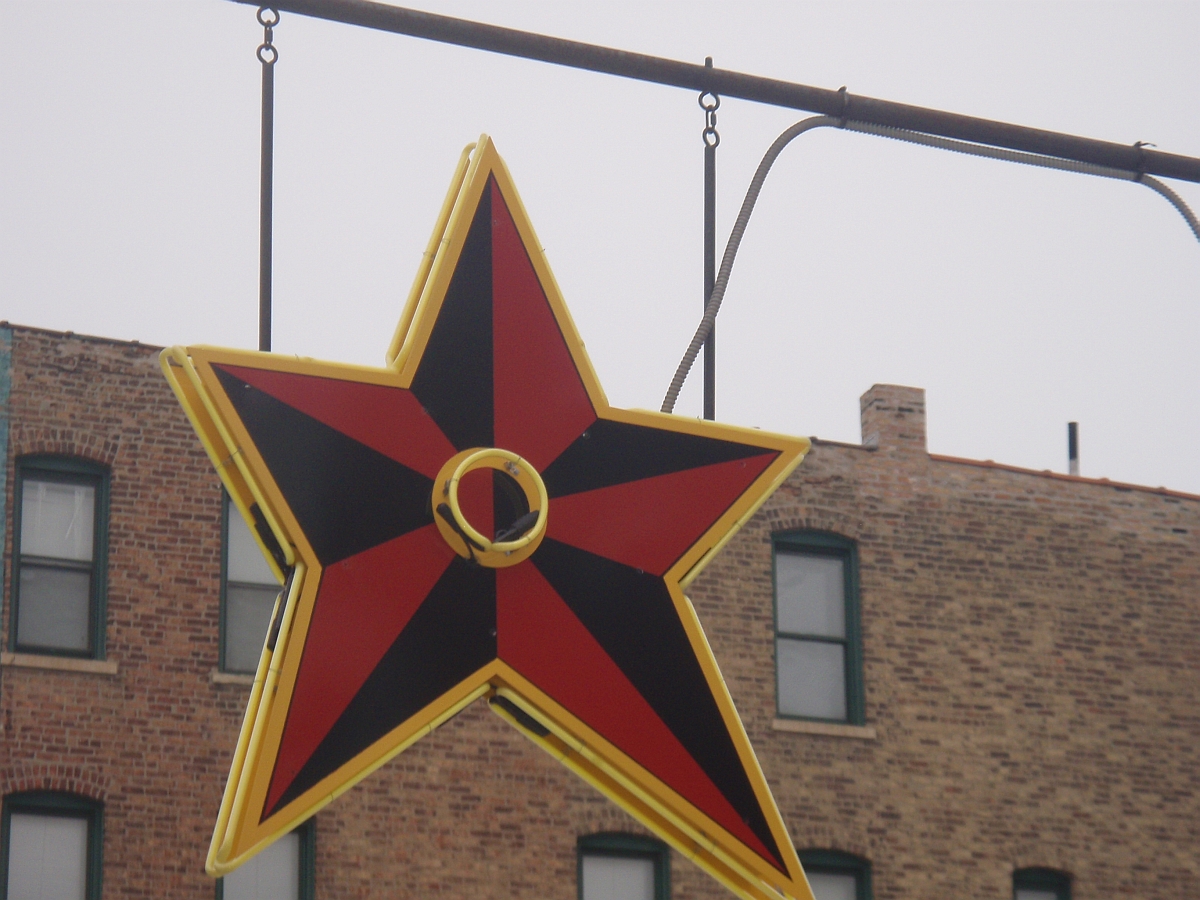 The writ was put down: my wife, Apple, was going to fly me to Chicago Friday morning for my birthday on Saturday to return Sunday afternoon for a little over 48 hours of child-free weekend time. This, naturally, meant eating. Joining us were our great friends, and fellow food and wine enthusiasts, Ben and Monika from L.A. We had five meals to cover in one of America’s, if not the world’s, great restaurant cities not including breakfast (which I took in bed, naturally).

But where to go? As the birthday boy, I was given restaurant choosing powers. While I was tempted by the molecular-gastronomic wonders of Grant Achatz’ Alinea or Homaro Cantu’s Moto and even tried unsuccessfully to get into the waiterless, all-chef BYOB Shwa, in the end I opted to pursue fun, revelry and merriment. We were largely successful, relying on a combination of Evan Saviolidis’ definitive GFR guide, an Anthony Bourdain pirated re-run on YouTube, Twitter and a Chicago restaurant publicist friend of Ben’s. Here’s where we went…

Topolobambo is celebrity chef Rick Bayless’ white linen dining room, next to his more casual (and more famous) Fronterra Grill, just outside The Loop in downtown Chicago. This meal was just Apple and I and featured a kind of refined Mexican cuisine, not too heavy on the chili, but complex with the sauce. They also served the best guacamole I have ever tasted, made from avocados Bayless imports personally. The margarita is pretty good too. Despite our waiter who was chewing gum (kind of gross), our meals we lovely and perfectly executed (I had ceviche followed by a duo of pork belly and shoulder in a complicated green sauce) and washed down with a big Santa Barbara Chardonnay. Everything was very, very good but… the people next door at Frontera were eating the bolder flavours of more casual Mexican fare, paired with beer or margaritas. Frankly, they looked like they were having more fun. Next time you’ll find me at the bar.

Paul Kahane is a chef-restaurateur legend, having developed a sophisticated Chicago-style farm-to-fork cuisine. He has a pub (The Publican) and a casual wine bar place (Avec) as well as Blackbird, which is further up on the fine dining scale and where we went for dinner. It was huge fun. On a Friday night the long white storefront was packed and full of bonhomie. There is nothing quite a good restaurant with a high level of energy. Faced with the menu we couldn’t decide and so ended up with the 11 (!) course tasting menu pictured at right (click to read through it). Everything was delicious and interesting without being precious and we had good fun with the wine list including a Viogner from Virginia. Service was excellent, absolutely professional but still warm and friendly. I’d go back in a heartbeat. (A bonus note: Avec is right next door, so we stopped in to have a quick nightcap at the bar there – very interesting room: a bit like a long horizontally cedar-paneled sauna.)

Apple and I wanted to hang out with Chicago hipsters so we set off on the L to Wicker Park, with friends Maggie and John, who are just moving to the city. After walking around the neighbourhood, with a stop-by at Reckless Records which was made famous in John Cusack’s film version of High Fidelity, we needed a place to have lunch. If I have said grumpy things about social media in the past, I must take them all back. Unsure of where to go I tweeted “where to have fun lunch in Wicker Park/Bucktown” only to have Toronto food writer Eric Vellend reply in about two minutes something along the lines of: Big Star hands down. Boy, was he ever right. Big Star is tucked in right by the actual Wicker Park in what used to be a gas station (we guessed a Texaco, but I don’t know). The restaurant is built around a big square central bar where 25 to 35 year olds with facial hair and/or big frame glasses drank draft beer or bloody Mary’s while waiting for a seat. After trying a local Goose Island IPA, we settled on Schlitz, which they offered by the pitcher for $10 and sat down at a booth for a meal of deliciously made tacos, for $3 each. It was loud, raucous and an absolute joy.

After our 11 course blowout at Blackbird, we were looking for something a little more down-home and casual. Ben’s friend suggested Vincent, a new and popular “American-Dutch” bistro in a Northside neighbourhood called Andersonville. Aha, I thought, this sounds great, I will discover the next big food trend that will sweep across North America: une vraie cuisine Hollandaise!  That’s not what happened. After beautifully done frites with mayonnaise(s) and a kind of meatball croquette, things fell apart at Vincent. To be fair, this could have been more to do with our ordering strategy then anything else. It is entirely logical that “mustard soup” would taste like soup with a couple tablespoons of grainy mustard thrown in, it’s just that you wouldn’t want to eat that. James Chatto says that when he is reviewing a restaurant and suspects he is getting special treatment, he is careful to look around the room to see how the other diners are enjoying themselves. At Vincent, everyone else seemed to be having a really good time laughing, eating and drinking with gusto. Maybe we just didn’t get it. And their extensive gin list and cocktail options might have had something to do with the high spirits around us. The wine list was short, simple and really well priced with most bottles under $40. Maybe if we had had the mussels and a Belgian beer, we would have a better gastronomic time. Perhaps my locavore urge steered me wrong: I had a roasted trout stuffed with sweet potato, which was fine if somewhat uninspired. Ben had a lamb burger with Gouda that looked pretty good, if not terribly avant garde. But the cheque wasn’t bad and we certainly leave didn’t leave unhappy. I bet if I lived in one of the arts and craft bungalows of Andersonville, Vincent would by my Friday night stand by, it just wasn’t birthday worthy and mustard soup ought to come with a warning.

Did I mention Saturday was my birthday? We got to Vincent a half hour early that evening and decided to check out the neighbourhood before taking our reservation. Very quickly we found In Fine Spirits, which is both a wine shop and a wine bar. It’s a wine bar with a serious cocktail program, where they make their own mixes and do things like light-up the orange peel before it goes into your Manhattan. We returned after dinner and did our best to try as many drinks as we could, ending with a “dark and stormy”… I think… I remember them all being very good…

After the built up excesses of the previous two days it was time to keep it simple. Our original idea was to try an ‘Italian Beef’, the signature sandwich of the windy city. It’s essentially a thinly-sliced roast beef sandwich au jus dressed with giardenia (hot Italian style pickled vegetables). Tragically, when we got to Mr. Beef, we found it closed on Sundays. With the meter running out on our stay, we walked a few blocks over to Portillo’s. On a first visual impression, Portillo’s ought to be horrible. It’s big emporium of a building with things like LED signs and long line-up of cars for its drive-through. Inside it’s all plastic trays, styrofoam cups and there is an elaborate ordering system to process the long line-up diners at a series of counters. But the Chicago-style hot dog is really, really good. Chicago dogs come with a soft poppy seed bun, pickles and tomatoes, long thin green chilies called “sport peppers” and a seasoning of celery salt. It works, and I happily wolfed down two before trying there version of Italian beef, which was ok, before marching back to the hotel to grab our bags and head home, fully satiated. 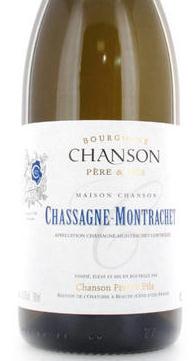 Only 120 Bottles of this Stunning Chardonnay Available

All The Best Seeks Inventory Manager 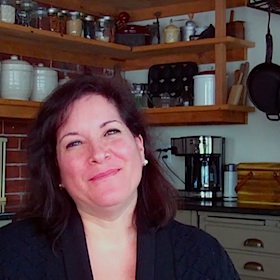 From The Farm in TO 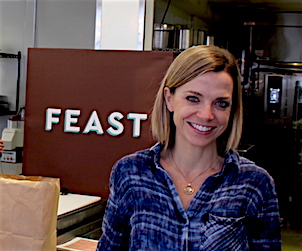