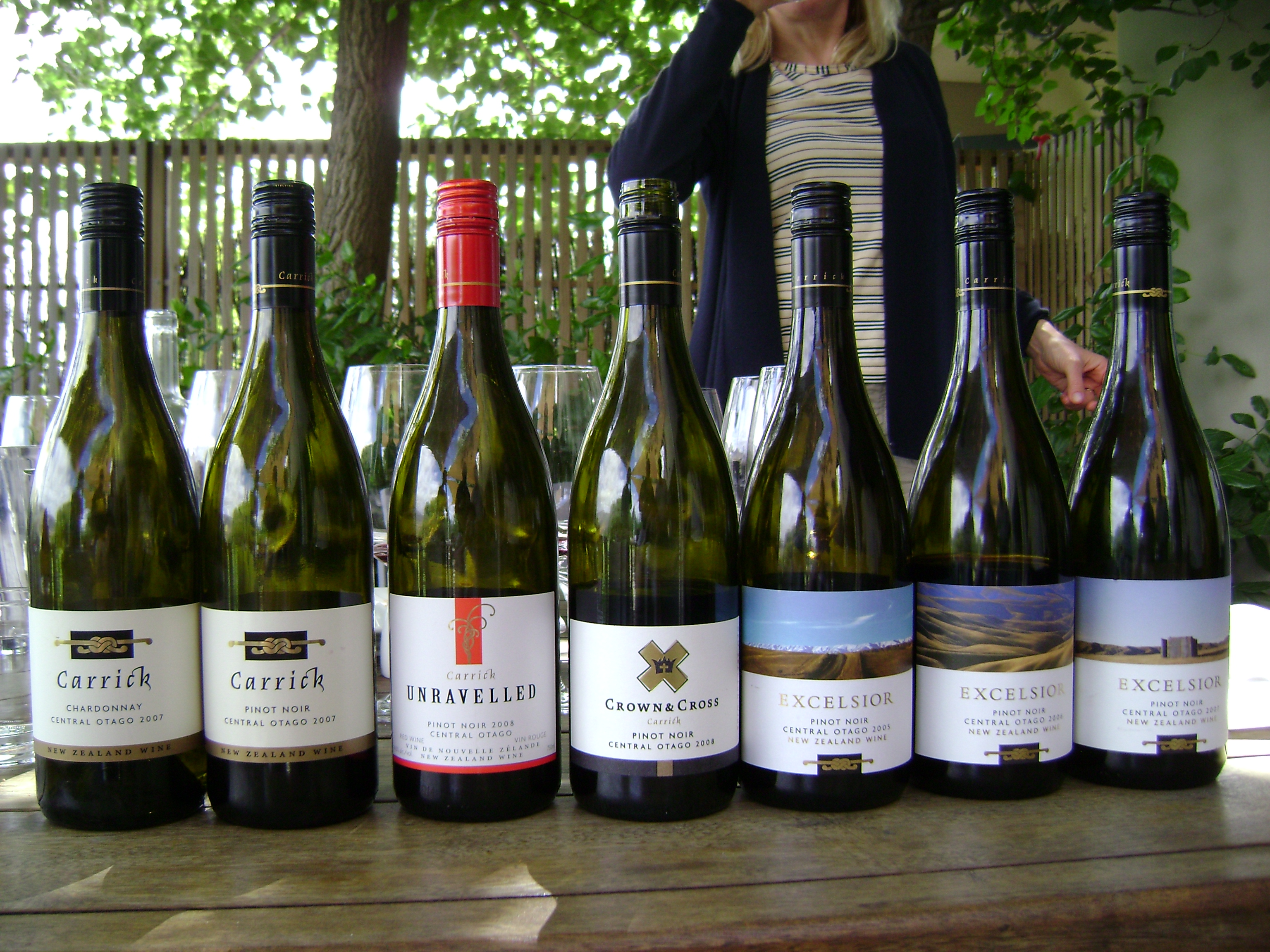 2008 Carrick Riesling Central Otago
Blossoms and citus on the nose. A lovely off-dry style that delights in every way. Quite serious terpines on the nose led me to believe that there had been some serious fruit exposure due to leaf plucking by I was informed by Steve that this had more to do with the warm nights during the 2008 vintage.

2009 Carrick Riesling “Josephine” Carrick Bend Central Otago
A sweeter style with only 9% alcohol. Pear, mandarin orange and lime aromatics. Harvested early to ensure a crisp acidic style. Very pleasant. I could most probably finish a bottle of this rather easily.

2009 Carrick Sauvignon Blanc Central Otago
Quite a rarity in these parts. Asparagus but with clean and ripe tropical fruit notes. Evidence of some extended lees contact. Rich and textured. Sauvignon Blanc is strangely enough a very shy yielding varietal in Central Otago. 14% alcohol but well balanced. 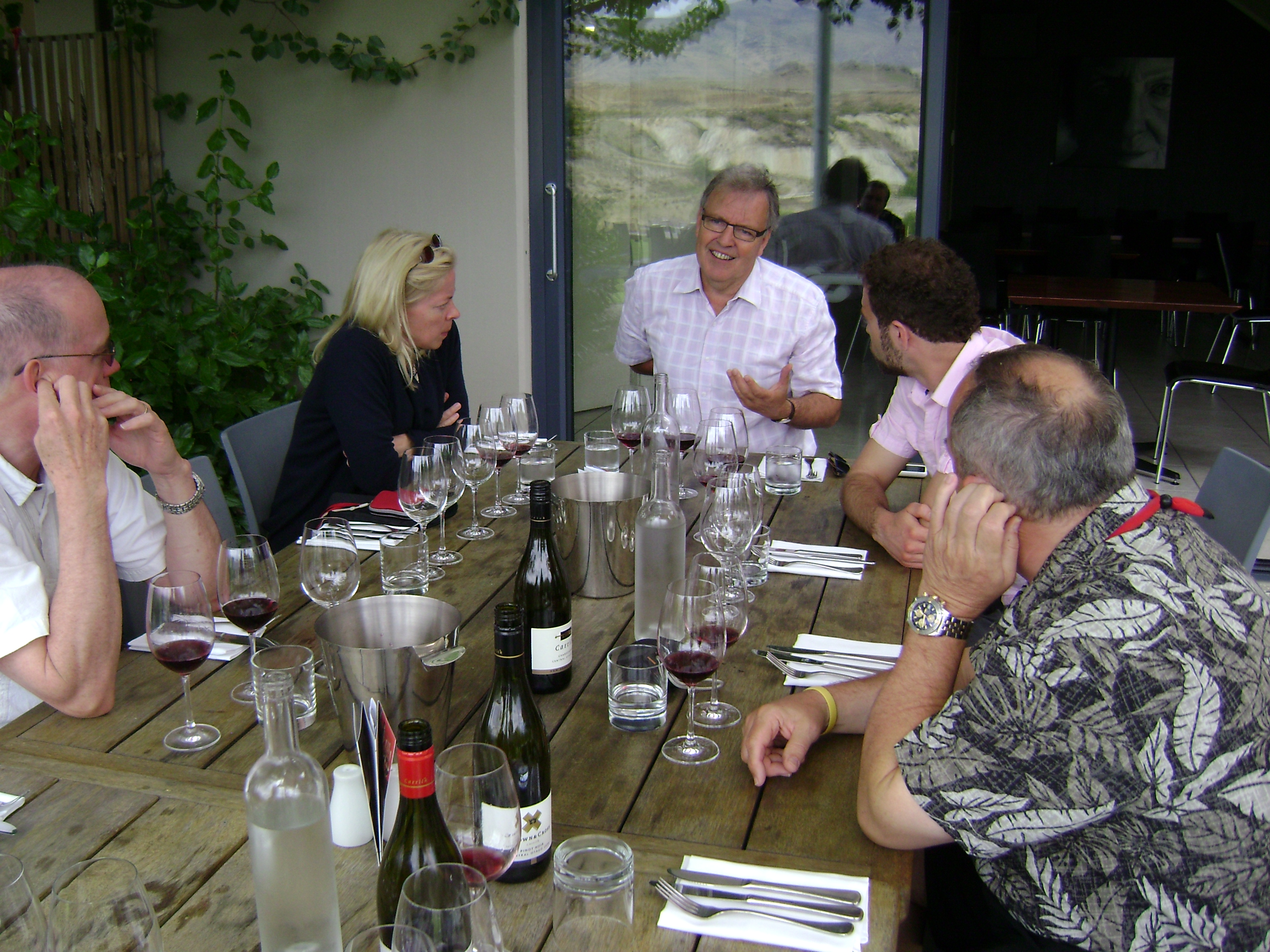 Tasting through the Carrick wines with Steve Green

2009 Carrick Riesling “Dry” Central Otago
Nose is quite reserved and shy. Crisp and severely austere. Searing acidity and bone dry because of it. A little short on finish.

2007 Carrick Chardonnay Central Otago
Barrel ferment evident on nose. There is also an appealing flinty minerality accompanying the autolytic aromatics. Pineapple and banana with a hint of vanilla pod. Acidity is brisk and lively. Creamy but precise and focused.

2008 Carrick Pinot Noir “Unravelled” Central Otago
Made from both estate and non-estate fruit this is a great introduction to the Carrick Pinot Noir line. Very accessible with lots of juicy primary fruit characteristics. You’ll find this on all Air New Zealand flights right now and it goes down very well at high altitude let me tell you!

2008 Carrick Pinot Noir “Crown and Cross” Central Otago
Named after an old goldmine on the Carrick estate, Crown and Cross refers to the miners optimistically hoping to be rewarded for their work in this particular mine in this world or the next. More of a fruit driven bottling in this vintage. Violets abound (as per the back label for once!) with some mocha, cocoa and sweet red berry fruits. Quite a steal at this price if one is into glorious primary fruits. 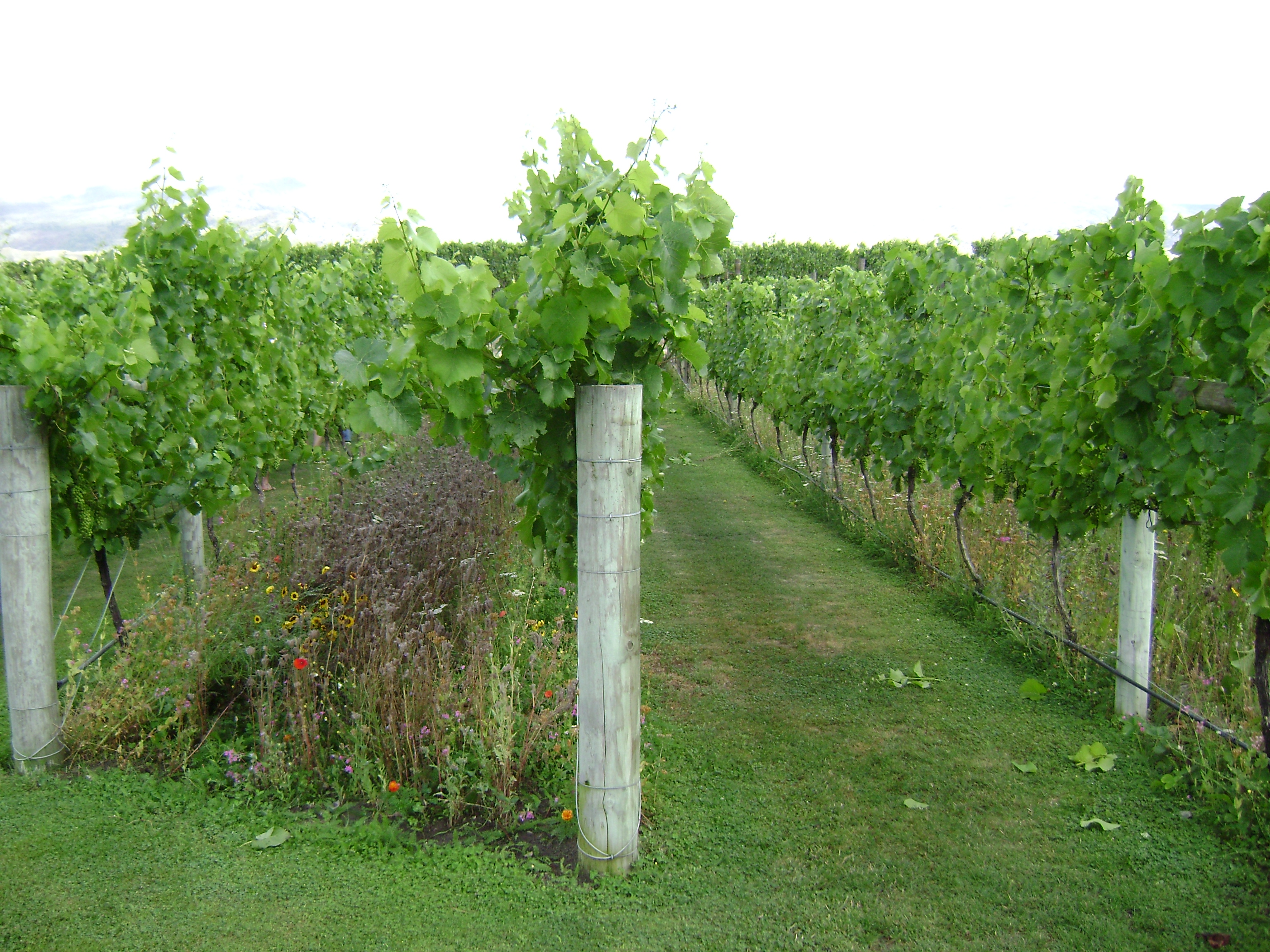 2007 Carrick Pinot Noir Central Otago
Intense dark berries and cedar. A really beautiful and balanced wine. Requires a little more time in bottle though. I am taking this to NYC this weekend for my blind tasting session at The Loft’s 40th anniversary. A benchmark “Central” Pinot Noir. Bloody good stuff. Most impressive.

2005 Carrick Pinot Noir “Excelsior” Central Otago
As that classic Underworld track is named, this one is “Dark and Long”. Intense and deep fruit on both nose and palate with a seductive herbal nuance. Showing some nice development in bottle. High acid and tight tannins. Still has a long life ahead of it.

2006 Carrick Pinot Noir “Excelsior” Central Otago
According to Steve this was an easy vintage to make Pinot Noir in. This bottling doesn’t quite have the structure and complexity of the 05 and 07 but is a good wine nonetheless. It certainly hits all of the notes that one would expect from Central Otago Pinot Noir. Curtis Elson, Sommelier from One was quite fond of this vintage. Quite fleshy and approachable.

2007 Carrick Pinot Noir “Excelsior” Central Otago
This wine is most certainly still in its formative years and will require quite a bit of age of open up and show at its best. Showing impressive concentration this wine is very tightly wound with myriad complexities. This is Steve Green’s personal favourite… and it is exceptional.

Edinburgh-born/Toronto-based Sommelier, consultant, writer, judge and educator Jamie Drummond is the Director of Programs/Editor of Good Food Revolution… and he’s trying to catch up with his diary… almost there!