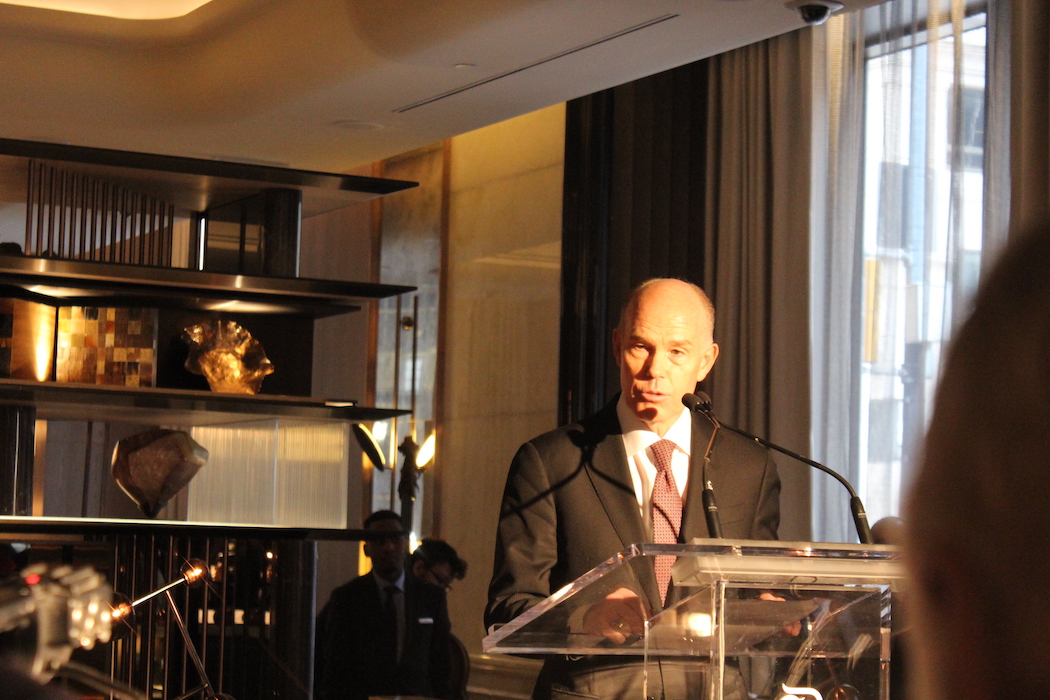 It was an unspoken rule but everyone who gathered for the opening of the new St. Regis Hotel from Mayor Tory who cut the ribbon, to the top brass from Marriott, and the gaggle of lifestyle journalists, kept to it: just don’t mention the old name of the towering complex of guest suites and rooms and condominium residences at the southest corner of Adelaide and Bay. I don’t think any of us wanted to kill the magic of the new, thoroughly refinished luxury hotel, where over half of the accommodations are multi-room suites. And I think most of us held some civic pride that Toronto had inspired Marriott to invest in their top tier chain, named after the original St. Regis in New York built by John Jacob Astor IV in 1904.

The remodelling is spectacular, not least the towering marbled room, on top of the tower, that houses the hotel’s Grand Bar and Louix Louis restaurant, managed by Hanif Harji’s Icon Legacy Group and serving modern takes on (mostly) French bistro fare: glamorous comfort food. Over lunch there in the company of a half dozen travel and food writers Paul Cahill, Marriott’s Washington-based Global Brand Leader, explained that in addition to the signature aspects of the hotel, like the 31st floor bar and restaurant, the Toronto hotel would also carry on the traditions expected at St. Regis hotels around the world like the Champagne Evening Ritual in the lobby level Astor Bar. 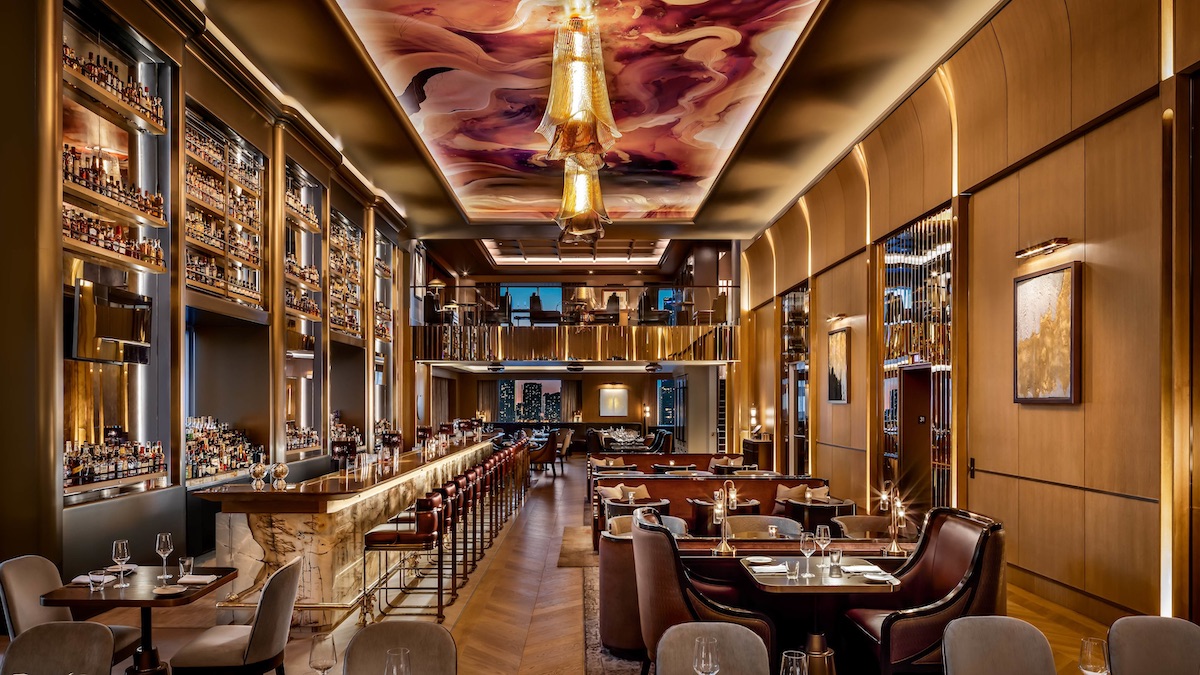 One of the key people involved in the 16 month transformation of the property at 325 Bay Street is General Manager Tim Terceira. On the day of the opening, in the living room of the expansive John Jacob Astor Suite high above the Financial District I sat down with him to have a chat that became the interview below.

Good Food Revolution: As the GM of the new St. Regis Toronto, you must have been involved in the transformation of the hotel since day one? How much have you slept in the last few weeks?

Tim Terceira: [Laughs.] Not much at all, especially in the last few days. But, yes, I joined the team here on, I think it was, June 26th, 2017 and within 27 days we were able to take over the management of the hotel and every moment of that time was spent working with the brand teams, the designers and the ownership group on how to create the St. Regis Hotel that we opened today.

Good Food Revolution: Well from what I’ve seen, I’d say the work has paid off. Tell me a bit about yourself. What’s your background.

Tim Terceira: I’m actually from Bermuda, so Bermudan by birth but also Canadian through my mother and I’ve lived in Oakville [Ontario] for 20 years.

Good Food Revolution: And before the St. Regis you were at the Ritz Carlton?

Good Food Revolution: What was the biggest challenge in terms of transforming this property into a St. Regis?

Tim Terceira: Oh, that’s easy: staying open. Someone said it best: it was like changing the wheels on a car while the car is still moving. And changing the car into a Bentley.

Good Food Revolution: Because you had, and have, residents.

Tim Terceira: There are 118 residences, and when we took over 45 of them had been sold – now we’re up to over 100, and almost sold out. So, there’s the physical side of the transformation, which was challenging, but also the emotional side: the service and culture of what makes a St. Regis. That has to work in terms of immersion and training and so forth. You’ve got to get there and continue down that path.

Good Food Revolution: What’s the talent pool like in Toronto?

Good Food Revolution: That’s great to hear, because I can remember a decade or more ago hearing that wasn’t necessarily the case. So, in that vein: what has been the easiest aspect of transforming the hotel?

Tim Terceira: I’ve been with Marriott for thirty years and I can tell you I love working with the brand, with our regional team and the ownership group. None of us had a lot of time in the building prior to the transformation, so as we learned about the building and saw what tweaks needed to happen, it has been phenomenal to have the support from Paul [Cahill, S.V.P. Global Brand Leader] and his team, and the ownership group.

Good Food Revolution: My focus is food and wine, so how does food and beverage work into your formula?

Tim Terceira: It’s huge! Food and beverage, and I would add spa to that as well, really add the personality to the St. Regis, for guests but also in the city. It localizes us. From Louix Louis, the Grand Bar and Restaurant to the Astor lounge on the lobby level. From a local perspective not everyone will stay in the hotel, though many do, but they will have the opportunity, and I hope likelihood, of experiencing our food and beverage service.

Good Food Revolution: As a local I think you’re right. I can imagine having to meet someone downtown and slipping into the hotel to go up to the grand bar for fun.

Tim Terceira: So much business comes into Toronto because of what is happening here locally: the local reputation of the hotel because of food and beverage is important. So are the event spaces, which are also used locally: again the quality of the food and drink service and the elegance and personalization of the guest experience have an impact. It’s all tied together.

» Good Food Culture » At The St. Regis with Tim Terceira