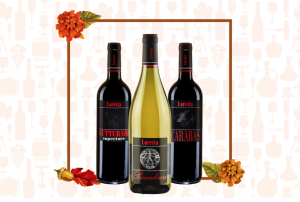 Despite its relative obscurity throughout the wine world, Emilia-Romagna is Italy’s fourth largest wine-producing region, behind only Puglia, Sicily and Veneto. The region is best known as Italy’s gastronomic hub, where fertile land and a local appetite for hearty fare have created a foodie’s delight. It is also the country’s automotive centre, where names like Ferrari, Lamborghini and Maserati call home. On the surface, it might seem that wine is an afterthought.

Quantity rather than quality has driven wine production in Emilia-Romagna, historically. Only 15% of the wines produced classify as DOC quality, and much of that is of the modest variety, and mostly sparkling. The region is probably best known for producing Lambrusco, which gained significant popularity in the 1970s and 80s with its low price and sweet, bubbly appeal. Like similar wine stories—Australian Shiraz and Argentine Malbec, for example—that international success was both a blessing and curse. The commercial success of Lambrusco brought prosperity and notoriety to the region, but it cemented Emilia-Romagna’s reputation for being an area that only produced massive amounts of usually uninspiring and ordinary wines. It also led many of the region’s wineries to continue to focus their efforts on producing massive amounts of low-quality wine.

Towards the end of the 20th century, pockets of extreme quality began to crop up with increasing regularity. This small, but important group of quality-obsessed producers farmed organically/biodynamically and restricted yields to maximum effect. Whilst the majority of the region’s producers farmed vineyards in rich, alluvial plains, this new breed of wine grower focused on hillsides with poorer soils, often near the borders of Lombardy and Tuscany. And while the international wine buyer has been slow to recognize the quality and incredible value of today’s wine from Emilia-Romagna, the increasingly savvy local market has not.

About the Author: Buyers & Cellars