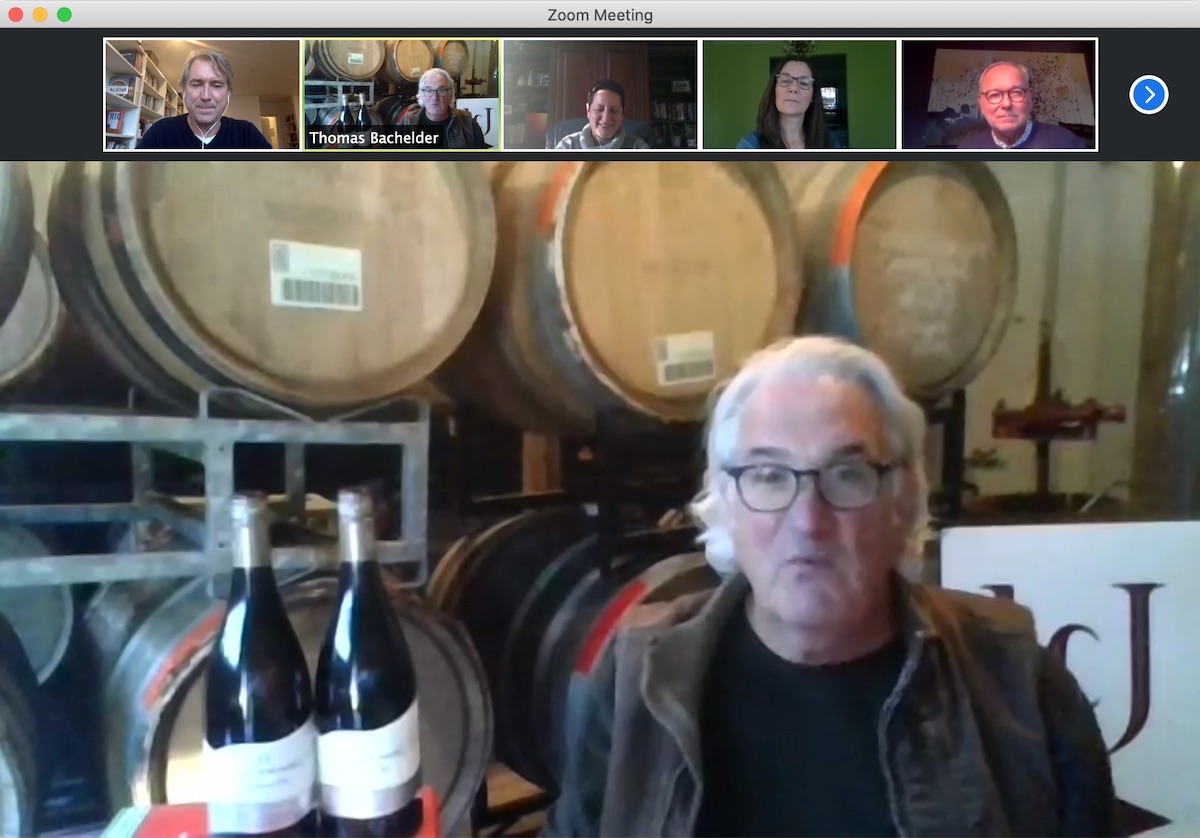 The big good news story in Ontario wine last year was the rebirth of Le Clos Jordanne under the supervision of its original, founding winemaker, Thomas Bachelder. The news, which had incredibly been kept secret for more than two years, broke the same day that the Raptors won the NBA Championship, and the first bottles of the 2017 vintage came out of the cellar at a launch party in Toronto the following November. I covered the relaunch and the triumphant return of Le Clos on GFR here, and although only 12 months have passed, it seems like a long ago time and place where people gathered to clink glasses and celebrate good news.

This year when we gather it’s on Zoom, and while we can’t clink our glasses outside of our bubble, we can still celebrate good news. That’s what a small group of local wine journalists and I did recently, when Arterra Wine Canada’s Elsa Macdonald MW hosted us and Bachelder for a virtual tasting of the 2018 Le Clos Jordanne Grand Clos Chardonnay and Pinot Noir. 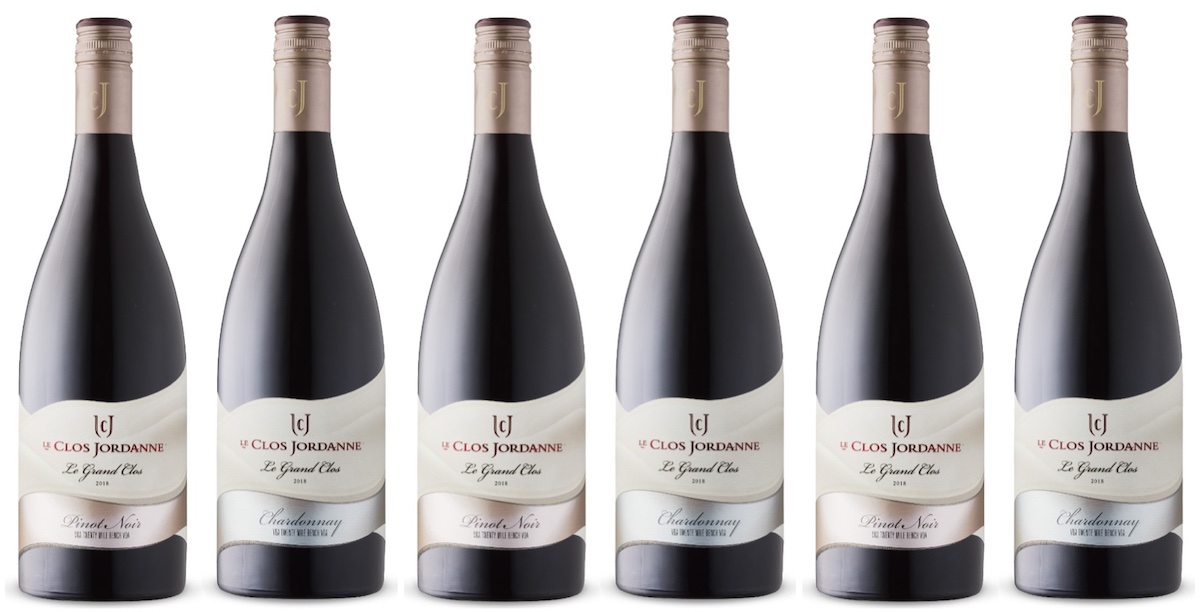 The 2018 vintage will be released to the public on Saturday, November 28 at LCBO Vintages shops and at leclosjordanne.com. The Zoom event was held a few weeks before, and Bachelder explained that it was interesting to speak to a growing season two years ago, having just wrapped up the current one. He said that 2018 “was one of those years when you said, OK prove it to me that this is a cool climate.” 2018 was a warm summer and Bachelder said it stayed warm through the harvest. In warm years, he explained, he takes longer to elevate the wines in barrel so they “find their centre”, and that the 2018 Chardonnay and Pinot Noir took no chapatalization nor acidification. But he warned, the warm growing season in 2018 meant that many of the grapes grown on the Grand Clos didn’t make the cut for Le Clos, and only about 1,000 cases of six were made of the Chardonnay and Pinot Noir respectively.

We began with Le Clos Jordanne Le Grand Clos Chardonnay 2018 ($44.95 | LCBO# 184549). The first thing that stuck me was the weight of the wine; heavy and serious. This is a fancy Chardonnay that show fruit notes from citrus to tropical (Pineapple Lifesavers) and touch of butterscotch on the finish. At 13% alcohol by volume it was in perfect balance with a good dose of mouthwatering Niagara acidity. It wants food: maybe a long holiday lunch.

We moved on to Le Clos Jordanne Le Grand Clos Pinot Noir 3018 ($44.95 | 184564). Warm summer or not, this is an undeniably cool climate wine, with red cherry and cranberry notes. I have heard Thomas Bachelder describe wine making in Ontario as ‘trans-Atlantic’, and I’ve often thought it applied particularly to the best made Pinot Noir, meaning they tasted somewhere between Burgundy and Oregon. (Bachelder makes, under his own label, Chardonnay and Pinot Noir in Burgundy and Oregon, as well as from other sites in Niagara.) This is a complex wine that’s showing well young with a hint of rose aromatic and pleasant touch of bitterness on the finish. There’s lots of food friendly acidity and a savoury quality that suggests minerality. If our holiday tables are going to be small this year, we may as well pivot our wine budgets from quantity to quality, and it would be difficult to imagine a better turkey wine.

In the course of the tasting, Bachelder told us he saw the relaunch of Le Clos Jordanne not as a project of bringing back the label, or a style per se. Instead, he said, “It was a project to bring back the terroirs, which are the finest and most elegant in the area.” So, some good news at the end of this difficult year. Le Clos Jordanne is back for good with the release of its second ‘renaissance’ vintage, and two more waiting in the Arterra cellars. 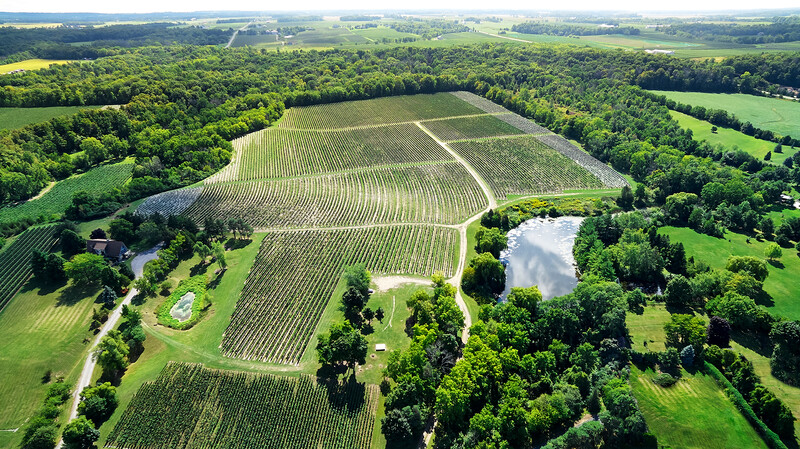