Exploring Beaujolais : A Look At The Moulin-à-Vent Cru 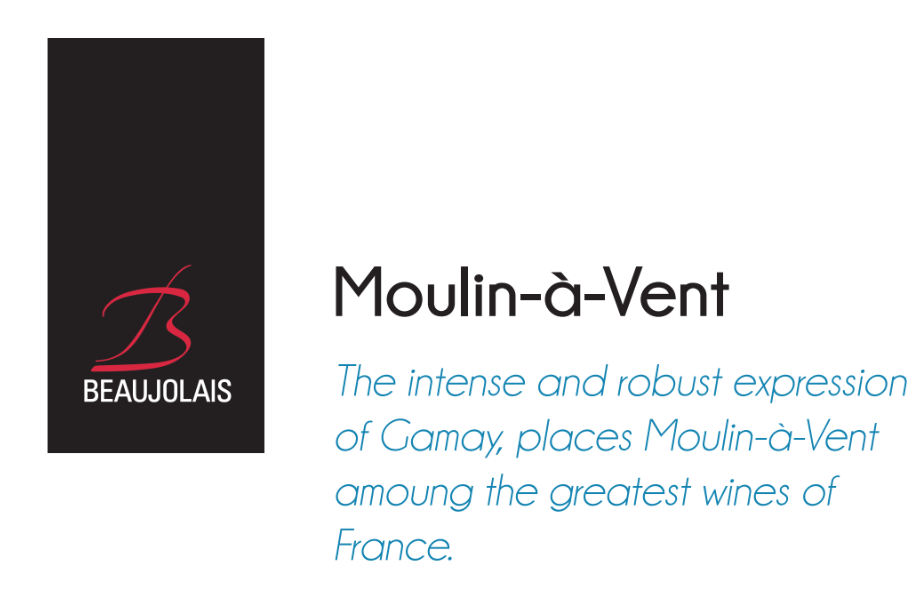 Geographical Location: Moulin-à-Vent is located in the very north of the Beaujolais appellation and encompasses areas in both the Rhone and Saone et Loire departments on the western side of the Saone River. The appellation is bordered by the Fleurie Cru to the south and the Chénas Cru directly to the north. The official boundaries of Moulin-à-Vent cover some land in the administrative commune of Chénas, and the vineyards surrounding the town of Chénas itself all fall under the Moulin-à-Vent appellation.

Topography: The vineyards of the Cru are positioned on the south and southeastern-facing slopes of the rolling Beaujolais hills between 750 to 1,280 feet above sea level. This positioning provides them with some protection from the potentially harsh continental weather systems that come in from the northwest. The Cru’s higher number of hours of sunlight combined with the heat-sink influence of the Mediterranean Sea to the south extends the region’s ripening season, leading to grapes with a great deal more complexity and balance. 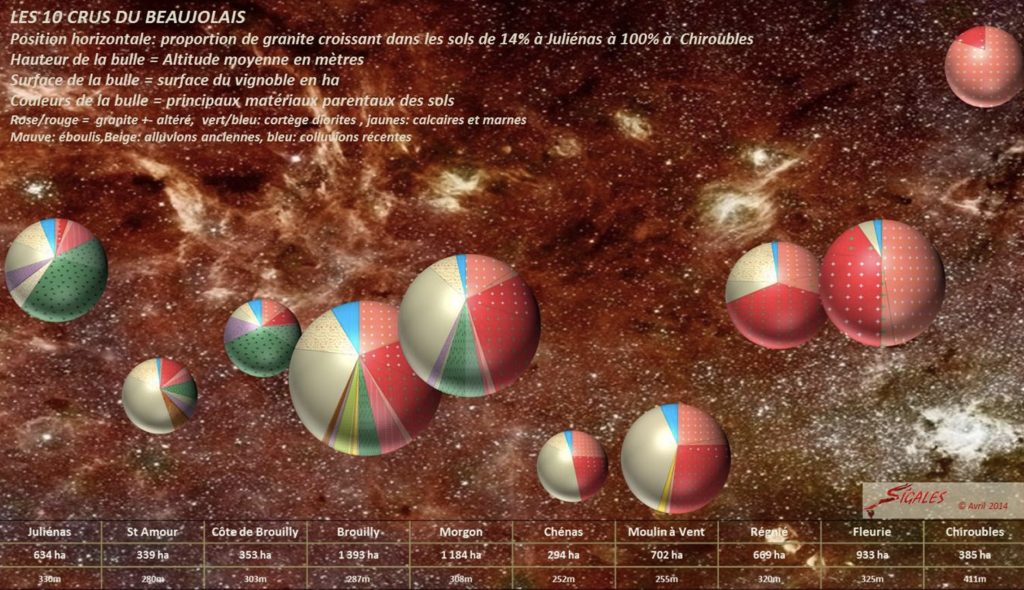 Soils: Moulin-à-Vent’s soils are typically made up of crumbly pink granite known locally as “gore” or “grés”, but rather interestingly this is in most of the region riddled with seams of manganese. Manganese is partially toxic to grapevines and stymies the growth of both leafy vegetation and the grapes. Whilst this may be seen a bad thing, the reality is quite the opposite. As the Gamay vine can tend towards vigorous growth and higher yields, this manganese anomaly in the soil profile keeps both of these factors in check, resulting in smaller yields of smaller but extremely concentrated berries, leading to wines that are deeper and more intensely flavoured than those is other parts of the region.

History: The name of the Cru refers to the French term for windmill, and indeed Moulin-à-Vent’s iconic windmill overlooks the region’s vineyards from its position at the centre of the vines. This windmill was granted historical status in 1930.

The Cru was first recognised by the Mâcon courts back in 1924 in an effort to combat counterfeit wines.

Today the vineyards of Moulin-à-Vent span across more than two square miles, comprise some 280 growers, and produce an average of 3 million bottles a year.

Wine Styles: Known as the King of the Beaujolais Cru, Moulin-à-Vent wines are often regarded as the very finest of the entire Beaujolais region.

Pouring a ruby to dark garnet in the glass, the typical wine from the Cru will exhibit expressive floral (fragrant roses violets, iris) and fruity (black cherry, strawberry, black raspberry) aromatics. Depending upon the producer’s choice of cooperage (read: oak barrels) for élevage.

On the palate the wines tend to be more full bodied and complex than other wines of the region, with finely structured and sturdy chalky tannins and a deliciously juicy and tangy boysenberry/black cherry fruit core. As the wines age they begin to express nuances of forest floor, musk, truffle, leather, and some seriously alluring gamey characteristics.

With its typically fine and structured tannins, the better wines of Moulin-à-Vent can often age 10 to 20 years, usually much more than its Beaujolais counterparts (with perhaps the notable exception of Morgon).

I feel that there is certainly something slightly magical in the soil on that windmill-topped hill, as the wines of Moulin-à-Vent regularly feature amongst my very favourites of the entire Beaujolais region, and indeed one of finest wines in all of France (for my palate anyway!)

Food Pairing: As with all my Beaujolais, I like to serve Moulin-à-Vent very slightly chilled.

As with all Beaujolais, Moulin-à-Vent is a fine foil for all variety of French charcuterie such as patés, terrines, rillettes, and saucisson sec. It will also pair nicely with French bloomy-rind cheeses such as Brie and Camembert, but be careful that they are not served overripe.

Personally I have had most success with the wines of this region with an autumnal hare stew infused with subtle tinges of juniper berries and bay leaves, served with roasted and herbed vegetables.

Beaujolais locals have advised me that they regularly enjoy with Chicken with 40 cloves of Garlic, Spicy Thai Wings, Boeuf Bourguignon, Carne Asada, Osso Buco, Grilled Steak w/ Roasted Shallots, and classic Pepperoni Pizza… I’ll have to try that last one!

Msr. Aviron is a real wizard with his Nicolas Potel-associated Beaujolais, and this lovely Moulin is no exception. Hailing from a parcel of vines over 100 years old, this is seriously structured example of what the appellation is capable of. The fruit is seriously ripe here, giving off aromatics of baked black fruits that one wouldn’t expect in a Beaujolais, but I put that down to a combination of both these older vines and the vintage. The plate is still a little edgy and angular in its youth, with rather astringent tannins and a pronounced acidity. A couple more years and this will be drinking perfectly, but best to let it slumber in the cellar until then.

Of all the many Moulin-à-Vent I have tasted over the years, it is this bottling from Jadot’s Château des Jaques that I have had to have the most sublime longevity. These have always been Beaujolais that have been built to last. This vintage is really quite delightful, with loads of juicy black fruit supplemented with a healthy kick of oak spice. Consumed young you’ll find a surprisingly tannic edge, but as I mentioned, these wines always have legs, and regularly outlive most other Crus. The 2014 is really coming into its own and exhibiting some gorgeous mineral nuances on the palate. Delightful.