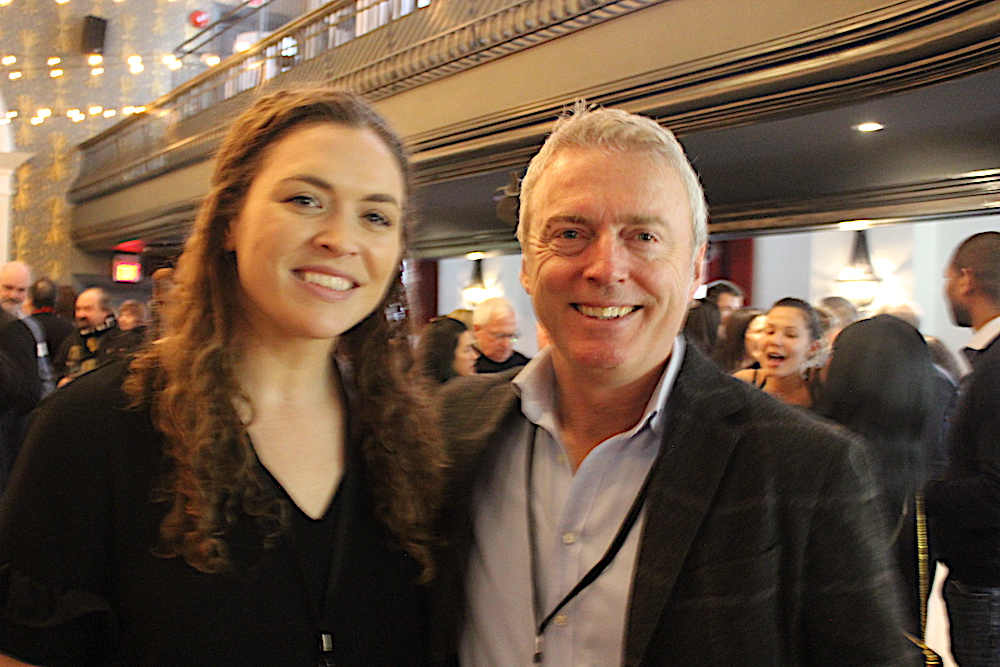 The sommelier turned educator Mark Davidson was back in Toronto this week with the Wine Australia winter show. While Canadian importers and Australian winemakers and export manager set up their tasting tables before the show in the Great Hall, Davidson led a morning seminar and tasting in a room packed with sommeliers, wine trade and journalists. Davidson, an Australian based in the U.S., who worked as a sommelier in Toronto for a time, has been talking about Australian for some time and is well known in wine circles as an entertaining, no B.S lecturer. It was no surprise the seminar was fully subscribed, and yet he opened the deliberations by saying he didn’t think he could have got very many people to attend a seminar on the subject ten years ago. The subject being the variety of wine grape most associated with Australian, and most connected with its being in or out of fashion: Shiraz.

Davidson’s seminar tasting was called: Heritage and Place: The evolution of an Australian classic, and consisted of a structured tasting of nine Shiraz wines from nine producers in nine regions. They ranged in price from $22 to $270 a bottle. Before we tasted, Davidson said, “There is no such thing as Australian Shiraz,” and explained he hoped we’d see in the wines a diversity of regional influence and winemaking style. We began with Tyrrell’s Hunter Valley Shiraz 2017 ($24.95), which struck me as surprisingly fresh and veering towards red fruit – a far cry from the big jammy stereotype of Aussie Shiraz. From Tyrrell’s in the Hunter north of Sydney, we moved west to the Grampians north of Melbourne to taste Best’s Great Western Bin No. 1 Shiraz 2016 ($21.95) that showed lovely blackberry and black currant notes under a bouquet of violets and a light seasoning of Aussie menthol. Delicious and amazing for the price. Then, we headed back towards the capital to try the Clonakilla Canberra District Shiraz Viogner 2016 ($105.00) that showed, despite the co-ferment of somewhere around 5% Viogner a pure black fruit. We pushed back a little east to try the Giant Steps ‘Tarraford Vineyard’ Yarra Valley Syrah 2018 ($60). This wine, I think, was the only in the line-up to call itself Syrah, rather than Shiraz, and I suppose that’s fair enough as it showed inky, purple fruit and violet characteristics one associates with the Rhône and herbal, garrigue-like, seasoning. We stayed in Victoria to try the Jasper Hill ‘Georgia’s Paddock’ Heathcote Shiraz 2015 ($109.75), which at five years was still youthful with gripping tannins and black and blue fruit. Next we went west again towards Adelaide for the striking Shaw and Smith Adelaide Hills Shiraz 2016 ($44.95) for more herbal character and lively raspberry red notes. We stayed in South Australia to try the Paxton Wines ‘Quangdong Farm’ McLaren Vale Shiraz 2018 ($32.99). This wine surprised with rosy aromatics and red fruit notes that lingered long after each sip. We didn’t venture too far for the next wine: the John Duval Wines ‘Entity’ Barossa Valley Shiraz 2017 ($59.95), which showed deep and inky black, purple and blue fruit. And we finished still near Adelaide with the Henschke ‘Mount Edelstone’ Eden Valley Shiraz 2015 ($270.00) which seemed to be all things at once: vibrant with black fruit, fresh but weighty with silky tannins, seasoned with herbs and long on the finish. And so concluded the tasting of some of Australia’s highest rated Shiraz.

Mark Davidson’s seminar was just the prelude to the tasting in the much bigger room next door, full of Australian wines, so when we were done the room pretty much emptied as most attendees raced off to the main event. I lingered for a few minutes, re-tasting some of the glasses before me and thinking about the wines. Yes, for sure there was a diversity to these wines, in style and, from what we were told, terroir. The lightness of the Shaw and Smith Shiraz, for example, can be attributed, at least in part, to the relatively high elevation and cooling sea breezes of the vineyard sites. But, as usual, what interested me was what brought the divergent wines together, and I think it was a purity of fruit and an antipodean precision in the wine making that’s been undervalued in recent years. I don’t mean they were slick, I mean they were all demonstrably well made and in remarkable balance and harmony, no matter where they lay in the price spectrum.