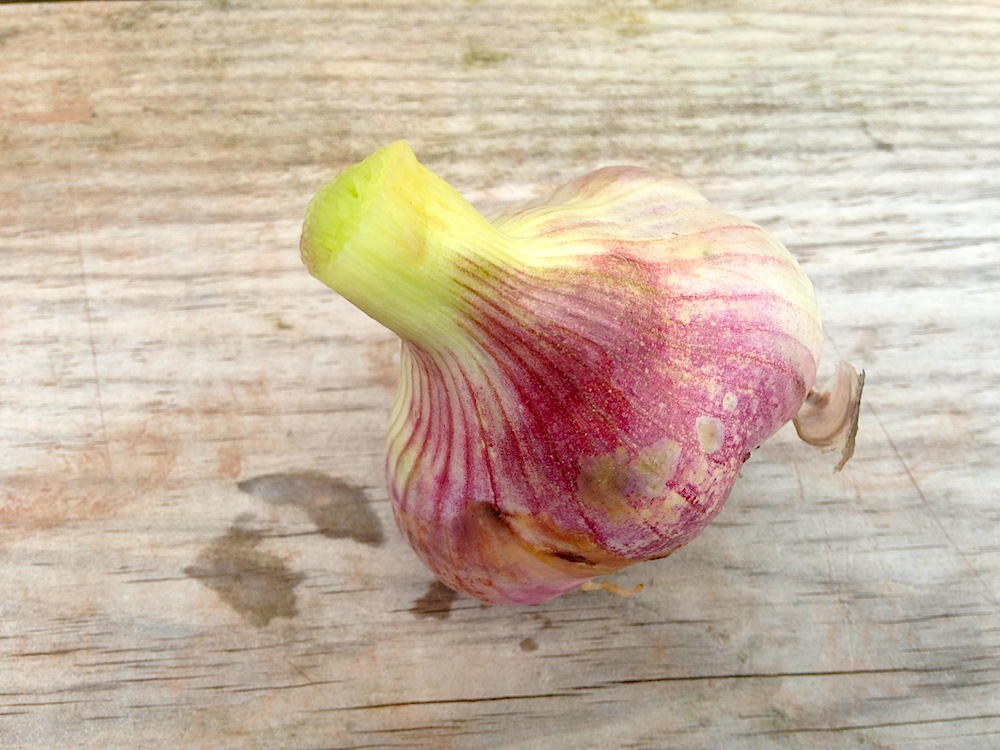 Peter McClusky says garlic is not just a seasoning, but also a vegetable. The founder of the Toronto Garlic Festival wants consumers to experience the world of difference between local hardneck varieties of garlic and the soft, or really no, neck varieties imported year round to supermarkets. He explained to Good Food Revolution over the phone that, “The garlic from China is a softneck garlic that doesn’t produce a scape, the big farms in China like that because growing it is less labour intensive, but it’s less tasty.” Like so many other commodity grown foods, imported garlic is bred and grown for ease of shipping rather than flavour. Even when fresh, McClusky said, the softneck garlic won’t taste as good – the tell sign of this industrially grown garlic is the absence of a stem in the middle of the bulb. 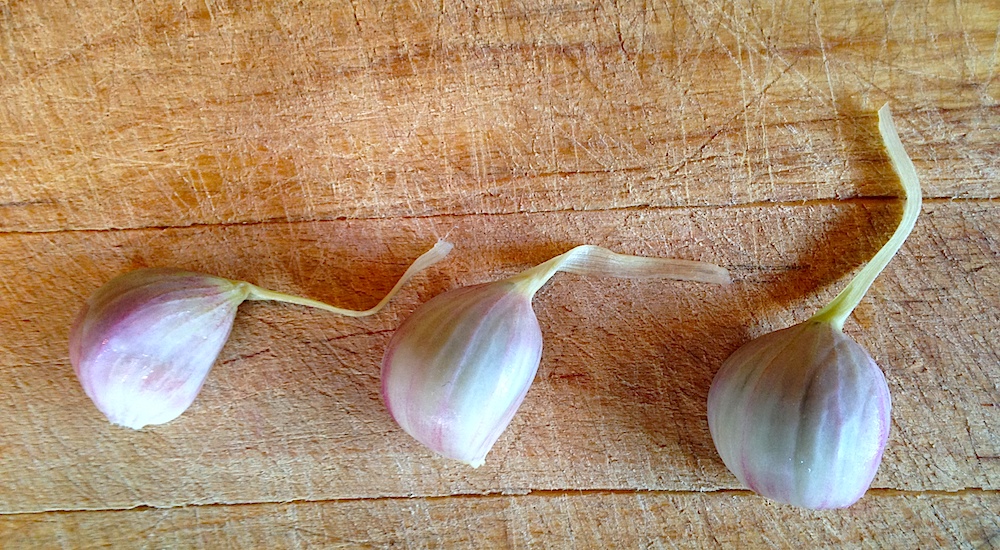 So what exactly is fresh garlic? McClusky, who farms garlic outside of Toronto near Acton, explains it’s simply about timing. The bulbs of garlic picked in season between June and October have a soft skin, since they haven’t been “cured” (i.e. dried out) for storage over the winter. Curing intensifies flavour, as the water content diminishes and stabilizes the cloves for storage: think of braided bulbs hanging on the wall of a farmhouse kitchen. Fresh garlic is, in fact milder, and presents more complex and subtle flavours. In Ontario, we are in prime fresh garlic season right now. 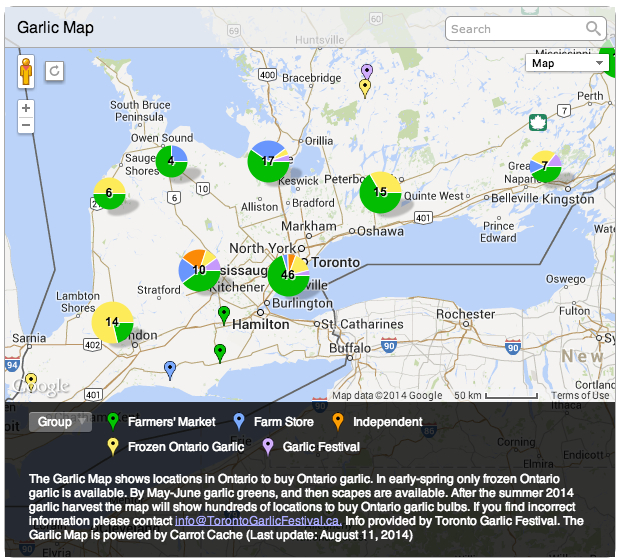 Like so many drawn to a job in artisan food, garlic farming is McClusky’s second career. He worked for over a decade as a high ranking digital marketing executive in New York City before coming back home to Ontario. He’s kept his marketing and promotional instincts and founded the Toronto Garlic Festival as a way to apply the skills of his past life to the realities of his current one. He wants consumers eat better garlic, and is working hard to make it happen. One new project of McLusky’s is a continually updated map of where to buy Ontario garlic, funded by Carrot Cache, a organic food community foundation associated with The Big Carrot grocery store. He hopes to add that many more places where people can find locally grown, hardneck bulbs.

The Toronto Garlic Festival will be held Sunday, September 21 at the Evergreen Brick Works from 9 to 5. Click here for more details.

One Response to Fresh Garlic