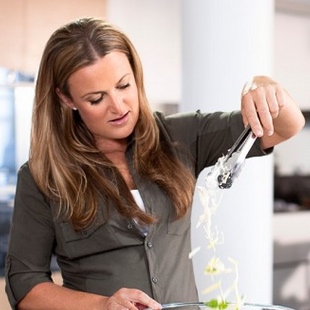 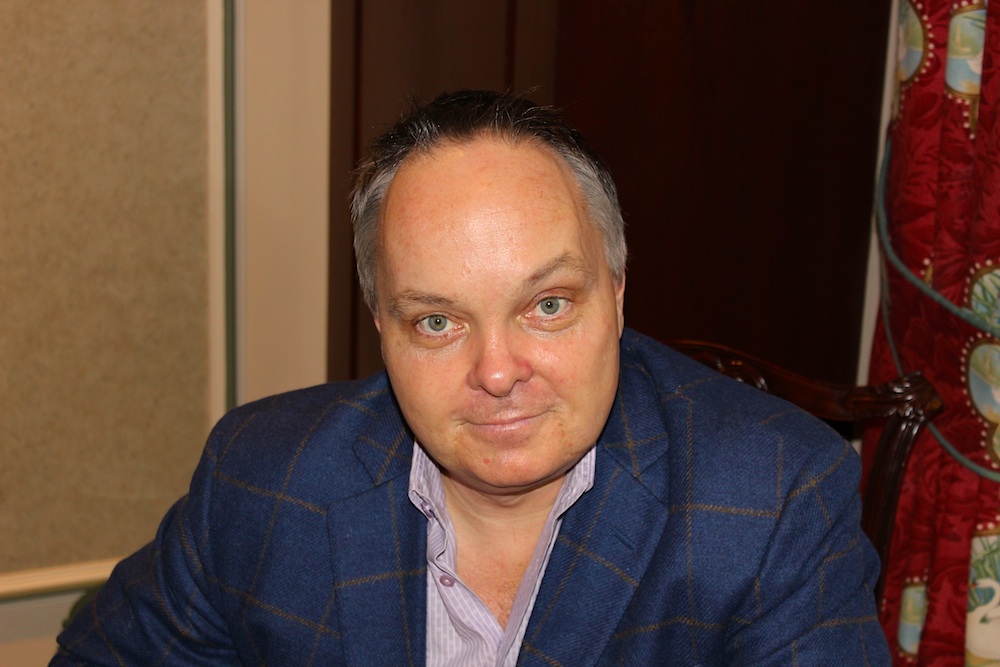 For a decade and a half, Chris Knight produced food-based television shows for big television networks. “Food is my passion, television is my business,” he explains. In December, Knight launched Gusto TV, a new Canadian food TV network dedicated to “food, wine, cooking, travel and all those things.” As Gusto picks up cable providers and its audience grows, Knight plans to produce more shows and is looking for Gusto TV’s future stars with a nationwide casting call going on now.

I caught up with Knight when he was in Toronto last week to find out more about Gusto TV. The interview I recorded, and present below, has been edited.

Good Food Revolution: So, how do you start a a new food TV network?

Chris Knight: Literally, everyone I haves talked to has said that I am out of my mind. To launch a national television network in millions of homes across the country was not something that a small private company [Knight Enterprises] did. It was something that only large multi-billion corporations did. But I was born in Glasgow: I am Scottish, I am Roman Catholic and I am a Taurus and that is a lethal combination. If you tell me I can’t do something, then I’m going to go out and d my best to prove you wrong. So, after five years of a lot of hard work, we launched Gusto on December 11th, and we’re currently in about three and a half million homes and expect that to be about five million homes by the end of the second quarter.

GFR: And who can watch Gusto now?

CK: Right now we’re on Bell and EastLink in the Maritimes. We’ll be on Telus very shortly, and now that we have launched we’re in negotiations with all the other guys – Cogeco, Rogers and everybody – to launch over the course of this year.

GFR: The kinds of shows that you’re airing seem to be the “dump and stir” and travelogue shows that I like to watch, since I’m mostly interested in food, cooking and food culture. But apparently – according to the big networks – everyone else wants reality shows.

CK: Well, I think our ratings would say differently and, you know, I made a very good living for a long time making shows for The Food Network and I think they were great. But if you go home tonight, and you want to watch sports, you’ll have a lot of different channels to choose from. same goes for drama or movies. But, I think that most Canadians, when they think of food programming, they think of one place. The Food Network has decided to go in one particular direction with its programming. They’re very popular, they do very well and I know a lot of really nice people who work there, but you only had one choice. Gusto is another choice. We want to present programming that is different from what you see on Food Network. There’s no point to going to all this trouble just to do the same thing that everyone else is doing. It’s not just television, it’s the subject matter I am passionate about: I love to cook. So, Food Network does a great job with contests and game shows, and we do a great job with cooking and travel shows; all the kinds of shows that made Food Network popular in the first place, you’ll now see on Gusto. 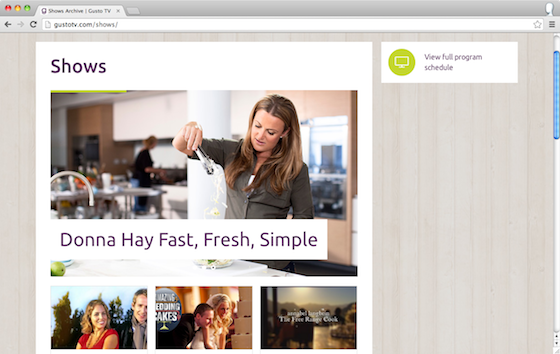 GFR: Ok, so to that end, you’ve got a sort of general casting all out, right?

CK: As we discussed, my background is in television production, and I love making food shows. One of the great things about owning your own network is that you get to make shows for yourself. And so, the other day we did a national casting call because we want to find the new faces of Gusto. we want to find the people out there, whether they are professional chefs or passionate foodies like you and I who have a talent and a joie de vivre and an ability to communicate that on television. we want to find people and turn them into the next big stars, give them their own television shows and build a brand around them.

GFR: What kind of shows?

But we also have a couple of other really cool shows that we’re exploring and trying to figure out what to do first. What we’re really looking for is talent and you never really know where you’re going to find it. We really want to encourage people to send in videos of themselves. And this is great, this is the fun part: finding the next big star.

CK: We’re going to do some pretty cool things. We’re build Gusto for people who love cooking and eating and travel. We have great programming now, but we really want ot put more of our own programming on that reflect the Canadian sensibility in cuisine and culture. So, we’re very, very keen to get back in the studio.

Find out more abourt Gusto and its casting call at gustotv.com. 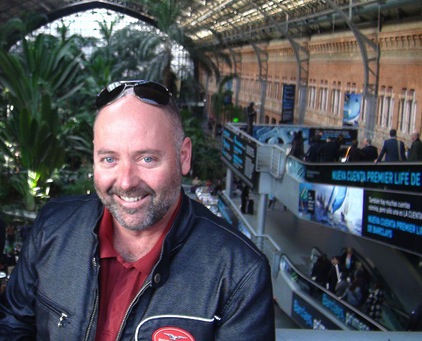 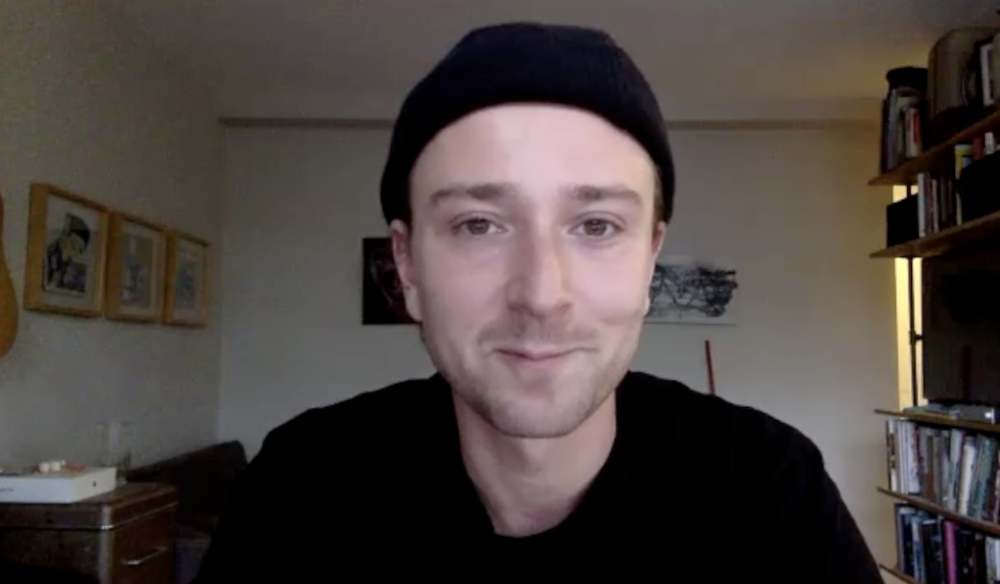 Life In The Time Of COVID-19: Jacob Wharton-Shukster Of Chantecler/ Le Phénix, Toronto 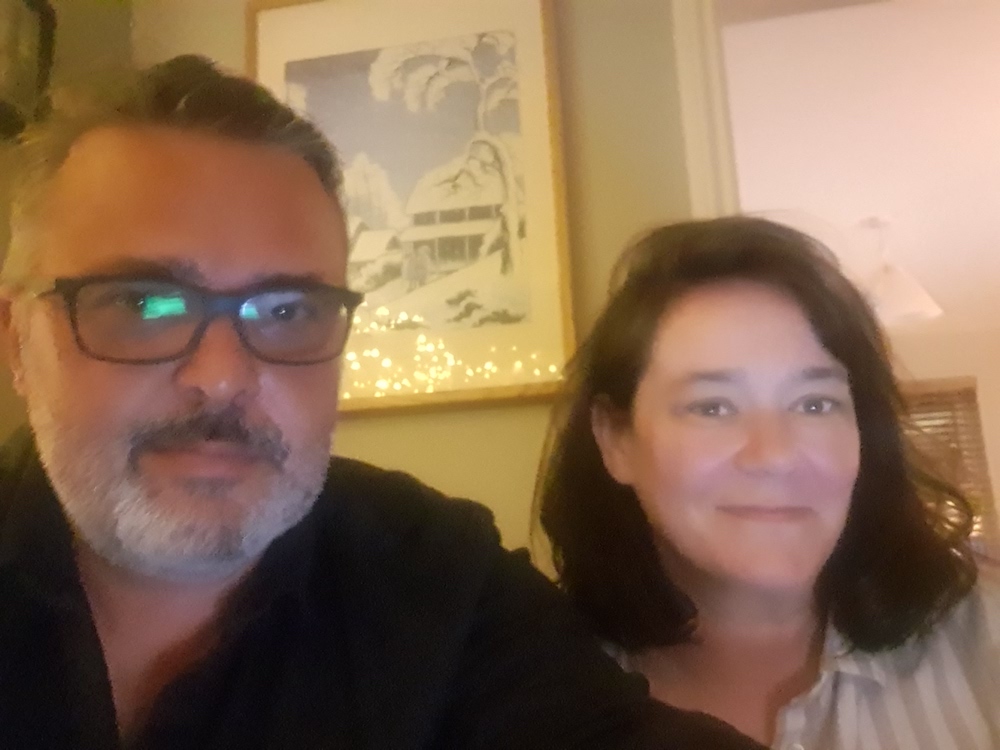 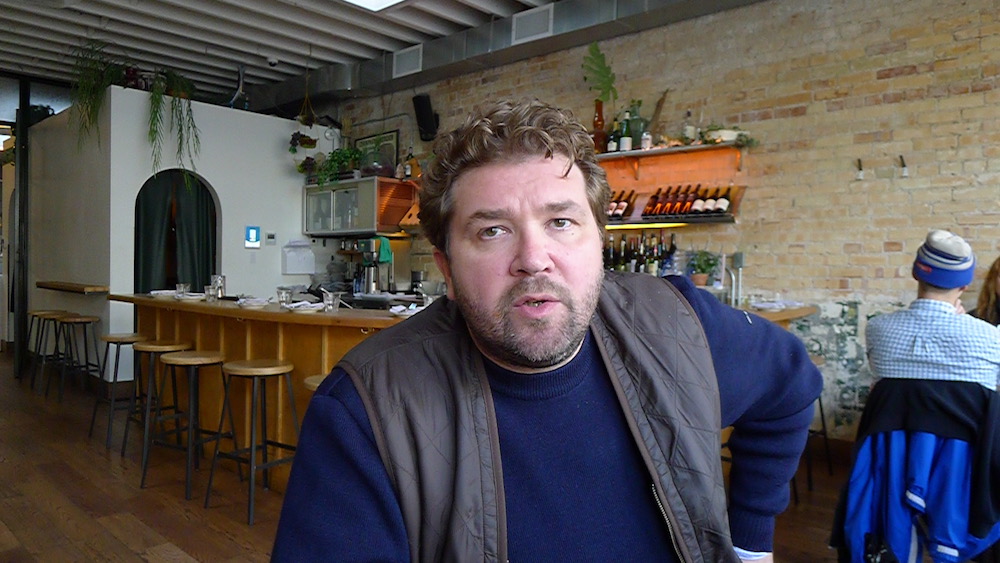