It won’t be long (March 17th, to be exact) until Saint Patrick’s Day is upon us. If you’re of Irish descent, the day might hold significant cultural and/or religious significance. Or not. In any case, getting into the Irish spirit is something all of us can do to celebrate. While it might be argued that the real spirit of Ireland is Guinness, most of us are astute enough to know that Guinness is a beer, and that the true “spirit” of Ireland is whiskey (with the “e”).

Bernard Walsh, Managing Director of Walsh Whiskey, has played a leading role in the re-emergence of Irish whiskey. His Writers’ Tears and The Irishman labels have gained global accolades, and have been embraced by whiskey lovers here in Ontario. He stopped in Toronto recently, and had an interview with Quench magazine. You can read the full interview by clicking here to hear him discuss the state of Irish whiskey today, his approach to whiskey making, and some exciting future plans for Walsh Whiskey.

Possibly the main thing to know about Writers’ Tears and The Irishman whiskies is that they are traditional Irish whiskies, with full flavour, bold character, and remarkable complexity. 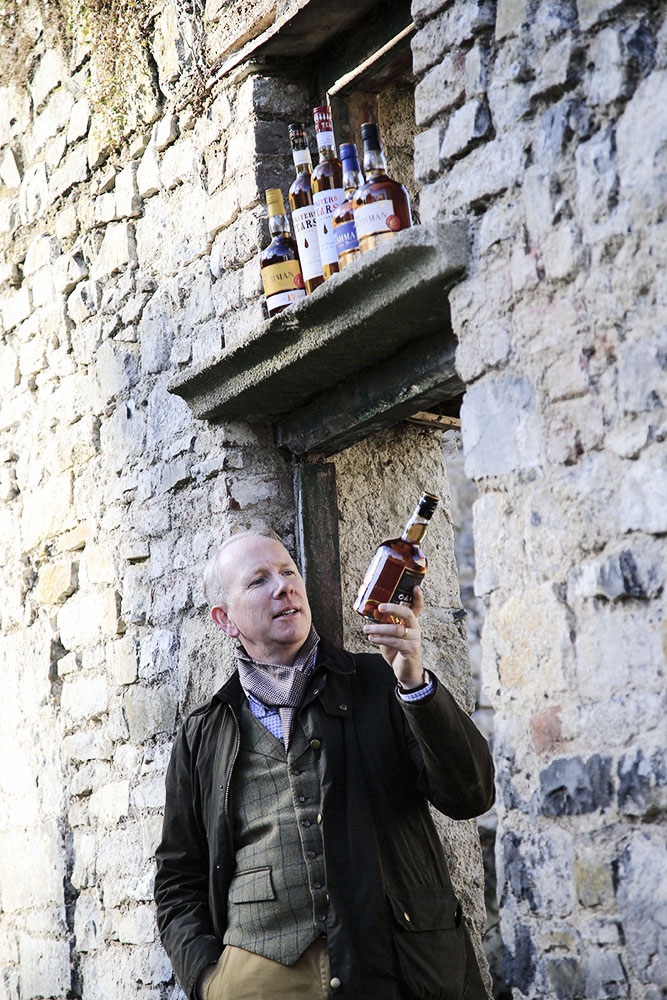 Find in stores or buy online.

The marriage of malt and pot still whiskies has been known to result in the creation of “The Champagne of Irish Whiskey.” Writer’s Tears Copper Pot is exactly that, a sophisticated and elegant blend of the two distinctive whiskey styles. Expect to find some forward, fruity nuances (apple and pear), combined with hints of vanilla pod and balking spice on the nose. On the palate, warm honey,  vanilla, and ginger are interlaced with some malty undertones. Fruity/honey notes leave a lasting impression on the finish.

Another triple-distilled combination of single malt and single pot still whiskies, this whiskey undergoes a unique double aging regime. Both ex-bourbon barrels from Kentucky, and French Oak cognac casks from the Allary Cooperage are employed in the maturation process.

A non-chill filtered single malt Irish whiskey matured entirely in oloroso sherry casks. The result is a powerful, complex dram that puts to rest any preconceptions that all Irish whiskies are “light” and “delicate.” The sherry influence is evident in the fragrant nose that leans towards sultana, candied orange peel, and dried apricot, enhanced by suggestions of mild smoke and cedar. In the mouth, nutty/sherried flavours come forward, backed by a touch of marmalade, and a dash of sweet raisin pie.

A triple-distilled, premium combination of 70 per cent aged single malt and 30 per cent aged single pot still whiskies matured in ex-bourbon barrels, The Irishman Founder’s Reserve is a gold medal-winning, 100 per cent copper pot distillate that’s become a modern Irish whiskey classic. Zesty and peppery initial aromatics give way to orchard fruit, malt, and dark chocolate, all of which reappear in the mouth, along with additional suggestions of smoky oak, toffee, malt, and citrus that segue into a haunting finale of butterscotch and vanilla.

In addition, there are limited quantities of other Writers’ Tears and The Irishman expressions available online via lcbo.com or in selected stores. These include:

About the Author: Woodman Wines and Spirits

Our company specializes in the importation, distribution, sales, and marketing of fine wines and spirits in Ontario through the LCBO. Woodman Wines and Spirits Inc. was founded in 1990. Russell Woodman, the principal and senior consultant has, for over 30 years, successfully built and grown the wine business for brand owners the world over.