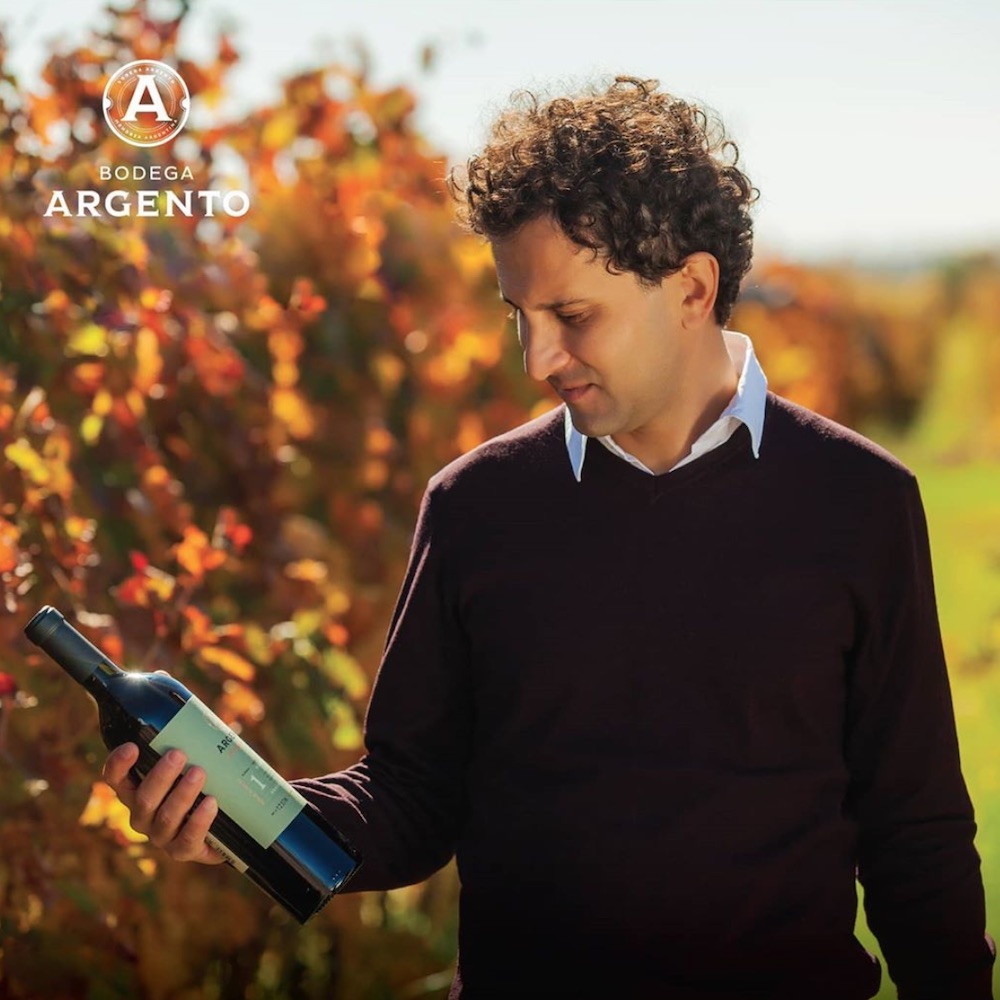 The Mendoza based winery Argento was created initially in 1999 as a joint venture between the British wine importer Bibendum and the renown Argentine house Catena. It was sold in 2012 to the industrialist Alejandro Bulgheroni, who is known for his luxury vineyard and winery holdings in Napa, Bordeaux, Tuscany, among other places. With Bulgheroni’s ownership came the renown eonologist and consultant Alberto Antonini and access to Bulgheroni’s Vistalba wine concern in Argentina. Under Antonini’s guidance Argento has become Argentina’s biggest organic grower and the company is steadily shifting its focus to organic production. The man on the ground making this happen is Mendoza native and Argento head winemaker Juan Pablo Murgia, who I talked to via Zoom recently to make the two video interviews below.

I hadn’t tasted Argento wines for some time, and was very pleasantly surprised when I did before talking to Murgia. The Argento wines widely available in Ontario hover around the $10-$15 mark, and I expected a ‘supermarket’ taste profile from them: hot and sweet on the reds, and flabby on the whites. I was wrong. The entry level ‘Selección’ Pinot Grigio, which is $11.50 at the LCBO, was fresh and stone fruit forward, while the Chardonnay was lemony bright but with some good weight on the palate. The reds from entry to the more prestigious single vineyard organic labels were also bright and fruit friendly, with red fruit notes along with the blue, black and violet notes one associates generally with Malbec. I was particularly taken by the certified organic 2017 Finca Agrelo Malbec Cabernet Franc blend, with its deep dark cherry notes over a solid tannic structure, and the 2018 Finca Altamira, a single organic vineyard, 100% Malbec that was fresh in acidity, full of red fruit and interestingly aromatic.

JUAN PABLO MURGIA AT ARGENTO PART I: IN THE VINEYARD

JUAN PABLO MURGIA AT ARGENTO PART II: IN THE CELLAR