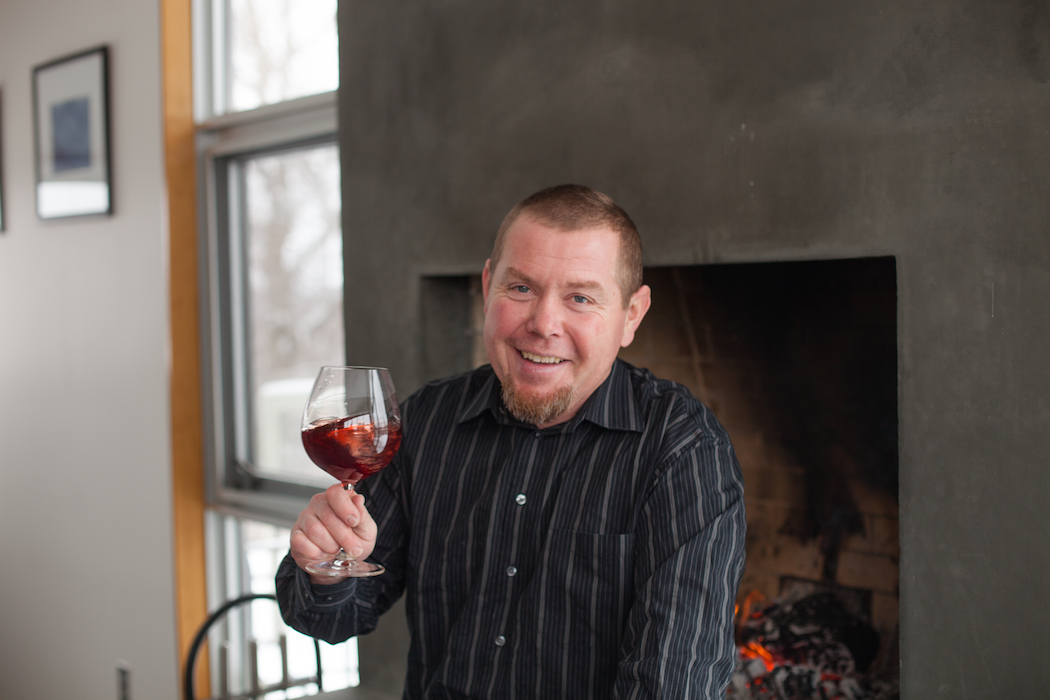 Earlier this year, Keith Tyers was named winemaker at the prestigious producer Closson Chase in Prince Edward County. It’s a job that’s only been held by one other person, the legendary winemaker Deborah Paskus, who helped found the winery and quickly brought its wines to renown among critics and collectors. Tyers served as Paskus’ assistant in the vineyards and cellars for many years, and was selling Closson Chase’s Chardonnays and Pinot Noirs across Canada before returning to winemaking. As the first signs of spring emerged in Ontario, I spoke to Tyers last week from the winery  to see what was on his mind as he begins his first vintage in The County.

Good Food Revolution: So, how are things? What are you up to?

Keith Tyers: I’m getting ready for a trip out to the East Coast.

GFR: What are you doing out there? Are you pouring some wine?

KT: Yes. We’re going to the Prince Edward Island Festival of Wines. I went last year when I was still doing sales, and we thought it would be nice to go out again and see everybody. We have a wine dinner at Terre Rouge in Charlottetown, and then we’re going to go on to Newfoundland to see everyone there. Jeremy Bonia and Jeremy Chalres at Raymond’s are great supporters as well as Todd Perrin and Stephen Lee at Mallard Cottage.

GFR: So when did you take the reins? It was earlier this year, so 2015 will be your first vintage as a winemaker. Obviously you’re going to change everything?

KT: [Laughs.] That’s been the big question: what’s my philosophy or theory? But I worked with Deborah [Paskus]; I was Deborah’s assistant, I learned to make wine from her, so the philosophy is not going to change. Will some of the viticultural practices change a little bit? Absolutely. Will some of the wine making change? Maybe a little bit. You’re going to impart a little bit of yourself into the wines, but when you learned from somebody who made world class Chardonnay you know the formula works. And I think Pinot is something The County can do really, really well, and something we can do really, really well. I mean, our youngest Pinot vines are nine years old now and just hitting their stride.

GFR: This winter was so brutal, at lest here in the city. How did you survive it?

KT: We had the coldest February on record. Things haven’t come out of dormancy yet. It’s been one of the latest maple syrup seasons in The County. But temperatures are rising and going up this week. We had a few nights below minus 25, so everything that was above the ground is toast. We know that, but this year’s vintage is buried under the ground. We’ll see what it looks like when it comes out. We had some warm sunshine at the end of last season, so hopefully that solidified things and we’ll have lots of fruitful buds ready to go and we can look at getting our two tons an acre.

GFR: What about what you’ve got in your cellar?

KT: Well, everyone is going to tell you everything is perfect, right? [Laughs.] 2014 is a really great vintage. We’re seeing a lot strawberry, raspberry and cherry coming out of the Pinots, that you should get in The County. In my opinion, we’ll never get those super ripe profiles that, say, Niagara does, but they’re very classic Pinots – quite similar to the 2009 vintage. The 2014 has some of those feminine qualities: quite floral and up front, whereas 2010 was more of a masculine vintage. The 2014 Chardonnays are beautiful; lots of ripe fruit that’s anywhere between peach and baked apple with poached pear in there as well. But there is still that nice acidity and mineralogy that comes from our place. So, things are looking good. Things are tasting good. We’re just going through and seeing where everything is at. We’re looking at getting the 2013 Pinot into bottles. 2014 was the largest vintage we had from our County vineyards, so there are a lot of barrels sitting in the cellars, so now it’s just a matter of letting Mother Nature do her thing and not messing around with them too much.

GFR: It sounds like you’re having some fun in your new job!

KT: It’s great. I don’t think you get an opportunity that often in life to do exactly what you want to do and do it with people you enjoy working with and I have both those privileges. I’ve been at Closson Chase since 2003, so I know every plant. It’s great to be able to follow the plan, take over from Deborah and have these amazing vines – vines with age – to work with, at a place that’s near and dear to me, with a great team and with the ownership group that’s a great group of people.

One Response to Keith Tyers Interview