Wine and Art is an ongoing GFR series on the relationship between the two creative endeavours by collagist Lorette C. Luzajic. 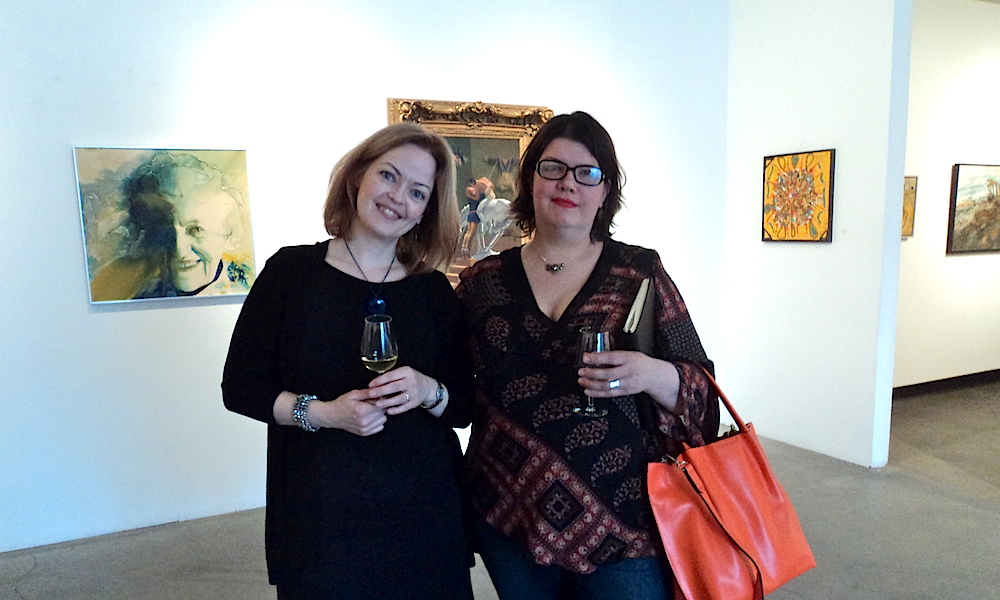 It was a perfect, understated gesture to have Leonard Cohen’s artwork in the small room, off to the side. It felt kind of like church, being in the presence of the priest of poetry.  I stood there alone in the quiet space, crying in the chapel.

Then, with my prayers and penance out of the way, I strode directly to the front table. It was time to start on the wine.

Wine and Art’s Treasures From the Vault was hosted the Saturday night of April 26th at the Edward Day Gallery by sommelier extraordinaire, Lesley Provost.

Lesley’s wine list was something she curated to accord exquisitely with the theme “treasures from the vault.” Her selection included Chianti from a family in the wine business for nearly a millennium, a delicious Garnacha, and a lightly spicy South African white to complement an array of cheese. 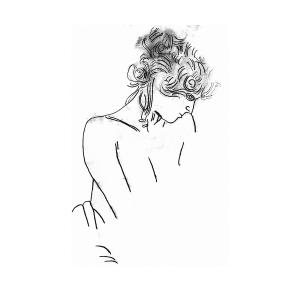 But we started with a tangy sparkling white, Domaine de Vaugondy Vouvray Méthode Traditionnelle Brut. The crisp and fizzy mouthfeel was appropriately celebratory as I moved from one treasure to another, musing about the classic pairing of wine and art at openings. “Wine at art openings was probably common before wine at dinner in Canada,” Lesley told me. “Wine is a great social lubricant…Put people in a crowd with others they don’t know, put a glass in their hands- it helps people mingle.” This is exactly what happened after the bottle made its rounds. I began talking to other guests about the Painters Eleven.

A number of Painters Eleven were represented including Harold Town, Tom Hodgson, Kazuo Nakamura, and William Ronald. The Painters Eleven, not to be confused with Group of Seven, were Canada’s abstract art pushers. It was notoriously difficult to have abstract work shown in Canadian galleries during the mid to late ‘50s, and these artists set out to change that sorry state of affairs.

The bizarre thing about the Painters Eleven is that they became quite famous in their day, but outside collecting or curatorial circles today, hardly anyone knows them. This is exactly the opposite of how art fame usually works, with artists longing for recognition during their lifetimes, but often not finding their way into the public imagination until after death.

The collective had some colourful characters. Critic Douglas Fetherling wrote of Town, “…He was heroically and theatrically prolific… Two: he had serious personality problems.” Then there was Hodgson, who liked to paint abstracts on live nude women at his art shows. He served slices of cheese and salami on a bare naked lady. But Ronald outdid him. Ronald a dandy with glittery white suits who showed up at his retrospective with an exotic dancer on each arm. Ronald loved to drink to excess and also had a serious addiction to chocolate. His last painting was entitled “Heart Attack,” so named after suffering one while working on it. He then died.

Ronald’s displayed treasure at the Wine and Art event was called, “Snooky Pryor: Chicago Blues Musician.” A vibrant, energetic homage to the harmonica great, it commanded my attention over and over throughout the evening. 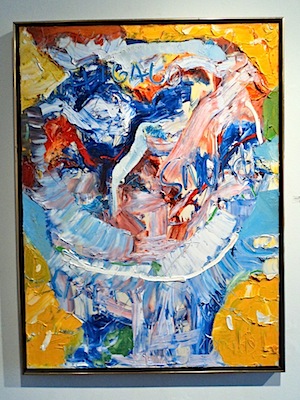 Which was also a fair descriptive for the second wine of the evening, South African Tierhoek 2009 Chenin Blanc. Vibrant, energetic, with a touch of “baked apples” that Lesley pointed out in her wine talk. I have to return to it later, even after two incredible reds are brought out, if only for another captivating swallow.

“In keeping with the old and new theme,” Lesley said after pouring the Barone Ricasoli “Rocca Guicciarda” Chianti Classico Riserva 2010,“this Tuscany wine house has been in business since 1141. To put that into perspective, that was 21 years before Genghis Khan was born. It was the era when Middle English was just being developed.”

This little bit of context makes the glass that much more exciting. Lesley had spoken with me earlier about how she felt wine illuminated everything around. The context then gave more depth to the experience of the wine.

All the things she said I felt were also true about art. “It is a lens for everything I find interesting,” she told me. “It’s at the heart of social interactions. You have to know about a wide variety of subjects to fully appreciate it.” In turn, it then helps you discover those subjects. You learn about “geography and climate and technology and history.” Wine and art enrich the mind; they allow us a deeper experience of all life has to offer.

The Chianti was followed by a stunning 2005 Alto Las Pizarras Garnacha. From old vine Spain, this beauty is round and soft on the palate. Even so, there’s considerable structure and a seamless medley of espresso, butterscotch, and black cherry.

Filled up on Brie and strawberries and Garnacha, I continued my study of the artworks. There were two massive Attila Richard Lukacs pieces. I’ve never been drawn to this artist’s empty nihilism, but if I had a hundred grand to drop, it would be a good investment. 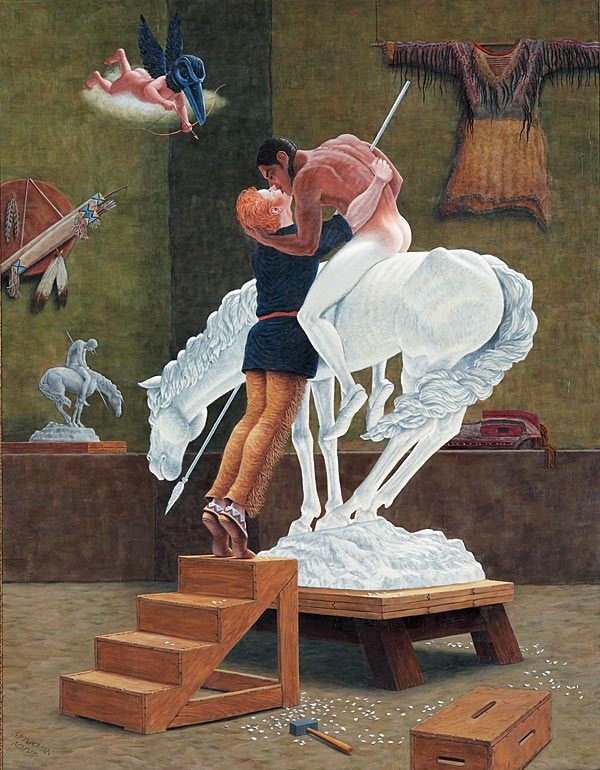 Icon for a New Empire by Kent Monkman

Kent Monkman’s $90,000 painting, Icon for a New Empire, would also be a good investment, but his work I love. It’s imaginative and humourous, even as he addresses heavy issues about Native Canadian identity and its relationship to the rest of us. The piece displayed references Orientalist painter Jean Leon Gerome’s famous Pygmalion and Galatea painting, where a sculptor falls in love with the beauty of his creation. Monkman recreates the scene using gay and Native characters.

The rest of the treasure trove was an eclectic mishmash of talent including Jack Shadbolt, Tom Dean and Rick Leong. Lesley capped the night with a sherry toast and a plate full of brownies. The Walnut Brown from Spain was an unexpected choice with a mouthful of competing tastes- especially brown sugar, and tobacco. Hardly the “old lady” tastes of sherry’s reputation. I wasn’t so sure about the sherry, to be honest, but Lesley was very sure. She invited anyone interested in talking about sherry to give her a call. It’s an undervalued wine, she said, with an array of flavours not found in any other wines.

After everything, when people began to disperse, the remainder of the Vouvray was brought out for the lingering diehards. I slipped into the quiet room for a goodnight toast to Leonard Cohen. He was partial to French wine, too- specifically Château Latour Bordeaux. I raised my glass to him. I pictured the magnificent artist, wine and pen and brush in hand, working. Then, with a heart filled with art, and champagne and sherry on my lips, I stepped out into the darkening sky. 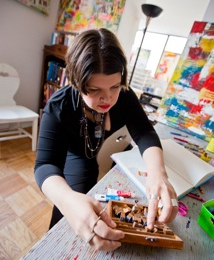