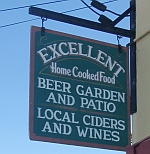 What does it mean, I wondered, to contemplate the arrival of The Revolution while sipping a pint of Loyalist Lager? The pint was on the patio of the Duke of Marysburgh Pub, southeast of Picton, in Prince Edward County, Ontario. The county, as locals call it, or “PEC”, as visitors shorthand it, was settled in late 18th Century and early 19th by United Empire Loyalists: colonists who stayed loyal to The Crown and were persecuted in the aftermath of the American Revolution. (I am, in fact, partly descended by the very same Tory group who escaped tar and feathering and the terrors of Judge Lynch, though the Jolleys ended up in the Eastern Townships of Quebec.) So then, there’s some irony that The county should be at the forefront of the good food revolution in Canada some 200 odd years later, and a pub along a country road, named after an English peer would embody the sharp end of the movement that is changing how people eat across the industrialized English-speaking world.

The word “pub” is thrown around loosely in most parts of Canada, especially in big cities where ye olde dark wooded, faux tin ceilinged, would-be English or Irish “public houses” serve chicken wings and frozen daiquiris ordered off oversized laminated menus. There are worse places to drink beer (I guess), but  these glorified tap rooms have nothing to do with the British-Irish concept of the rural public house. But The Duke of Marysburgh comes as close to a real pub as I have seen on this side of the Atlantic. For one thing, there is no attempt at Anglo, Caledonian or Hebridean nostalgia.

The Duke makes no pretension of being anything than two rooms and a patio by the side of the road in Waupoos, population 175. The taps have the Loyalist Lager, and the dark beer from the county’s Barley Days Brewery, and the third one is (of course) Waupoos Cider, from the County Cider Company, a few clicks east down the road. The menu is simple as can be, written out periodically on a piece of 8½ x 11 paper. There is no deep fryer, everything comes with a salad of just picked local greens (my guess is they come from Vicki’s Veggies, but only because the iconic organic farm was mentioned elsewhere on the menu, and they’re not too far away). The meat for the burger is local, and so is the cheese on it. There’s a chicken pot pie special, and a quiche special too. On a hot August Sunday afternoon  there’s an eclectic mix of diners and sippers on the patio: farming families, who look like they got cleaned up to go to church, sailors from nearby Waupoos marina in topsiders and T-shirts that say things like “ship happens”, a couple motorcycle tourists with thick joyal accents from Quebec, and a bourgeois family from Toronto on a week’s vacation in Arcadia.

We went to the Duke of Maryburgh twice, while my family was on holiday in Prince Edward County. Each time we had a different waitress, and each time she couldn’t have been more friendly or enthusiastic about the provenance of the food. There was no Ossington Avenue pretension to the pride shown here, or elsewhere in the county, when people spoke about local food. Prince Edward County was once a rich farming area, that fell on hard times for many of the past decades. The resurgent interest in food in the last 10 years, must be one of the great shining examples of how a real good food revolution might work. Of the five ‘Certified Good Food Fighters’ (the annual sponsors that keep this website in operation) GFR currently has in the county (we will soon have more, by the way),  four are new wave businesses mixing Old World craftsmanship (or craftswomanship in half of them) with New World business and marketing savvy: wineries Closson Chase, Norman Hardie and Rosehall Run and Fifthtown Artisanal Cheese Co.

The fifth Good Food Fighter we have in the County is the Economic Development Office which, under Dan Taylor, has done as much as it can to foster food and wine awareness and business. The result is my local burger and beer at the Duke of Marysburgh, and the lesson is the good food revolution does not come by accident. No business in the towns or in the countywide that might come in contact with a tourist is without a copy of the ‘Taste Trail‘ map, which shows the location nearly 100 food and wine points of interest. Throughout the county roads are marked with sign pointing the way to wineries, farmsteads and any manner of gastronomic experience. While it’s still possible to get lost in the county (I have done it many times, and I am sure I will again), it’s pretty hard not to stumble across something good to eat or drink while you find your bearings.

Norman Hardie next to his winery's newest architectural addition.

Speaking of purposeful revolution, apart from the primary purpose of a family vacation, a secondary reason to head to PEC was to check out Norm Hardie’s new pizza oven. I can report it’s a beautiful structure.

Mostly free built from bluish-black limestone with a slate roof, it looks a lot like a Welsh sheep farmer’s cottage, thought its use is, of course, infernal. Sadly, it was not quite ready to be used: whether this is because it still needs to settle or if Mr. Hardie and his crew have been too busy with their day jobs of tending a vineyard to train themselves to use it this summer was unclear. The thorough tasting of Norman Hardie wines I partook in prior to investigating the oven has fogged my memory somewhat. At any rate, it will be very cool once it is fired up. Where there was one a marshy bit of land north of his Pinot Noir vines, Norm has planted tomato vines, of all kinds of vibrant heirloom variety. He is hoping to get Fithtown to supply him with mozzarella-like cheese and has other local pizza ingredient plans, that I promised to reveal only in the goodness of time. It seems fitting, as many old time county farmers sell their fields to be planted with grape vines, that a winemaker would return some of his terroir to vegetable farming. The revolution marches on. 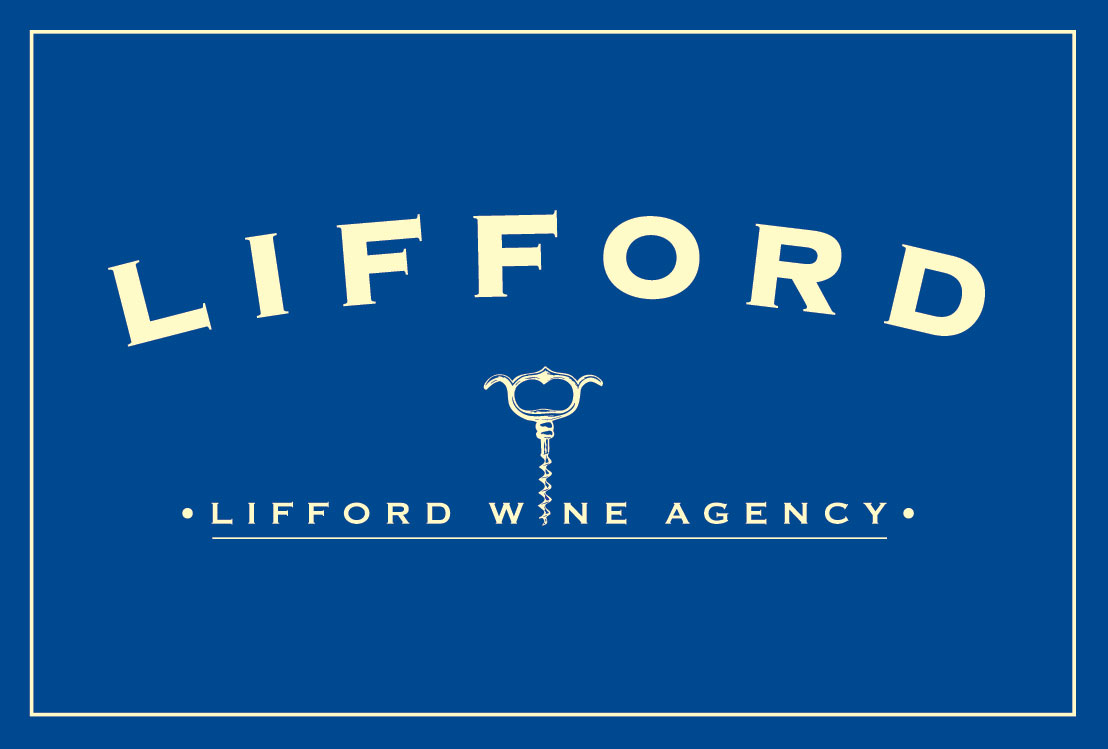 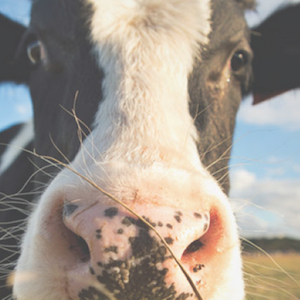 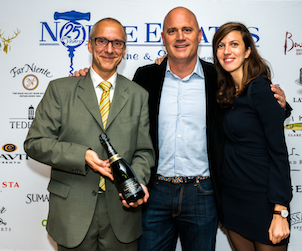