Malcolm Jolley finds the vehicle to pasta his way through spring. 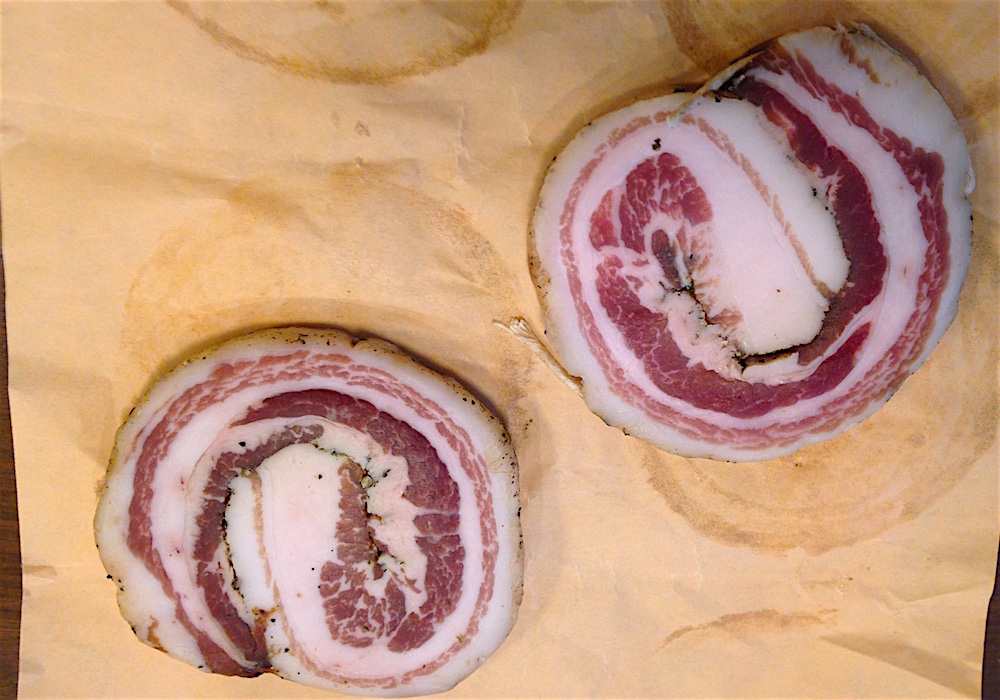 The ramps are getting to be scarce and big, a sure sign that the season for wild leeks is drawing to a close. But there’s dandelion leaves and the May to July asparagus run is a week in. And peas aren’t that far off. There’s green garlic and scapes will also start to appear in a few weeks. It’s spring and time to begin to cook with fresh local vegetables again.

In our house the new vegetables of the year tend to get quickly sautéed and tossed with a pasta: a one dish meal, easy to cook on a busy weeknight. Apart from the vegetables, olive oil and cheese (we’re more on the Pecorino side, but Parmesan will do, too), these plates of pasta will almost always include a salty, and just slightly sweet, glue to hold them together: pancetta.

Pancetta is bacon’s Italian cousin. Cured pork belly without the smoke and seasoned with cloves. The cloves are key, if seemingly unusual. I wonder if they were originally used as an extra preserving measure, or if the orginal pancetta makers just liked the way they tasted. Other seasonings, are of course often present. The recipe in Michael Ruhlman and Brian Polcyn’s Charcuterie (2005) calls for cloves, juniper berries, nutmeg and thyme as well as brown sugar and salt.

The pancetta our family provisions is from Olliffe, where they make it in the arrotolata style: they roll it up. Anna Del Conte, in The Concise Gastronomy of Italy (2001), writes that arrotolata is traditionally used for pork bellies that have a lot of fat. Since Olliffe stocks heritage breed pork, naturally and humanly raised by Ontario farmers they know, this makes sense. I like to buy a hunk at the deli counter and cut it up into lardons, if you’ll excuse the imposition of a French term on an Italian ingredient.

I crisp up the chopped pancetta, and then drain most of the fat, which I keep for cooking later. Then in go the greens and alluvials (the other night it was dandelion leaves, asparagus, garlic and one chilli). Add pasta, a bit of the pasta water, a drizzle of olive oil and a lot of grated Precorino cheese and dinner is done.