Hitherto last week, the only time I had ever had any real experience of instant ramen was my economically-driven spate of Pot Noodle abuse during three years at university in the United Kingdom.

With physiological benefits that were undoubtedly linked to my steadily worsening academic performance, chicken Pot Noodles developed, ipso facto, into a young Jamie Drummond’s breakfast/lunch/dinner/intoxicated-midnight-snack. Ahhhhh… waves of nostalgia coupled with those of gastro-intestinal nausea are coming over me right now.

Just last month I found myself browsing the aisles of Costco and came across a bargain-priced box of eight Shin “Black” Premium Ramyun Bowls, and, as is invariably the case at Costco, thought “why not?” as adding to my already stacked-with-stuff-that-I’ll-never-use-and-have-to-throw-out cart.

“But it was a really great deal!” I could already hear myself saying to my partner upon her forensic inspection of my drunken-sailoresque purchases when I arrived back home later that afternoon. I knew that I would feel like a modern day Jack (of beanstalk fame) returning to the homestead with magic beans instead of the diapers, toilet paper, and kitchen roll I was ordered to pick up.

Some three weeks later I find myself staring at this box of instant noodles and thinking, as is oft the result of such rampant, displays of out-of-control consumerism, “Why on earth… ?” I swear that they must pump mind-control drugs through the HVAC at such places.

In a quest to uncover the best way to make use of such things I eventually found myself on youtube, watching a short video in which a rather over-ethusiastic young lady demonstrated her method of gussying up a packet of cheap and cheerful noodles. Her eventual aim was to produce a nooodle hot pot dish that was authentic to one often found in modern day Korean noodle restauarants. Okay… so far so good.

After a little experimentation I adjusted her recipe a little, and came up with the following, and despite your possible misgivings with the enterprise, don’t knock it until you have tried it. The resultant bowl is both tasty and filling, and yes, as she stated in the video, the scary Kraft Single slice is de rigueur.

Ingredients (feeds two… one if you are really hungry):

4 x Fried Fish Balls (sliced into 4mm thick “coins”)… You should be able to find these in most Asian supermarkets as they are popular in Vietnam as “Cá Viên Chiên”, Japan as “Odeng”, China as “Pinyin”, and Korea as “Eomukguk”.

And there you have it. Any other tips for hacking common-or-garden instant noodles would be most appreciated in the comments below. 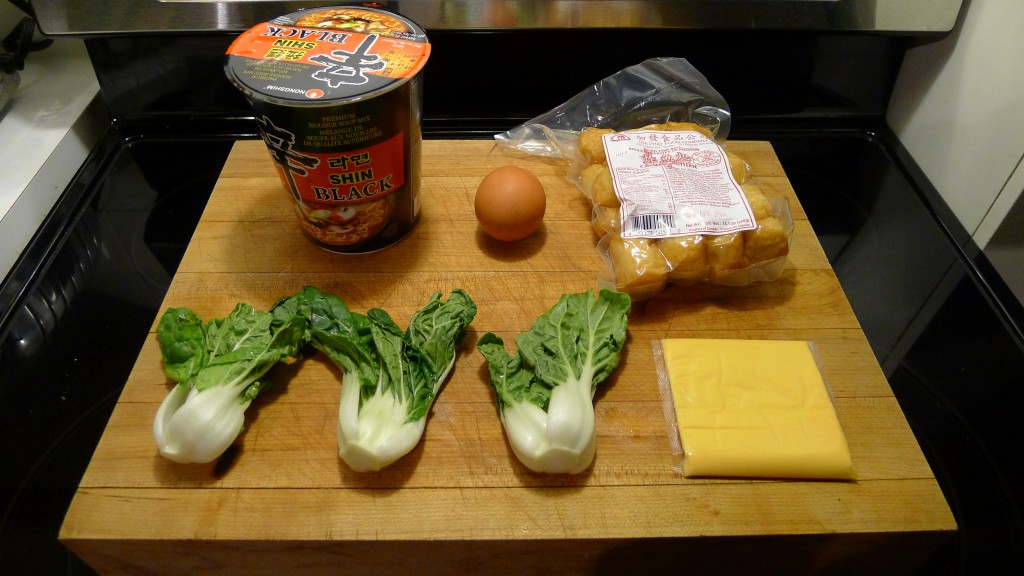 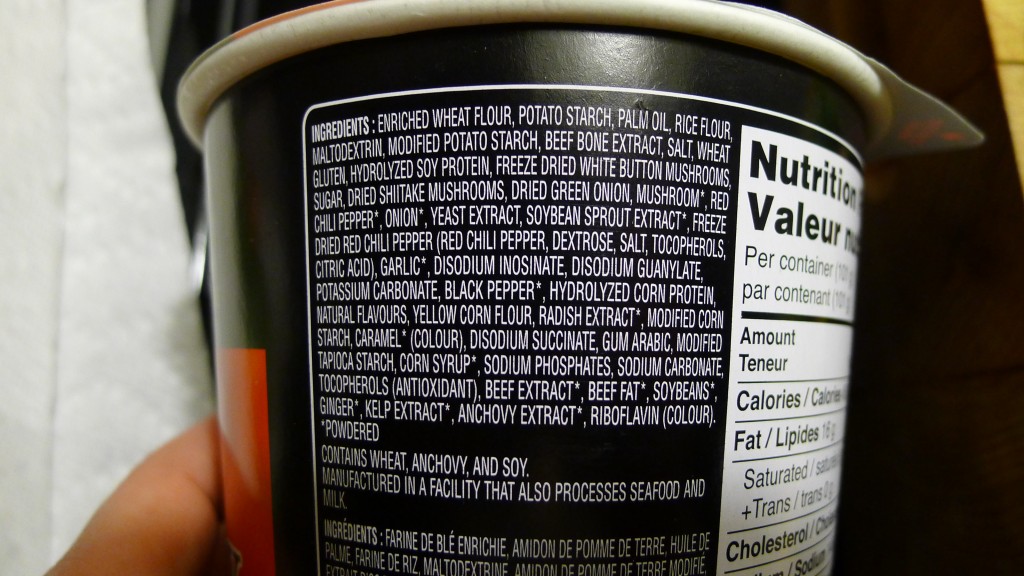 And the ingredients of the instant ramen… oof! 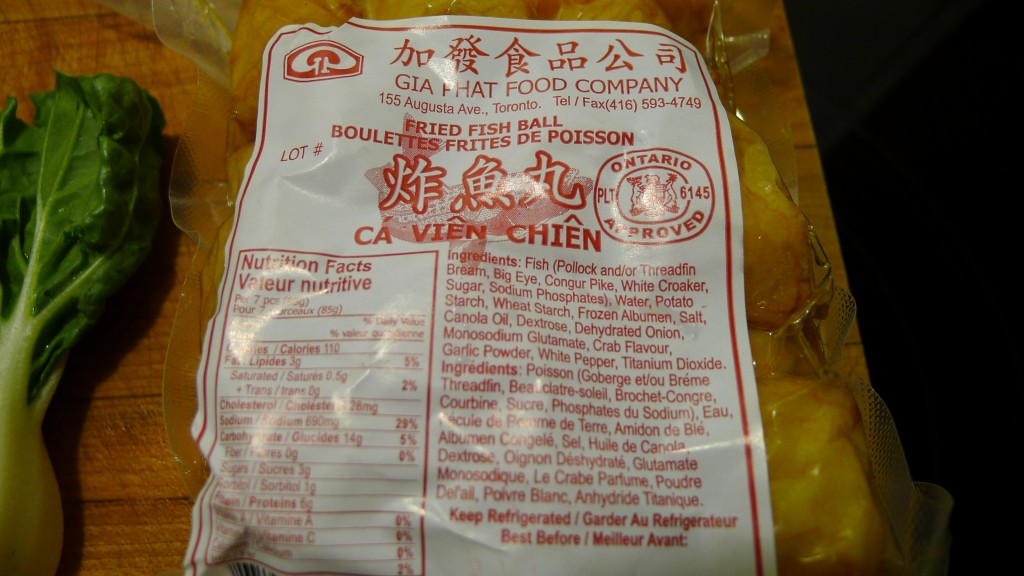 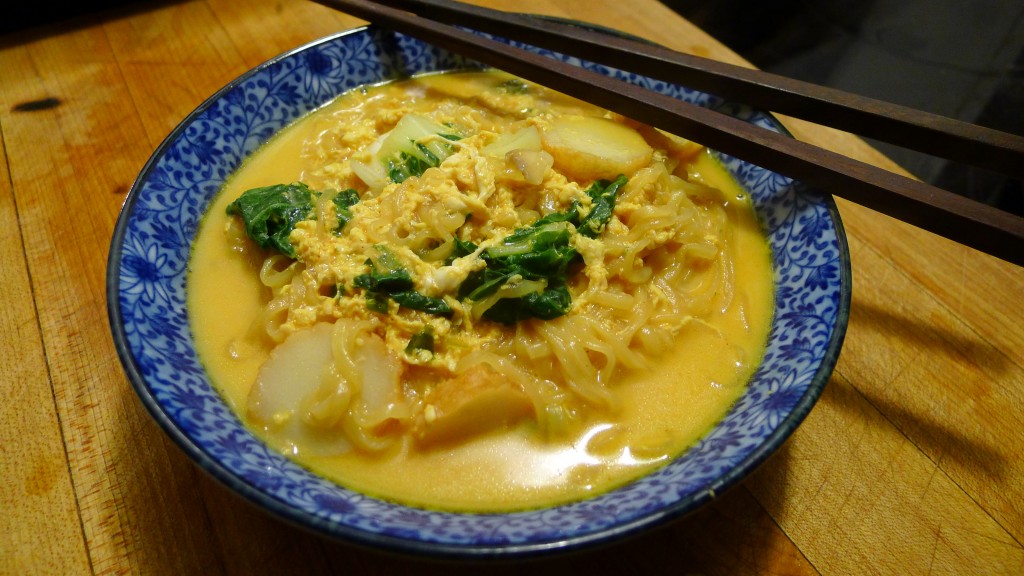 And the final dish… actually extremely tasty. Trust me on this one!

Edinburgh-born/Toronto-based Sommelier, consultant, writer, judge, and educator Jamie Drummond is the Director of Programs/Editor of Good Food Revolution… And yes, just the thought of that processed cheese made him throw up in his mouth a little, but for some reason it worked.