Every season has its big book, and the big one in the Canadian food writing world this year is shaping up to be Sarah Elton’s Locavore

. Elton writes about the local food scene for the Globe and Mail and Korby Cummer’s food channel on The Atlantic Monthly’s website and she appears as a columnist for CBC Radio’s Toronto afternoon drive-time show, Here & Now. Locavore describes her travels across Canada, meeting farmers from the Annapolis Valley to the mouth of the Fraser River, all growing food for a local market in a sustainable way. Not that it’s a travelogue per se – Elton chooses each starmer (“star farmer”) to illustrate a point about sustainable farming or to highlight some innovation that allowed a farming family to get of the grid of supplying supermarket chains or some such outlet of big food.

Locavore, like its author is quietly strident and matter-of-fact. There’s no pretense of North American newsroom objectivity in so far as she clear in her introduction, and in every subsequent chapter, that she believes that the industrialised food system is bad, and that eating local food is good. I’m not sure that one could write a book about visiting local farmers and not want to cheer them on, but Elton takes the question further and investigates whether a four season, all sustainable, all local, all the time food system is even possible in Canada, especially in big cities like Toronto. (Her answer is yes, but not without changing a few things.)

I met Elton last week at an independent coffee shop near to her house in Toronto’s East End. The thirty-something mum was both excited and nervous for her book to be launched, but far less interested in talking about the publishing business than she was about the people she met writing Locavore. I asked her why she didn’t just concentrate on the SPIN (Small Plot Intensive) farmers a hundred miles of where we’re sitting. “It’s a pan-Canadian movement,” she explained, adding that examples from small-town rural Canada were important to show that locavorism is not just the pursuit of the urban elites, like the famers’ market in Dieppe, New Brunswick, that attracts 7,000 shoppers every Saturday.

Locavore demonstrates how small scale and direct models of food distribution, from CSA’s to roof-top gardens, are providing alternatives to industrial food logistics, but I wonder if they can ever be used in supermarkets, or whether supermarkets can ever change their practices. She shrugs, saying, “I ask myself whether supermarkets  are the dinosaurs of the food system or whether they can adapt.” Then, she wonders if  answer may be somewhere in the middle, citing independent grocers like Fiesta Farms, which buy directly from local food producers.

Not all the farms Elton lauds are small. In Saskatchewan, she finds organic, sustainable farms of several hundred acres. She tells me the best model for most working farm families is “mid-sized”, big enough to achieve some economies of scale without being dependent on industrial chemical or fertilizer inputs or commodity-based market. Many of the farmers Elton profiles tried conventional farming unsuccessfully only to be caught up in the 30 year old North American farm crisis, and in some cases, having already lost a farm before trying “value-based” production and direct to consumer selling.

Much of Elton’s book is driven by the environmental case for local food and against long-distance supply chains. A cookie in her daughter’s loot bag prompted her to write Locavore, when she realized it was absurdly made in China. When I ask her how she thinks public policy could help affect change and support local food supply chains, she replies that some of farmers’ incomes ought to be separated from just producing food and that sustainable farmers ought to be recognised for their ecological stewardship. Citing a program in nearby Northfolk County, Ontario that pays farmers to plant indigenous flora, Elton reasons that we subsidise agriculture anyway, so why not direct some of that money to people who are making good food while improving the environment? Why not, indeed? 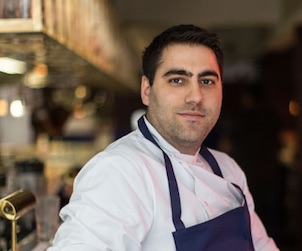 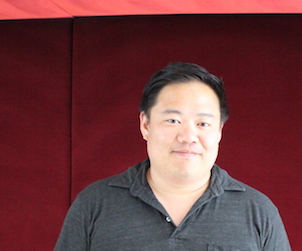 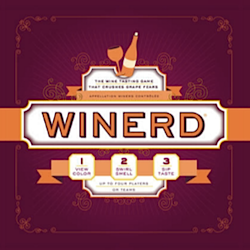