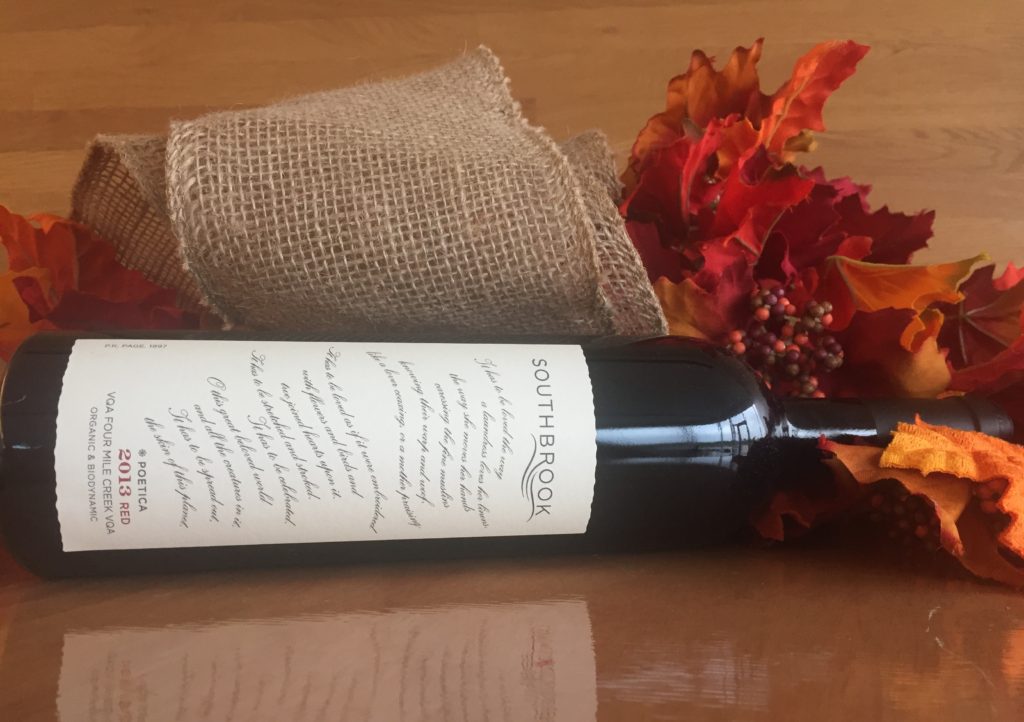 After 4 years of careful nurturing on the vine, through fermentation, then in the barrel and bottle, Southbrook is ready to share its 2013 Poetica Red with the world during Celebrate the Harvest. This four barrel selection by winemaker Ann Sperling reflects the highest expression of Southbrook’s organic and biodynamic vineyards.  Produced only in top vintages, this wine program began as a Cabernet Merlot in 2007, but became known as “Red” in 2010 with the addition of Petit Verdot.

The 2013 bottling is dominated by Cabernet Sauvignon, at 74%.  As Sperling says, “Cabernet Sauvignon has consistently proven to be the most successful red variety on our Four Mile Creek site. It ripens dependably, and produces wines with the most depth, elegance and ageability.  In warmer vintages, we find a more new world expression, but in moderate years like 2013, I love how the wines reflect the character of classic reds of the Medoc.”

The balance of the wine is 23% Cabernet Franc and 3% Petit Verdot.  All grapes were hand-harvested, before destemming and gentle crushing.  Spontaneous fermentation in oak fermenters was followed by pressing into French oak barrels, where spontaneous malo-lactic conversion was completed.  After 20 months of oak aging, the wine was bottled in January 2016.  Only 100 cases were produced. 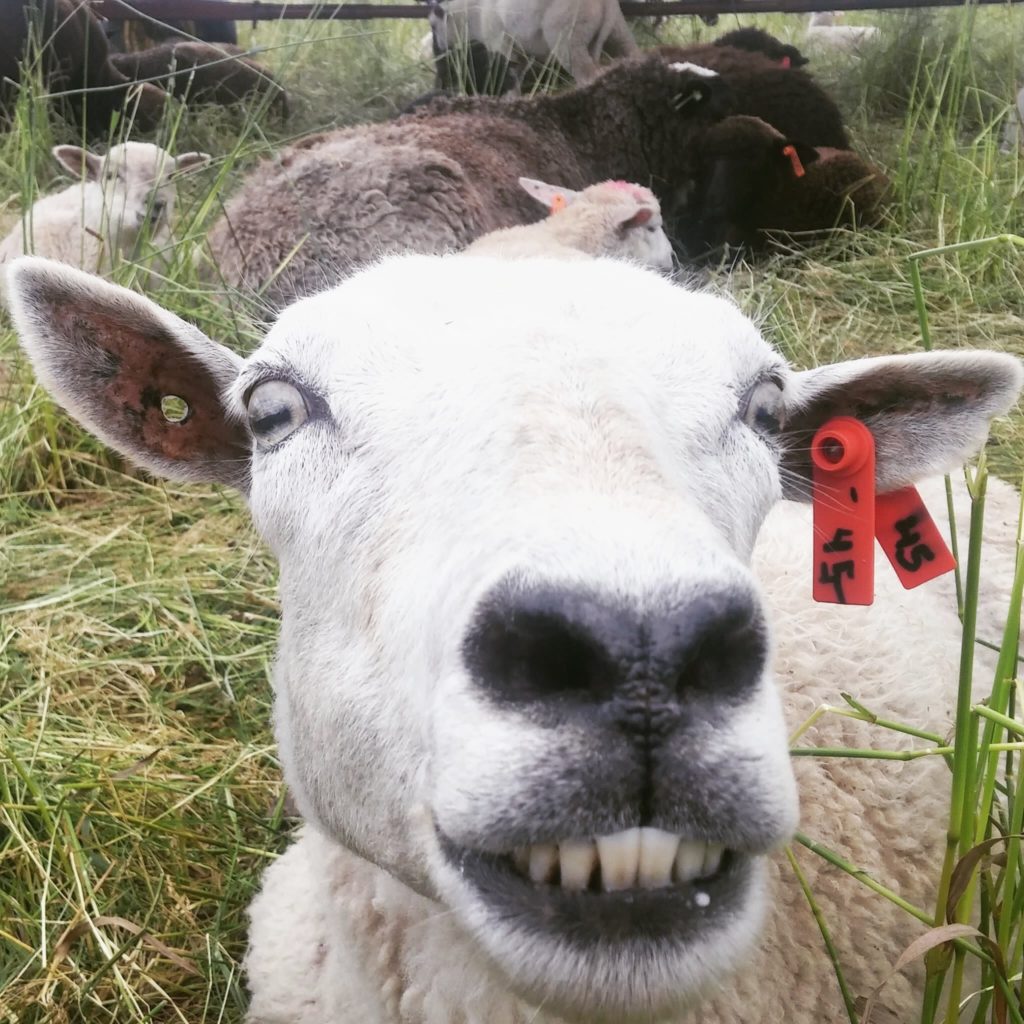 The Linc Farm Sheep are always excited for a new Southbrook release!

So, enough of how it is made. How does it taste?

At the Canada House tasting in London England this past spring, Richard Hemming of JancisRobinson.com rated it among the top two Bordelaise reds from Canada, and the highest from Ontario, in a strong field of wines.  He wrote:

“Perhaps less immediately engaging on the nose than their Witness Block , but then the palate has wonderful crunchy fruit and long, refreshing acidity on the palate. A subtle medicinal note gives interest to the very persistent finish. (RH) 13% Drink 2018-2028 17+”

In his inimitable manner, Michael Godel reviewed this wine and rated it at 94 points.

“It seems at first that Poetica 2013 was chosen by winemaker Ann Sperling to be the deferential one. The blend is dominated by 74 per cent cabernet sauvignon, the highest number ever for the wine. Conversely the cabernet franc component is set to 23 per cent and far less petit verdot (3 per cent) rounds out the blend. That number had been 29 per cent in 2012 because the varietal elegance shown at that time necessitated the relationship. In 2013 it is the cabernet sauvignon that displayed with elegance and an uncanny ability to sow of its own accord and yes, it is an exceptional vintage so look for 2013 to age on a 15 year curve. The Witness Block CS-CF follows suit and the SV-PV is better off for the allocations. Every wine wins as a result. There is this deep-impressed sous-terre tang in here, a wisdom certainly, and when it is released later in the year the heads will turn. Poetica is often but here not overly tannic, but it is endowed with bones, spine and structure. The flavours, spice and magnetism give cause to salivate. Only Ann Sperling makes Niagara reds like this, wines that can develop such architecture without an excess of tannin, astringency and chalky chocolate from over-wrought wood exchange. Poetica 2013 will drink well young and comfortably into the end of the next decade. Drink 2018-2028. Tasted January 2017.”

An essential element of the pleasure of Poetica wines is the Canadian poetry on the label.  For this bottling, an excerpt from P.K. Page’s 1994 work Planet Earth is featured.

Like all of Southbrook’s wines, this collector’s item can be sourced directly from the winery, with complimentary shipping across Canada for orders of $70 and above.