By Jamie Drummond and Malcolm Jolley

In the first of an irregular series we look at hotels from around the world that we feel classify as “Good Food Hotels.” In our inaugural piece we have decided to look at Toronto’s Drake Hotel and their 2010 “Summer Camp.”

Upon seeing the tabloid headline in a newspaper box which read something like “DRAKE HELD UP AT GUNPOINT AFTER MTV AWARDS” I’ll admit that I was most concerned for the collective well-being of the lovely staff of my local hotel that has over the years become one of my most favoured watering holes… Oh well, I suppose I should make a more concerted effort to keep up with pop culture, even in some small way…

Ever since Chef Anthony Rose came on board as Executive Chef in 2006 we have been carefully following the Drake’s culinary evolution. While the Drake may get much attention for its groundbreaking support of the arts, the fact remains that Chef Rose has transformed the hotel into a hotbed of gastronomic innovation that has largely flown under the radar of all but the most diligent of foodies and industry folks with their ear to the ground. We have previously covered The Drake’s Taste of Iceland events, where the hotel played host to Reykjavik’s Chef Thor Eggertsson, but we still believe that the magic lies with Chef Rose. His dedication to using the very best of local and sustainable ingredients to create inspirational dining experiences has been something that has not gone unnoticed throughout the Good Food community. Just the other week Good Food Revolution were invited to The Drake for a short tour of their Camp Drake Summer Program… and we both agreed that it was rather excellent. Highlights include the following…

New Tiki Bar: Up in the Drake’s Sky-Yard the in-house construction crew have created a great little Tiki bar serving up some of the most delicious of Summer drinks: Mai Tais, Mojitos, Caipirinhas, and more. Not usually being the biggest fans of such drinks, your intrepid Good Food Revolution reporters were most pleasantly seduced by the libations on offer… of course, if the cute little cocktail umbrellas don’t go with your outfit then, they do have a huge selection of beers sold by the bucketload.

The Drake’s Secret Garden Dinner – Wednesday August 25: Good Food Revolution was recently introduced to the Drake’s new organic urban garden, a delightful leafy, green oasis snuggled in behind the hotel itself. Towards the tail end of August Chef Rose will be hosting a small backyard party in this great space where he will be roasting a whole pig from Eigensinn Farm alongside garden-fresh succotash and lashings of beverages.

Scoop and Tees Pop-Up-Shop: Right next door to the Drake General store is a cute little bôite dedicated exclusively to the sale of those two bastions of the summer months, ice cream and t-shirts. All of the ice cream is from Toronto’s Metropolitan and all of the T’s are exclusive hand-made designs in super soft supima cotton from Toronto’s Shared.

Movies In The Mess Hall: If you really require an excuse to get sloppy on a Tuesday night then The Drake has you covered. From July the 6th the Drake’s Underground space will be transformed into a casual screening room showing a plethora of “Summer” films. $5 gets you one of Chef’s Rose’s infamous Sloppy Joes (vegetarian Sloppies also available), a beer, and a film. GFR are looking forward to getting their inner Goonie on…

Just in case one gets lost on one's travels...

One of the Drake's new commissioned murals

Some of The Drake's Organic Herb Garden

Edinburgh-born/Toronto-based Sommelier, consultant, writer, judge and educator Jamie Drummond is the Director of Programs/Editor of Good Food Revolution… and he sure did enjoy those Tiki Bar cocktails at The Drake. Malcolm Jolley is the Managing Editor of Good food Revolution and an avid frequenter of hotel bars. 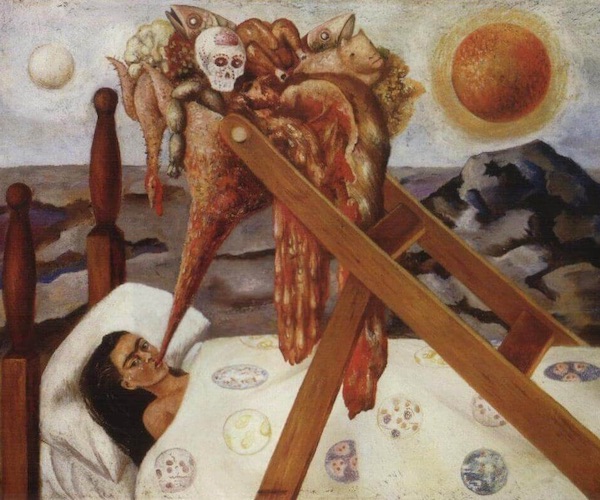 Wine and Art for the Apocalypse 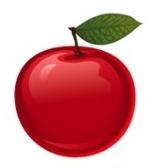 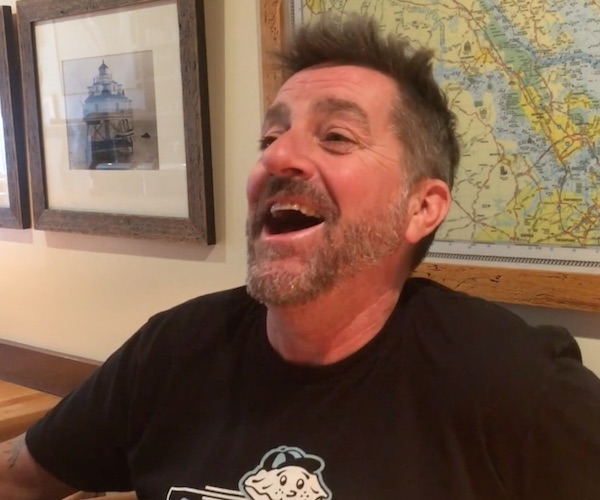