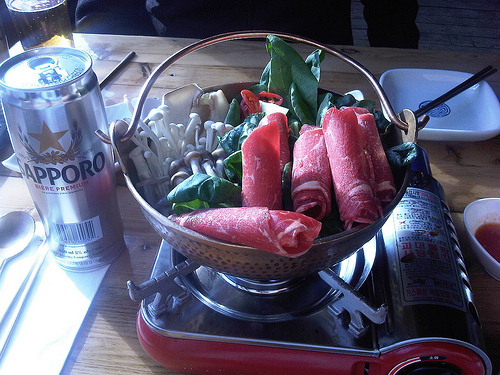 Soup is celebrated every year at the Gardiner Museum's Empty Bowls fundraiser. Photos by Jo Dickins.

“I met this lawyer, we went out to dinner, I had the lobster bisque, we went to my place, yada yada yada,” Elaine said on the classic Yada Yada Seinfeld episode.

Her friends were hungry for the details, telling her that she had yada yada’d over the best part.

But Elaine shook her head. “No, I mentioned the bisque,” she said.

It wasn’t the only Seinfeld to give soup a nod. Indeed, soup played the starring role in the infamous Soup Nazi episode. The gang tries to order delicious mulligatawny, turkey chili and crab bisque without offending a mercurial soup maker.  The peculiar chef is prone to barring customers who don’t “follow procedure.” “No soup for you!” he would explode at any customer he didn’t like. Jerry and his friends just can’t risk banishment from the world’s most spectacular soups.

No one should be scared of soup. It’s the most beautiful tactic of survival against the winter climes. It can warm the weary and the frosty. And it’s the only thing that one can always make when there is nothing in the cupboard. It’s easily frozen for convenient meals later. It’s a prime remedy against the habitual waste of food to which we are too prone. Tidbits and leftovers not worth saving are worth saving, for soup.

Nonetheless, the fear of soup is widespread. The fear is evidenced not by urbanites turned cruelly away by masters of the ladle, but by soup’s absence in too many kitchens. Two generations ago, there was nary a grandmother without a pot simmering on the back burner.

It seems that even real food devotees and dedicated home chefs often leave soup off the menu. But the fear is unfounded.

I am certain it is caused by intimidating ingredient lists in recipes, and by the misguided atrocity called “convenience” which means opening a can and pouring. The latter is not soup- it’s salt glop, sure to take your life instead of saving it. The former is misleading. The lists of ingredients are lengthy because soup is a free for all of little bits tossed together. It is an art and not a science, and no one should make soup by going out to buy a bundle of parsley just to get the garnish called for in a book. Soup doesn’t NEED fifteen two-teaspoon servings of umpteen kinds of vegetables- it is simply that it CAN have them. Once you start thinking of soup recipes as guidelines, not as rigid science, your fear of soup will start to dissolve. If you ever watched your great Aunt Edna make soup, you know she did it from her heart and not her head.

That said, January is ‘National Soup Month’, and a big beautiful soup cookbook is a splurge that will save your sanity this month and for the rest of  your life. Soup recipes will help inspire you with combinations you may not have considered. Since there is a vast cultural array of spices and styles, a global soup book would give you a thousand directions and ensure you will never go soupless. Pick something simple to start, and follow the recipe, but don’t feel bound. There’s really not much you can do to screw up a soup, and if you do screw it up, the world will not end.

My friend John is famous in our circles for his dazzling array of soups. His secret? When he buys a soup cookbook, he simply commits to making all of the soups inside. This is a surefire way out of your comfort zone, and who knew Heart of Palm Puree could be so heavenly? John never follows a recipe scientifically. Soup is an art, and he knows his guests want more spice than the average cookbook calls for. He knows you can leave out or substitute many items depending on what you have on hand, or that a major change will make a new but equally good kind of soup. My favourite soup of all time is my Oma’s egg soup. It was born of wartime. Oma would crack some eggs into some flour, and drop them to form dumplings in boiling water. The water would have been simmering all day with bits of hard sausage or salami and parsley. That’s it. There is nothing easier to make, and it is delicious, and it kept people alive during the Second World War.

Withered stalks and vegetables on their last legs can be simmered into delicious broths or revived in a puree. Half-servings of yesterday’s rice pilaf or one leftover curried chicken thigh will be born again. No one can ever use the whole bunch of cilantro or watercress, not unless they make soups. Cheese that has gone hard; dusty tins of coconut milk; stir-fry remnants; the one lone egg left in the carton; dregs of Chinese takeout- these can all be artfully combined and given new life. Not only is this ethical, it is often necessary in today’s economy. You can make a soup even if you have next to nothing in the fridge.

Secondly, real soup is insurmountable nutrition. The single most important habit the kitchen has lost to convenience is the boiling of bones. Vitamin pills are nonsense compared to the web of life inside an animal bone. Bones contain the perfect blend of minerals. The unparalleled dose of calcium and minerals has been ripped out of our diet, pulled off of our stoves by convenience culture. There is no source of food anywhere that compares to the nutritional density of bones. Boiling bones and giving the broth to the sick or the hungry was life sustaining, even if there was nothing else in the soup. And simmering a dozen bits of colourful vegetables adds even more life to soup. The vegetarian that uses flavour cubes instead of simmered vegetable broth in her soup is a fool.

Does all of that chopping and simmering and straining sound too complicated and time consuming? It needn’t be. You can just toss everything in and then let it be until blender or straining time. Or you can revel in the sensual act of tenderly undressing vegetables and artfully preparing spices, giving yourself a few hours alone with some jazz and a glass of wine, time to enjoy some solitude and the warmth of a soupy kitchen in the winter. Usually soup making can take place concurrently with other food preparation. Whichever works for you, the time investment is paltry compared to the nutrition and the future convenience- make lots and freeze it.

Once you discover that you don’t have to rely on curmudgeonly soupeteers for your bowl of beauty, there will be no limits. I’ve gotten to the point where I can often easily replicate a soup I’ve enjoyed elsewhere without asking for a recipe. You get adept at risk taking and creative blending. And you’ll discover new heights in flavour. Some of the delights in my soup adventures have included: leeky lemon soup with cold cilantro-chile salsa; beet borscht with blue cheese; white bean and smoky bacon (this is my most beloved “winter soup”); cream of zucchini; and simple squash puree. (A simple soup can always be made gourmet with the classic addition of butter, salt, and pepper.) I have even made a seafood bisque, and it’s actually not that hard. I make a great rendition of my grandmother’s egg soup, too, which is precious to me since she is long gone.

My grandmother taught me well, because the secret, she said, is that there are only  three real rules for soup. The rest was just the spice of life. First, real bones. It’s kind to avoid the cavalier wasting of the nutritional gift of that animal’s life, she knew, but the kindness was selfish, too- good skin, good bones, good hair, good metabolism comes from good bones. Two, simmer. You can’t rush a soup. You’ve got to let that soup simmer. Don’t be in a hurry. And third, soup always tastes better the day after, giving the ingredients a chance to “marry.”

Soup is good food. If you follow Oma’s rules, there is nothing to fear. 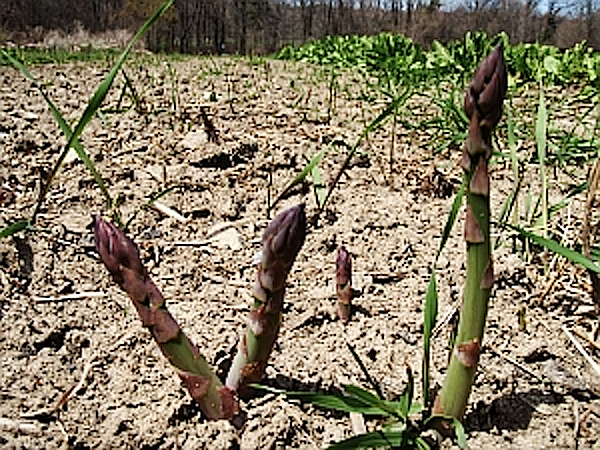 Spargelfest! Asparagus Is On Its Way 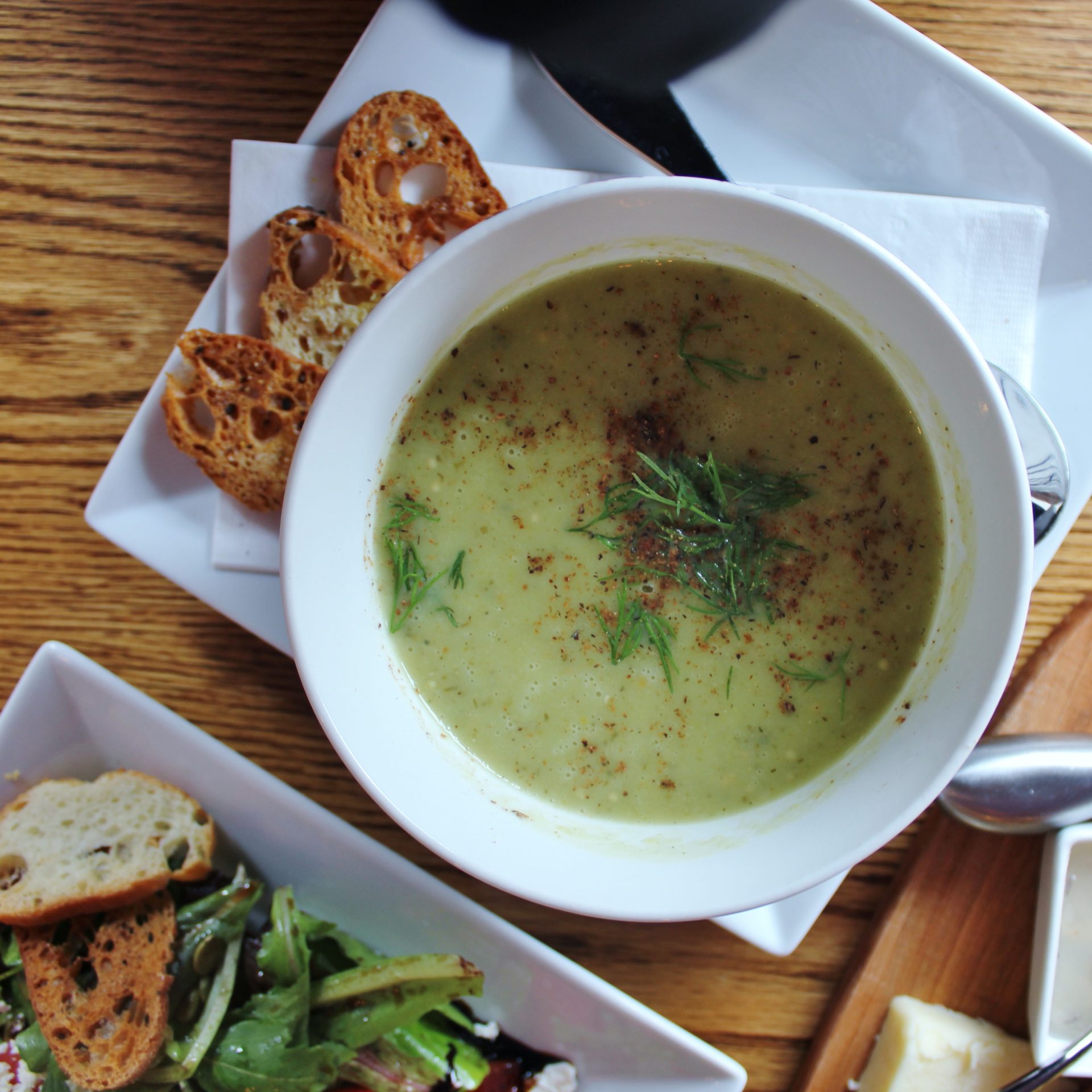 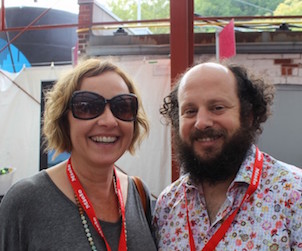 Wine and Art at Backhouse in Niagara 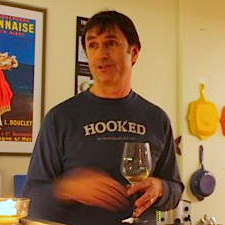