Last Wednesday, in the alley behind Honest Ed’s, Toronto food-enthusiasts gathered in support of The Stop Community Food Centre, where they indulged in an all-you-can-eat-and-drink-a-thon by savouring some of the best food and drink in the city. The fundraiser, which supported The Stop’s initiative to combat hunger and inequality by increasing access to healthy food, also included practical art-instillations that functioned as custom-made food stalls for each of the 27 food vendors. The event was certainly a feast for both the eyes and the stomach, including an eclectic range of cuisine, from established favourites like Woodlot, Yours Truly and The Stockyards, to the up-and-comers such as Jack and Lil’s, Hawker Bar and The Grove.

Despite the comprehensive range of food, which included more than one vegetarian option, a rare occurrence at a food event, pork was the preferred ingredient being dished out; being used in steamed buns, tamales, dumplings and burgers. The night market was most certainly a success, as the sold-out event brought together a fairly young mix of Torontonians with hearty appetite’s and philanthropic hankerings who ate, drank and socialized well into the summer evening. 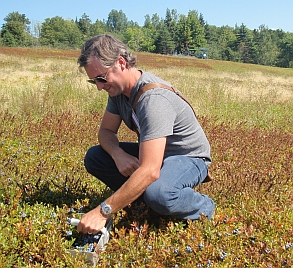 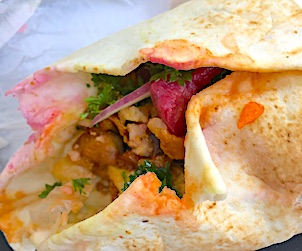