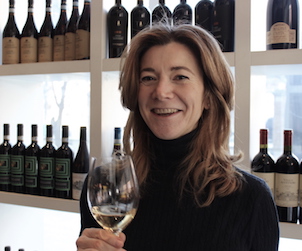 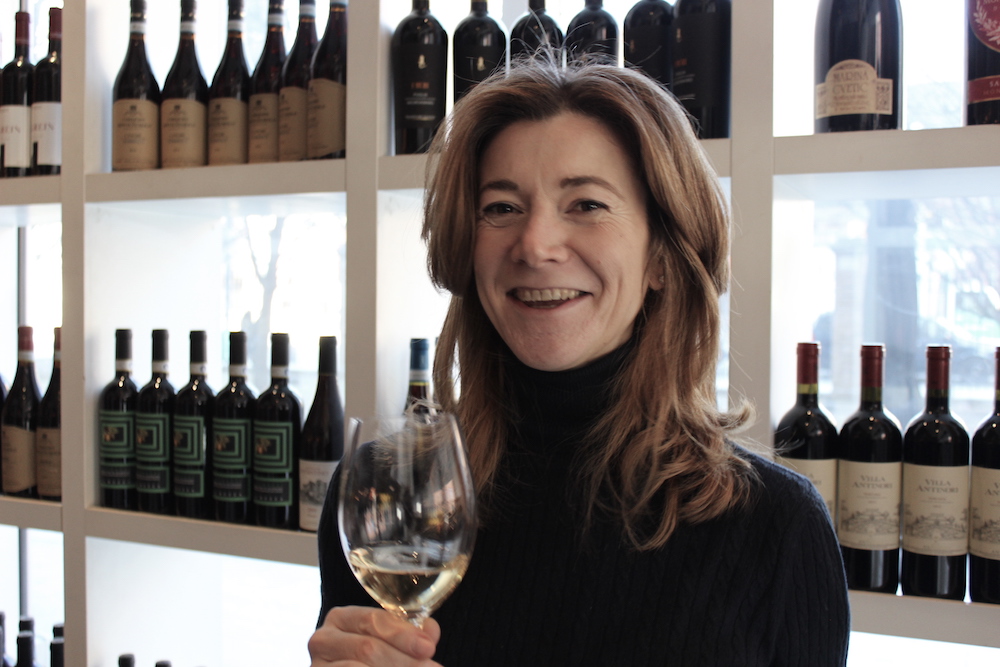 Cristiana Tiberio with a glass of her Trebbiano d’Abruzzo DOP at Mercato MaRS, Toronto.

Within five minutes of sitting down at a table with winemaker Cristiana Tiberio and a glass of her 2014 Trebbiano d’Abruzzo DOP she had made a full convert for the grape. From now on, like Cristiana, I won’t settle for any old Trebbiano it needs to be the one whose name is the same as the mountainous region from where it comes. Tiberio makes wine at her family’s epnonymous winery in the mountains of Abruzzo; her brother Antonio is the viticulturalist. The Tiberio estate was bought about 20 years ago by her father, Riccardo Tiberio, who was the export manager for one of the larger local producers. Before investing in her home region, Cristiana trained in France and Germany, in Champagne and the Mosel in particular. Cristiana had a vision for Abruzzo wines that would supersede the cheap (albeit often cheerful) Montepulciani and Trebbiani made by consortia and co-operatives and sold around the world for under $10 a bottle. Judging by the wines I, and a handful of journalists and wine trade, tasted this week, she has succeeded and is well on her way in establishing Tiberio as one of the leaders in fine wine making in Abruzzo, following the lead of Emidio Pepe and Eduardo Valentini, who she credits as inspirations.

That delicious glass of Tiberio Trebbiano d’Abruzzo in front of me was poured by Charles Baker, a man whose name is most closely tied to Niagara Riesling and the opulent wines of Stratus. What may not be widely known about Charles is his involvement in Stratus’ wine importation business, Cru Wine Merchants. Cru shepherds a small, but prestigious, group of wines from around the world into Ontario, with an eye towards collectors and the restaurant trade (in other words the clients who buy Stratus and Charles Baker Riesling Project wines as well). At about $20 a bottle, the 2014 Tiberio Trebbiano d’Abruzzo is, I bet, one of Cru’s most aggressively priced selections. I suspect it will quickly become a kind of sommelier secret weapon on several discerning wine lists shortly.

The wine itself, is everything that Italian whites can be so good at: crisp and refreshing with stone fruit notes and a touch of salinity. The grapes, Cristiana explained, while showing us photos, are grown on to metre tall vines trained on a pergola to form a canopy, thereby protecting them from the mid-peninsular sun. I think it was the star of lunch, but I am simple man of simple tastes. We also tried some more complex wines. The 2014 Fonte Canale is also 100% Trebbiano d’Abruzzo, but a selection from a prize vineyard, 60 or more years old. It was brought forward as means of comparison, as I don’t believe it’s for sale in Canada. A sort of amplified version of the first wine, it had stronger lemony notes and cried for food. The 2014 Tiberio Pecorino, made with 100% of the grape that I frequently confuse with the cheese, was a more opulent white wine, with rounder melon notes and some viscosity, which suited it’s slightly higher price point at around $30 a bottle. Of course, it’s also crisp, vibrant and full of minerality, as one would expect form a classically made Italian white. Again for fun, Cristiana also poured us a 2006 Pecorino to see how the wine might age. It was an excellent party trick as many of us tasted unaware of the vintage. Would I have guessed it was a eight year old wine? I’m not sure, it was very fresh and full of fruit. It was alive. There were just some hints of petrol or turpentine that might have given it away. The 2006 is not, sadly, for sale. But Cristiana was sure the 2014 would be as good by 2022, so there. 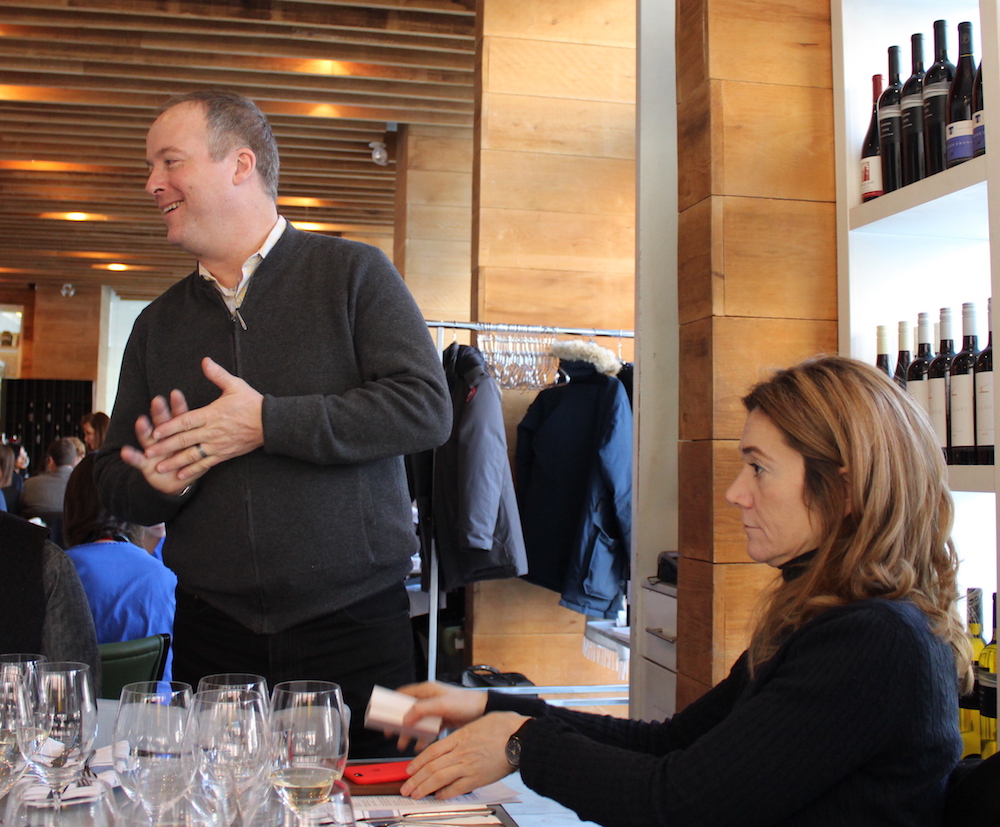 As lunch went on, we turned to reds, beginning with the 2014 Cerasuolo d’Abruzzo. Tiberio’s “cherry soil” wine has nothing to do, of course, with the Nero d’Avolo and Frappato dominated “cherry soil” DOCG in Sicily, but instead refers to a very lightly made red wine: Montepulciano grapes are given just a touch of contact with their dark red skins. The resulting wine is fragrant and a little peppery with, well, cherry and other red fruit notes. It goes down easy. Finally, we tried the 2013 Tiberio Montepulciano d’Abruzzo. Cristiana told us her Montepulciano wines are said to taste of blood orange. Being highly suggestible I caught that, but only after she said it, so I don’t know. Before the suggestion, I was making notes that picked up black cherries, blueberries and blackberries, but all held together brightly with a fresh acidity that wanted food. At around $20 both the Tiberio reds are a great deal, and the Montepulciano destroys all stereotypes about simple Abruzzo red wines: it’s elegant and complex.

Cristiana Tiberio told us that twenty years ago people thought she was crazy to want to elevate the humble wines of her home region. But she has surely done it, and we’re all better for it. 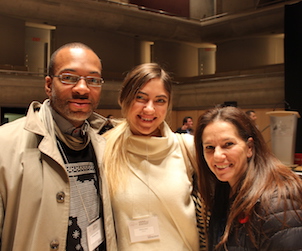 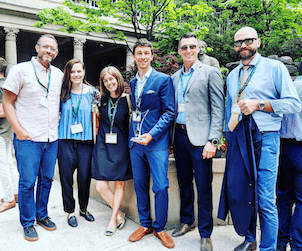 An Elsie and New Wines at Vintages 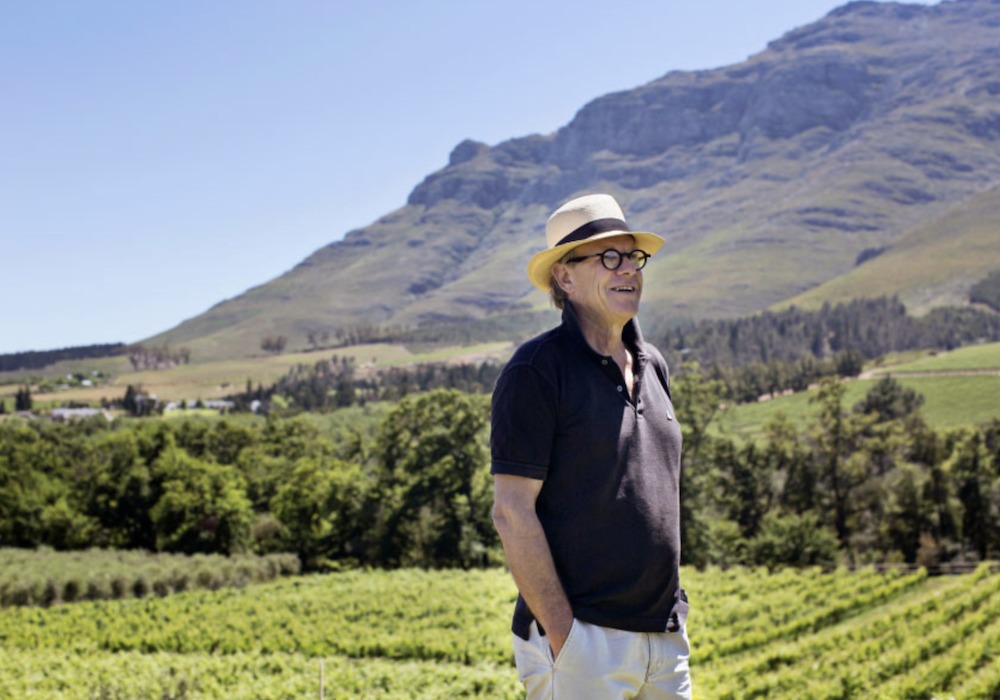 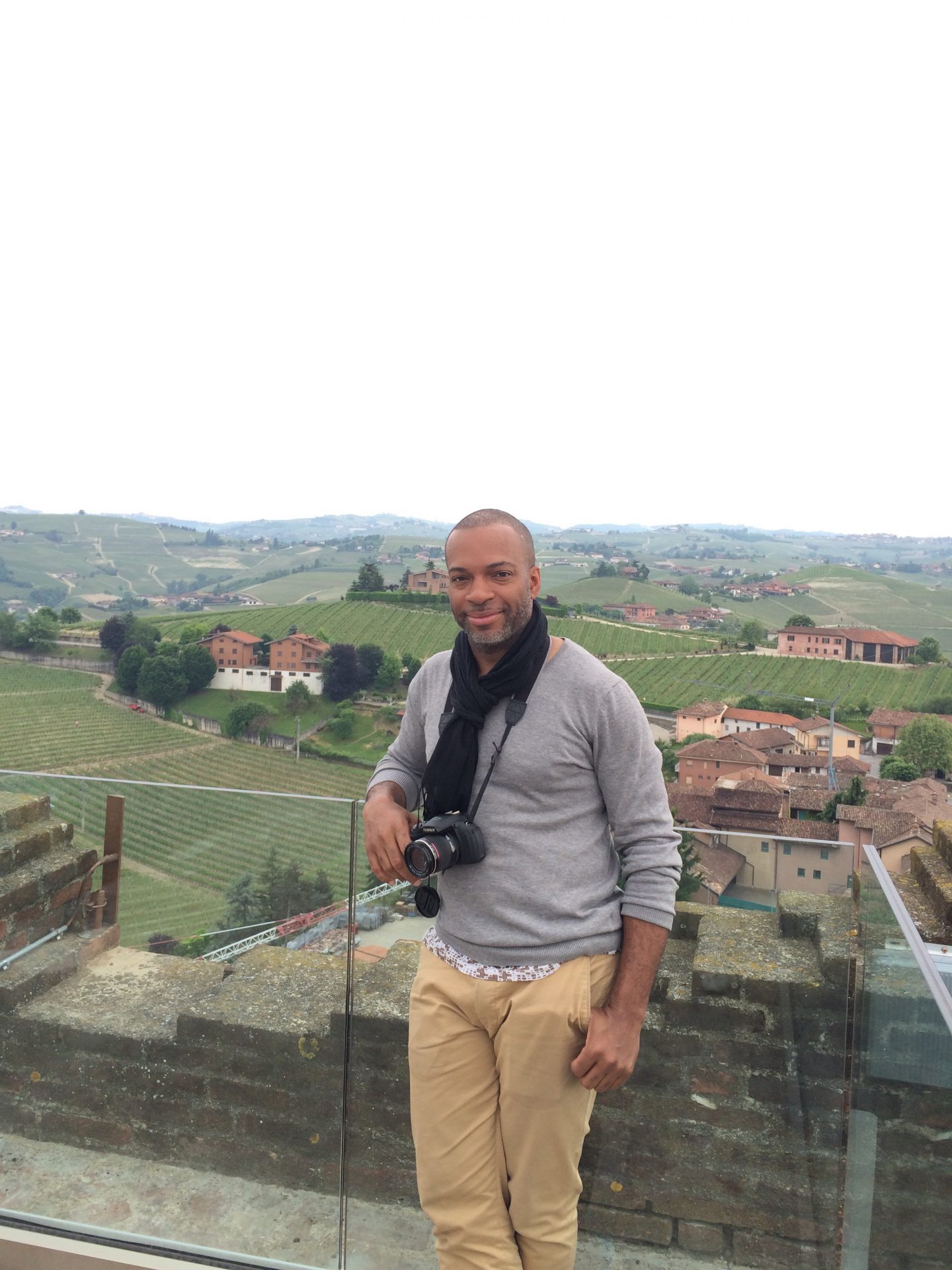