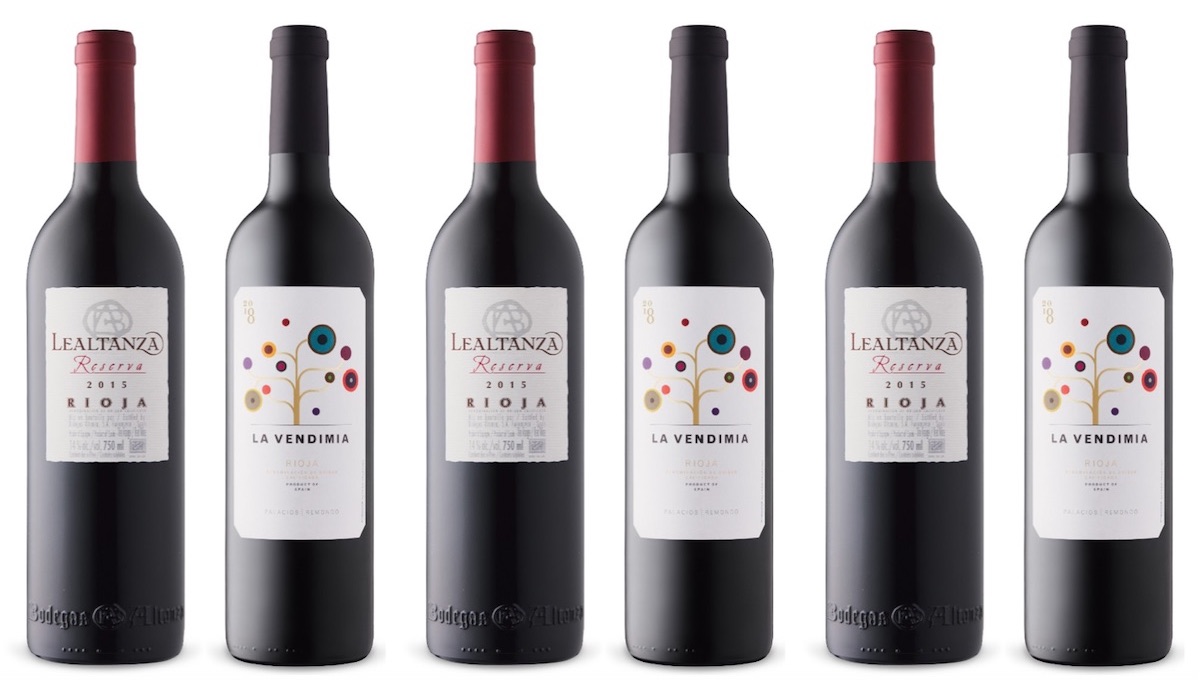 Every once in a while the stars align and an interesting combination of wines ends up at the LCBO Vintages at the same time. This month it’s two red Riojas that if served together, or in succession, make an interesting (and delicious) tasting. The Lealtanza Reserva 2016 ($23.95 – LCBO# 208223) is a great example of a traditionally made Rioja, while the Palacios Redmondo La Vendimia ($18.95 – LCBO# 674564) is a more modern, fresh and fruit forward wine. It’s fun to see how they diverge in style, and also how they have underlying similarities in their expression of the Tempranillo grape.

If I was going to (re)taste both wines at the same time, I’d lead with La Vendimia and look for red to black berry fruit, a whiff of violets and a touch of silky tannin. I look forward to this wine, which comes through the LCBO every year. It’s a charming drink that’s both fun and serious and primed for food. At $18.95 it’s also a great deal, and a great way to taste the work of Spanish rockstar winemaker Alvaro Palacios. Before turning to taste the Lealtanza Reserva, I would take care to have opened it a good hour before, and I might have also decanted it, or poured a glass ahead of time to get air onto the wine. I didn’t do this when I tasted the wine earlier this week and regretted it, since the last glass of the evening had really opened up and showed a great array of black fruit against a still youthful structure – despite being five years old. I have put the Lealtanza into the category of ‘classic Rioja’, but they might not agree. There is oak in this wine for sure, which is really what I mean by classic, but it’s French aok, not the traditional American, and it works as a seasoning, bringing out the deep brooding notes in the wine. Now, with two glasses before me (and before my dining companion(s)), all I would need to do is grill a few steaks and settle down into a very pleasant evening.