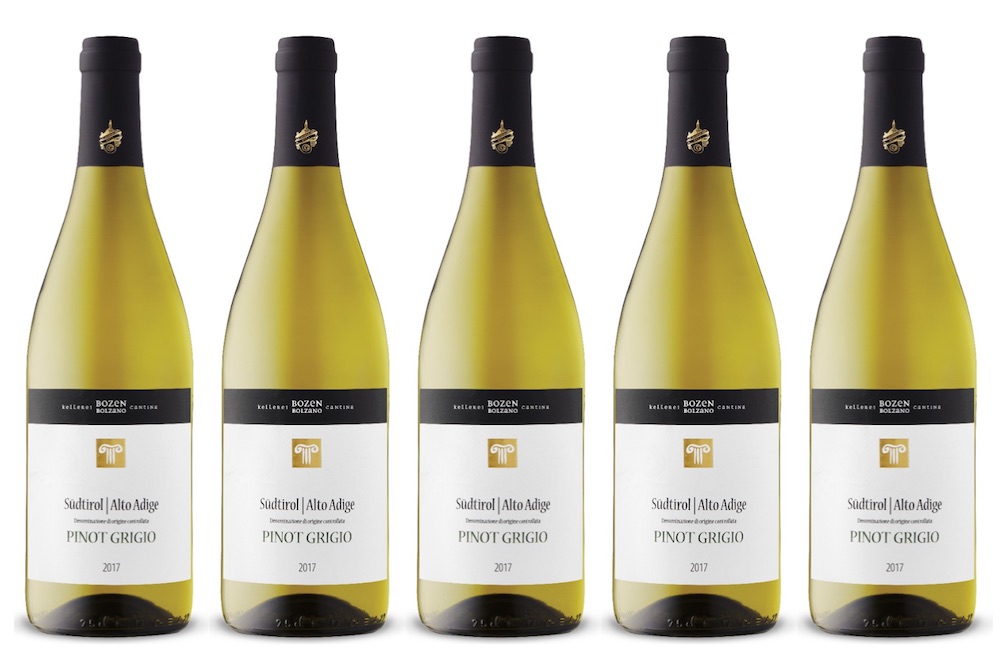 There is an ocean of mediocre Pinot Grigio out there, which is fine since it clearly meets a demand, but ultimately boring for wine writers and trade who wish to avoid overpaying for a wine that under delivers. So, it’s refreshing (literally and figuratively) to come across the Kellerei Bozen St. Magdalener Pinot Grigio 2017 ($18.95, LCBO# 249466). The Kellerei, which also goes by its Italian name Cantina Bolzano, is a co-operative a little over 200 families in the Germanic Sud Tyrol region of Northeastern Italy. The Kellerei might be a good example of the renaissance of co-operative  made wines that Jamie and I have been posting about lately that make well made wines at reasonable prices.

The 2017 St. Magdalener is an outlier wine, at least compared to most commercially made Pinot Grigio. Made entirely in stainless steel, it’s crisp and racy, but also wonderfully round and full of green apple and lemon fruit, with a note of honey on the finish. We served it recently at a party, and most of our guests wouldn’t identify it as a Pinot Grigio per se. I’m not sure I would either, guessing it was closer to an unoaked Chardonnay. At $19 a bottle, I suggest it’s worth a try with snacks as an aperitif and a topic of conversation.