Malcolm Jolley shares his recipe for a pork and tomato based chilli. 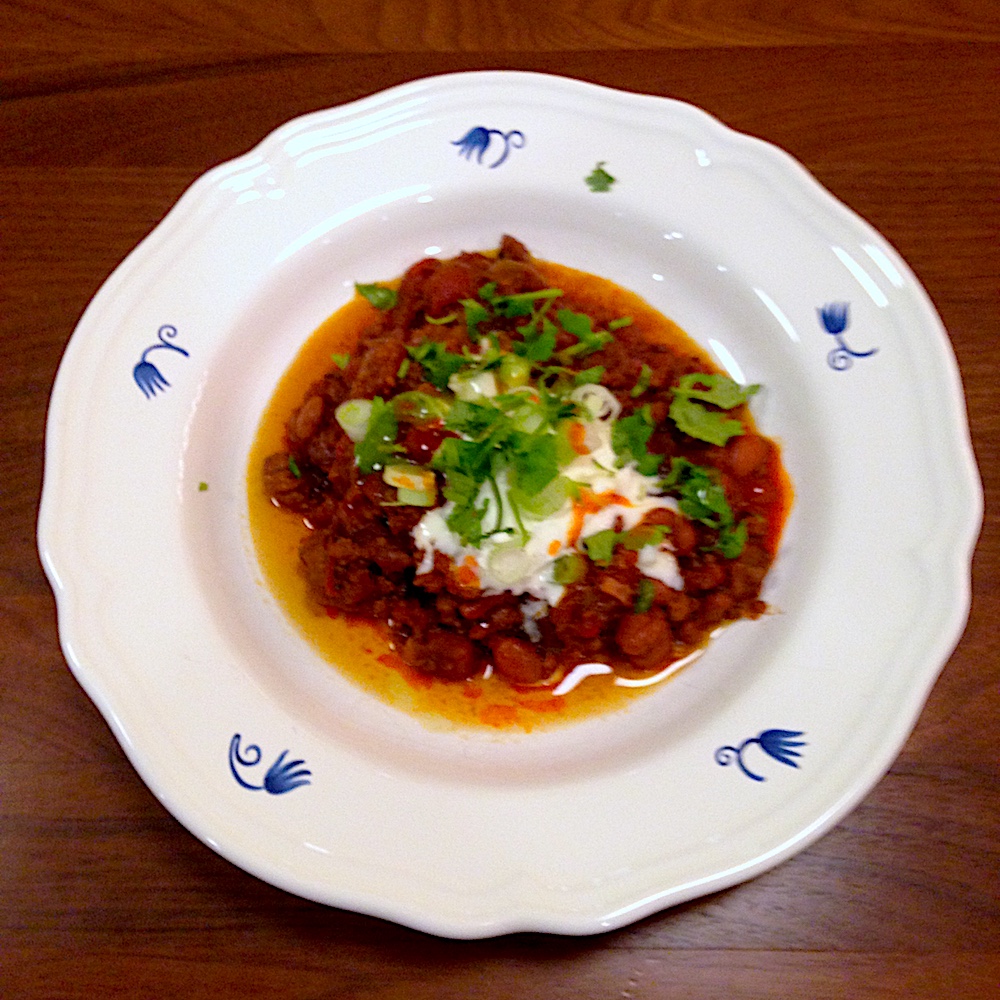 A sort of chilli garnished with crème fraîche and spring onion.

It is my modus operandi to look-up a recipe after I have cooked. Let me explain why I reverse the normal sequence: it goes back to when I wrote a monthly recipe for my old column in The National Post. My subject was a seasonal ingredient (or an ingredient integral to a seasonal dish) and a recipe from my repertoire to accompany it.

As a young man in my teens and twenties I learned to cook by following recipes from my growing cookbook collection. Pretty soon, I had developed my own roster of dishes and styles of cooking adapted from that earlier cookbook study. By the time I was asked to write recipes for the newspaper, the origins of my asparagus soup (Harry’s Bar Cookbook) or pork chops with garlic and wine (River Cottage Meat Book) were lost to the sands of time. And my dishes had become so perverted from their original sources that to find an ordered and schematic reference to whatever I was cooking, I would go back to my library and look up recipes in cookbooks old and new to compare to what I had worked out from memory. (Since I was not a trained recipe developer, I lived in regular fear of ruining my readership’s Saturday night dinner, so I often cited the original, or a published recipe: “based on Alice Waters’ recipe for…”).

I mention all this because this week I went back to the library this week to look up recipes for chilli*, after I had made a batch for my family on Saturday night. I took a picture of the chilli and posted it on Twitter and Facebook, and I was asked for a recipe. Hmmm, I thought, what is my recipe and what is a standard chilli recipe anyway?

Well, following the Oxford Companion to American Food, chilli is defined as a beef dish with chilis, cumin and oregano. My chilli recipe has chilis, in the form of Spanish smoked paprika and cumin, but I don’t like oregano very much and I’d rather buy ground pork than beef from my butcher, since the former is guaranteed to be local and I think it melts into a chilli better. I also like to add beans, and canned tomatoes, which makes my chilli possibly more Italian than Tex-Mex. So, I call it “Upper Canada Chilli con Carne”, since it’s come about here in Ontario, and the acronym UCCCC amuses me. If I didn’t have kids, I would add a bunch of chopped chili peppers in with the onions.

So here, Deborah, is the recipe as far as I can remember…

An hour or so into the cooking…

Since chilli is made from ground meat, it doesn’t need to cook for a particularly long time, but it doesn’t hurt to give it a full two hours, or more.

Garnish with crème fraîche (or sour cream) and spring onion or chives and parsley or cilantro, and serve with good bread and butter. 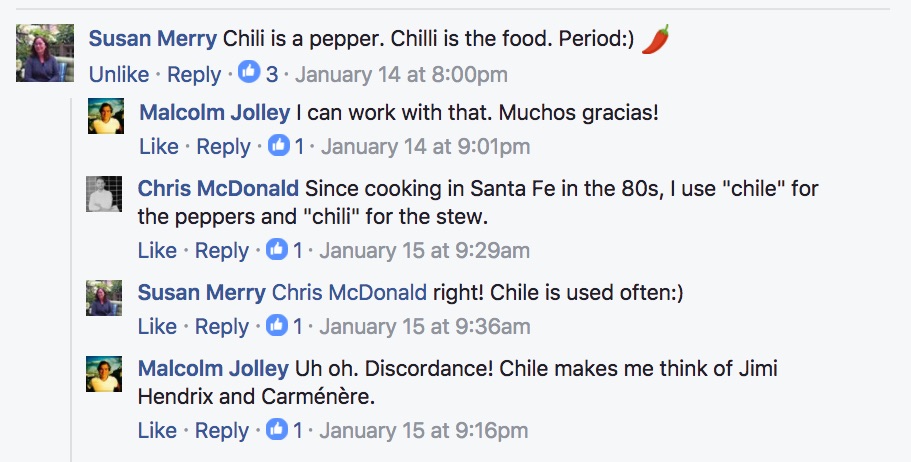