Try This Yellow Gin from Quebec 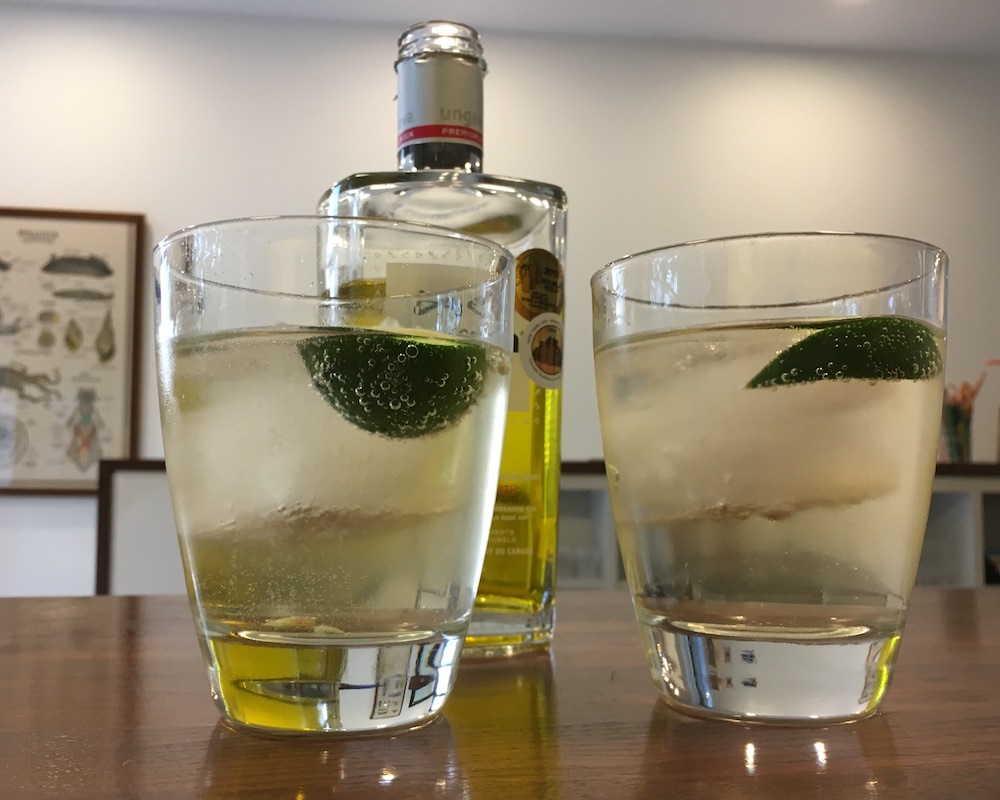 It’s not hard to miss on the shelf: Ungava Gin is bright yellow through its clear square bottle. If the colour is off putting, don’t worry: when mixed with three parts tonic, all that remains is pleasant golden glow. 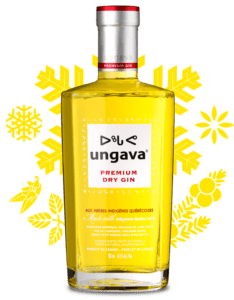 Launched in 2011, Ungava Gin is the brainchild of entrepreneur Charles Jordan, who founded the cider Domaine Pinnacle in Quebec’s Eastern Townships. It’s made from a neutral spirit derived from Quebec corn and, most importantly botanicals from the Ungava region at the northern most tip of the province. Ungava substitutes the typical Mediterranean gin flavourings for sub-Artic ones like cloudberry, Labrador tea, rose hip – it’s rose hip, which is infused after distillation, along with the five other botanicals, that gives the drink its colour. It’s also flavoured with nordic juniper, which means its flavour profile is very much in the familiar realm of gin. And yet, the cloudberries and rose hips (and, I assume, the exotics like Labrador tea, crowberry and Artic blend) give it a distinct twang and fruity lift. The the second introduction of botanicals, after distillation, also has the effect of giving the gin some weight on the palate. There’s just a hint of viscosity, which makes it just a little more interesting than your typical white spirit.

Ungava Gin was acquired last year by the Corby group of distilleries and imports, and is accordingly making a marketing push. It’s currently aggressively priced, for a premium product, at $31.95 at the LCBO (lookup product number 374231), which makes it especially worth trying, particularly if the current late summer warm weather holds. Brand ambassador and celebrated mixologist Jordan Stacey recommends GFR reader try it with tonic cut with a bit of soda or sparkling water to really let the flavours come through. Or, he suggested to me on the phone last week, as a Martini made with the Bordeaux aperitif Lillet and a shaving of lemon rind. One can also find detailed cocktail recipes at Ungava Gin’s website here.

» Good Drinks, Try This » Try This Yellow Gin from Quebec