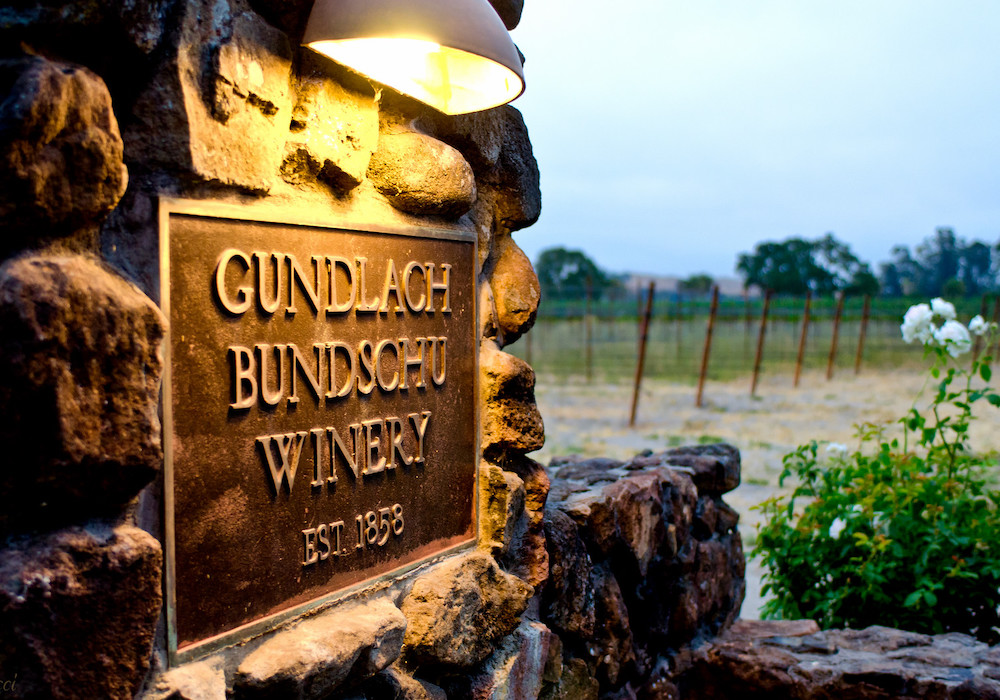 For six generations and over 150 years, the Gundlach family has farmed their Rhinefarm estate vineyard at the crossroads of the Sonoma Valley, Carneros and Napa Valley appellations. Since purchasing the 400 acre property in 1858, Jacob Gundlach was devoted to wine grape production, returning to his native Bavaria, and then travelling through Germany and France with his new bride, Eva, to purchase rootstocks to plant at Rhinefarm upon their return to America. Today, the family focuses on making small lots of ultra-premium wines from this distinctive and historic property, and does so with forward-thinking sustainability programs in the vineyards and winery.

This Merlot was sourced from three different areas on Rhinefarm, including the La Paz plantings from 1976. With its southwest facing, shallow volcanic ash slopes, the site receives optimum sunlight and temperatures. Merlot planted on the lowland portions of Rhinefarm enjoys the cooling fog benefits from the San Pablo Bay to the south and the Petaluma Gap to the west. These blocks contribute structure and mineral notes along with forward red fruit and cherry flavours, while mid-level blocks provide spice and classic plum, complementing the warmer bench sites’ darker fruit character, breadth and lushness on the palate.

The Sonoma Merlot blocks are hand harvested in the cool morning hours and enjoy a three to five day cold soak before partial native fermentation and gentle pumpovers. The wine spends an average of 17 months in 100% French oak, 40% new, before being released. The 2014 Merlot is splashed with 5% Petit Verdot, 4% Cabernet Sauvignon, and 1% each of Malbec and Cabernet Franc.

I hope you’ll enjoy the wines from this historic California property as much as I do.