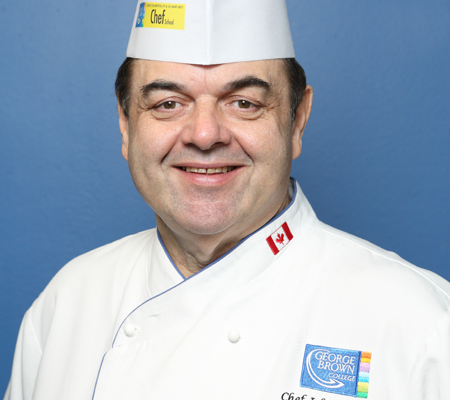 Treat yourself to an exclusive four-course meal with wine pairings for $85 (inclusive of taxes and tip) at The Chefs’ House. Every month the “Rising Star Dinners” Series features a top Canadian chef who creates an original menu featuring dishes and flavours that showcase their individual culinary talent.

For any reservations or information about The Chefs’ House Events, please visit our website; www.thechefshouse.com or call the team directly, 416-415-2260.

Fabio started his Hospitality career at an early age of 16 years old. As a young prep cook he explored the industry by working in several different positions including front and back of house. In his early twenties, Fabio worked for Royal Caribbean Cruise Lines and boutique style hotels.

After being in the industry for several years he attended Toronto’s George Brown Culinary School. Graduating with honors he continued his education by attending the Italian post secondary program. During this stint, Fabio was awarded the “Cuisinart- Excellence in Italian Cuisine” Scholarship. Furthering his education, he attended the Alma Culinary School in Parma, Italy.

While in Italy, Fabio was hired to work at the prestigious Michelin Star, “Il Postale” restaurant in Umbria. It was there, while working under the talented Mario Citadini that he developed his skills in pasta making and curing of meats and fish. Chef Mario Citadini worked closely with Fabio in advancing his style and approach to Northern and Southern Italian cuisine.

Returning from Italy he was hired as chef de cuisine for Skyline boutique hotels.

After cooking in the hillsides of Tuscany, Miriam was inspired to move from bustling Toronto where she worked in Food Television and set her roots in the countryside. Now living the dream, Miriam and her husband Neil, opened Mad Maple Country Inn; a hub for food, culture and community.

Mad Maple offers Country-Boutique accommodations on their picturesque 100-acre farm just outside the Village of Creemore, which was recently named a must visit destination by enRoute Magazine.

Guests of Mad Maple experience warm welcomes and indulge in bountiful culinary fare, made from scratch, showcasing ingredients from their garden, forest, or neighbouring farms and artisans. The Inn offers private dining experiences and dynamic programming for all ages collaborating and creating with others.

Miriam is a proud Graduate of The Culinary Management Program and The Italian Culinary Arts Progarm at George Brown College. The Italian Program introduced her to the values of Slow Food where she became an active member and leader in the local food community in Ontario.

Miriam continues to organize and participate in industry events. She is an active contributor to food and environmental advocacy organizations expressing her passion for the world of hospitality and vibrant communities.

Providing a healthy alternative is why Cynthia and Mike Beretta started this business more than 20 years ago. By looking at health—not just for today, but for a lifetime—we understand the type of food we put in our bodies now reflects the results we see later.

Understanding where your food comes from and how it was grown or raised allows you to make intelligent decisions which can impact your overall health and well being as well as the state of our farm lands and the environment.

Yes, organic may cost a little more but we believe you’re worth it. It’s better to invest more in healthy food, dry-fit workout clothes and fitness memberships now than in medicine, time off work and a poor quality of life later. It’s important to invest in your future. In your health—and in your happiness. At Beretta, it’s important to us that we provide you that option.

Beretta offers exclusively Canadian grass fed, organic or naturally raised products, all without the use of antibiotics or hormones, ever.

Graduating from both Chef Training and Food and Beverage Management programs at Conestoga College, Chef Daniel Henderson pursued his Red Seal qualification at the Waterloo Inn and Conference Centre. Striving for change, Daniel moved west to Vancouver Island where he began studying the art of Sushi under several Japanese Chefs.

Landing in Victoria, B.C. with the Oak Bay Marine Group, Daniel worked his way through the Island at several Japanese Sushi Bars until finally managing the Sushi Bar at beautiful April Point Resort and Spa. Throughout his time on the West Coast of Canada, Daniel’s sushi training also brought him to Japan where he experienced the art of Sushi first hand.

Ready for his next challenge, Daniel returned to his roots in Ontario in 2004 and to the French and Mediterranean kitchens. He worked at the Cambridge Inn and Conference Centre as Executive Sous-Chef and as Chef for Blackshop and Sole restaurants. It was in 2008 that Daniel took his passion back to the Asian cuisine and joined Bento Sushi as their Executive Chef. In his role at Bento, Daniel manages over 1300 chefs in over 350 locations across North America including 4 restaurants in Manhattan. With Bento, Daniel has opened more than 75 locations and is now leading the rapid expansion to the North Easter States, including New Jersey and Philadelphia.

Luis Valenzuela was born in Guadalajara, Mexico. He moved to Canada in 2001, beginning his career at North 44 restaurant under renowned chef Mark McEwan, and executive chef Brook McDougall. Valenzuela moved up the ranks at Mr. McEwan’s restaurants, ultimately becoming the Saucier/Tournant at Bymark.

He apprenticed much of the time under Executive Chef Andrew Ellerby from One Restaurant, and attributes much of his knowledge and passion to this experience.

Luis also worked under renowned Italian Chef Bruno Barrbieri in Verona, Italy, and with Adolfo Munoz from Toledo, Spain. His career so far has shaped him as the Chef of Café Cinquecento in 2008, and today Luis is one of the youngest accomplished Chefs of the city, running the kitchen of Torito Tapas Bar in Kensington Market.

Born in Dallas Texas, brought up in Atlanta Georgia, and settled here in Toronto. Jeff started in the food and beverage industry at a country club in Georgia back in 1999. After deciding to move to Toronto in 2004, and attend George Brown to take the Food and Beverage Management course, Jeff fell in love with the city and decided to stay. Beginning his journey here working at The Fairmont Royal York in 2006 as a Bar Tender. There Jeff had the privilege of training with world renowned mixologist Chad Solomon and since then Jeff has worked at some of the top restaurants and bars this city has to offer such as Nota Bene, Loire, Toronto Temperance Society, and The County General. Jeff started his own business in 2013, called “Carroll & Co.”, providing bitters and mixes to bars as well as consulting.

Holiday Cocktails with The Martini Club

As co-founders of the Martini Club, the renowned Toronto-based consultancy specializing in custom drink design, mixology training programs and specialty bar service, Michelle Hunt and Laura Panter are at the forefront of the beverage industry. Experts in mixology, drink design, spirit trends and service excellence, Michelle and Laura have traveled throughout North America, the Caribbean  and Europe designing bar programs and re-designing cocktail menus, as well as educating bartenders, liquor companies and consumers, covering topics from the history of the cocktail to product knowledge to increasing on- premise profits.

Since 1996 their commitment to excellence has set the standard for all who follow, and The Martini Club International continues to raise the bar in the world of beverage alcohol.

Chef John Higgins has cooked for the Queen at Buckingham Palace, on the Royal Yacht Britannia, for heads of state in Washington and for celebrities around the world.

At the beginning of his culinary career, he apprenticed at the Michelin Star Restaurant in Glasgow, Malmaison, and then worked at the world-famous, five-star luxury hotel in Scotland, Gleneagles. Upon immigrating to North America, John worked for the Four Seasons Hotel in Canada and the United States and his final stint in the hotel industry was at the King Edward Hotel in Toronto.

Now, John is the director of one of North America’s best cooking schools, George Brown Chef School in Toronto. Since arriving in 2002, John has steered the school through a massive expansion due to an explosive demand in enrolment. With his Scottish brogue, keen wit and passion for teaching, John is leading the way for the next generation of talented chefs. He has traveled the world, from India to Italy and Sao Paulo, promoting Canadian cuisine.

John has made several television appearances including, Food Network’s At the Table With and he was also a guest judge on the first season of Top Chef Canada. He has a long list of accolades, including being the first chef to receive the Toronto Arts Culinary Award and he was captain of the Canadian Culinary Olympic Team at several different international and worldwide competitions. In this era of celebrity chefs, he reminds his students that being a chef is hard work that requires passion and dedication. 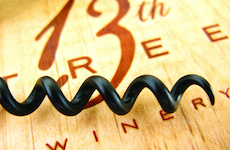 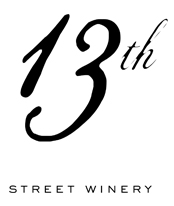