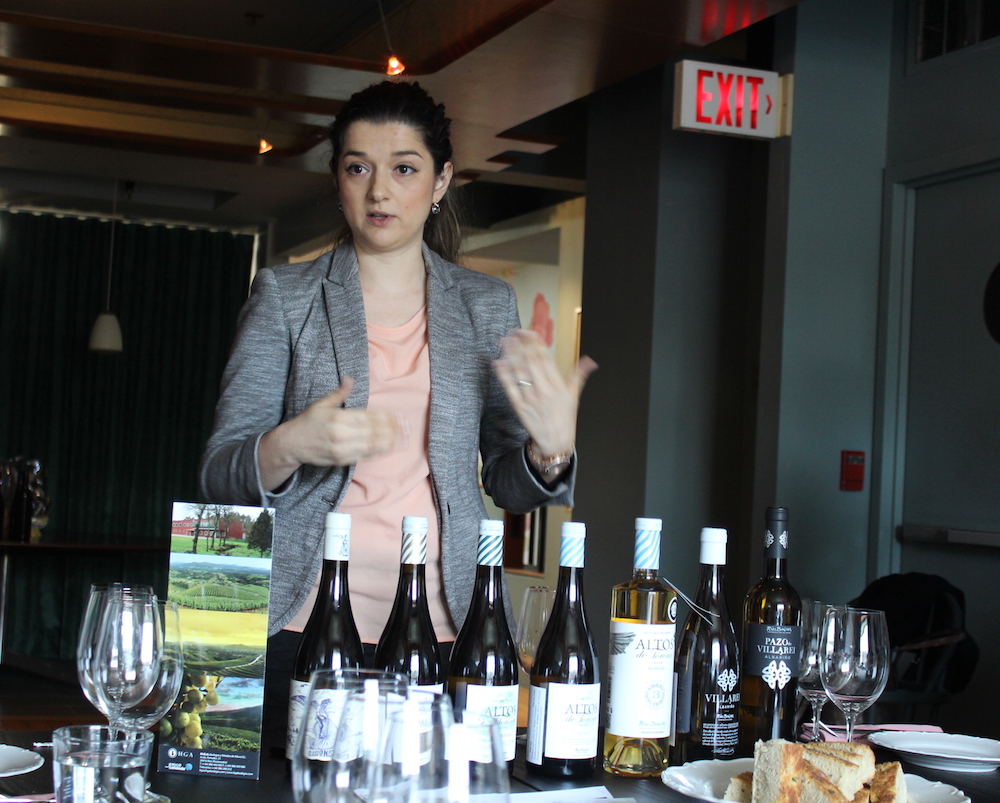 This past spring, I attended a tasting led by an energetic young lady named Cornelia Procas, the export manager for the Galician wine company HGA Bodegas y Viñedos de Altura, one of the larger concerns in this ‘autonomous community’ in Northwestern Spain. Galicia might be best known for the town of Santiagio de Compastostela, terminus of the great Camino de Santiago pilgrimage. In wino circles, however, Galicia is best known as the home of the appellation of Rias Baixas, 90% of which is planted it’s indigenous white grape, Albariño, maker of crisp, lean and refreshing wines. 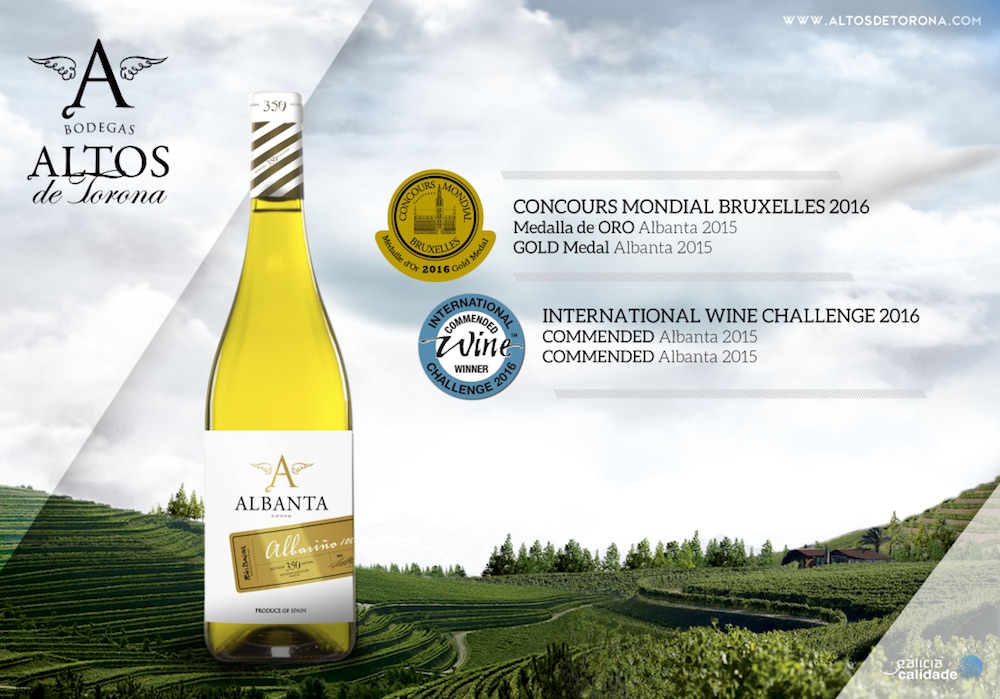 This Saturday, the LCBO Vintages Release will feature the Albanta Albariño 2016 (LCBO# 544254 – $18.95). It was one of the white wines I tasted in May with Ms. Procas (albeit in its 2015 form), and it’s easy to spot on the shelves with it’s distinctive striped foil capsule over the cork at the top of the bottle. It’s also delicious and great value for a wine under $20.

The climate of Rias Baixas is cool and influenced chiefly by the North Atlantic. The geology is mostly granitic soils on steep hills which rise up out of river valleys, most famously the Miño, which running from the east to the west forms part of Spain’s border with Portugal. The result is that a well made Albariño, like the Albanta, is crisp with acidity and a little salty. The 2016 Albanta picks up on these qualities and elevates them with a pleasant touch of viscosity and a good load of fruit, running from lime to nectarine and maybe a touch of green apple. The note that I made about the 2015 Albanta in May holds for the 2016 at this summer’s end: I could happily drink this all afternoon.

Since drinking good white wine all afternoon is not especially prudent, however enticing the notion, I suggest pairing it instead with food. Galician seafood is, of course the obvious match, and I think just about anything from sea, lake or river would do. But really, in our part of the world, this wine shines as an aperitif, and will go with just about any snacks that got put out. If I were cornered into being specific, I would recommend good green olives and plain potato chips.