Get Thee To Allen’s Steak Festival! 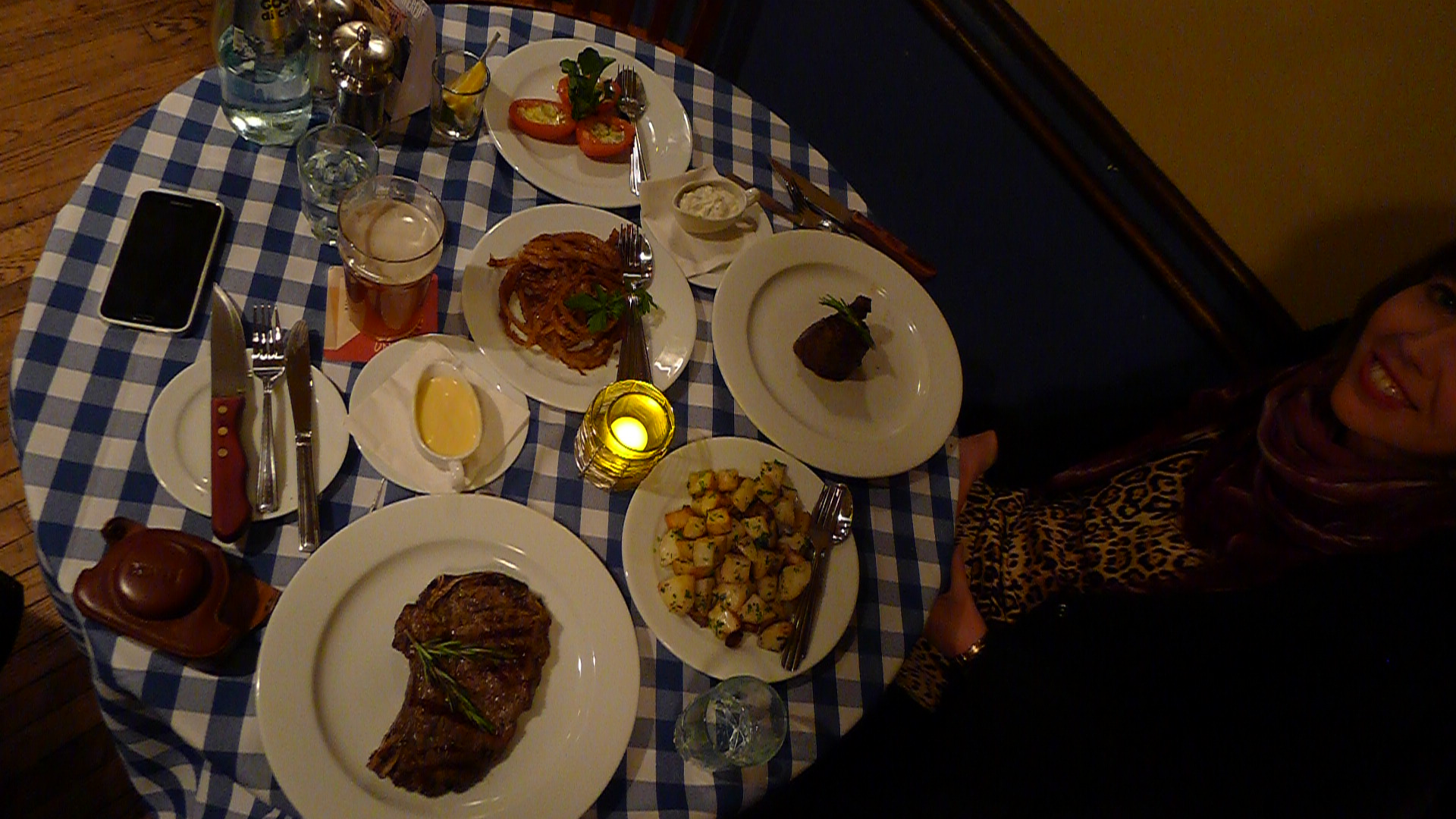 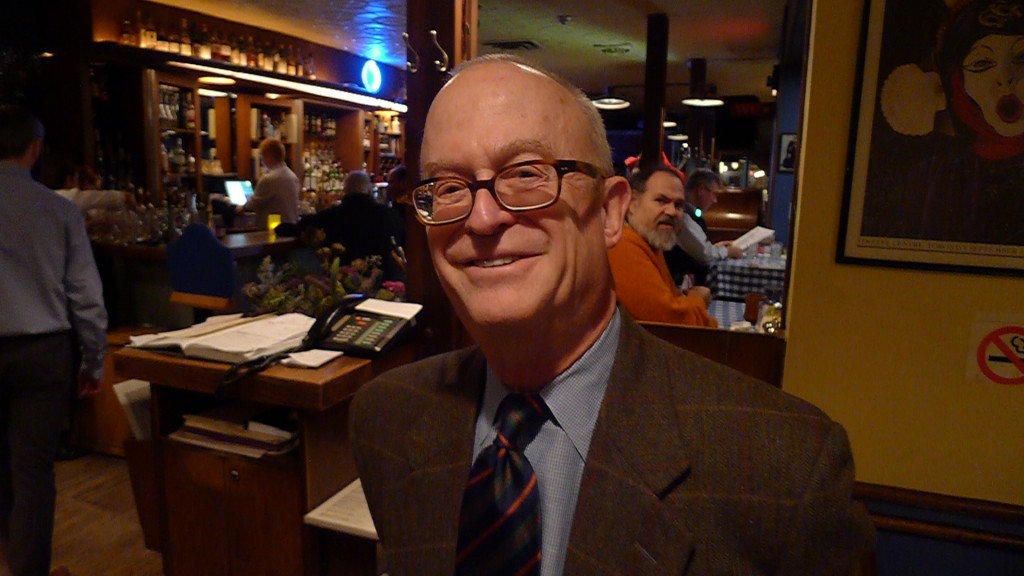 Forever the consummate host, and dressed impeccably in a dapper tweed suit, Mr. John Maxwell. His warm welcome makes for the perfect start to a special evening. Look forward to seeing a feature interview with this wonderful man in the very near future… Hold on a second… Is that Steve Earle I spy in the background?

Last year, just before the birth of our son, I wrote at some length about the superb time we had at Allen’s Steak Festival… indeed, today I put our young lad’s sturdiness down, in part, to his mother’s hearty appetite that particular evening. It’s all about those antibiotic/hormone-free meaty nutrients, you see.

With this in mind, a couple of nights ago we found a suitable babysitter for our now 10 month old boy, and then headed out east to the Danforth, for another sampling of proprietor John Maxwell’s famed beef extravaganza.

As you can see from the pictures, we had yet another top notch night in the company of two utterly delicious steaks, accompanied by all the requisite trimmings, naturally. Also, be sure to ask Mr. Maxwell about his excellent aged Ontario wines… I was lucky enough to snag a hearty glass of the 2005 Thirty Bench “Red”, and it was drinking quite excellently.

Allen’s Steak Festival runs until the 22nd of this month, but one has to be quick, as towards the end of the festival they usually begin to run out of some of the more popular cuts. 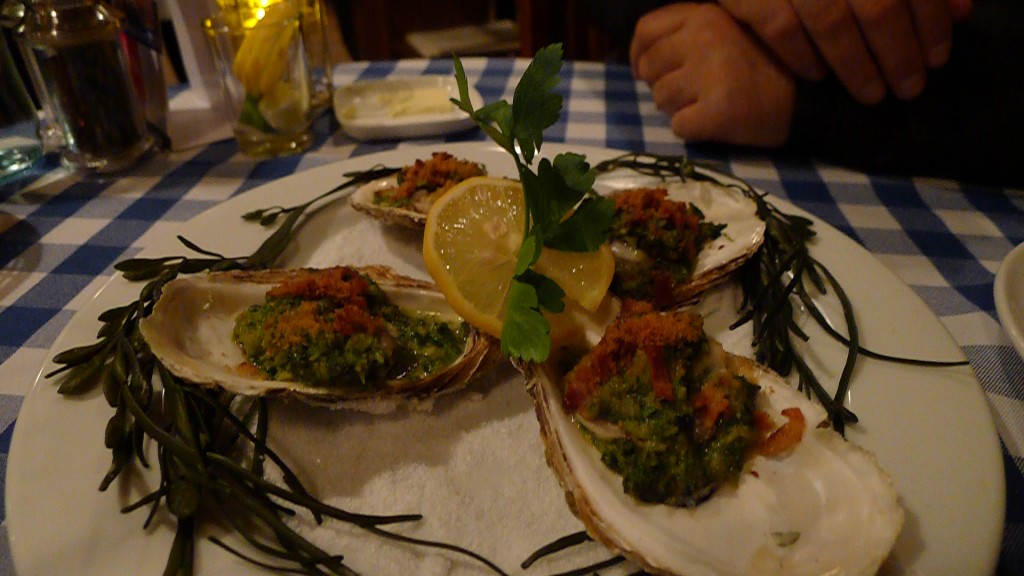 After a swift, strong Gibson at John Maxwell’s suggestion we went straight into Allen’s Oysters Rockefeller. 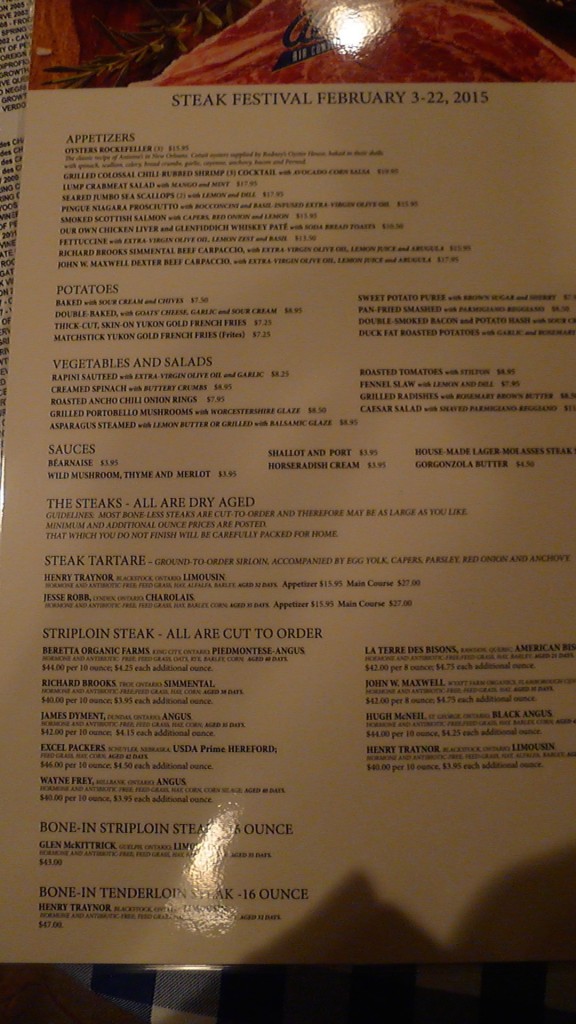 As you can see, for Allen’s Steak Festival the menu is rather sizeable… 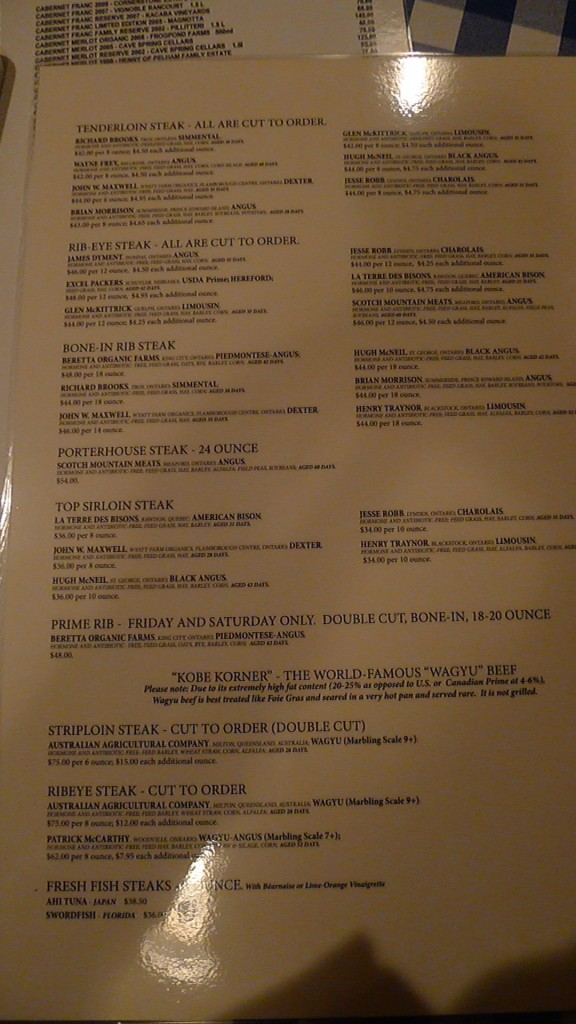 …and that was just the first side! 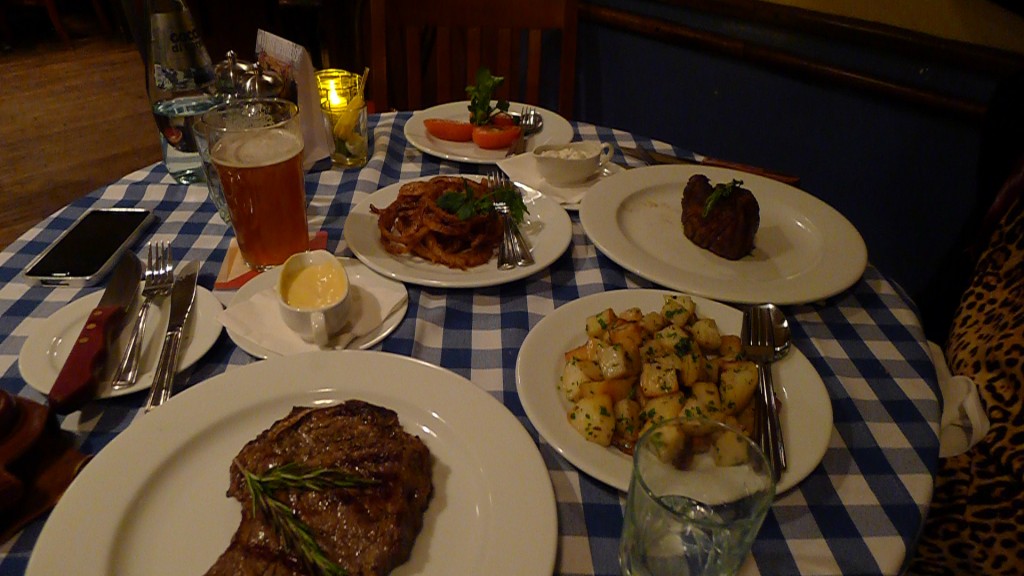 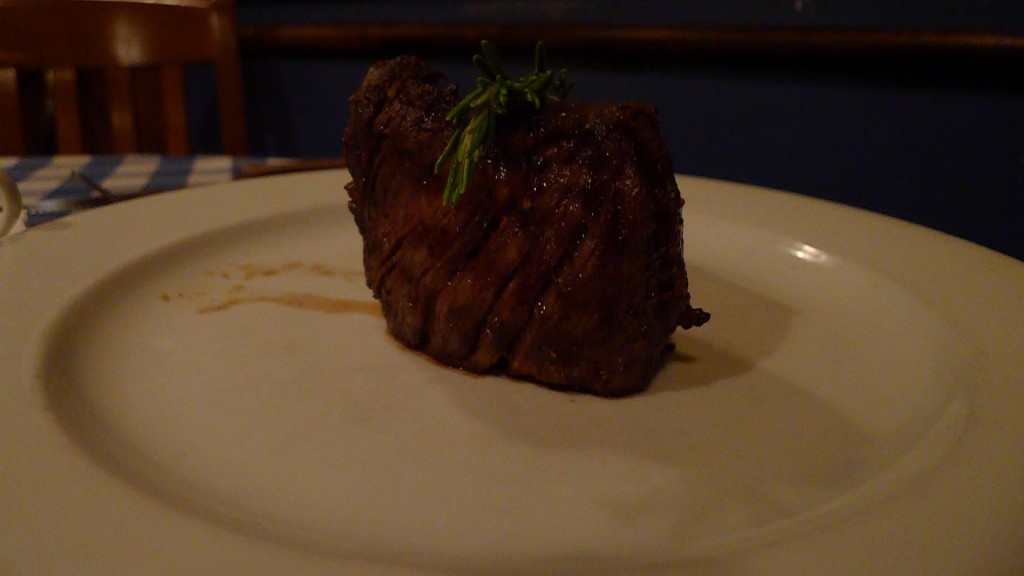 It’s tough to get hunks of meat looking good in low light. What we have here is something quite special: An 8oz cut-to-order Tenderloin from Prince Edward Island. Angus breed, hormone and antibiotic free. Fed on grass, soya beans, barley, and potatoes, and aged for 24 days. $43 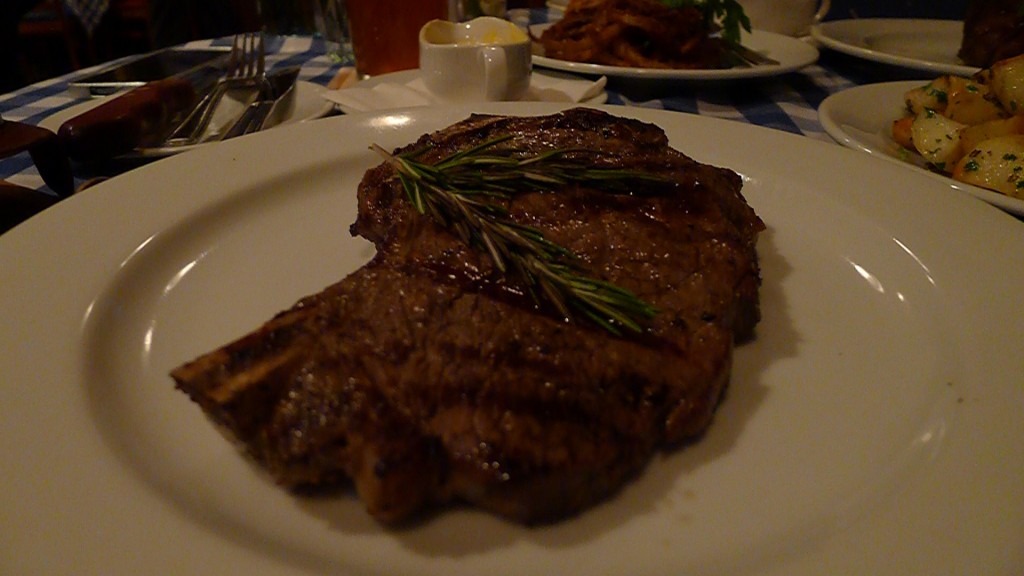 And here we have a 16oz Bone-In Rib Steak… from hold on, there is some dispute here… it must have been that damn Gibson. I blame Maxwell’s Gibson.

Best of the Braai South African Wine Tasting and BBQ 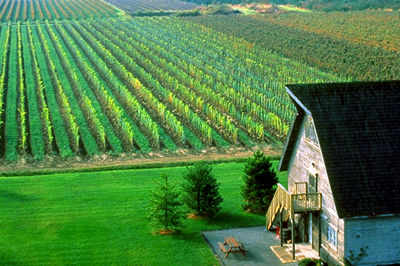 What’s Cooking in Niagara at Inniskillin and Jackson Triggs 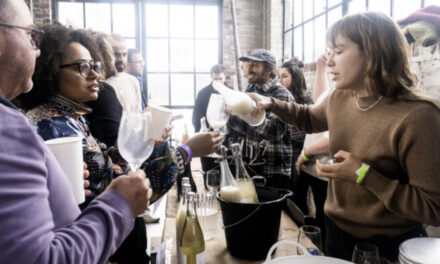