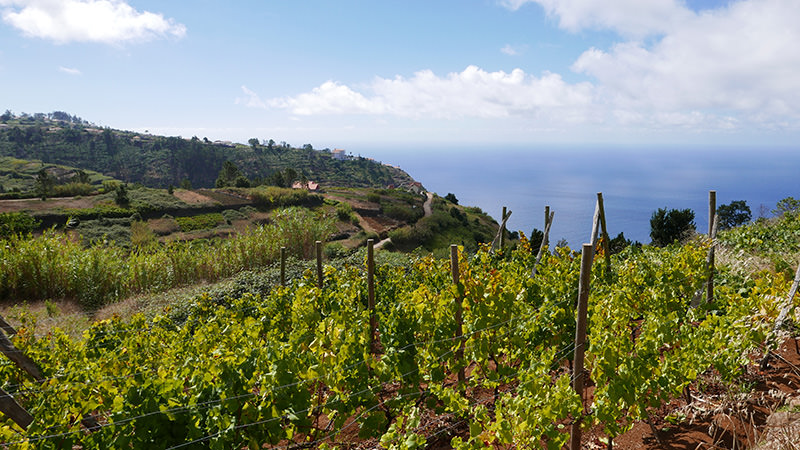 Wines of the Past, and the future. Of the hundreds of families who have produced and shipped Madeira over the past two centuries, only four remain: Blandy, Borges, D’Oliveira and Barbeito. The first three families have been around since the nineteenth century, and their legacy secured by having stockpiled old vintages during and after the Phylloxera epidemic of the the 1870s. 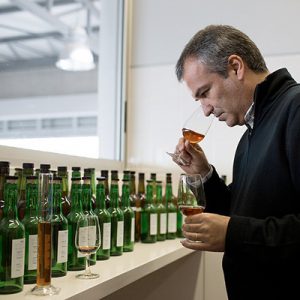 Vinhos Barbeito, however, is one of the youngest families, founding their company in 1946, a particularly dark era for Madeira due to World War II. As many houses were shuttering, Mario Barbeito, former accountant for Borges, saw opportunity, and began buying substantial stocks of old vintages from important families. He was stockpiling these wines for his future generations, namely daughter Manuela, who took over the business in the 1970s, and her son Ricardo Diogo Freitas, responsible for the forward-thinking, quality-focused direction the winery took in the early 1990s. Ricardo’s aim was always authentic Madeira, offering only 100% canteiro wines (the traditional method of gently warming wines in stacked barrels, with no artificial heating in tanks), with additional aging periods, and no added caramel or deacidification. They also became the first Madeira producer to switch all production to bottled wines, in 1993.

Barbeito has redefined the popular notion of Madeira to create a house style that is slightly drier, and more food-oriented. The wines are built around freshness, and complexity, all as naturally as possible.

“… the established star of this atmospheric Atlantic island (Madeira) … is Vinhos Barbeito, whose super-pure, almost crystalline wines are made by the gifted Ricardo Freitas… the Lafite of Madeira.” – Jancis Robinson, MW

We are proud to bring these highly sought after wines to Ontario. Quantities are very limited.

As we move into our last weeks of 2018, I wanted to personally thank you for your support over the past year, Your purchasing decisions make a difference in the lives and livelihoods of the dozens of producers, and growers we partner with around the globe. Closer to home, we thank you for supporting our independent, locally owned and owner-operated company, enabling us to seek out and import special wines into Ontario for close to two decades.

These are the final few days to order wines for delivery this year. All orders must be received by noon on Thursday, December 20 for delivery on Friday, December 21. Orders received after that cut-off will be delivered in 2019. Our office will be closed from December 24 – January 2.

Please click HERE for a list of all the consignment wines that we currently have in stock and in transit. All cases are 12 packs unless otherwise specified. Prices listed include all agency fees, but do not inlclude HST or bottle deposit. Wines are listed in the following order: sparkling, white, rosé, orange, red, sweet. Products with an asterisk (*) have limited availability.