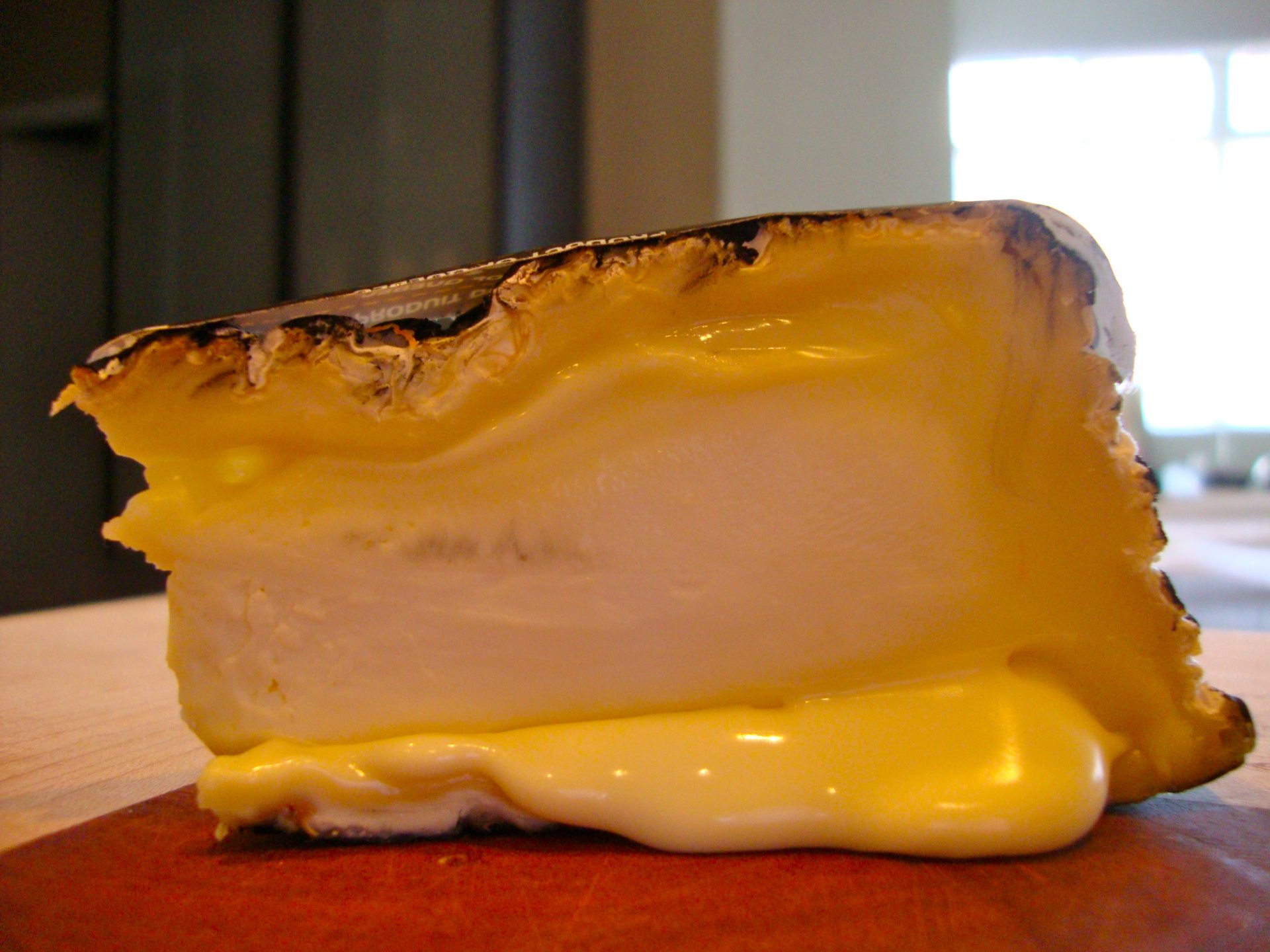 I have never seen a cheese as pretty as Bouq’ Émissaire. It’s a thick white cheese encompassed by a two inch layer of pale yellow cream. The protective rind is reminiscent of the fluffy stracciatella gilato I used to eat on the island of Santorini, and for the past twenty minutes I have patiently watched the gooey cheese seep out over mounds of grapes and parsley and onto the kitchen counter. It’s a smooth goat cheese, trapped in the body of a heavenly dessert. Bouq’ Émissaire is a raw milk goat cheese and this particular wedge de fromage was made by Châteauguay, Quebec cheesemaker Pierre-Yves Chaput. I especially like this cheese because of its obviously unique character. Unlike many of the crumbly goat cheeses that I have sampled in the past, Bouq’ Émissaire involuntarily sticks to everything. Applying cheese to bread is like separating a melted marshmallow from the roasting stick, challenging, frustrating and oh-so rewarding.

Bouq’ Émissaire has a lingering minerality in both taste and smell. It’s not as blunt as other aggressive, unpastuerized goat cheeses, which can be misleading. Bouq’ Émissaire starts as a buttery cheese and quickly turns heavy on the palate, with a sharpened minerality. A 100g wedge of Bouq’ Émissaire can go along way and is best enjoyed with friends over a bottle of Sauvignon Blanc or Chablis.

Bouq’ Émissaire is available at Alex Farm and the Cheese Boutique. 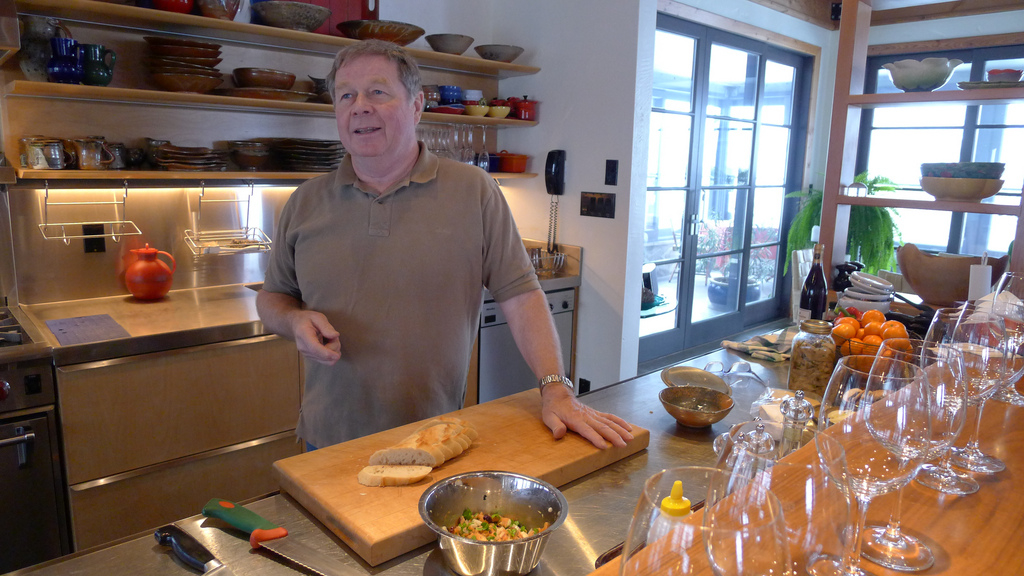 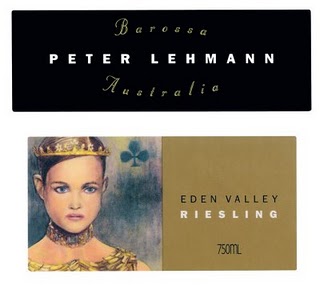 Zoltan’s Value Wines Of The Week 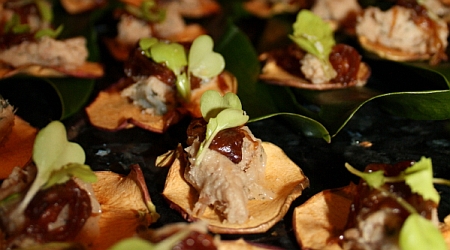 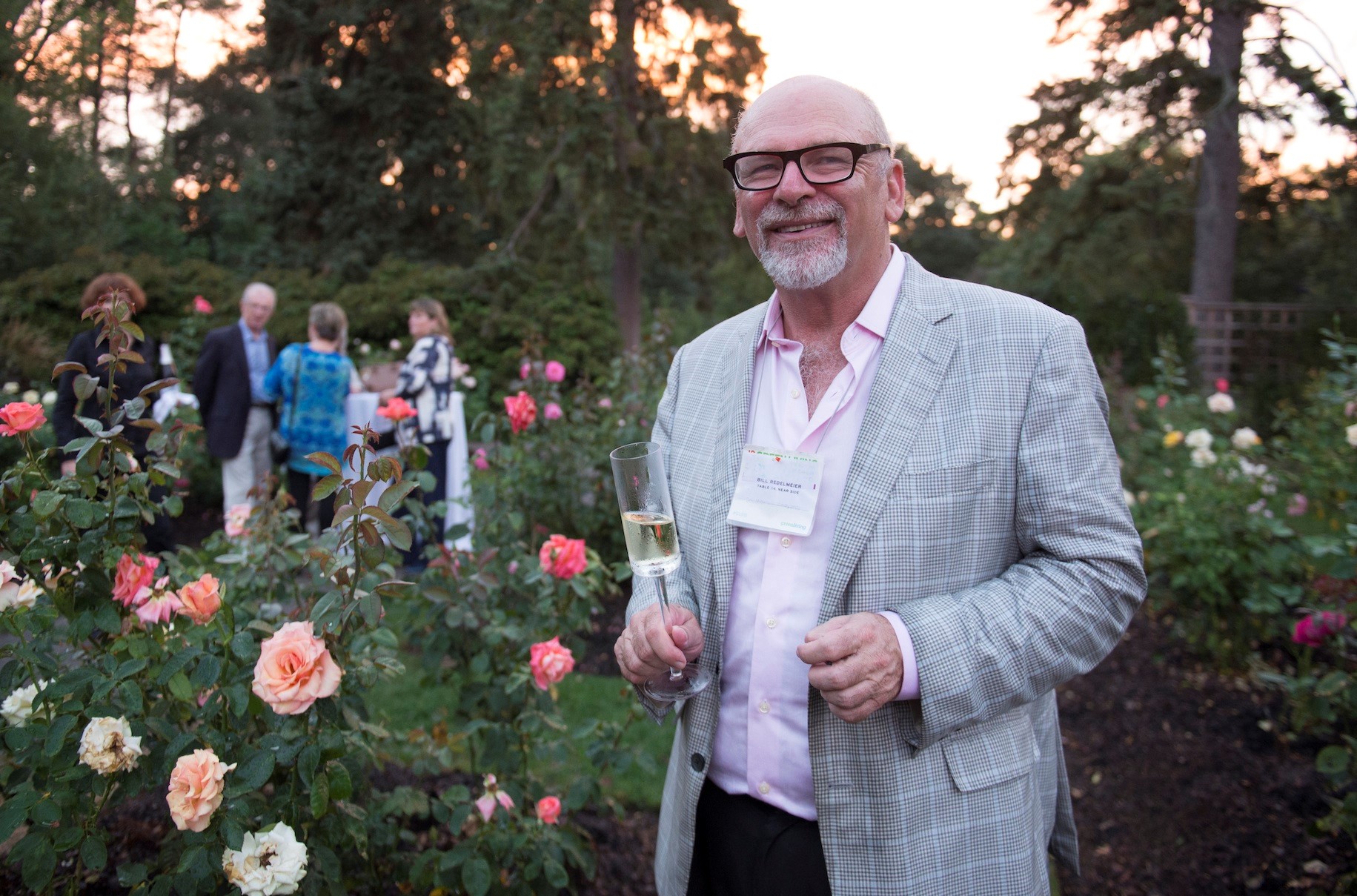