Tama Matsuoka Wong’s transition from Wall Street lawyer to full time forager was set in motion the day the showed up at the back door of Daniel Boulud’s flagship restaurant with a bag full of edible plants and flowers she had collected from around her suburban New Jersey home. Chef de Cuisine Eddy Leroux was impressed and bought the lot. Pretty soon after, Matsuoka Wong founded her foraging company Meadows+More and began a professional partnership with Leroux that’s culminated in their new book, Foraged Flavour.

When Matsuoka Wong was in Toronto earlier this year for the Terroir Symposium, she explained that her foraging philosophy is not about secret stashes of wild foods hidden far off the beaten track, but rather about using common plants any curious cook might find in their backyard or by the side of the road. Her book expresses this attitude, with pages of descriptions and pictures of edible wild plants found in Eastern North America such as day lillies, nettles and dandelions. Foraged Flavour is part field guide and part cookbook. The plants are organised by the season in which they can be found and eaten with the best results. Chef Leroux provides savoury and sweet recipes for all the foraged foods.

Arlene Stein runs the volunteer-organised Terroir Symposium, but her day job is as Program Director for the Evergreen Brick Works in Toronto’s Don Valley. When Stein was trying to think of a way to raise money for the Brick Work’s children’s programs, which bring “at risk” kids from nearby Regent Park, St. James Town, Thorncliffe Park and Flemingdon Park to the centre to learn about urban nature, she looked for inspiration from Matsuoko Wong and decided to organise a dinner using foraged Ontario ingredients that could be found on the Brick Works Property and recipes inspired by the cookbook. She asked Matsuoko Wong to come up to Toronto to host the evening and talk about the food, and when the author said yes The Foraged Feast was set.

Stein has collaborated with Matsuoka Wong to pick five ingredients and then recruited top chefs Jonathan Gushue (Langdon Hall), Jamie Kennedy (Gilead) and Brad Long (Café Belong) and rising culinary stars Alexandra Feswick and Joshna Maharaj to prepare a dish, inspired by the book, to be served at the August 13 fundraising dinner held at the Brick Works.

Good Food Revolution visited Stein on site at the Brick Works last week, and she was gracious enough to take Rebecca Feigelsohn and me on a quick foraging tour. We found wild mustard garlic, elkhorn sumac and cattails among other edible plants featured in Foraged Flavor. Stein explained that the participating chefs will forage elsewhere or procure from local firms like Forbes Wild Foods, because much of the Brick Works is still considered a “brown site”, having been the receiving ground for landfill before Evergreen’s massive conversion. Nevertheless, Stein believes attendees to the dinner will enjoy being surrounded by the plants on their plates. Most importantly, she explained, guests will get a sense of the connection foraging makes between an individual and their natural environment. And it’s precisely that connection that Evergreen’s children’s programs work to make possible all year round.

For more information and to buy tickets click here. (A portion of the evening’s ticket price may be claimed as a tax deduction with a requested receipt.) 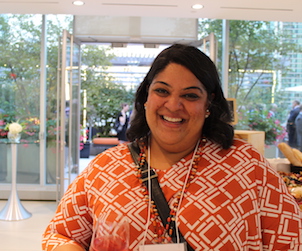 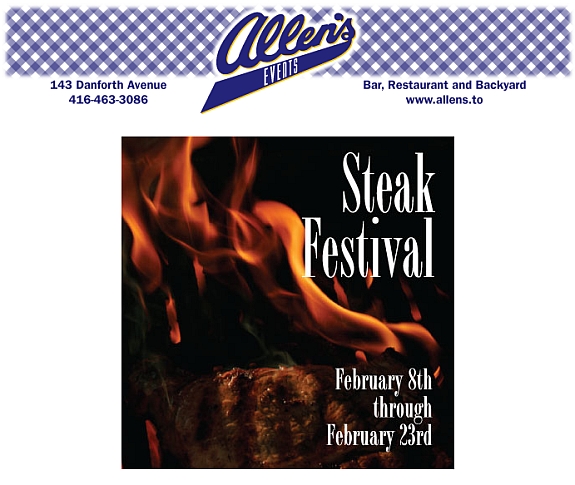 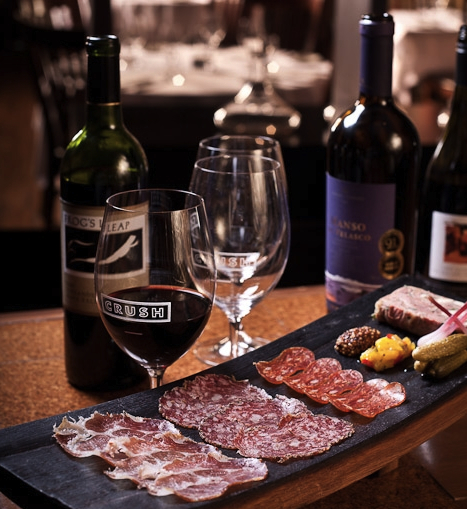 Cost Plus $10 at Crush Wine Bar 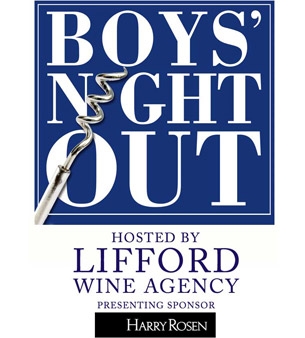 Boys’ Night Out is back, baby!