This is the second instalment in an ongoing GFR series by Fiona Lim, Executive Sous Chef at George restaurant. Under the watchful eye of Executive Chef Lorenzo Loseto, Chef de Partie Joel McDonald received an entire Tamworth pig from Perth Pork Products, a.k.a. the de Martines family farm near Stratford, Ontario. He has been breaking the animal down and making all manner of charcutierie and sausages, as Lim chronicles his progress. Click here to see Part 1. – Malcolm Jolley, Editor

Today is just a spot check to make sure everything is properly salted, all the nooks and crannies are pink with the touch of cure, and there’s not an excess of moisture built up in the bins. Joel adds the wine to the confit ham, passers by exclaim at how good it smells and he looks tremendously satisfied; happy to be nursing everything along.

The variety meats are secure in their brine so he will poach them off next week, to make a small head cheese.

It has been 10 days since we hung the sausages. A quick peek just to make sure everything is headed in the right direction. There is a distinct colour difference now between the hot and the sweet salami and they look to be slowly but surely drying out nicely. Speaking to Joel, he expects that they will hang for about another 3-4 weeks but with many factors at play, we will check it periodically, if only just to put a smile on his face.

Chef’s leg…or rather, his Tamworth leg, is coming along nicely. Curing for 12 days already, it was scheduled to come face to face with some lovely duck fat; a moist confit. Upon closer inspection, he has decided to hold off for another week and let it continue to cure for just a little longer.

The pancetta is magnificent. The slabs look good enough to eat but they have a few more days to cure. We have decided to smoke about a third of what we have when the time comes – the Tamworth seems to naturally lend itself to smoking. All of it will then be hung for about 2-4 weeks.

Joel would like to whip some of the lardo today while the rest of it will hang for about 1 to 3 weeks.

The extra terrestrials ( the snout, ears, kidneys and trotters) will brine until Monday at which time Joel will inspect them and perhaps tackle the head cheese, with some help from Alec.

We are hanging the guanciale today and it will probably hang for about 3-5 weeks. Time permitting, we will check the coppa today. It is curing nicely along with strips of fat back. If all the surface salt has been absorbed, then we can start to stuff it into bungs. It looks as though all is coming along nicely and by next week, guanciale, lardo, pancetta (smoked and unsmoked) will be hanging, Alec and Joel will be wrangling over the head cheese, Chef will be confiting his ham , coppa will be enroute and if we are really lucky, Elysia will grace us all with a magical shortcrust pastry with luscious lard embedded in it.

Hmm…perhaps we could convince Chef to part with his confit after all….Pork Pie, here we come!

The coppa underwent its second salting 4 days ago. Weekly rotation is important to ensure that curing and seasoning is even. Today the pancetta, lardo and guanciale get flipped and turned, additional cure added if needed. The pancetta seems a little soft, so more of the cure was added. Everything else seems to be coming along nicely. The brine has pulled a lot of blood out of the kidneys, turning it red. There probably will not be time to poach this week, se we change everything over to a fresh brine. The lardo and guanciale are ready to hang. Joel takes centre cuts from each to test the salt. All three seem well balanced. If anything had been over-salted, the saltiness would mellow with aging but it is always better to have an even seasoning from the start. The pancetta will cure for a few more days.

The first task at hand today was to make a poaching liquid for the variety meats. Joel starts to caramelize four litres of sliced onion, adding star anise, black pepper, allspice, white pepper, coriander, fennel, bay leaves, mustard seeds and a bunch of herbs once the onions have reached a lusterous brown. We reduce down two litres of rose by half and then add the trotters, snout, ears, and tongue. Everything gets cooked on low heat until the trotters are coming off the bone, the tongue is tender enough o be peeled, and Joel can put a finger through the ears. The kidneys will be cooked separately; probably pan fried with just some black pepper.

While the poaching liquid gets on the go, Chef’s pork leg goes into the oven to confit and Joel starts to set up our small but trusty smoker to smoke about a third of his pancetta. He has decided against a double smoke because he feels that the intensity of the little smoker will be more than adequate. It will probably be in here for a full 8 hours. As it is, Garde Manger is waiting with barely concealed impatience to get his fish in after Joel.

After service Joel heads down to stuff the coppa. This is the one part of this whole campaign that has worried him the most. Stuffing by hand is something he’s done only once, and he swore would never do again. When he was fifteen, he attempted a dry sausage at home and it did not go too well, but hopefully, stuffing the coppa will be easier using bungs and large chunks of meat. Grouping the strips of meat and fat into bundles, he’s realized that the chunks he has cut are too large to give the mosaic effect he was looking for. As a result, he cuts down all the meat and fat into even strips about two centimeters wide. Sage, mace, black pepper, white pepper, allspice, juniper, turbinado sugar and orange zest all get tossed together with the meat and fat. The meat and fat gets arranged into bundles to wait for stuffing tomorrow, as the end of the day has come. Chef’s confit is still in the oven after eleven hours so the sous chef will keep a close eye on it. The confit is waiting for Joel when he arrives the next day. The top is poking out of the fat, but none of the meat is exposed. He lifts it from the fat and sets it on a drip rack over parchment. The fat and jelly are poured into a large stock pot and brought to the boil, skimming any foam from the surface. Decanting the fat into four buckets he places the tender and very seductive looking pork leg into its storage vessel. Oops: a large hunk of meat has fallen off; luckily it tastes as good as it looks. The leg gets covered with clean hot fat, and it is allowed to cool and solidify. The jelly consists of only half a litre and is nearly black. It is so concentrated one cook calls it Tamworth Kitchen Bouquet. Joel has already earmarked some of this to use when he forms the head cheese. Nearly the entire day is spent stuffing, trussing, and hanging the coppa. That means that hanging the pancetta (both smoked and unsmoked), and picking the tender morsels of meat and connective tissue from the trotters and the snout, have to wait till another day.

Alec has prepared a vinegar brine to pickle the variety meats in once cooked. He has also seared off the kidneys. Joel starts to peel the tongue, and drop it and the ears into the brine with the kidneys. He re-warms the trotters and snout in the poaching liquid and pulls out the tendons and bones and less appetizing cartilage. All the edible bits go into the brine. This process will give Joel more time to work on the head cheese when he gets back from holiday and, provided the vinegar does not stop it from setting, make for a more interesting head cheese. I finish the day by covering all the pancetta in lard and wrapping them in cheese cloth. Joel breathes a sigh of relief as he looks forward to taking his week off without worrying about this pig.

This series will reseme next week in GFR0213. Fiona Lim is the Executive Sous Chef and Joel McDOnald is the Chef de Partie at George. 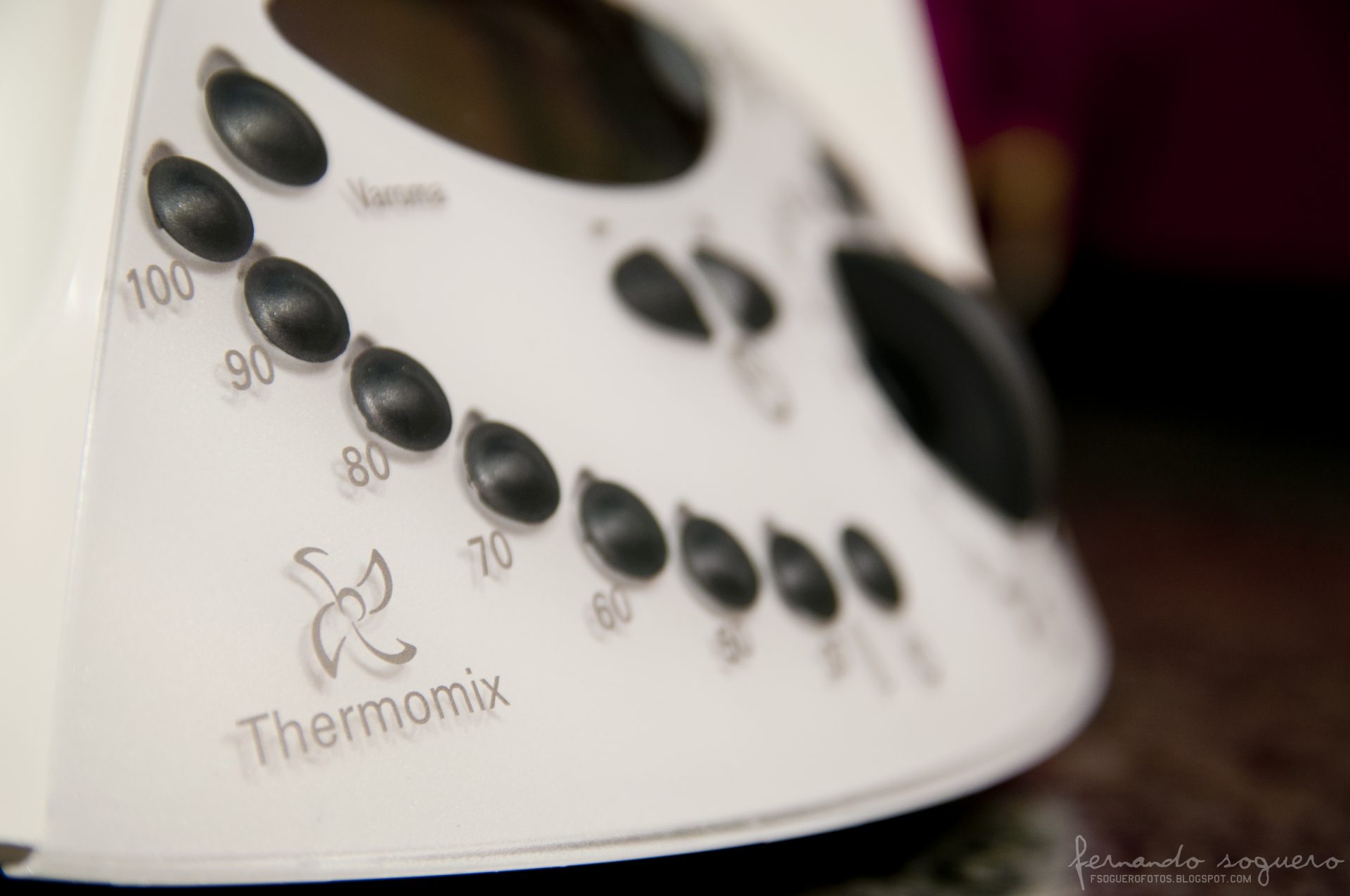 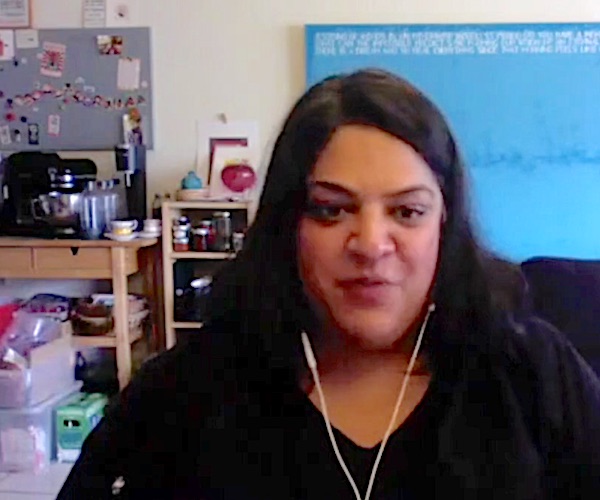 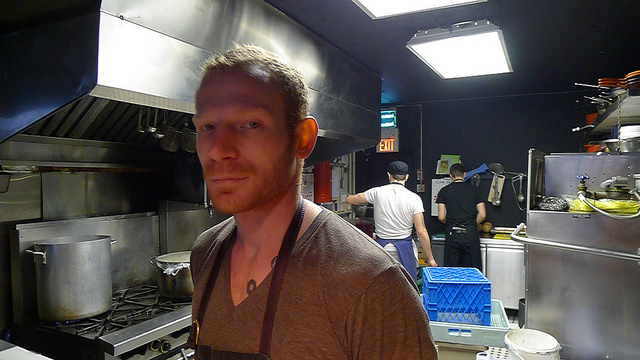