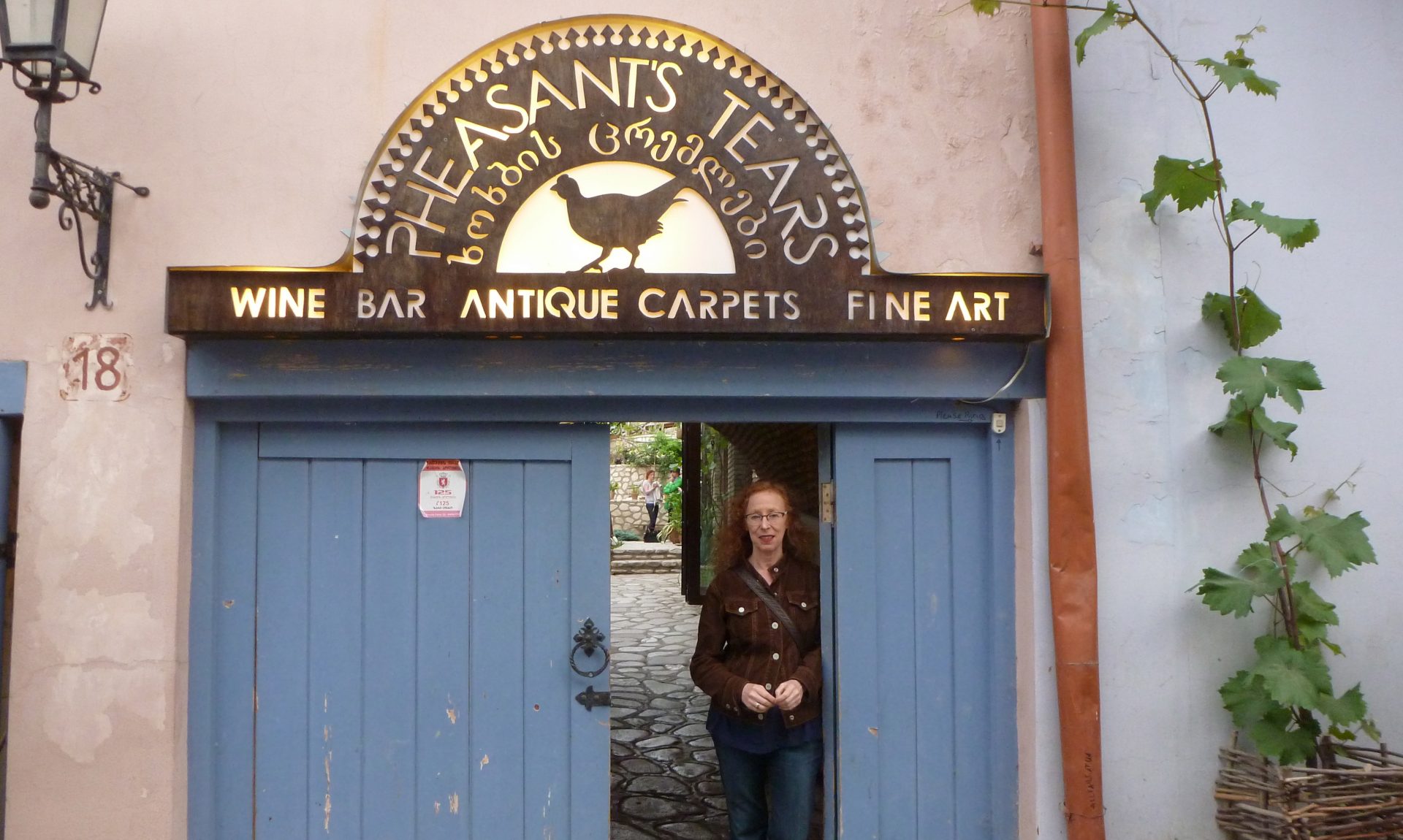 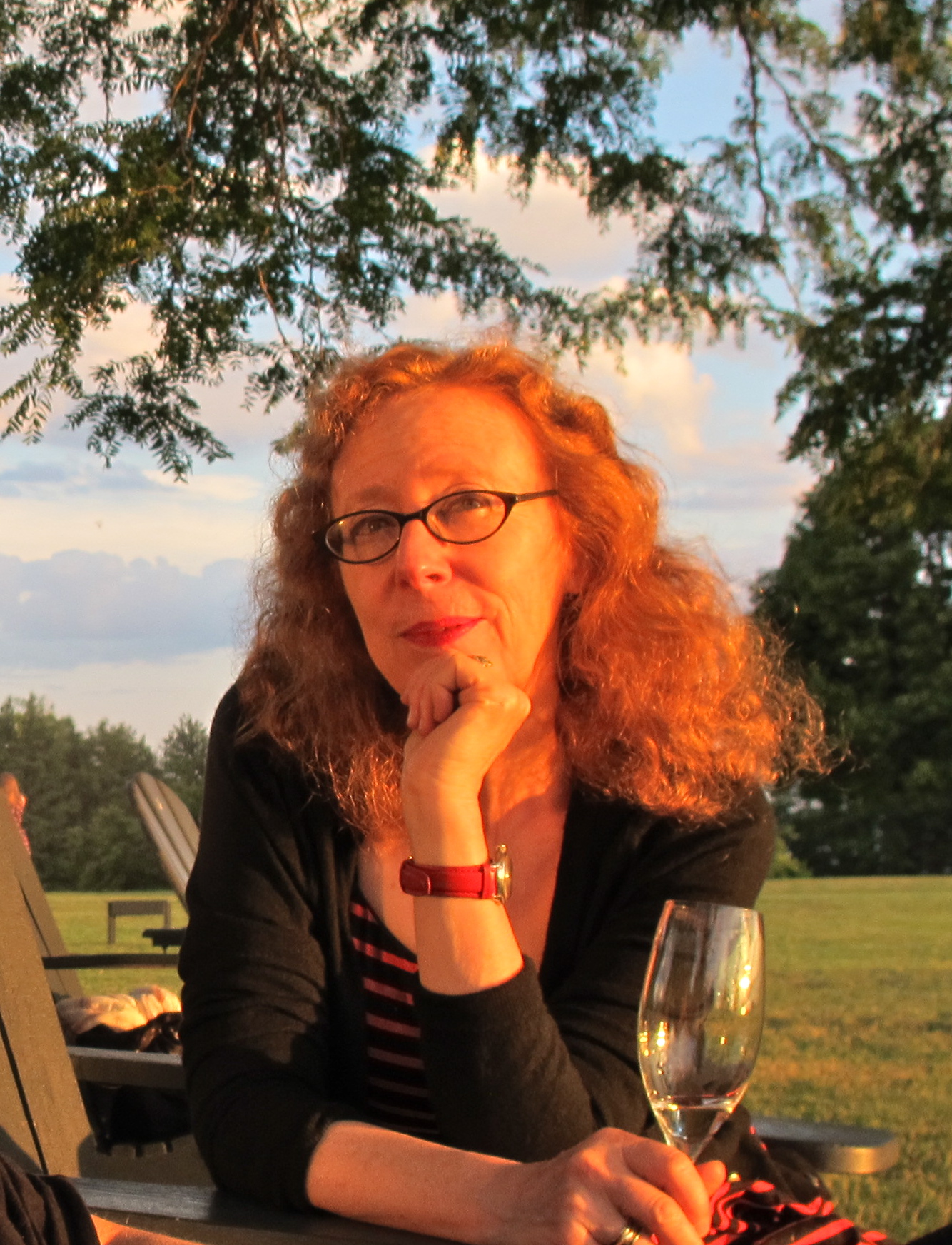 Alice Feiring, whilst relaxing in he perfect pastoral setting, contemplates opening another bottle of Georgian wine.

It’s always a joy to discover what our old friend Alice Feiring has been up to. Our favourite NYC Natural Wine Maven has been threatening to unleash her book on Georgian Wine for some time now, and so we were delighted to hear that it will be published next month by University Of Nebraska Press.

Good Food Revolution: Hello Alice. So I guess that my first question is what drew you to the Republic of Georgia?

Alice Feiring: From the first taste of wine. It was a kisi. I had it in 2008. I knew I had to get there. Instinct?

I had my chance in 2011 when I was invited to the First International Qvevri Conference, (which back then sounded completely absurd or at least the theme of a new Sacha Baron Cohen film.)

GFR: I was there some four or so years back and had a thrilling time. How many times have you had the pleasure to visit yourself?

AF: Seven, soon to be eight.

GFR: For those unfamiliar with the wines of Georgia, how would you introduce them to their history, and the changes/developments you have seen there since you were first introduced to their myriad pleasures?

AF: That demands a complex and long-winded answer.  First we have to establish that it’s not Georgia, USA. It’s the other Georgia, by the Black Sea, cradled by the Caucasus.  But to fast forward to wine since my first consciousness was raised? I went to a Georgian tasting in NYC back in 2009? I walked out in ten minutes. I thought, now that’s a sad story. Most of the wines were from the typical international varieties, the ubiquitous chardo, merlot and cabernet. They were oaked and messed with. Traditional wines were nearing extinction.

But by the time I visited for the first time, the home-team grapes were making a comeback. There was a government vineyard dedicated to collecting the old varieties-of as many of the 525 indigenous that they could find and individuals establishing their own collection of old vine material.

Back in 2011 there were a handful, maybe six, who commercialized their organic and very natural wines. Out of that six, there was one full-time winemaker.  Today, to my knowledge, there are three and about 30+ people making and selling their wines. They are mushrooming!

During my first visit there were no women winemakers, today, to my knowledge, there are three and more coming. Most of the winemakers of either sex all make wine in very small quantities, 2000 bottles might be the norm, but there is now a solid community among them. I used to be fearful that they would bow to the pressures of outside pressures. Now, they are safely on their way, living out the dream they had to squelch through the years of Soviet rule when one could only make wine commercially, if they worked for the state.

GFR: Now we cannot really speak about Georgian wine without mentioning the good old qvevri. How would you explain the qvevri philosophy/process to the layman?

What fascinates is that this may or may not be the oldest winemaking region but it is the longest unbroken culture, making wine in the same way for the longest time. A qvevri is a very specific fermentation vessel. It is a citron-shaped terracotta anfora complete with a pointed bottom. Unlike other anfora, it is not for transportation but meant to be buried into the soil. It is the wine’s womb and enables the most simple kind of wine making. To distill it down to its basics: stomp grapes, pour them with their skins into the buried qvevri. Seal it up after fermentation is over. Open it up nine months later. Voila, wine.

GFR: So, for the Georgian wine novice, which varietals should they become aware of if they wish to explore further?

AF: The Soviets reduced the popular grapes to two, saperavi and rkatsiteli. The third popular under the Soviets was Chinuri, (which made a favored wine of Stalin). The grape shows up in a wide range of styles from light and lively to skin contact, melon-like, amber colored and bold.

But remember there is life beyond the big three, even if they’re not exactly household ones.  Yes, they can be tongue twisters. Get over it. As much as I hate focusing talk about grape I admit I do look out for a few, such as the red tavkveri, and ojaleshi (think Beaujolais). Chkhaveri can be made into a red, white or rosé. In the right hands, it can make a lovely cool climate wine.

For the whites, mtvane, tend towards mandarin in the sun flavors. Tsolikouri is more savory, kisi and krakhuna more delicate. If can find the white or red horse breast jump on it. But you’re not likely as most of them are growing up trees as if hiding from invaders.

The most important thing to understand is that this is the land of skin contact. Most white wines are made as if red, macerated on the skins (with up to eight months ). They are amber colored and have tannin. They are not fruit forward, they play with savory.  Most reds are made like white wines pressed quickly off the skins.

Historically the hotter, drier east coast of the country tends to more skin contact, the western part, with its wetter climate often has little. The beauty about Georgian wine making is its simplicity.  The wine stands in front of the drinker not parading the ego of the winemaker, but instead shows the country and the land. The best transport me to another place another time another spirit.

GFR: Why do you feel that Natural wines have been so very successful in this country? What brought about this astonishing revival of the country’s grand vinous history?

AF: That of course is covered quite extensively in For the Love of Wine. But let me see if I can shorthand this: Georgians, religious or not, hold wine sacred. There is no other country that comes close to their Dionysian-like worship of their wine. It is their symbology, their blood. And natural wine is almost a national identity and source of pride.  But it is also in part because of a few wine prophets who made it their mission to keep the natural ethos alive.  And then the Georgian government-yes, possibly in part due to a very persuasive lobby—is the only government that I know of to ever put money behind the promotion of its natural wine, this has helped tremendously as most of the winemakers were very under capitalized, okay, kind of poor, and truly making a wine of passion.

I started to write the book fearful that they would cave to the external pressures to make conventional wine. I now know that was silly of me. If centuries of war and Soviet rule couldn’t do it, then the technical and additive companies along with the trained consultants certainly had no chance. Oh, that’s not to say all wines in Georgia are natural. They have their share of more industrial products, but natural is thriving.

GFR: I was particularly fond of the wines I tasted from Pheasant’s Tears… adored them actually… I’d love to hear your thoughts on those.

AF: John Wurdeman and Gela Patashivili (PT) are heroes in the book. The wine are terrific and I can tell you that the 2014 and the baby 2015 vintage are zinging, vibrant and bursting with life.

GFR: Are there any hidden gems that you could point us to, or do we have to buy the book?

AF: All of Georgia is hidden. You really have to go to Georgia to drink them. For example, there’s not one ojaleshi in America (there might be some in Japan.) But wines that you can hope to find, are Pheasants Tears, Niki Antadze’s, Ramaz Nikoladze, Our Wine, Okro’s Wine. Kerovani. Iago’s Wine. Mandili. I am Didimi from Dimi and This is My Krakhuna. Dancing Girl. On and on…

GFR: What kind of success have you seen with Georgian wines in The States?

AF: It’s probably easier to find the wines in France or Japan than in the states but they are gaining traction. The awareness is heightened. The only trouble is that the other countries seem to get their hands on quantities before we do.

GFR: For those GFR readers visiting NYC where should they go to get their Georgian wine on? Which establishments are really embracing the Georgian wine revival?

AF: One can find them by the glass in a little wine bar upstate New York, in Kingston, called Brunette. A wine bar, The Punchdown, in Oakland has two by-the glass and more on the list. In New York? Ten Bells, Four Horsemen, Anfora, Rouge Tomate (when it reopens). Thirst Wine Merchants and Passage de la Fleur, in Brooklyn, probably has the best selection.

GFR: Alice, it’s always great to speak to you. Let’s catch up over some Georgian wine soon. TO or NYC?

Alice Feiring’s new book For The Love Of Wine : My Odyssey Through The World’s Most Ancient Wine Culture is published by the University Of Nebraska Press on March 1st.

Edinburgh-born/Toronto-based Sommelier, consultant, writer, judge, and educator Jamie Drummond is the Director of Programs/Editor of Good Food Revolution… And he’s looking forward to grabbing a copy of this. 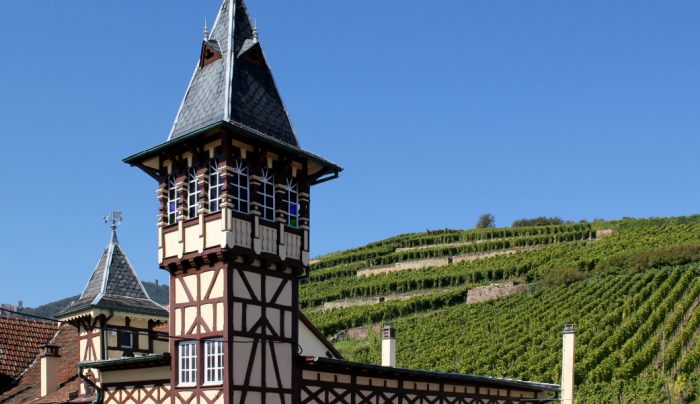 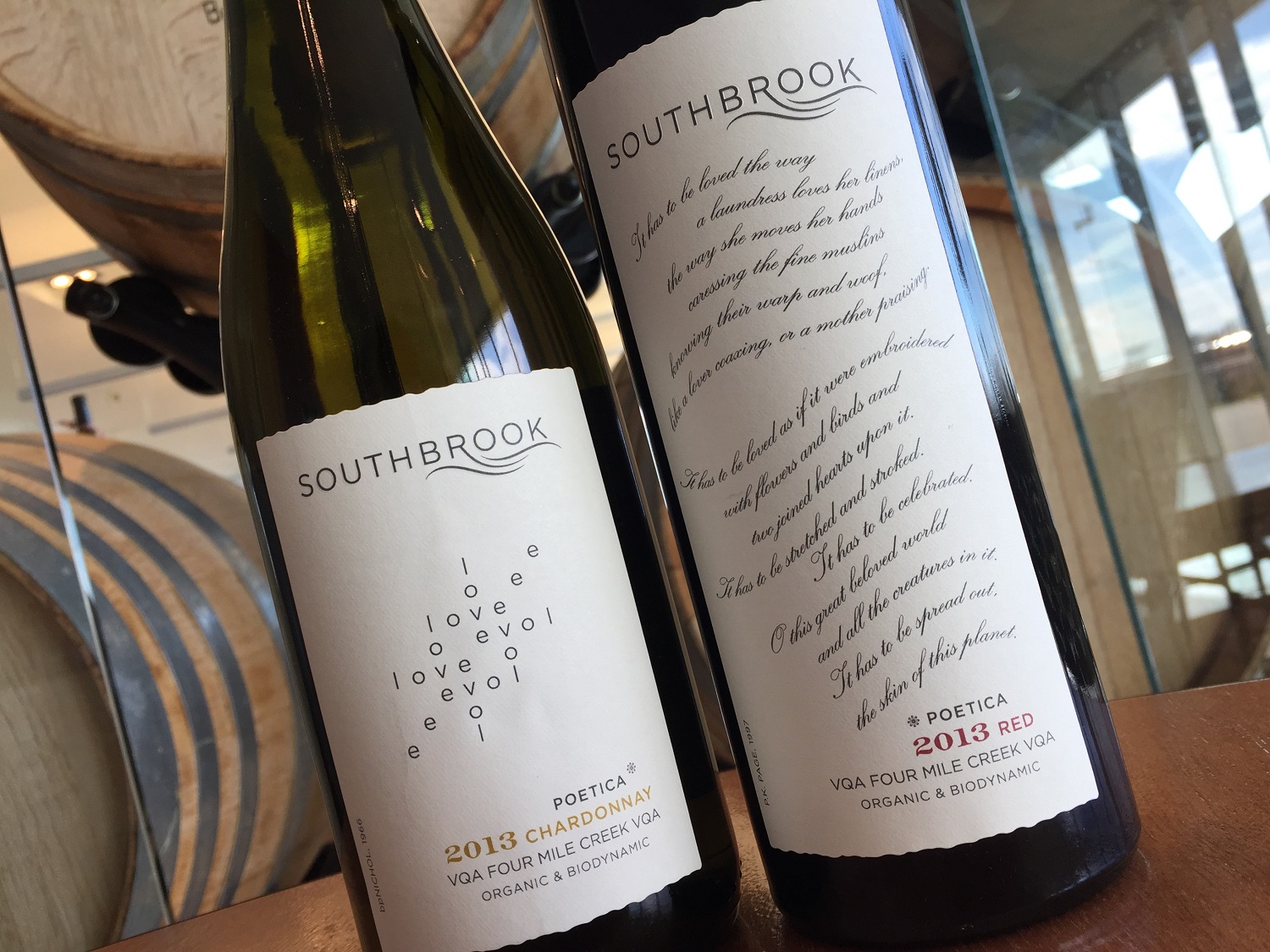 Bring joy this holiday season with gifts from Southbrook Vineyards 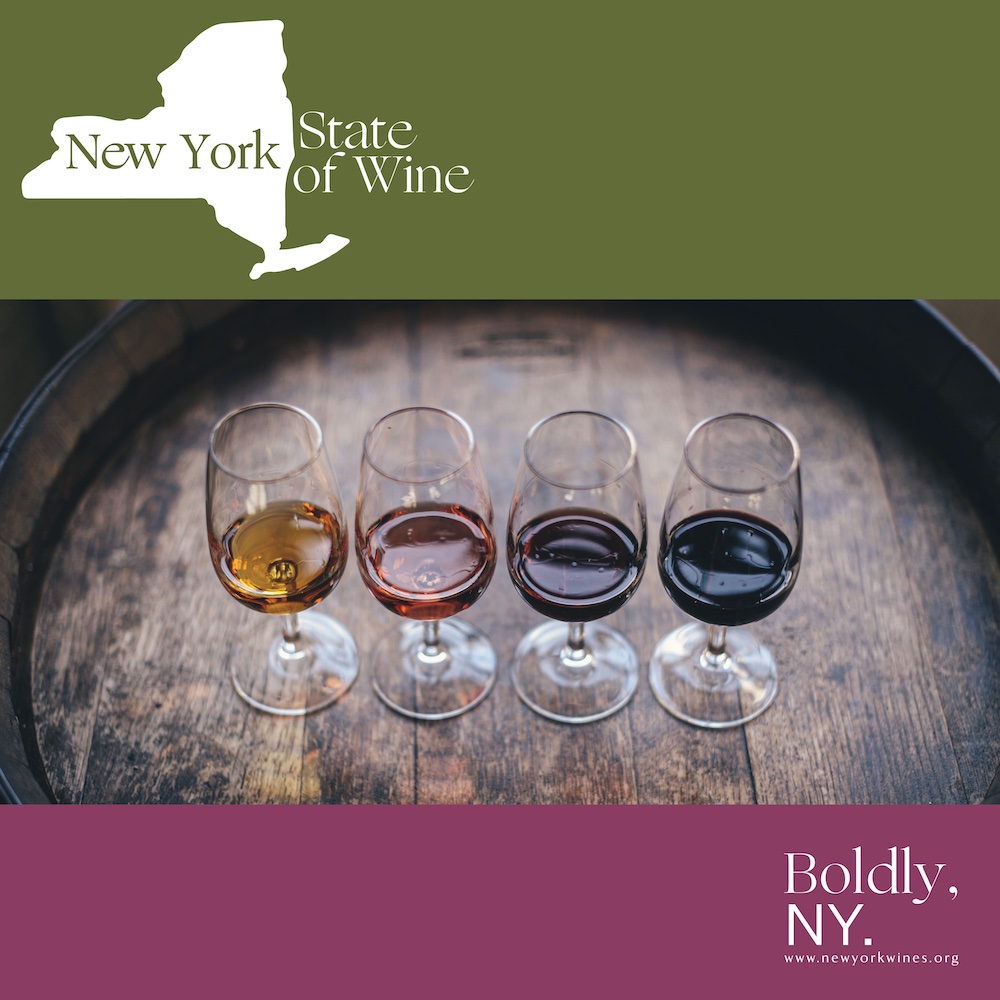 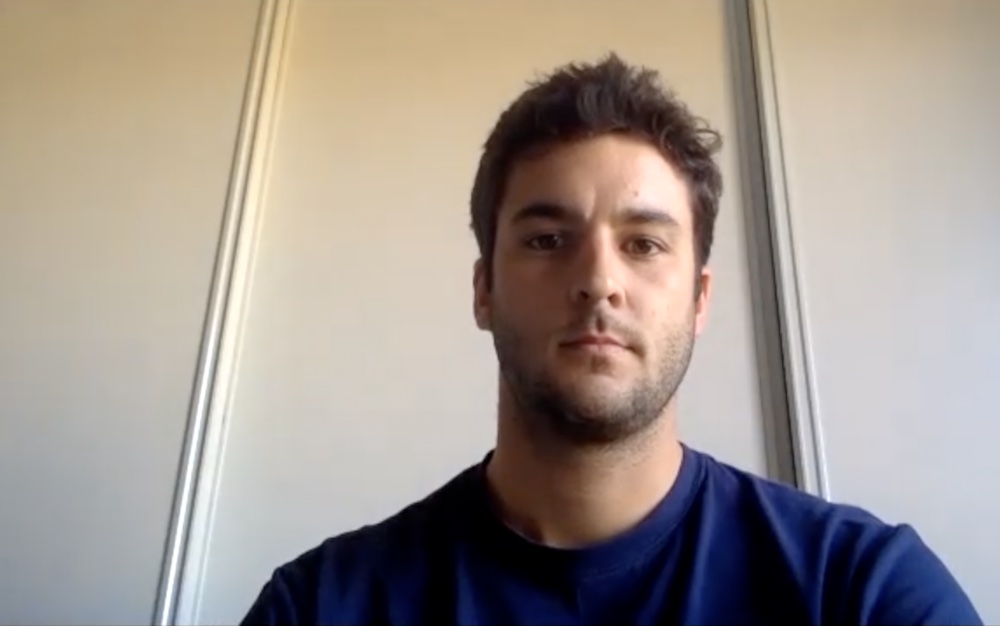