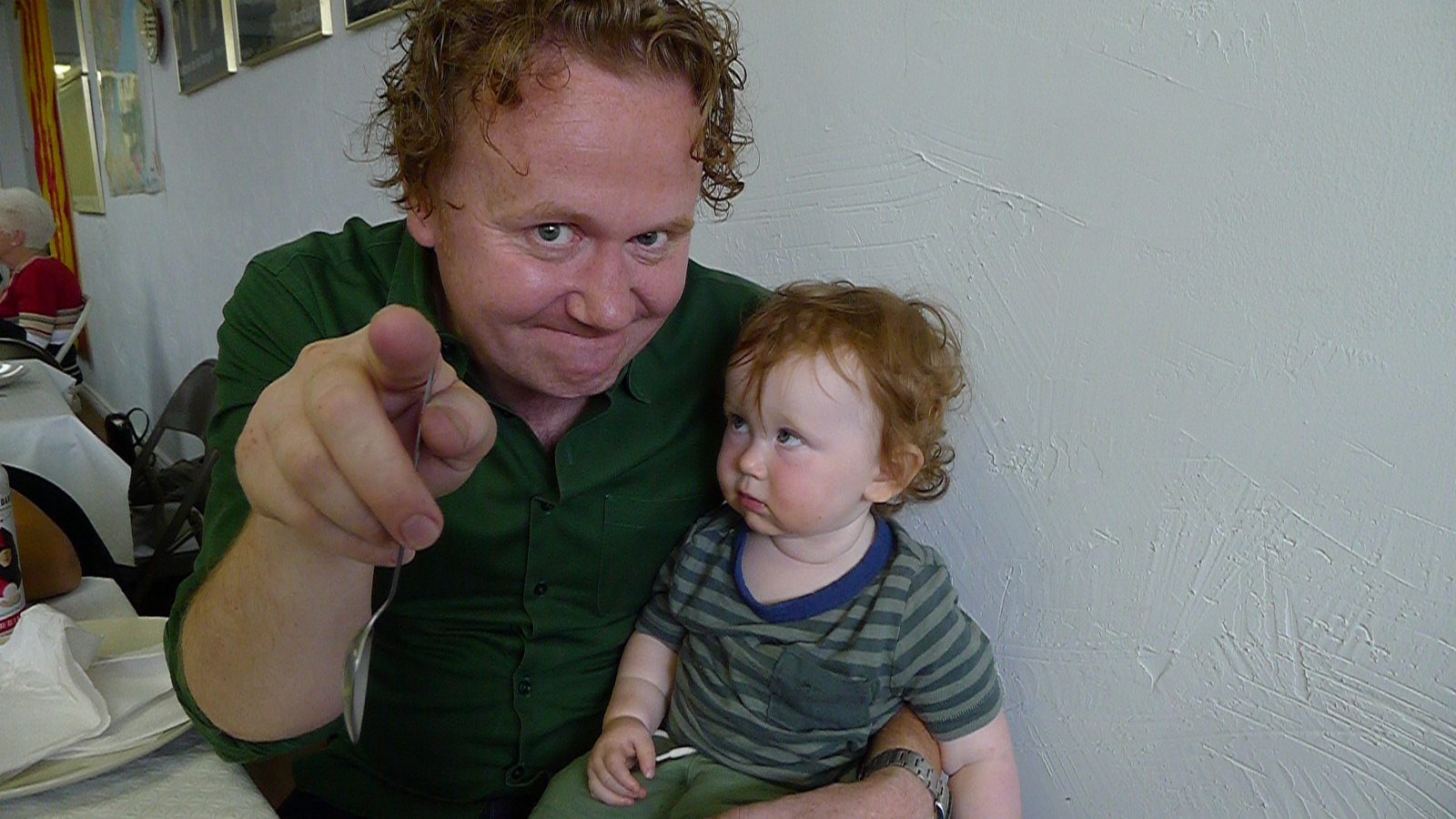 The last 12 months here at Good Food Revolution have been a truly thrilling ride, and in writing this piece I realise just how lucky I am to work in the position that I do.

Here’s my roundup of some personal highlights: 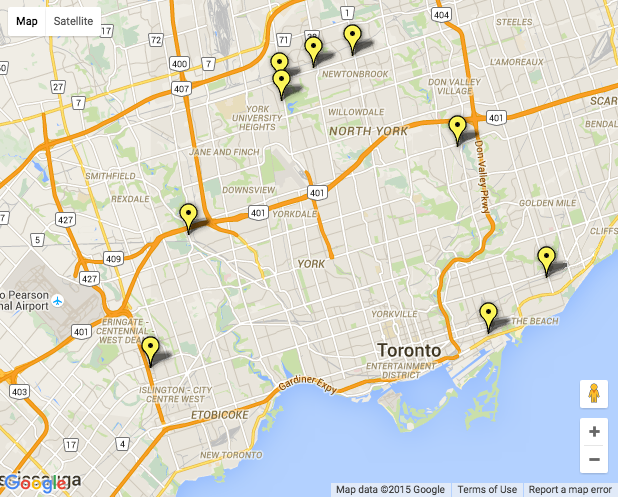 Way back in January I decided that I had finally had it with The Beer Store, and so it was good to see that finally we are seeing a tiny, tiny bit of change, with beer now being sold in some select supermarkets as of December 15th. Saying that, have a look at the map above and you can see that these changes make no difference whatsoever for those of us living in downtown Toronto! Argh… we are still living in the bloody dark ages when it comes to booze distribution and sales. 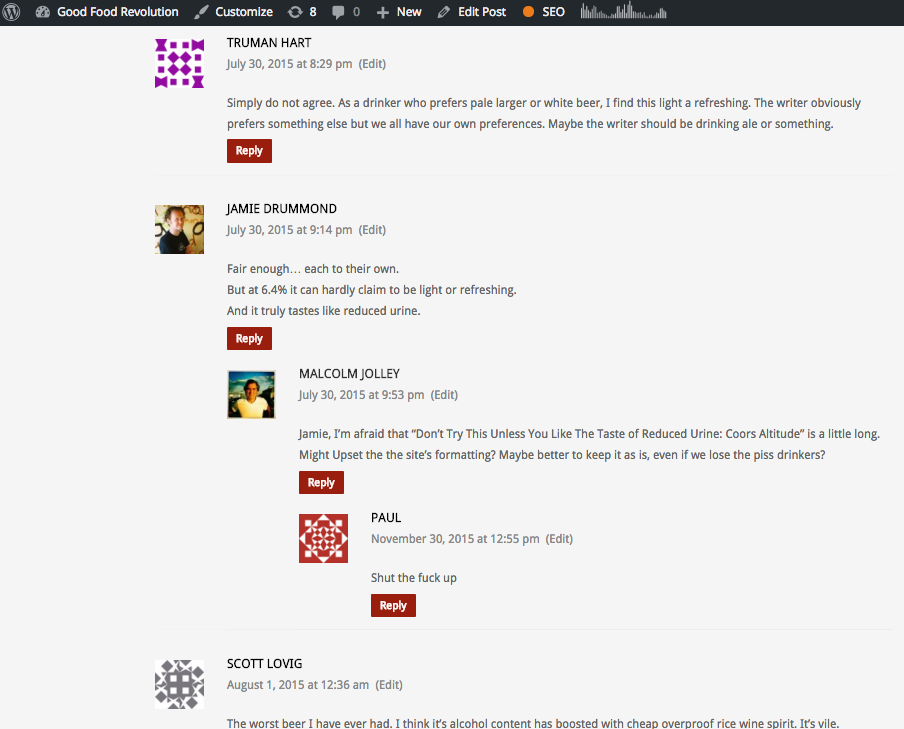 On a similar beery note, I made the mistake of trying Coors Altitude, and had a bit of a rant about how brain-meltingly vile the stuff was. I guess I’m a glutton for punishment, as I cannot say that I was expecting much. Unlike many websites, we still have our comments section, and I still cannot believe that some absolute bams with their tastebuds in their nether regions were actually defending this awful stuff. The mind boggles, it really does.

And then we had Terroir 2015. As I was once again running the wine program, I spent much of the day in the “wine room” and didn’t see much of the rest of the symposium at all. The one time I did escape from that space, however, was when I ran out to the main stage to introduce the fantastic Stuart Pigott. My shirt’s sweaty stains bear testament to the serious pressure I was feeling that day.

Thankfully everything went extremely well, and all the wine sessions were incredibly well received. I’m taking a step back from the Wine Director role for 2016 in order to spend more time with my family, but looking at the program as it stands, Terroir 2016 is looking pretty damn good. 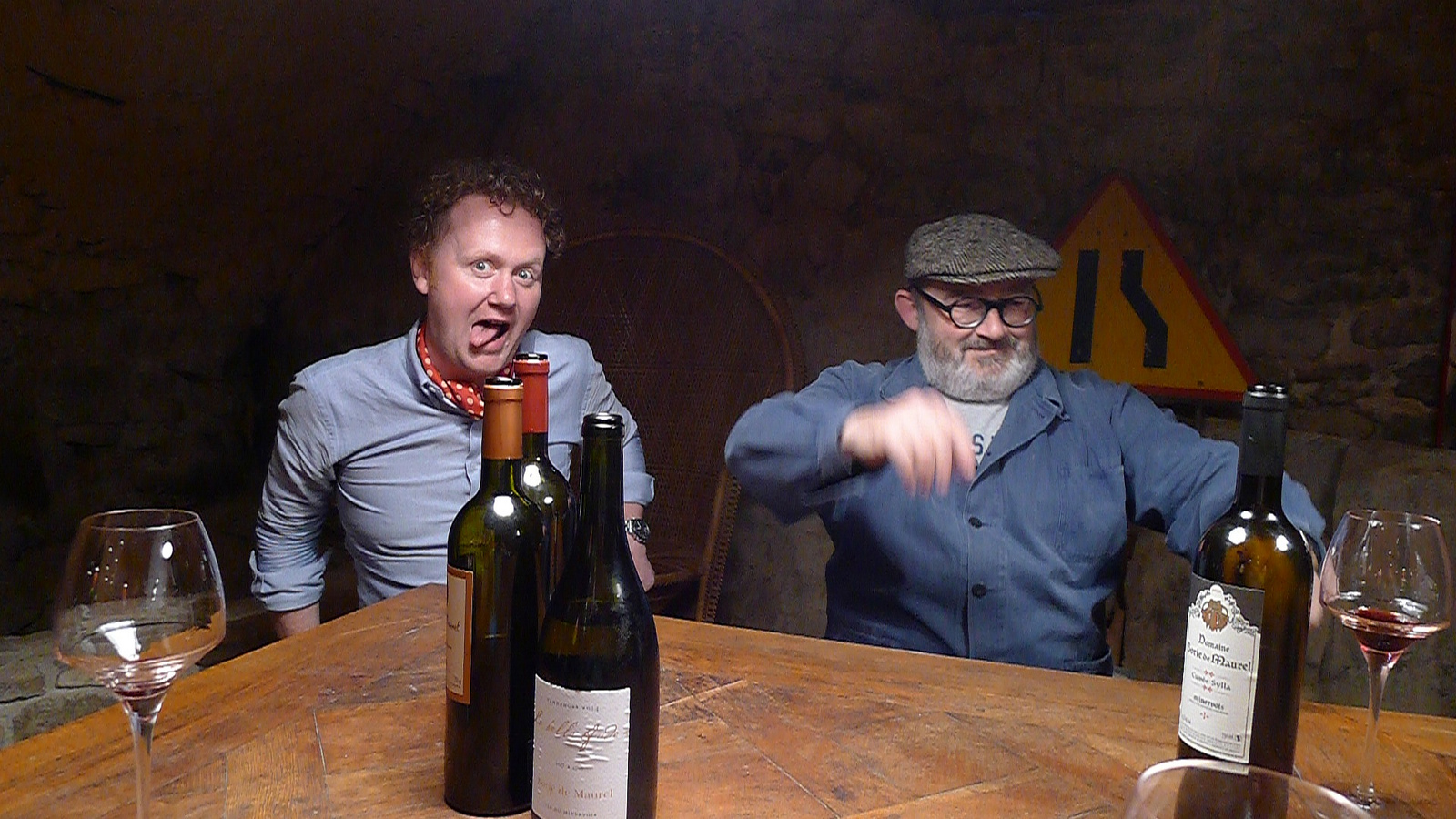 At Domaine Borie De Maurel with the force of nature that is Vincent Pousson. As you can see, I was really getting my wine on this particular afternoon.

April brought about a superb trip to the Languedoc, for a fascinating week-long tasting of the many sub-regions that vast swathe of land entails. There are a remarkable variety of wine styles in this part of the world, and so to taste them all, blind, region-by-region was such an educational adventure, and a real treat for the palate. It also made for a hell of a lot of content for our site, as there were simply loads of real characters to interview. 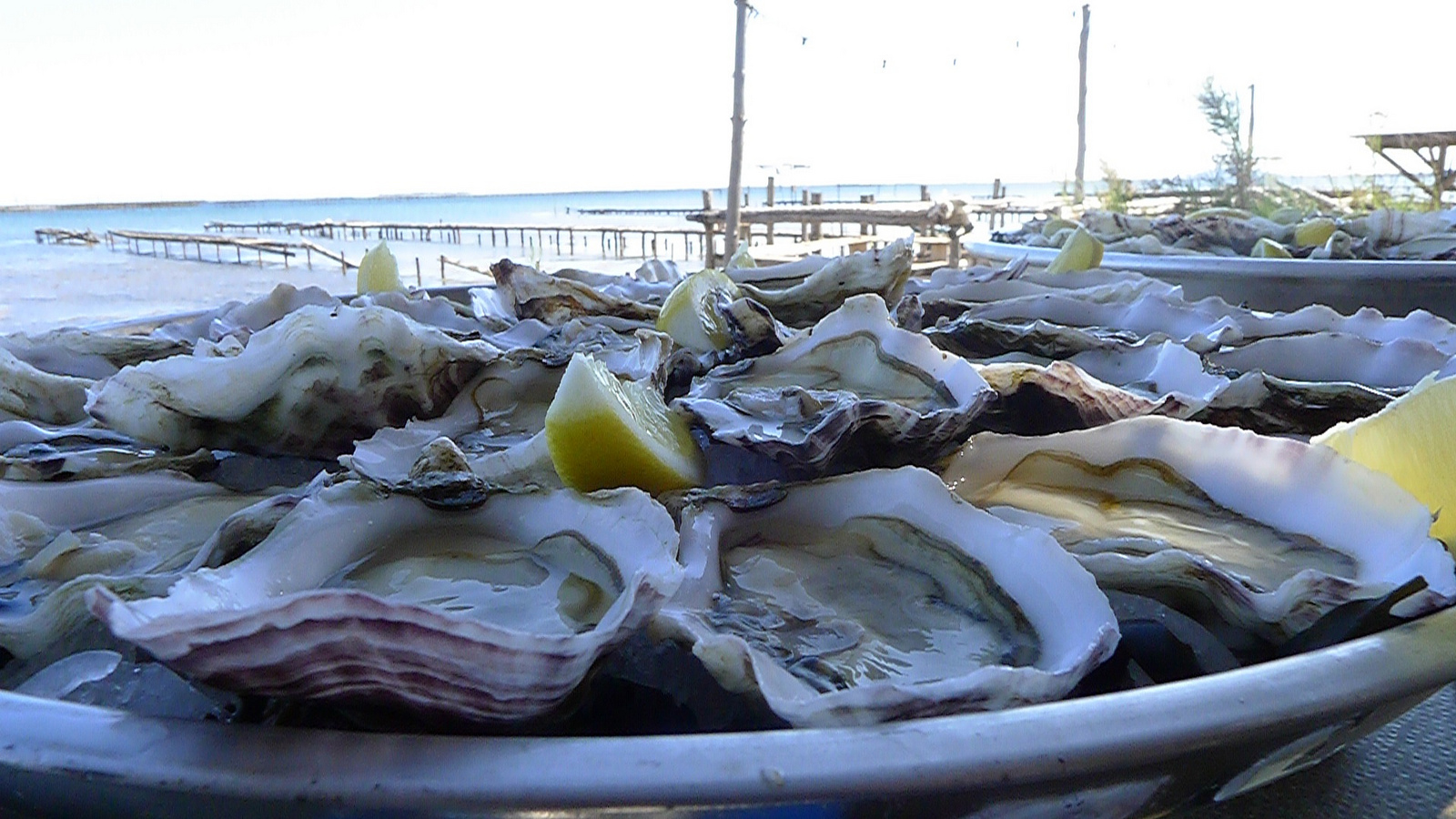 Yes… life really doesn’t get much better than this. Tasting through an array of Picpoul wines with simply massive platters of the local oysters upon the shores of Étang de Thau (Lake Thau), Languedoc with some new wine-centric friends.

There were so many fine moments on that sojourn that it would be difficult to pick out my favourite parts, but it has to be said that drinking Picpoul with local oysters upon the shores of Étang de Thau (Lake Thau) was simply divine.

Saying that, my day travelling around the Minervois with Château Maris’ Robert Eden was most memorable, although perhaps I should have mentioned my severe motion sickness before he drove me at breakneck speed along winding roads on the way to catch my train. Sorry about that Robert. I’m just glad you are still speaking to me! 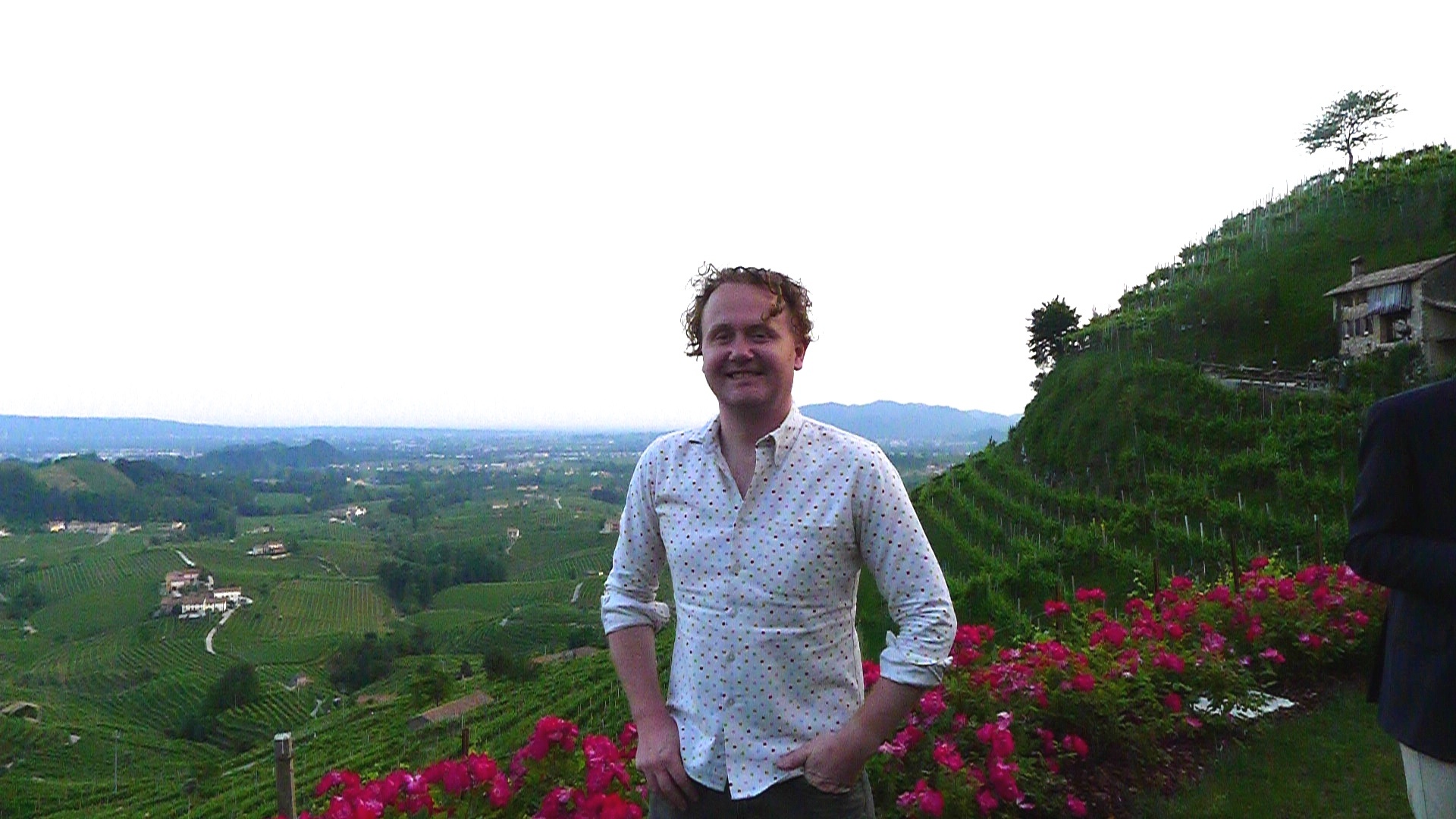 Travelling around the beautiful hills of Conegliano-Valdobbiadene, in this case the stunning Cartizze sub-region, really opened my mind and palate to some serious enjoyment of Prosecco.

In May I had the pleasure of attending Vino in Villa, an annual event devoted to the wine of Conegliano Valdobbiadene… so I tasted and drank Prosecco for around a week straight… lots and lots of it. Before this week I had no idea that Prosecco could be so damn enjoyable.

As I was filming and writing The Prosecco Diaries for GFR, I met some really lovely folks from all over the globe, and then spent a couple of days as the host of the simply irrepressible Sandro Bottega, a real highlight of my time spent there. We are now looking forward to doing some video productions with Bottega in 2016. 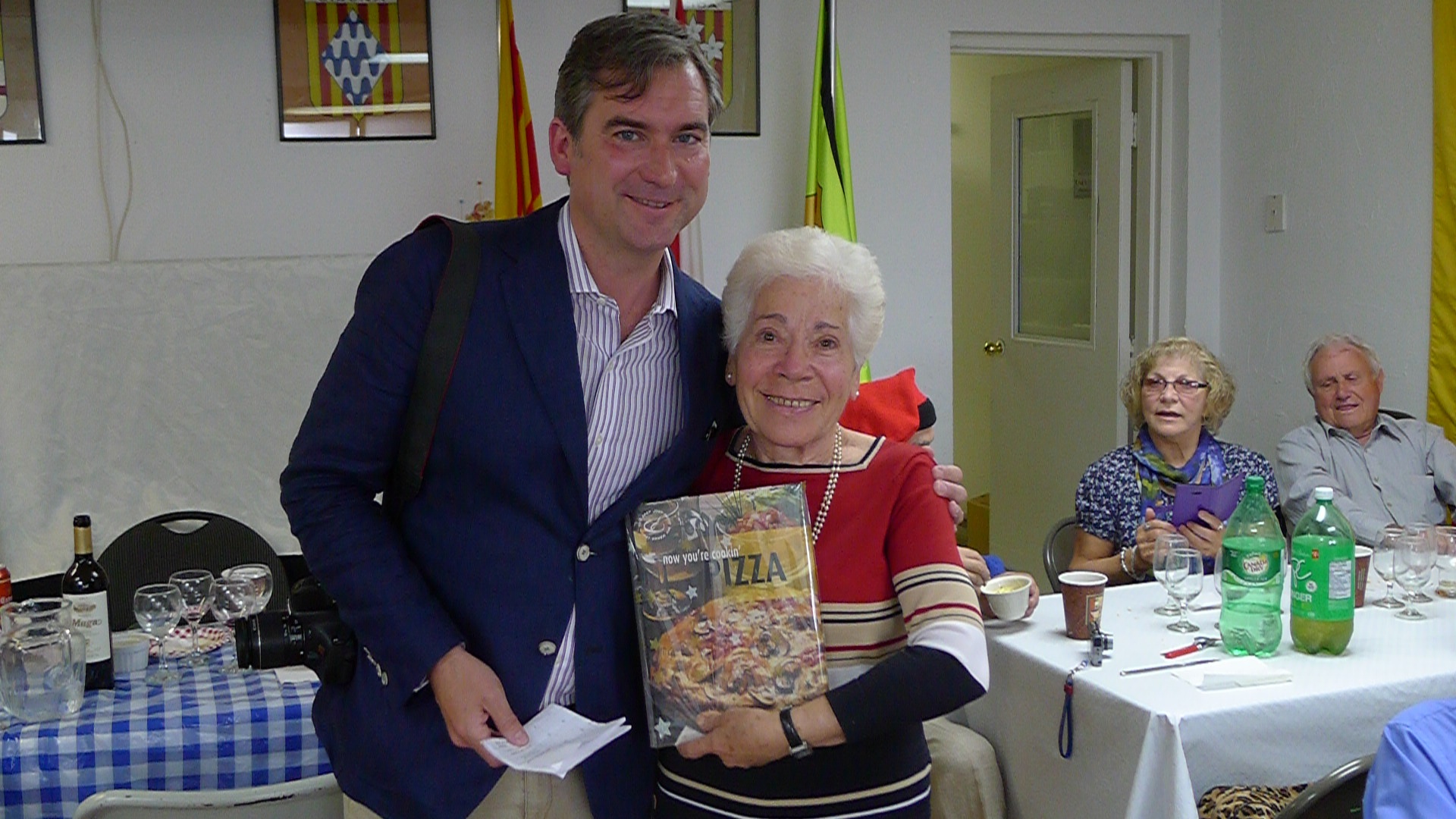 My partner in crime, Malcolm Jolley, presents the winner with her prize.

Meanwhile, back in Toronto, both Malcolm and I took part in the Catalonian Society of Toronto’s annual cooking competition, with Malcolm judging once again, and me actually competing! Needless to say, against these excellent Catalan cooks my dish didn’t really stand a chance, but is was such great fun to take part. And our wee lad came along too. Great times. 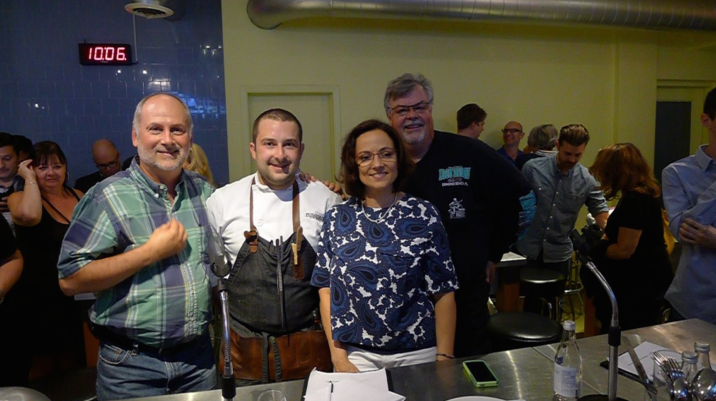 This year saw our longest continually running story ever as we charted the course of the Nella Cucina Discovered Chefs Competition. It was a truly MAMMOTH undertaking with 8,961 words and hundreds of pics. 29 weeks of competition went by in a flash, with me playing the role of MC/host for almost each and every one of the nights bar a couple where Malcolm kindly jumped in for me.

When Rob Nella first plied me with beer and managed to get me to make this massive commitment, I had no idea just how satisfyingly fun it would turn out to be. I found myself looking forward to each Monday night, rehearsing my terrible jokes in front of the mirror, preparing for my weekly performances. Oh boy, some of my jokes were wholly inappropriate… but I think that a good time was had by all. 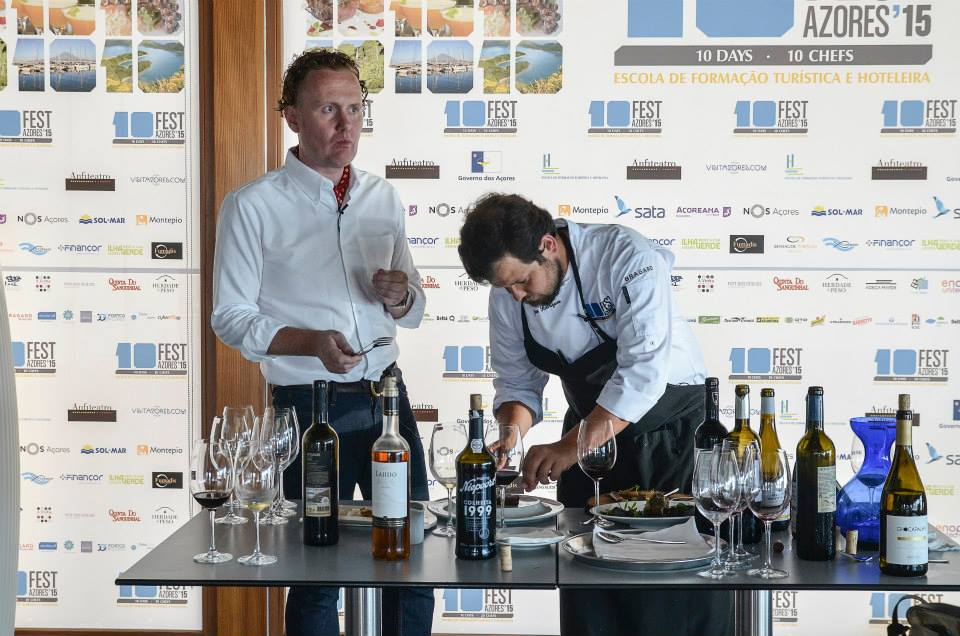 Working on the pairings with the insanely talented (and Michelin-starred) Chef from Lisbon.

2015 saw the highlight of my professional career thus far, when I was asked to speak at the closing night of the Azores 10 Festival. The Azores are a really special place, and after my utterly wonderful times there, will always have a particular place in my heart.

My day trip with Chef Jamie Kennedy and Le Sommelier’s Bernard Stramwasser to the ancient vineyards on the island of Pico is an experience that I shall never forget. Our guide, Winemaker Antonio Maçanita, is doing some breathtaking things with his Azores Wine Company project, and we’ll be covering more of that throughout 2016. 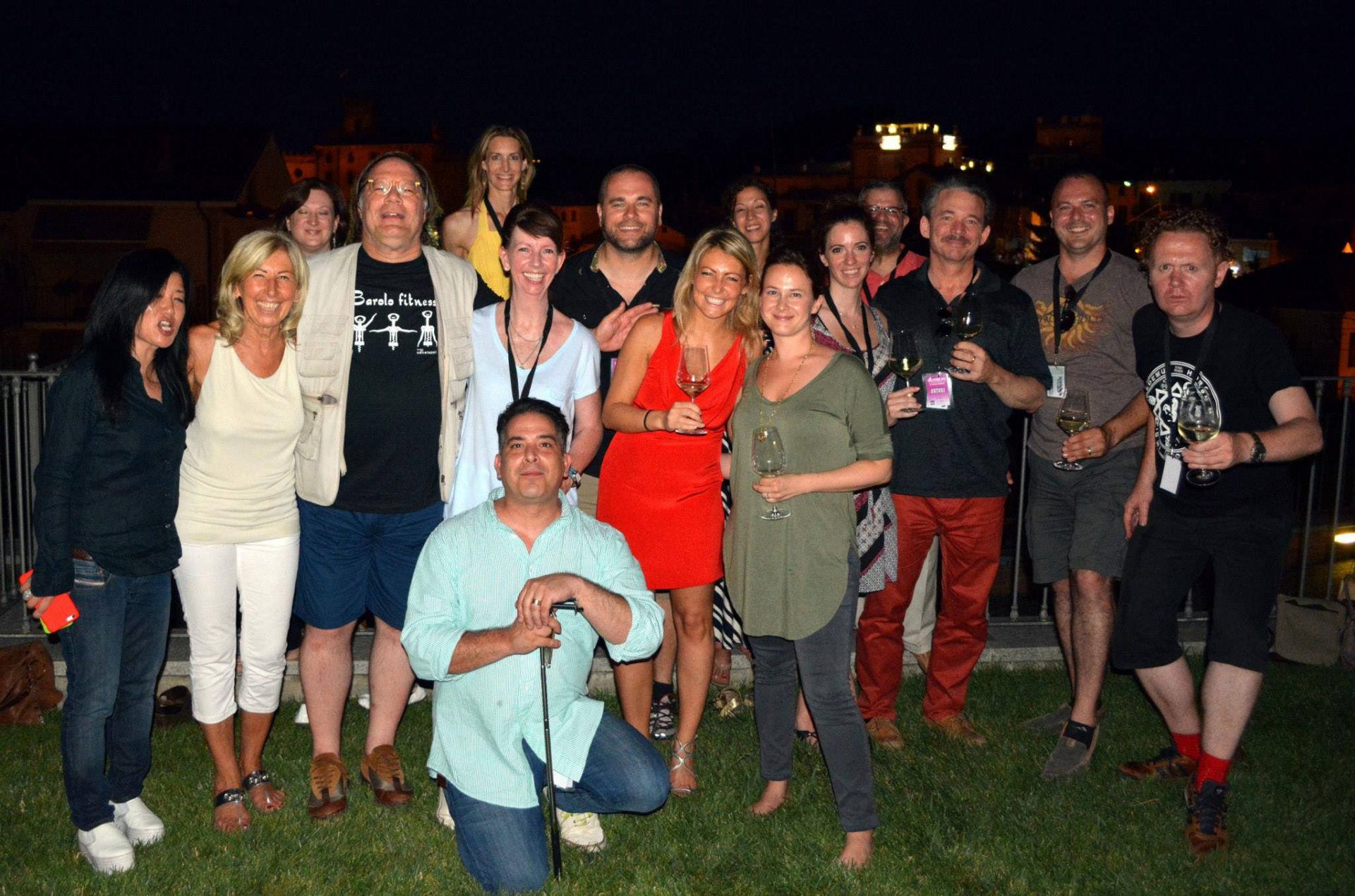 The Canadian crew with Ian d’Agata, Stevie Kim, and the most hospitable Abbona family.

In July I was fortunate enough to be asked to speak on some panels at the 2015 Collisioni Music/Arts/Food/Wine festival in the sleepy town of Barolo, Piemonte. Writer Ian d’Agata invited small band of Sommeliers from all across Canada to take part in this marvellous event, and we all were most certainly put to work, speaking on all manner of subjects that were new to many of us. I was particularly thrown by my inclusion in a panel studying the differences betwixt Piemonte and Luxembourg Rieslings. That was quite a trip, and I learned a hell of a lot. Oh yes, and my old friend, the delightful Valentina Abbona orchestrated a meeting with Simply Red’s Mick Hucknall, who was participating in the festival, which was rather hilarious. I loved the pic with him as it made me look not too bad for my 44 years old.

Another great part of 2015 were my trips to the Toronto Food Terminal to meet up with Joe Siegal of Hilite Fine Foods to record my Joe’s Market Reports series.

I’m not much of a morning person, but each one of those early meetings with Joe always left me with a smile upon my face. That gentleman has a certain way about him. Unique in every which way.

If you are having trouble viewing that video please click here. 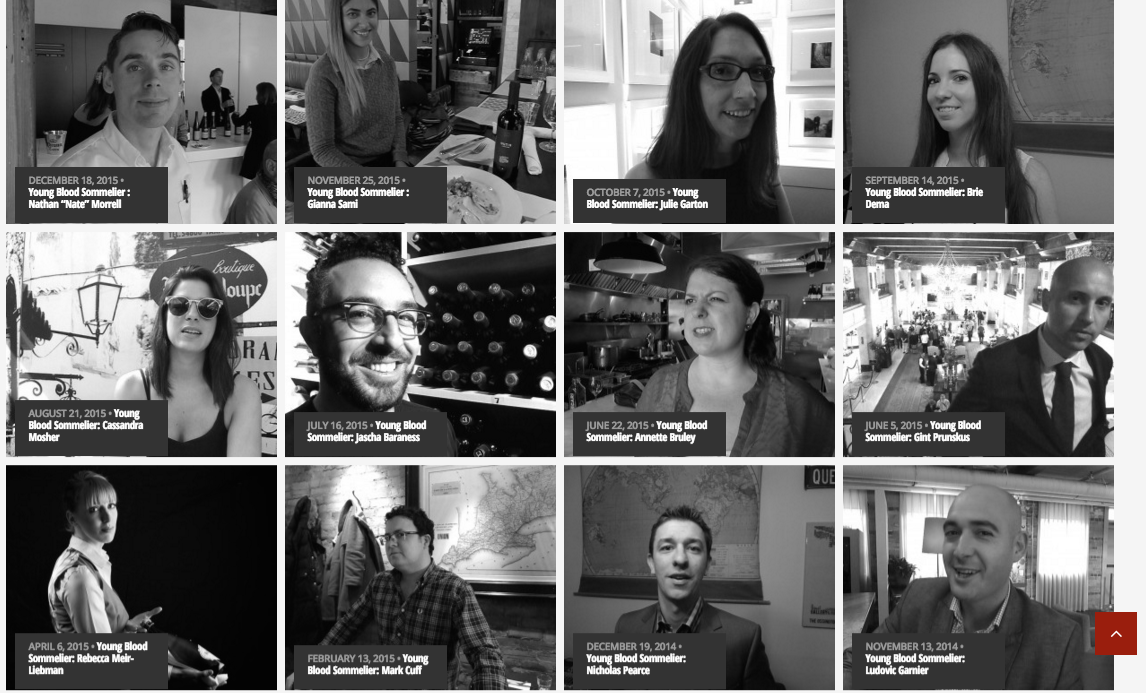 Our long-running Young Blood Sommelier series has always been a favourite of mine, and now, crazily, I am proud to say that we are up to our 38th episode.

It’s an extremely popular column, that continues to give exposure to so many of the talented (mostly) young Sommeliers who I don’t feel get nearly enough coverage or widespread recognition for their work and talents. 2016’s slots are almost all filled, and so I’m happy to report that the series has a very healthy future ahead of it indeed.

Our collaboration with Wüsthof Canada has so far produced two Knife Skills videos (see above). These have been some of the most technically demanding and logistically challenging productions I have ever touched. But I have to say that I am rather satisfied with the end results. I’m also looking forward to next month’s shoot when Chef Jamie Kennedy will be showing us the lost art of vegetable knife skills. 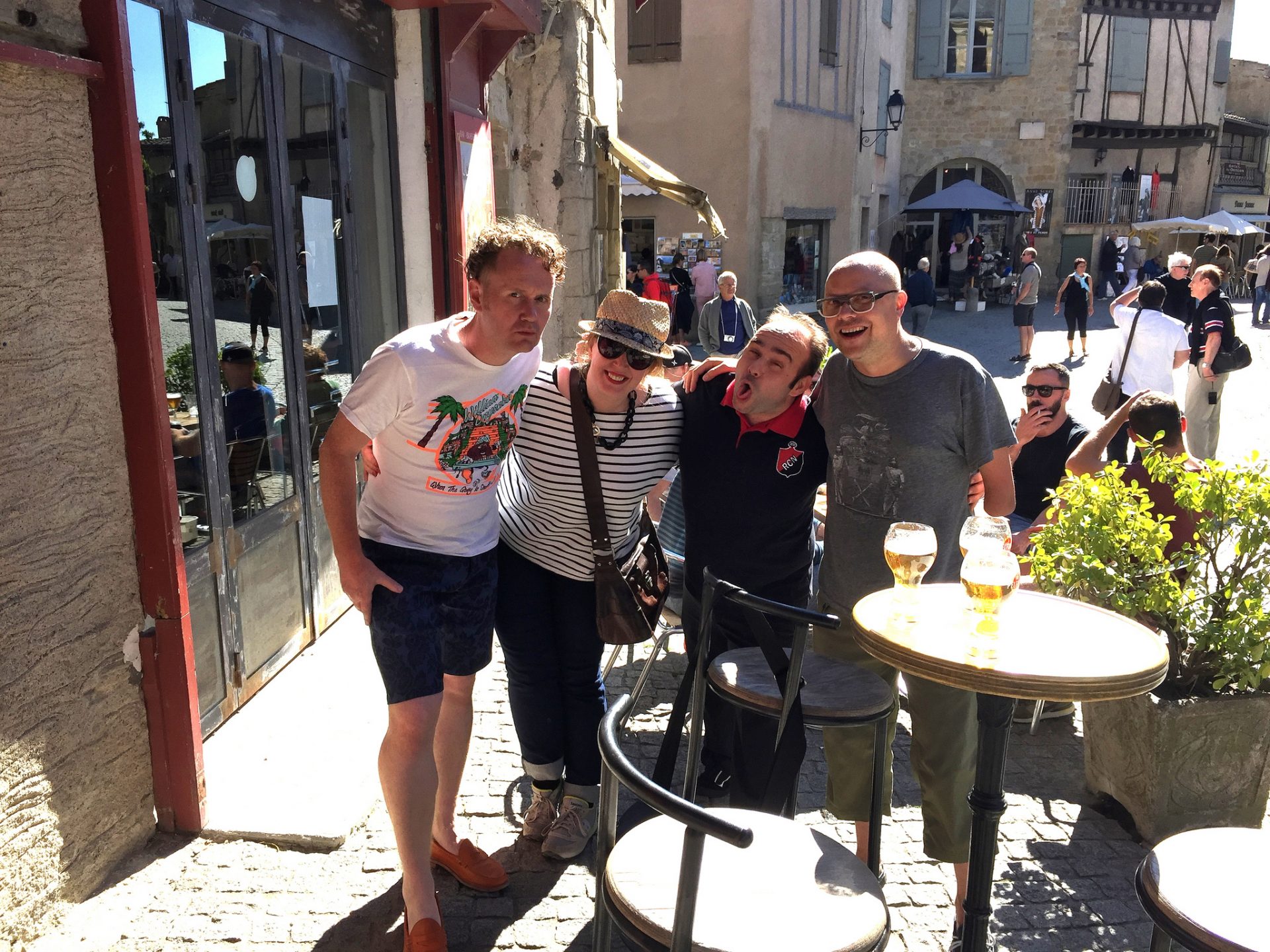 September found me on a family holiday at our wee place in French Catalonia. I sneakily managed to time the trip around a micro music festival in the keep of the castle of the city of Carcassone. This Convenanza festival is curated by the one and only Andrew Weatherall, and featured food by Michelin-starred Chef Jérôme Ryonas as well as local wines selected by Sommelier Olivier Zavattin.

As it turned out, Olivier is one of the loveliest gentlemen one could ever meet. His hospitality is simply second-to-none… and he has a wicked sense of humour to match. Watch this space, as I’m currently talking with the powers that be about possibly hosting a few wine seminars with my new friend Olivier at Convenanza 2016… possibly with old GFR friends Fergus Henderson and Trevor Gulliver, who make wine not too far from Carcasonne, in the Minervois. 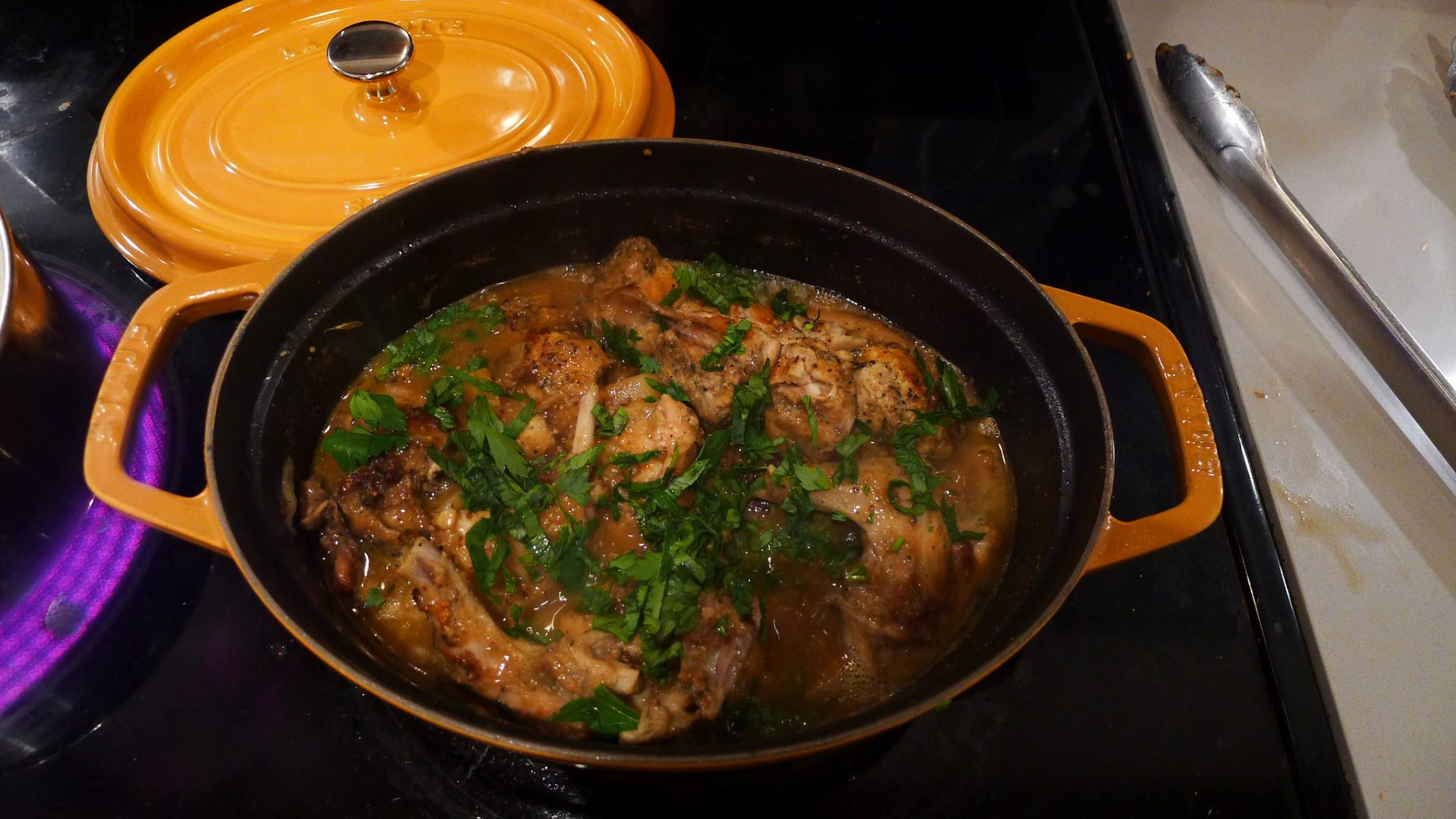 Causing a gastronomic revolution in the Drummond kitchen, here the cocotte provides a spot for some Rabbit Carbonade.

I’ve always wanted a proper Dutch oven, but never quite got around to procuring one. My wife has been laughing about the frequency with which it now makes an appearance on the stovetop or in the oven. The problem is, I think they are addictive… as I am now literally craving another! I think I need one that is just a teeny bit bigger…

Thanks for sticking with us throughout 2015. A very Merry Xmas to you all, and we’ll see you on the other side in 2016.

Edinburgh-born/Toronto-based Sommelier, consultant, writer, judge, and educator Jamie Drummond is the Director of Programs/Editor of Good Food Revolution… And what a year that was! 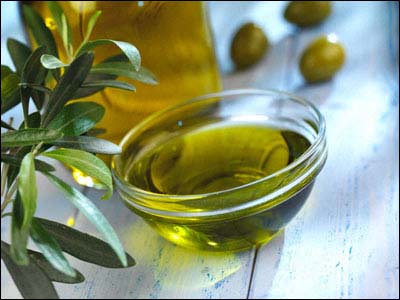 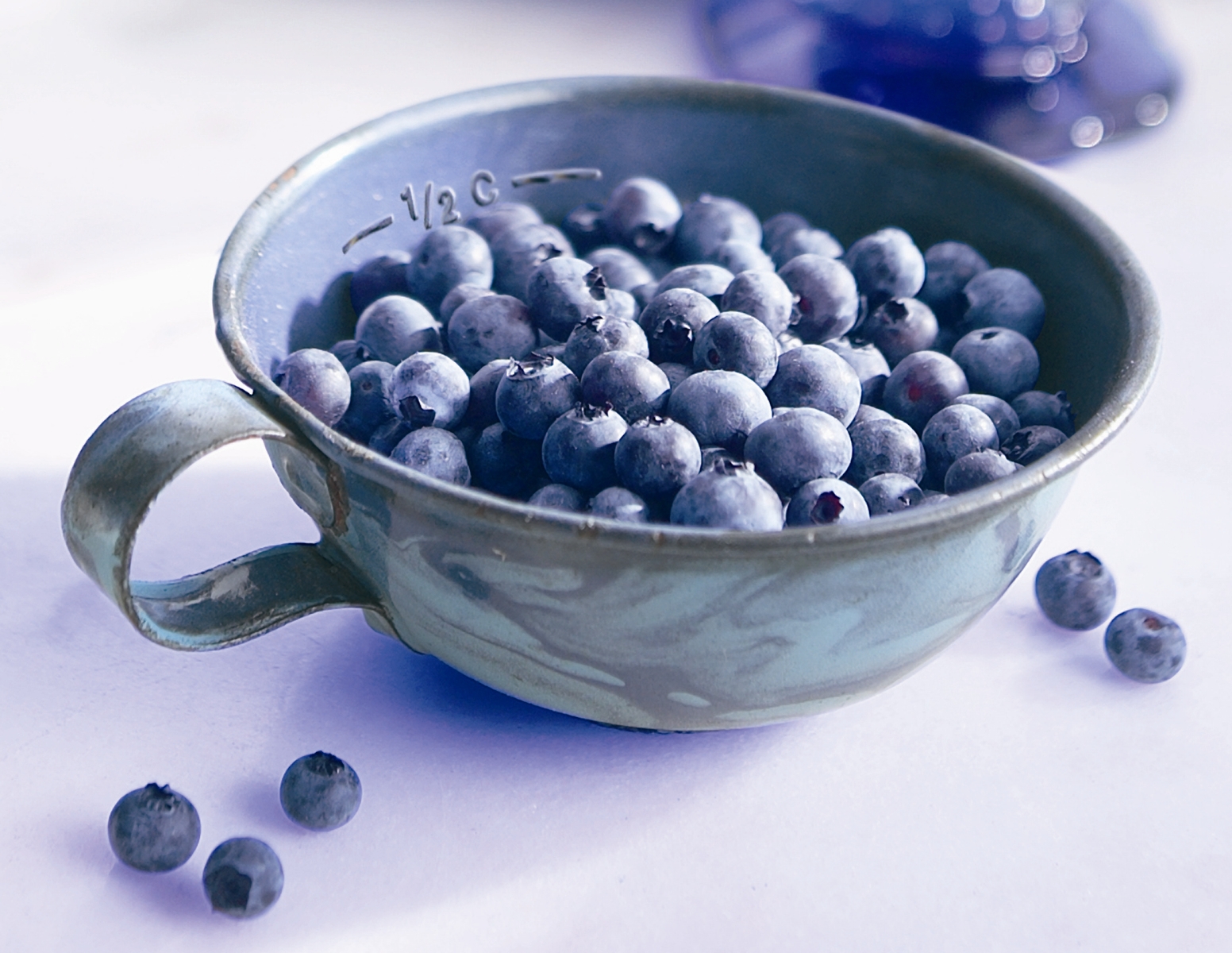 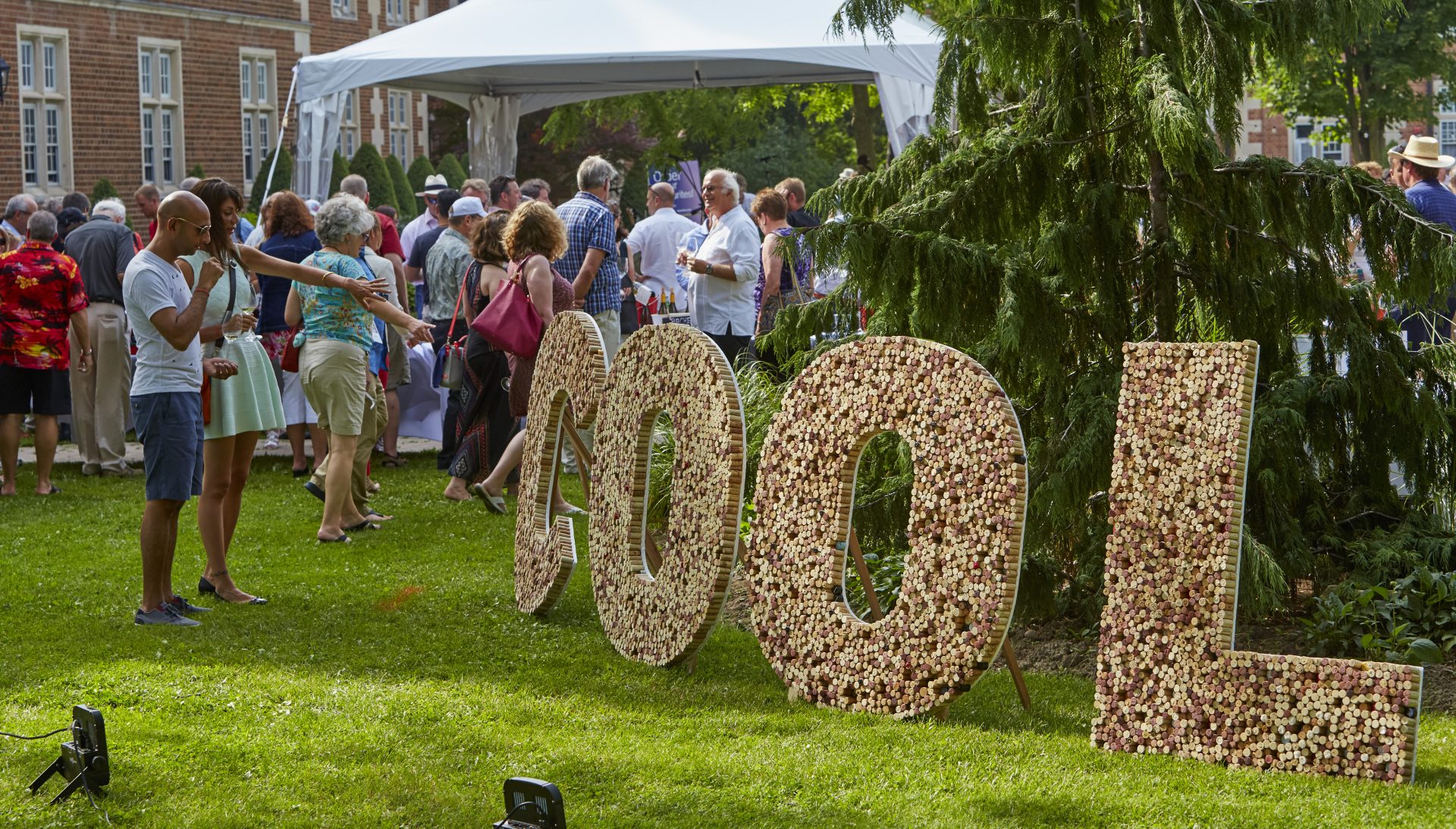 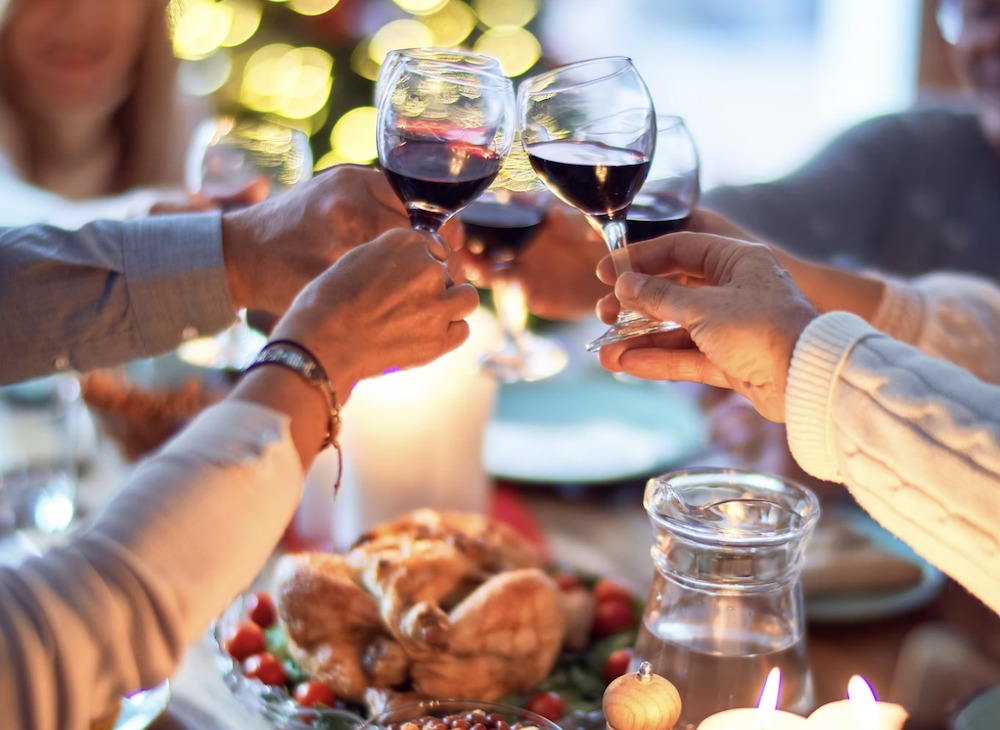