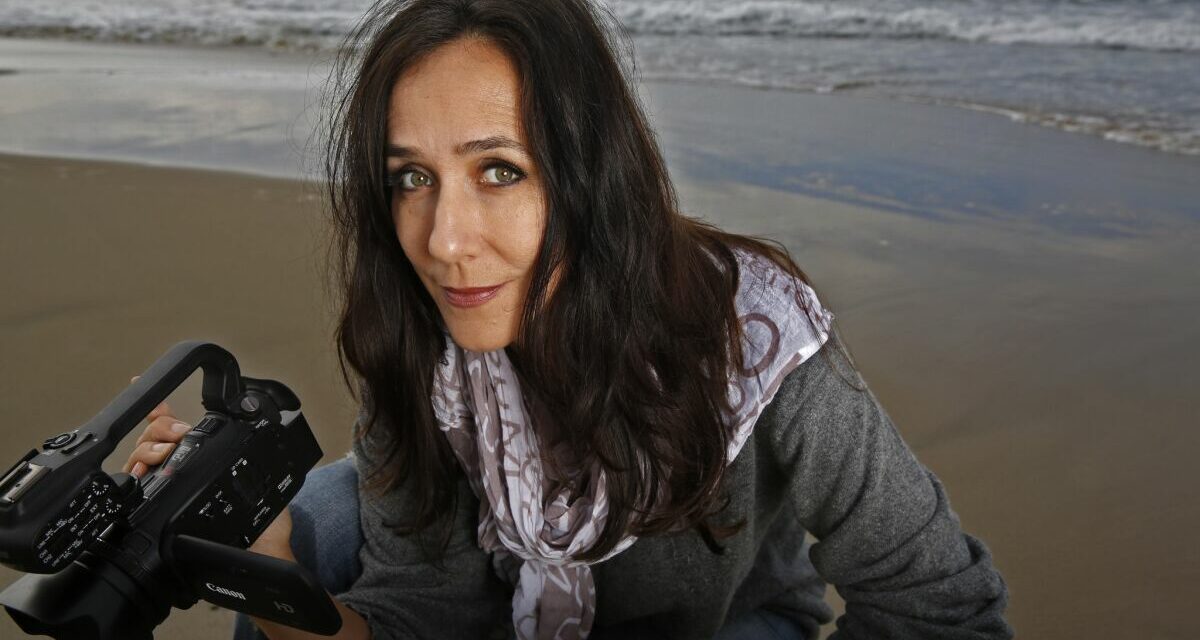 Gabriela Cowperthwaite, a filmmaker best known for her much-lauded 2013 documentary Blackfish, was recently in Toronto to present the world premiere of her new feature documentary The Grab at the 2022 Toronto International Film Festival.

Just as wars over oil have played a major role in recent history, there are many who believe that many 21st century conflicts will be fought over water/food. Is it really any wonder that some of the world’s most powerful countries struggling to provide for their ever-growing populations have been covertly buying up huge tracts of the world’s last arable lands outside of their borders to meet their pressing needs?

Add to this shadowy private mercenary companies and private investors all wanting a piece of the action, and it makes for a film that plays more like a geopolitical thriller than a doc, at some points like an episode of the Bourne series, albeit one with brave nerds, keeping one on the edge of one’s seat until its conclusion; even the visual presentation and incidental music is reminiscent of these types of films.

What with global food prices being at an all time record high, available arable land becoming worryingly scarce, and Russia using food as a geopolitical weapon in the war in Ukraine (the links to the ongoing Ukraine war are chilling, to say the least), this documentary could not have come at a more poignant moment in time.

This groundbreaking exposé is pinned together by Cowperthwaite focusing her camera upon and around the endeavours of award-winning journalist Nathan Halverson and his team at the Center [sic] For Investigative Reporting, whose  seven-year-long persistent digging into the topic of water/food colonization expose many of the darker forces at play in this purposely opaque global underbelly.

This film certainly has its fair share of “Holy Shit” moments, that’s for sure.

Stemming from an initial investigation into the $4.7 billion purchase of Smithfield Foods by a Chinese company supported by the Chinese government, a sale that led to one in four pigs in the US being controlled by the Chinese, Halverson, Mallory Newman, and Emma Schwartz begin to uncover a web of illicit plans put together by governments and powerful companies culminating in a motherlode of leaked documents known as “the trove”.

From this point forward the team become increasingly paranoid that they are being hacked and/or surveilled, and considering the forces at play here, I don’t fault them for that in the slightest.

From private military contractor (read: mercenary) Erik Prince of Blackwater infamy‘s involvement in the pillaging of African water/food resources through his Frontier Services Group, to the impacts, closer to home, upon the citizens of La Paz County, Arizona, where an enormous Saudi-backed industrial farm is literally running the region’s aquifer dry in order to produce hay to be transported to feed livestock back in the the Middle East, the scale of these operations is truly staggering.

It really makes one question just how all of this can have been happening under our collective noses, how on earth all of these actions are supposedly legal, and on the watch of our so-called “diligent” governments, many of whom have been complicit in these projects.

As a film, it is undeniably thought-provoking and a real wake-up call, as the concept of who will own our food in the near future is something that should concern us all. As it becomes apparent that we have overdrawn upon the resources intended for future generations, we have to be better at holding our governments and all corporations accountable for their actions, as well as judiciously modifying the ways in which we both consume and farm.

Hopefully this documentary will open more people’s eyes to the furtive acquisition of food and water resources as powerful groups are establishing themselves as the new Organization of the Petroleum Exporting Countries (OPEC) where true global power will lie with those who control not oil but food.