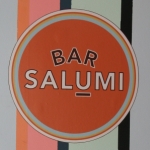 It would have been easy to be frazzled by the paparazzi-feel of my visit a few days ago—another visiting interviewer fired off questions and scribbled madly in his notebook while I was chatting with Fabio Bondi, chef and co-owner of Bar Salumi, which opened on September 17. (His first endeavor, Local Kitchen and Wine Bar with partner Michael Sangregorio, is just four doors west on Queen Street West.)

But Fabio’s just so down to earth, and his easy laugh is completely contagious.

“Does this happen all the time?” I ask Fabio, gesturing nonchalantly to the other interviewer, who is at the back of Bar Salumi examining a boar’s head mounted on the wall.

“I think when Local first opened, it was happening a lot—once the reviews started coming out. Then it kind of calmed down. But that was OK because Local’s popularity kept climbing, which is great. And then, you know, I’d get a few [interviews] here and there. And now it’s starting all over again. If you had told me this was going to happen a year ago, I never would have believed you.”

“Does the boar have a name?” asks the other interviewer from across the room.

“Maybe we should call the restaurant Boar Salumi,” laughs Michael as he comes in. Michael is one of those restaurateurs who can not only brag of co-ownership and expert front-of-house finesse, but also of an elephant-like memory. “I remember you,” he tells me as we shake hands. “You were in to eat a few weeks ago, and we talked about James Chatto.”

In fact, there’s much to like about both Michael and Fabio, who have been friends since they were kids and have been planning on opening a restaurant since their late teens. “[It] was always just a thing we would do. A contingency plan, I guess. We were living in Vaughan, and then when we moved out of our parents’ houses, we came here, bought a condo in the city, and we started living here. Then he moved in with his girlfriend and I moved in with mine, and, uh, we stayed in Toronto. We’ve been in Toronto seven, eight years.”

Fabio is a graduate of our own George Brown College Chef School and went on to train at the renowned Il Postale in Umbria, in central Italy.

The duo looked to open Local Kitchen and Wine Bar in other areas first, like Liberty Village. But Parkdale has its benefits. “We thought it would be really cool if we could find a place that wasn’t expensive, kind of a hole-in-the-wall atmosphere, and make it, you know, something really, really cool. I don’t know if it’s a trend or what, but I love going to restaurants that don’t look fancy but the food’s fantastic. That’s what I love doing, you know what I mean? Where I feel comfortable, and you know you can go there with a pair of jeans and running shoes.”

Local Kitchen and Wine Bar opened up a year ago, to much acclaim. Some nights see frustratingly long three-hour waiting lists (they don’t take reservations). So what draws the crowds?

It’s very simple, he tells me. “We stuck to what we believe. And what we believe is: I wanted to open up a place that we would love, that we would love to eat at. So we went with that. We didn’t change anything; we just brought it back to what Italian food is supposed to be. We use what’s in season, we use good-quality ingredients. It doesn’t have to be complicated. It’s not rocket science.”

Fabio’s menu leans toward classic plates from southern Italy. “My parents are a huge influence. They are both from the city of Palermo.” But he’s often swayed by the delicacies of his wife’s family too, from Mexico. My wife’s “mom is an incredible cook. Whenever we’re there, she cooks up a storm. Her pickled onions are unreal.”

The idea for Bar Salumi, which translates from Italian as “cold cuts” or “charcuterie,” was originally born from the popularity of Local Kitchen and Wine Bar, but it’s also a destination all on its own, thank you very much. “It’s a little place where people can come, have a glass of wine, have something to eat,” says Fabio. “Or wait for a table at Local.” It follows the same principles as Local Kitchen—to use foods grown by local farmers using sustainable methods. Bar Salumi, though, is an aperitif and piattini bar, for cocktails and small plates, so the menu is shorter. Think: octopus and potato crostini ($8), tomato and burrata, which is an Italian cheese made from mozz and cream ($12), or the popular salumi plate ($15).

It’s easy to see that cured meats are a focus here. Berkshire proscuitti hang from the ceiling (“It smells like ham . . . fantastic!” smiles Fabio), interspersed among the fans and the chandeliers made by a Salumi regular and local artist Norman Orenstein. Jars of homemade tomato sauce line shelves against exposed-brick walls, and strings of red chili peppers decorate nooks and crannies. Wooden stools and chairs tuck under tables and a glossy lacquered-wood counter by the open bar.

Fabio and Michael are still figuring out how to balance their time between the two places. “We often cross paths on the sidewalk; I’m going there, he’s coming here . . . it’s busy.”

“He keeps me sane,” says Fabio. “And grounded. And I keep him sane. I couldn’t do it without him. Hopefully it’s vise versa!” His big chuckle gets us both going. 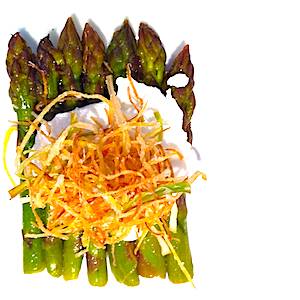 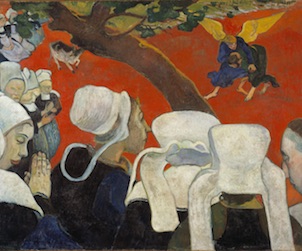 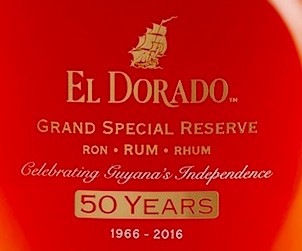