Lorette C. Luzajic on sealing it with a kiss in between sips. 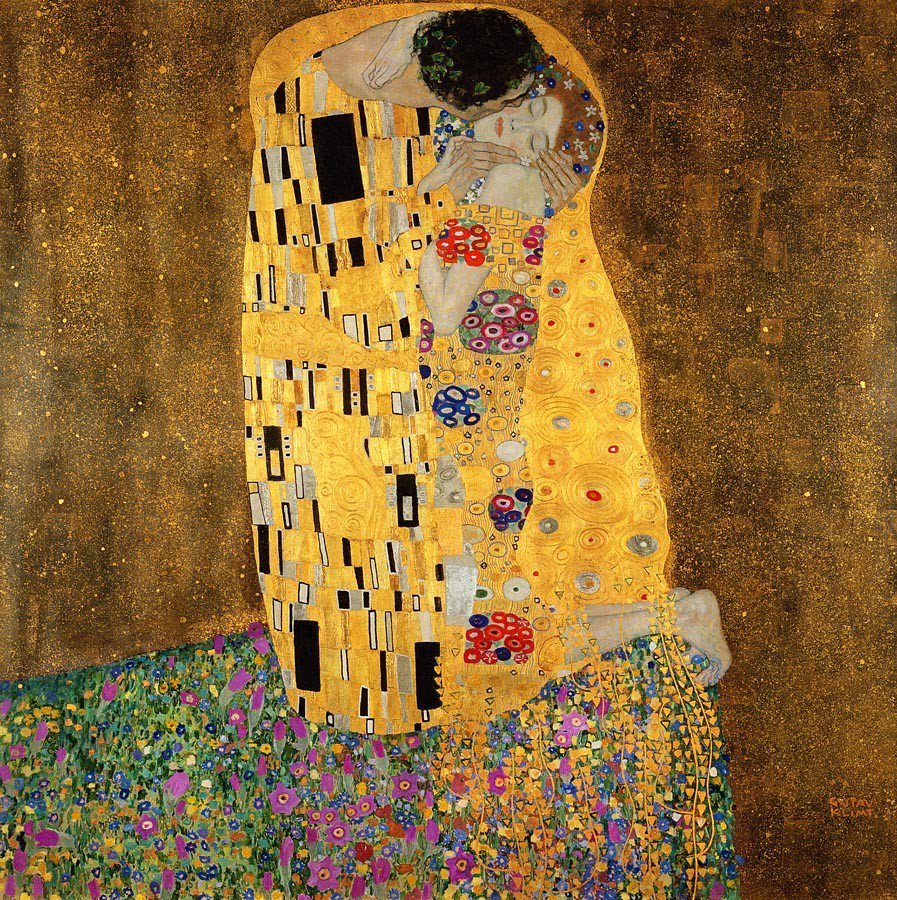 Toronto-based artist Lorette C. Luzajic’s ongoing Good Food Revolution series Wine and Art goes beyond the wine and cheese of an exhibition opening and into the relationship between the arts and wine. Click here to see the whole series.

There are those kisses we can’t forget, the ones that shattered the way we were in the world. Some kisses are definitive, marking something monumental in our lives. There are epic kisses that our whole personal narrative depends on. We have drowning kisses, those that are dangerous and mind-bending, and cataclysmic kisses that changed everything.

The kiss is so essential a theme in our lives that it is also one of the quintessential themes in cinema and fiction. We will forget all the news of the year come next year, and we will care less about a million scenes from pornography, but the kiss consumes us: I still melt thinking of Rhett Butler telling Scarlett she needed kissing badly, and at the Breakfast Club, when thug John Bender presses his lips against pink and preppy Claire’s.

The Kiss by Austria’s Gustav Klimt is perhaps the most epic romantic kiss of all time. It is one of the most famous paintings in the world, and 110 years plus after the fact, it is a booming merchandising industry of wine glasses and candle holders and doilies. One company alone, Bavaria’s Goebel, ships out 25 000 pieces of Kiss merchandise every year! Yet mass production and overplay has never dimmed the profound impact of the art. It has become an archetypal story and symbol in the public imagination, because what it captured so beautifully is one of the essential experiences that make being human meaningful. The painting has become so entrenched in our collective imagination that it is often referred to as The Allegory of Love, even though the artist had another painting by that name.

The Art Nouveau masterpiece is familiar to all of us: a man cradling a woman, his head bent to press his lips and face against hers. The couple is wrapped in swaddling gold, and robed in bejeweled splendour that summons Venice’s Murano glasswork and millefiori glass cane patterns.

Although the painting is as glittery and flamboyant as Liberace, or Las Vegas, it is somehow transcendent rather than gaudy. The opulence of the image is tempered by the paradox of the bond that binds sensuality, emotional intensity and total familiarity and respite. The longing is not just for the lover, but for the beloved.

We may have kissed a thousand princesses or a thousand frogs, or nobody at all; we may have experienced kisses that were awkward, heartbreaking, or hot as hell, but at our core, this is the kiss we all long for. In a way, through all the other kinds of kisses we may have experienced or eluded, this is the kiss we are kissing towards. The humility and tenderness that Klimt captured are rare gems, no matter how ubiquitous the image has become around us, on our tea sets and mouse pads or Valentine’s Day cards. We all want to treasure and be treasured like these lovers.

The woman’s face is upturned and flush, almost as if in prayer, and the stylized gold and ornamental patterns the artist used are evocative of Byzantine and Christian Orthodox art and iconography. Whatever the artist intended in his allusion to the religious- whether pure aesthetics or a little twist of blasphemy- millions of viewers have instinctively felt The Kiss touches the pulse of something holy. At the core of this shimmery glimmering dream is the treasure stored up not on earth, but in heaven.

“Kiss me with the kisses of thy mouth, for the love is better than wine.”
Song of Solomon 1:2

By the time the cashews had been duly masticated, we had exchanged a number of animated, fevered kisses.

Most pink is for spring, but with rose having its heyday, the winter shelves have offered us a few temptations of the sun in Spain or Portugal. This one doesn’t taste as dry as it is, which makes it easygoing and popular at parties. But as I found out, it’s a versatile number, turning romantic with a mineral undercurrent like a winter well when the party is for two.

Cupcake Red Velvet California
True to it’s name, this wine is like licking the cake batter off of the spoon, and tastes even better on the lips of someone special. California dreaming, indeed.

Toasted Head Barrel Aged Chardonnay California
If you happened to be craving honeydew or cantaloupe melons wrapped in a skinny salty strip of Prosciutto, pucker up and pour yourself a glass of this intense liquid gold.

Norman Hardie Pinot Noir 2016
Niagara Falls’ reputation as the honeymoon capital of the world was somewhat manipulated by marketing, but the suggestion stuck and countless newlyweds still flock to the Falls for the ultimate couple’s photo backdrop. The big ferris wheel is a nice place to neck, too, but the real romance of Niagara is all that wine. Fall in love over some homegrown Pinot Noir. Even though Canada’s never listed among the Noirien’s “notable regions,” there are some magic fireworks to be had in our own backyard. Norman Hardie’s Pinot Noir is an enchanting suitor, a bundle of contradictions like earthy and mysterious, swarthy and smooth. The experts recommend waiting a few years, but…

Dog Point Sauvignon Blanc 2016 New Zealand
Sauvignon Blanc used to be too airy a dance partner for my taste, but I’ve been learning to lighten up a little. I like wine that has a lot going on, and have been appreciating the range of subtle flavours and feelings behind white and rose and those reds with a lighter touch. I thought this one was particularly sexy, with a gravelly voice and an insistent intensity. Oddly, the LCBO blurb called it “sexy” too, and “flinty,” and I tasted a mouthful of herbs and grapefruit too that was incredibly seductive. Sommeliers often call Sauvignon Blanc wines something along the lines of “fresh and crisp” which for me usually translated to “nondescript” and “blends in well.” But I’ve discovered that the easygoing personality profile of some Sauvignons is very attractive indeed. A nice range of fruit flavours outside of “grape” or “black cherry” includes peaches, gooseberry, and mango- this one tastes like white raspberries under the mouthful of fresh cut grass. It’s an elegant palate cleanser, too, effortlessly sweeping away garlic and cream pasta sauces, or seafood, making kissing a must between bites.