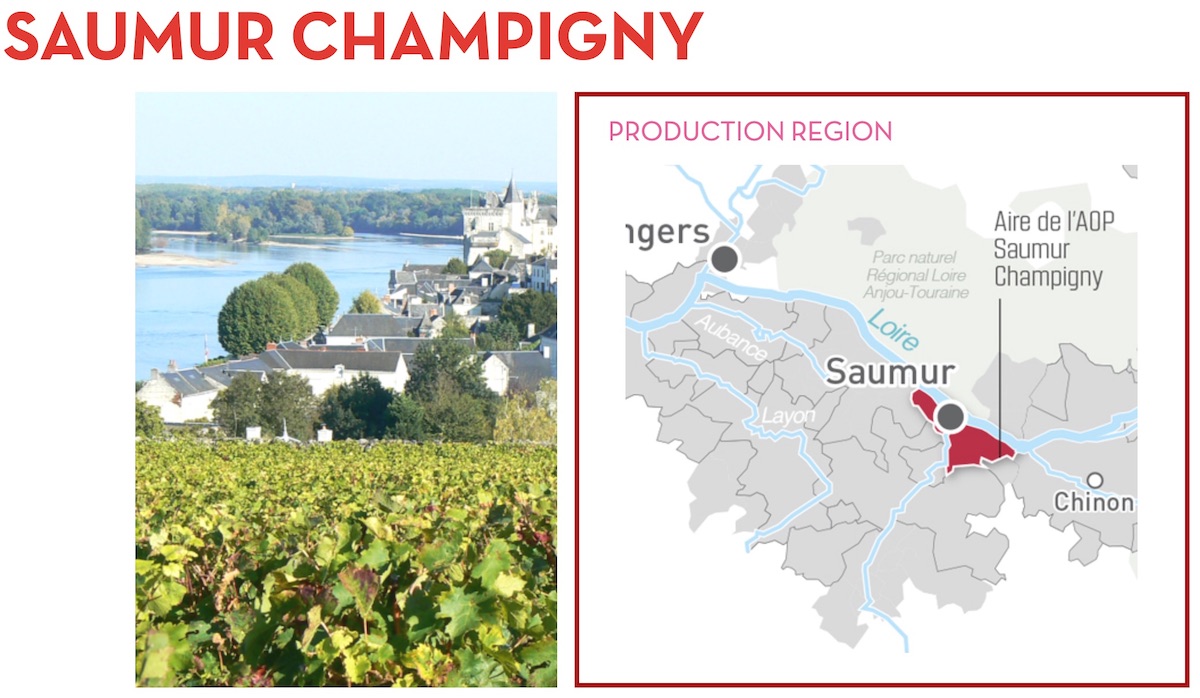 The Touraine red wines – Bourgueil and Saint-Nicolas-de-Bourgeil on the right bank, Chinon across the border in Anjou, Saumur-Champigny – are the friendliest of wines: jubilant, frank and open, mingling herbal, grassy scents and flavours with an intense wild berry fruit which some define as raspberry, others as black currant or bramble, and which may be simply the fruit of Cabernet Franc. When drinking one of these wines, cool, on a hot day in the mottled shade of the grape arbour, I have only to close my eyes to recapture a child’s summer-time sensation of lying face-down in the grass and cutting out the whole world except for vegetal and earthy scents and the lonely plaint of morning doves in the silent air. – Richard Olney, Ten Vineyard Lunches (1988)

Mais oui, Monsieur Olney, the Cabernet Franc of the Loire Valley is lovely and was showing well when I was there a week or two ago. Not least those from the appellation of Saumur, and particularly the smaller appellation of Saumur Champigny, whose producers hosted a dinner and tasting for the international journalists attending the Val de Loire Millésime in Nantes last month. 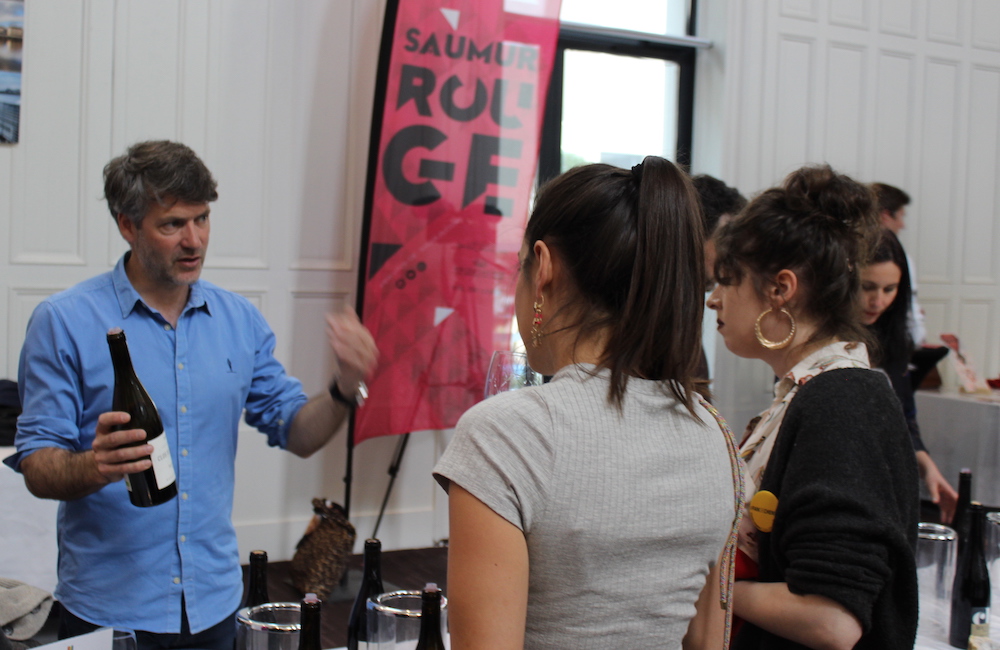 The Saumur Champigny dinner as at Le Wilton a bistrot converted from an old food market (I think). The venue was a good reminder of how popular the Cabernet Franc-based red wines of the Loire Valley are in France, and of course Paris, since pair so well with bistrot food. Closer to home, they are also popular and easy to find on the wine lists of Montreal, and on the shelves of the stores of the Société des alcools du Québec. Loire reds are harder to find here in Ontario. Savvy diners in Toronto know the Loire section will often have the best deals for versatile and food friendly reds. Finding them at the LCBO for a casual purchase is another matter. There’s nothing on the ‘general list’ or Vintages Essentials, and what comes through Vintages is regrettably few and far between. This strikes me as odd, since cool climate Cabernet Franc is something our own Ontario winemakers are proving to be noticeably good at making. You would think that domestic production would encourage a taste for imported Cabernet Franc, but perhaps consumers still think of the grape as a component of a Bordeaux blend rather than it’s own creature. I hope this changes, and it might, since most agencies that iport high quality wines have a producer or two from the Loire, even if the wines are being mostly sold to restaurants, and Loire reds really are meeting with success in Quebec so the producers I spoke to in Nantes were used to dealing with a provincial monopoly and the eccentricities of the Canadian wine market. 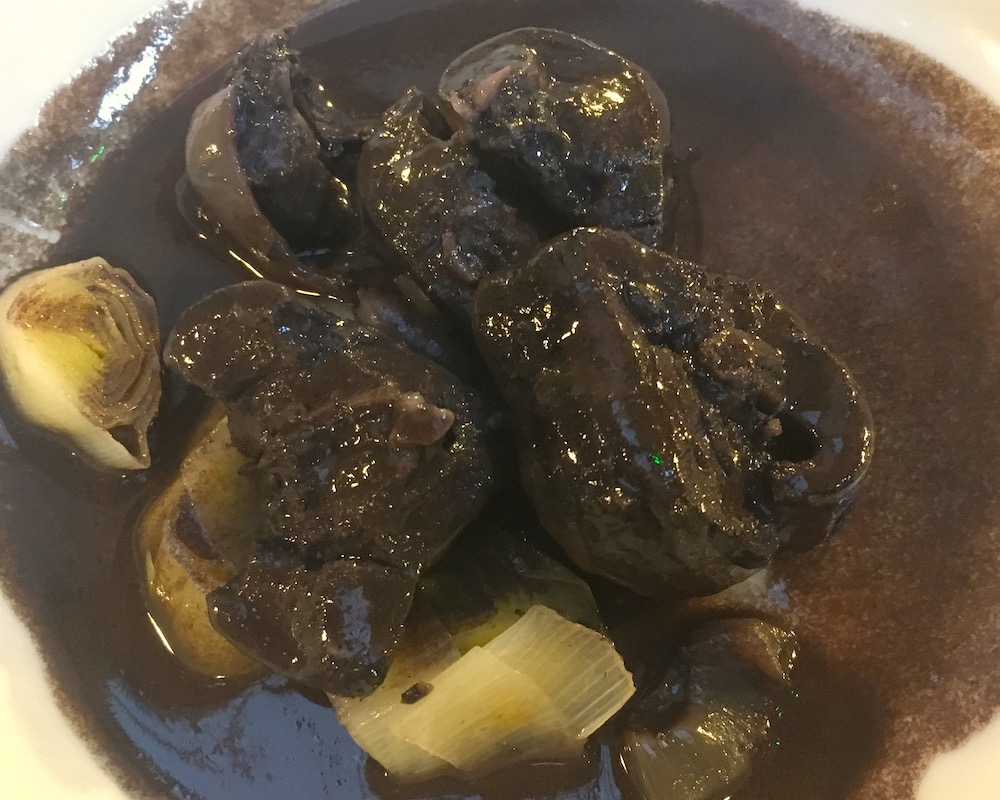 However scarce Loire reds may be in at home, I had no trouble enjoying them in Nantes, of course. Saumur Champigny is smallish appellation of just over 100 producers that concentrates on Cabernet Franc. The ‘Cahier de Charge’ requires that 85% of a Saumur Champigny be made with Cabernet Franc, with Cabernet Sauvignon making up the difference, at least in the non 100% C Franc wines I tasted. At the tasting and at dinner, the Saumur Champigny producers divided their wines into two categories: ‘light’ and ‘complex’. It was in the latter category that one would find blending with Cabernet Sauvignon and, you guessed it, élevage in barriques to varying degrees. These wines, I think, are meant to challenge the idea that Loire reds are meant to be drunk young. Some were very good, moving from raspberry and lighter fruit notes into more black fruit, like the 2014 Château de Parnay, or Arnaud Lambert’s Montée des Roches 2015. Then again, many of the ‘light’ wines were hardly simple, and if they showed a bit more vibrancy and verve, they were balanced by a wonderful elegance as in Philippe Porché’s Domaine de Rocheville Le Prince 2015, or brought through on a long finish of deep dark red fruit concentration as in Sylvain Rebeillua’s Domaine des Rayniere’s Les Poyeux 2014. There were also older vintage wines on hand, that really did put to rest the idea that Saumur Champigny doesn’t age, including a 2011 Domaine Clotilde Legrand showing darker black fruit and Jean-Noël Millon’s La Source du Ruault Le Clos de la Côte 2010 complex but still youghful with red and dark fruit notes and full of life force. It’s hard to imagine these wines don’t have a natural audience in English Canada, and I only hope we see more like them on ur shleves and wine lists going forward. 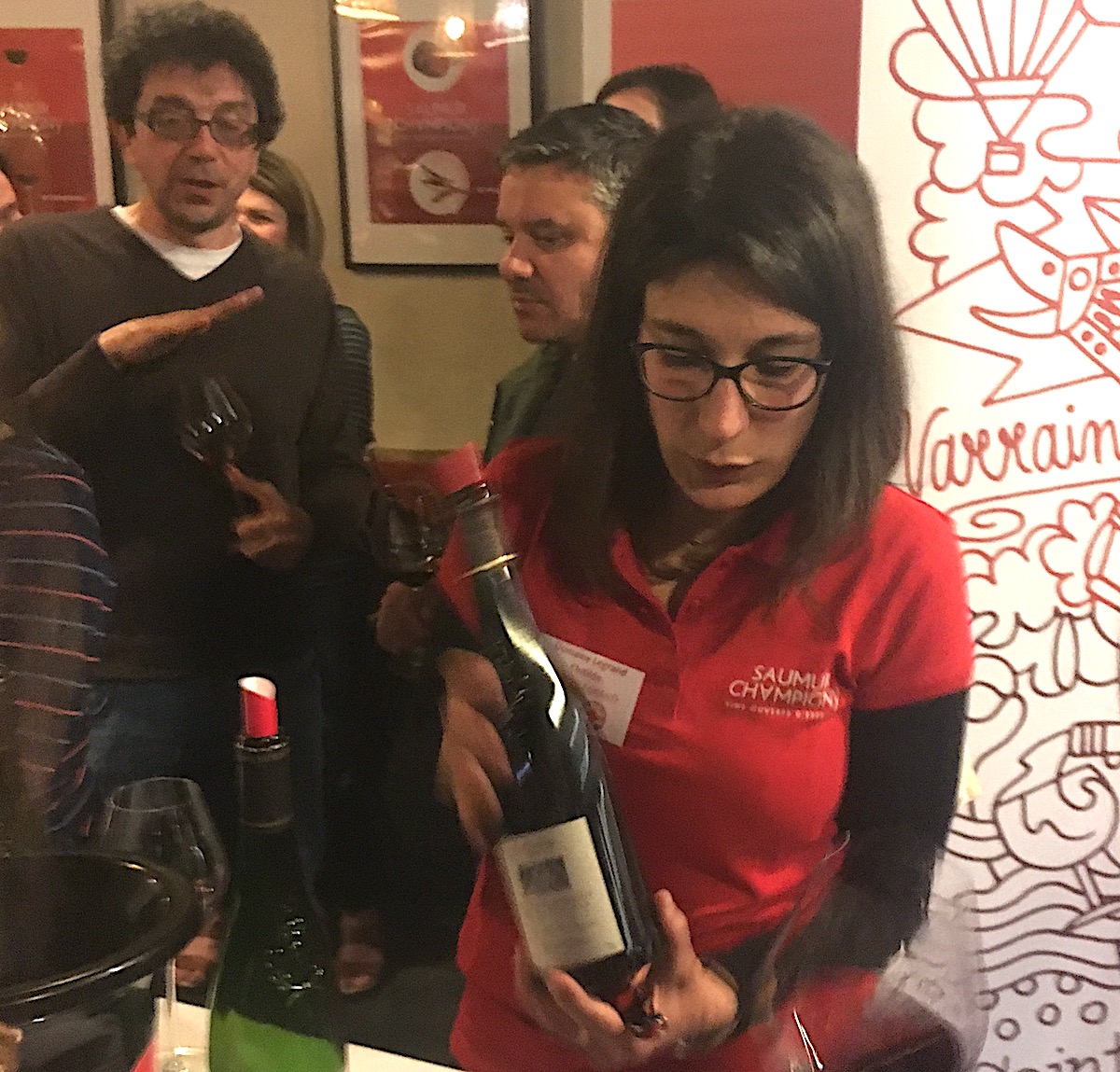