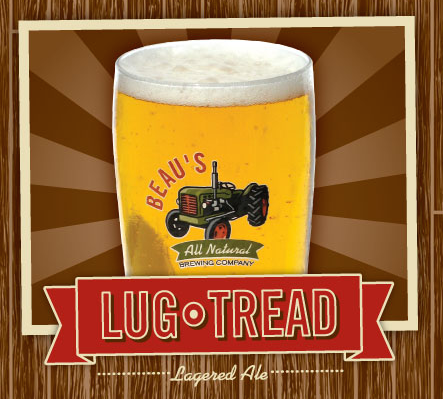 We’ll be will be making room on our wall of honours for seven new awards and accolades this week. With the addition of these new awards, our brewery brings to 74 the total of awards we’ve won since 2006.

On September 17 the annual Golden Taps Awards were held in Toronto, honouring the best in Ontario craft beer. Beau’s flagship Lug Tread Lagered Ale snagged the title of “Best Regularly Produced Beer in Ontario” at the Golden Taps, adding to its previous years of being chosen best beer in the province (2007-2011). Beau’s annual signature fundraising event Oktoberfest was recognized as well, with an Editor’s Circle Award for Outstanding Achievement in Beer. And finally Beau’s was awarded Best Beer Design and Branding in Ontario, a new award this year for the Golden Taps.

“The diversity of what we won [at the Golden Taps] really shines a light on some of the things we do best at Beau’s: we’re incredibly multidimensional, and it shows,” says our brewery co-founder Steve Beauchesne.

Lug Tread Lagered Ale is available across the province of Ontario year-round at LCBO and The Beer Store outlets, as well as on tap at more than 1,200 pubs and restaurants. Night Marzen is available for the fall season as part of Beau’s rotating seasonal program, and The Bottle Imp, a Wild Oats creation, will be re-released in December 2014.