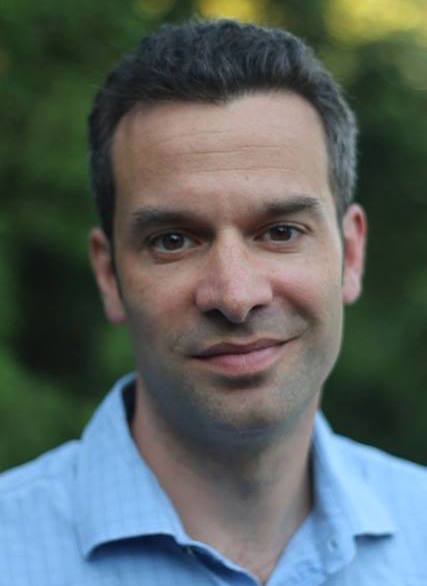 The late Gina Mallet famously had no time for the food movements that gained momentum in the first decade of the Millenium like locavorism, organic or sustainable farming, and food labeling. What she cared about, and wrote about passionately in Last Chance to Eat (2005), and as a restaurant columnist at the National Post, was flavour. Whether a tomato was genetically modified or grown in a greenhouse in Holland was of no concern to her, nor would she have cared if it, or any food, was particularly healthy. The only thing that mattered about food for her was how it tasted and what pleasure could be drawn from it; everything else was bourgeois conceit.

I knew Mallet and I wonder what she would have thought about Mark Schatzker’s new book The Dorito Effect: The Surprising New Truth About Food and Flavour. I think she might have been pleased that Schatzker, like her, sees flavour as the most important aspect of food, and I think she would be horrified that he also puts it at the nexus to solving problems like the obesity epidemic and the attendant industrial diseases that come with the food system in North America in the last 50 years. 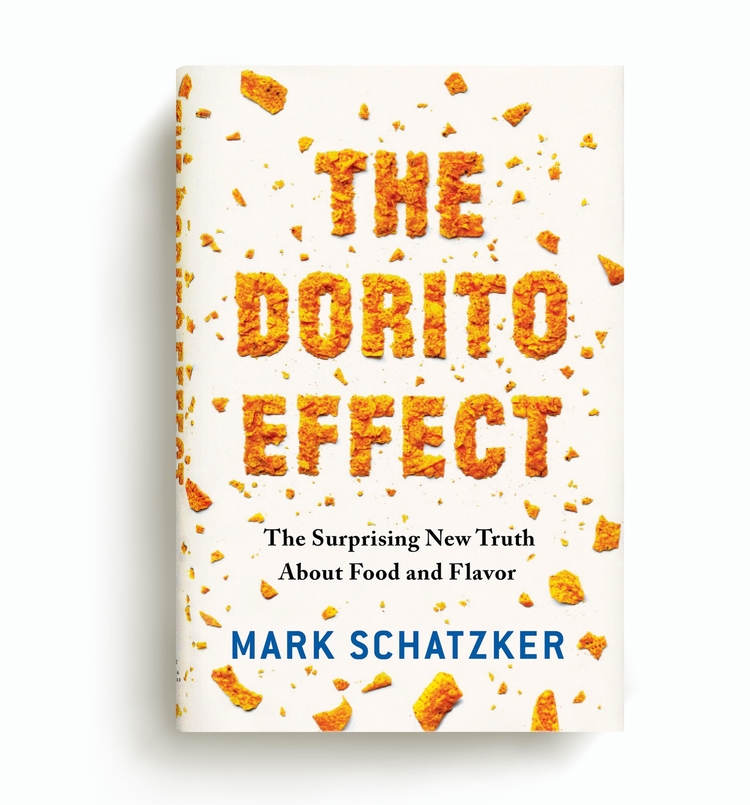 The dorito in the title of the book refers to the corn chip snack that was ‘improved’ with added flavours after sluggish sales followed its launch in the 1960’s. As Schatzker writes, sales improved and the habit of adding flavours (natural or artificial) quickly became a process food industry norm. At the same time, agricultural methods were changing to increase productivity and yield at plant and animal farms. Younger and therefore blander meats and watery vegetables grown for size instead of taste would soon also require added flavouring. Schatzker effectively argues this has skewed the palates of most North American who eat regular grocery store or restaurant food, and who have become as used to factory-made flavours as they have become unaccustomed to the ones made by Mother Nature. This might not be such a bad thing (as Mallet might have argued), except the added flavours trick our bodies into thinking that we’re eating nutrient rich food, but in fact we’re only ingesting dressed-up empty calories.

I discussed The Dorito Effect with Schatzker, who I consider a friend and who recently spoke at the Terroir Symposium that I help organize, for the interview below.

Good Food Revolution: Your book is way more scary to me than Fast Food Nation by Eric Schlosser or The Omnivore’s Dilemma by Michael Pollan, because I’m worried that my entire sense has been completely manipulated by the flavour industry. I was born in 1972, so I’m worried that every idea about flavour that I have learned was perverted by large chemical companies: is this plausible?

Mark Schatzker: It is plausible, and to some degree you are correct, but I want you to remain hopeful!

GFR: Well, I do eat lots of dark leafy greens, so I am trying to reverse the initial damage. But it’s really frightening this idea you bring up that we have manipulated food to taste like its good for us, but it’s not, right? Is that kind of the basic idea behind The Dorito Effect?

MS: It is. The important thing to remember, and part of this is our fault, is that we have been on this insane and idiotic nutritional quest for the better part of 50 years where we’ve being trying to malign fat, sugar or carbs. It’s been a total failure. Flavour is what drives us. We are programed to seek out deliciousness. It works very well in nature and it worked for us for tens of thousands of years because flavour is the language of nutrition. We’ve gotten ourselves into a bad place by manipulating flavour. When we developed the ability to analyze the flavours in foods and then recreate them in a laboratory and add them to foods in factories where they never should have appeared, we incentivized unhealthy, calorie dense foods.

GFR: You’re talking about advent of the machine, what’s its name?

GFR: Right, and it mapped out all the flavours, so they could be chemically replicated.

MS:  Yes. That allows you to make sugary soda water taste like orange, or grape or strawberry; whatever you want. The flavours are what makes food delicious. No one would drink pop, nor eat as many potato chips or Doritos if it wasn’t for the flavouring. Flavouring makes junk food taste like real food.

GFR: Can we talk about the extent to which appreciating taste and flavour is a learned behaviour? If, like a lot of people, you mostly eat processed and flavoured foods, are you doomed? Like, do you lose the ability to appreciate foods that are actually good for you?

MS: The more of those processed foods you eat, the more you will grow to like them and crave them. So, in that sense yes: you kind of rewire your palate. We know that because we know that even the children of obese parents who eat junk food are likely to replicate those eating patterns. This is no surprise that people who struggle with their weight eat the wrong food habitually. What’s profoundly frightening about it is that we think of junk food as merely being a delicious indulgence, but when you look at people who struggle with food addiction, they don’t actually experience more pleasure from eating junk food. What they experience is a heightened craving and desire for food they can’t resist. So, they get locked into a really unpleasant and destructive cycle of craving food but eating food that doesn’t satisfy them. This is no way to live, it’s an awful state.

MS: That’s the other side of the story, and why flavour is so revealing. This problem is that the whole foods we should be eating continue to be getting blander and blander. So we’ve been standing on soap boxes and telling everyone to eat and eat more fruits, but why would anyone do that if they taste like cardboard? We care ultimately more about deliciousness than we do about ingesting any particular nutrient. No matter how much we think we can resist, we are lured to pleasure. Diets fail for the same reason that teaching abstinence fails as a sex education strategy, because we are animals and we are drawn to pleasure. It’s a huge problem that our whole foods are bland because nobody wants to eat them.

GFR: So what have you done about flavour  for your self? In the book you write about putting together a dinner made of foods that weren’t too preciously sourced or grown: that could one day be farmed on a big scale.

MS: Yeah, I think a move to flavour is already happening and has been for a while. As strong as the trend towards junk food and unhealthy eating has been, there has also been a backlash with things like farmers markets, eating organic (although organic is not always better tasting, but sometimes it is). I think a lot people perceive they are missing real flavour and try to get better quality foods if they’re able. What I am excited about is what we can do to improve the quality of food at ordinary supermarkets. If we cared about flavour and we bred our fruits and vegetables to be delicious, we could bring flavour back. There is already a tomato – non-GMO – at the University of Florida that is 85% as productive as the most productive tomato varieties, but has the flavour of an heirloom. It’s a miracle tomato! So, if we consumers vote with our wallets for food the way we have done with wine for the last 20 years, or the way we have done with craft beer, we can transform the way the meat counter looks as well as the produce aisle. We have a long way to go, but we’re already seeing things like this, so in that regard I am very much hopeful.

GFR: So, getting back to that tomato, it sounds like even though it might cost marginally (15%?) more, the benefits back in terms of both enjoyment and nutritional value are much greater.

MS: Absolutely. I guess the point I would really like to get across is that by understanding flavour we can understand where the food industry went wrong, but we can also get ourselves back on track. 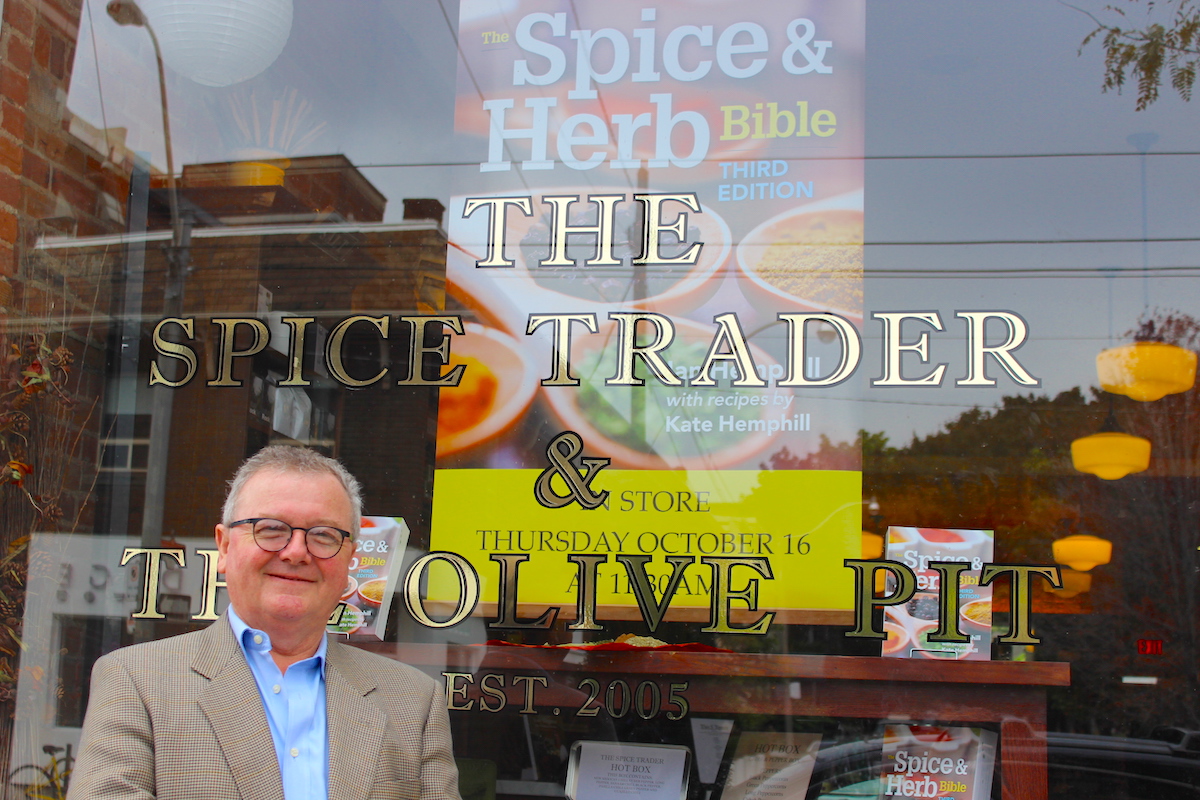 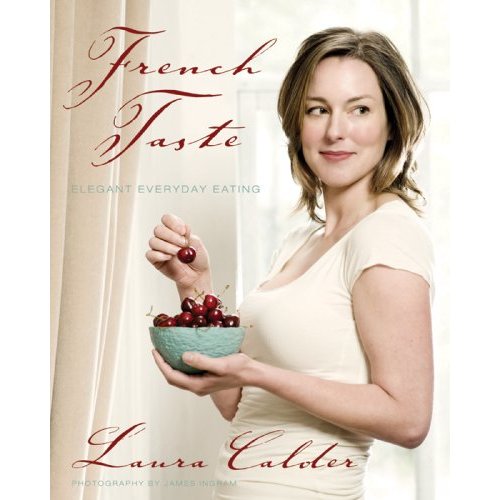 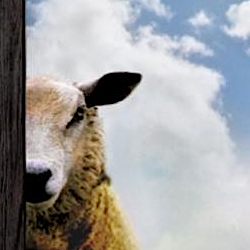 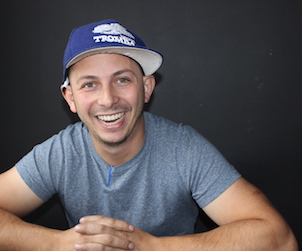