Message in a Bottle

Sting and Trudy Styler’s Tuscan red comes to the LCBO. 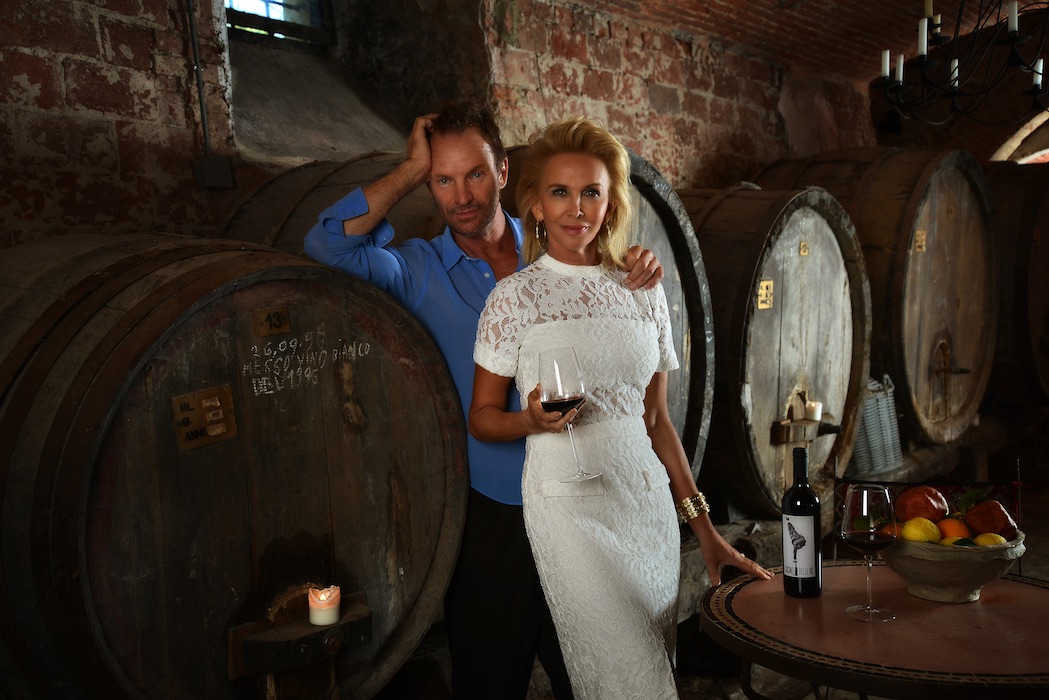 I could not be more excited to announce that for the first time, rockstar Sting and Trudy‘s aptly named Tuscan red, “Message In A Bottle” is being released this Saturday through LCBO VINTAGES. From the highly acclaimed 2015 vintage, this rich and ripe Sangiovese-based blend (with some Syrah and Merlot) grown on the hills of Chianti, feels authentically Tuscan, with dark cherry, earth and spice flavours, and supple tannins.

James Suckling rated this wine a solid 92 points, and describes the wine as having “beautiful dark berry and spice character with hints of dried flowers. Full body, soft and round tannins and a savory finish. Fine texture.”

Il Palagio is not a vanity project for Sting and Trudy. They spend their summers on the historic 17th century estate, inviting their extended families to celebrate their wedding anniversary (25 years last August!). They are truly passionate about the winery, and have invested considerable time and money into making sure it produces world-class wines (and certified organic honey and olive oil!) which show a sense of place.

Pick up a bottle and let me know if you hear their message.

One Response to Message in a Bottle