On January 21, 2010, in Newmarket, Ontario, Justice of the Peace Paul Kowarsky dismissed 19 charges against dairy farmer Michael Schmidt related to the selling of unpasteurized, or “raw”, milk from his Grey County co-op near Durham in 2006. Farmers, milk enthusiasts, and food activists everywhere threw their arms up in triumph, elated that things were finally moving in the right direction in the world of food freedoms.

But on February 11, 2010, the Ontario provincial government appealed the verdict, claiming that the judge had “misapplied evidence,” “erred in law with respect to legal burdens,” and “committed errors of statutory interpretation.” Canada’s traditional managed milk supply system is four decades old, but many speculate it will crumble without a government win against Michael Schmidt.

While it’s illegal to distribute or sell raw milk in Canada, there’s no law against drinking it. Schmidt and thousands of others, including top Toronto chefs such as Jamie Kennedy, Chris MacDonald, Marc Thuet, Michael Stadtlander, and affineur Afrim Pristine from the Cheese Boutique, feel that informed consumers have a right to choose. In 1995 Schmidt and a handful of advocates devised an innovative way to provide raw milk to consumers by creating a co-op where members buy a share of the cow (usually about a quarter) and pay a fee to milk them. The arrangement ultimately means that members are drinking their own raw milk, and that Schmidt is not selling it. Justice of the Peace Kowarsky agreed with that characterization.

Recently, I caught Michael Schmidt on the phone on his way to Belleville, and we talked about the January acquittal.

“It was very amazing to actually be part of the ruling that dealt with the raw milk issue, with a judge who took the time to look at what is at stake here and to question, ‘Does the government have a right to interfere in the decision-making process?’ I was somehow really taken by that. It made me feel almost patriotic for Canada. Then, when the appeal came, I was really sad. It seemed to belittle the justice system.”

Talking about emotions and spirituality seems to come easily to Schmidt. Despite 16 years (and counting, since the appeal will take years to play out) of legal battles over this case and, previously, a handful of other issues, he remains passionate and optimistic about the future of raw milk consumption in this province and around the world.

So what’s the big draw with unpasteurized milk? Why are people bending over backwards to get their hands on even just a few litres? Raw milk has been used for hundreds of years as dietary medicine. Its natural probiotic properties make it beneficial to the immune system (a quality that is squashed during the pasteurization process). Recent studies in Europe and elsewhere show its consumption can result in a significant decrease in the incidence of asthma and other allergies, as well having a strong, positive influence on the effects of autism in children. For many, drinking milk in its raw form simply caters to the good food movement, where natural reigns over processed and where accountability and regionality are important factors in making choices about what we ingest.

Glencolton Farms, Schmidt’s home base, is conducting its own studies, with the help of veterinarians and other professionals, on the health benefits of raw milk. One study involves two calves, one consuming raw milk and the other pasteurized milk, and a similar second study examines six pairs of rats and the benefits of raw milk consumption compared to pasteurized milk over generations. Updates can be seen at here.

The path that brought Michael Schmidt to this place and time in the public eye is a long one, starting specifically on April 4, 1968. “I was 14 when Martin Luther King was shot. It was a very profound time for me. I had studied Gandhi, Tolstoy. There was a link between these three people. It was very clear to me as I grew up; I always sort of knew that I could never confirm to the norm. If there would be a cause that came up, I would know I had no choice. I consciously committed myself even then, to pick up a cause instead of just sitting and letting it pass me by.”

As a teenager, Schmidt had to make a choice between his two passions: music and farming. “No matter what, it had to be creative. I realized there would be thousands of great musicians, but not many farmers left that will look at farming as an art. And then, for me, the farm transformed into a creative instrument on all levels.” Yet, somehow, despite the heavy responsibilities of running Glencolton Farms and standing up as a lead activist in the raw milk movement, Schmidt still finds time to pursue music. His fingers, thick and hardened by years of farming have meant giving up playing the violin or viola. And it does not surprise me to learn that his innate drive to lead and direct the passion of others has led him to take on the role of orchestra and symphony conductor.

Symphony in the Barn is a performing arts venue near his home, where he also acts as artistic director to such performances as operas, gourmet dinners, fundraisers, jazz concerts, film festivals, and native dance troupe performances.  This year he will mount a Gilbert and Sullivan inspired Opera based on his recent ordeal called “Milk Trial by Jury”.

And what does the future hold for the raw milk movement? Schmidt tells me of a conversation he had with a constitutional scholar a few months ago, the two of them discussing numbers and how small issues can become big issues. The scholar told Michael that all that’s needed to start the workings of a revolution is 3% of the population. I can hear him smiling when he says, “That’s all you need to bring about significant change! And in that sense, I’m quite optimistic.”

“It’s five minutes to twelve in regards to the food issue,” Schmidt says, pausing for effect. “It will be the next civil rights movement. People are waking up, wondering, ‘What have we silently agreed to in giving up our sustainability and our regionality?’ There would be a revolt if people grasped what that really means.”

Visit thebovine.wordpress.com to stay up-to-date on Michael Schmidt and the progress of the raw milk movement. 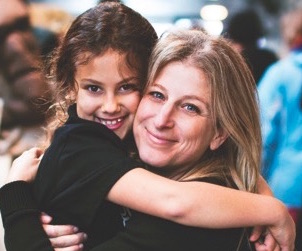