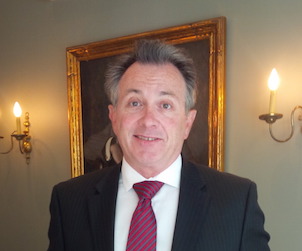 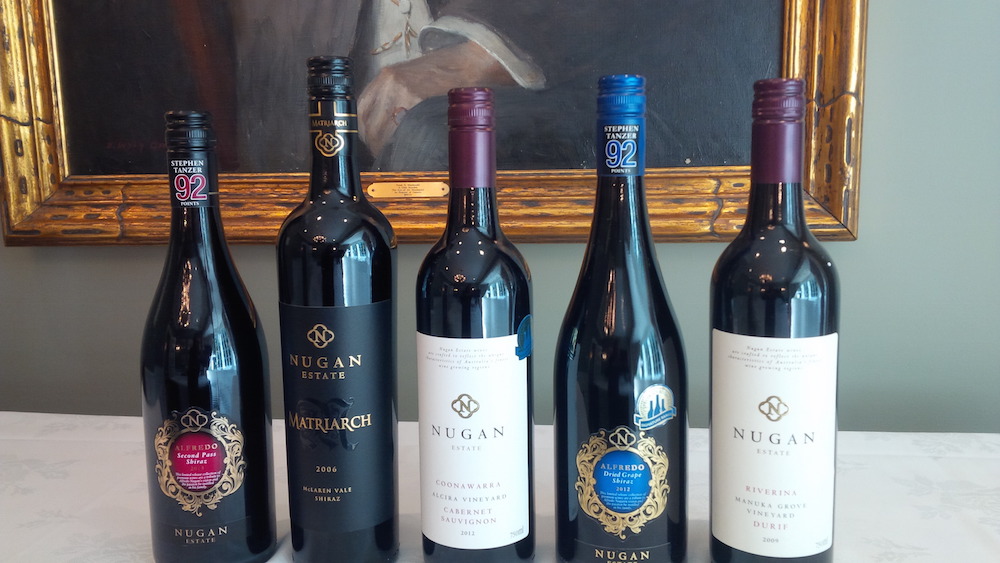 Nugan Estates has gone through a wholesale transformation from a quality fruit and vegetable producer into Australia’s 12th largest exporter of branded wines under three generations of the Nugan family.   Focusing on premium wines while over delivering on price has repeatedly won Nugan international accolades – impressive for a winery that just launched its own wine label 15 years ago.  Nugan is also one of Australia’s largest olive oil producers, with 800 acres of Tuscan olive varietals.  Matthew Nugan, the third generation and General Manager, led us through a tasting in June at the Toronto Hunt Club, arranged by Canadian agent, PMA Canada.

Matthew’s grandfather, Alfredo Nugan, fled the Spanish Civil War in 1939, moving from Valencia, Spain to Griffin, in the Riverina region of New South Wales, Australia.  Having worked for Spain’s leading fruit exporter, he decided to apply what he learned to his own fruit growing operation.  His breakthrough came when he contracted with Coles Stores to transport his fresh produce on ice trains, alongside supplies they were sending to General MacArthur during WWII.  Being able to preserve his fruit and vegetables in pristine shape enabled him to launch a flourishing mail order business. He also revolutionized packaging techniques and mechanized carrot harvesting and citrus graters.  This type of innovative thinking won him the reputation as one of the industry’s great visionaries. 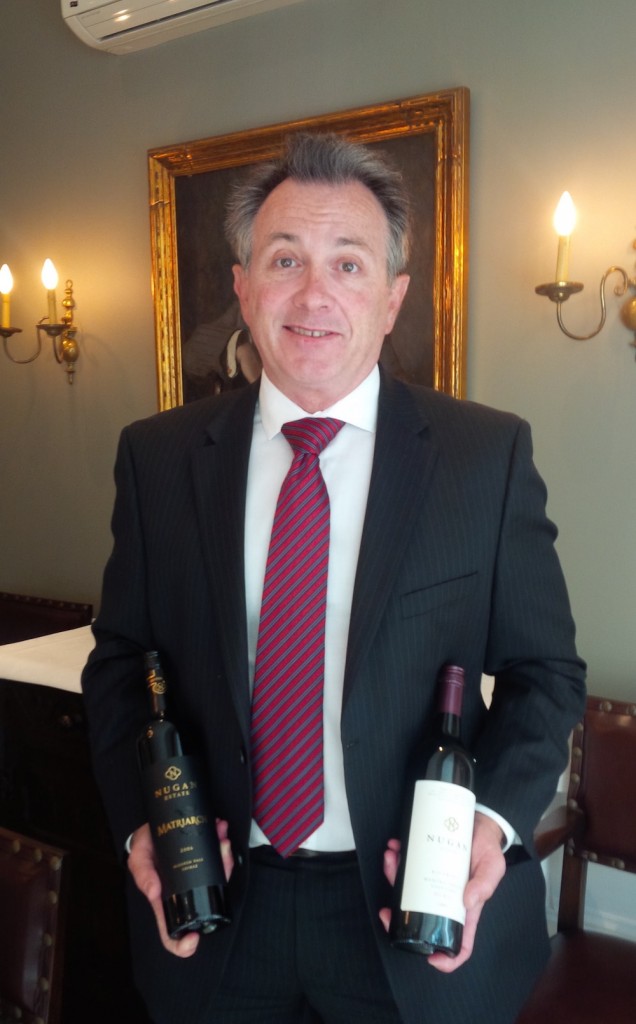 Matthew’s father, Ken Nugan, bought out his parents when Alfredo retired in 1965.   In 1973, Nugan was forced to go public to raise funds after a devastating fire.  The following year, Ken bought a wholesale market operation in Brisbane to sell citrus concentrates to the domestic market. In 1986, his wife Michelle had to deal with his untimely death, just as a recession hit in Australia.  She rose to the challenge, despite having had little prior involvement with the business, privatizing the company in 1987.  By 1994, she had turned Nugan into the largest supplier of carrot juice and niche juice products to Asian in the Southern Hemisphere after developing a unique process to counter rapid oxidization of carrot juice.  In 1993, Nugan began accumulating 590 acres of vineyards throughout Australia — in Coonawarra, King Valley, Limestone Coast, McLaren Vale and Riverina.  Controlling its own grape production enabled Nugan to become a leading supplier of premium grapes to Southcorp and Penfolds. In 1999, Nugan decided to discontinue this and launched their wine label.  The following year, they purchased and began work on a state-of-the-art winery which they opened in 2002, the year after releasing their first commercial wine. Matthew entered the family business in 1984, at the age of 19, and has built the export business up to 95% of Nugan’s sales, with Denmark and Ireland being the most important markets.  His sister, Tiffany, joined Nugan in 2001 and is focused on the domestic market.   Winemaker Darren Owers also started at Nugan at the age of 19.  Mentored by Michelle Nugan, he has become one of Australia’s up-and-coming winemakers.

Nugan Third Generation Chardonnay 2013 (LCBO# 400317; $11.65; 13.5%) is a blend of fruit from their Riverina and King Valley properties, producing an approachable wine that is all about the fruit.  It undergoes battonage to provide weight and texture and is fermented in medium-toast French oak.  White floral aromas lead to an intense fresh citrus and tropical fruit finish.

Nugan Estate ‘Alfredo’ Second Pass Shiraz 2012 (LCBO# 368811; $15.90; 14.0%) is an Aussie take on ripasso wine, where the wine is re-fermented from pressed pomace (skin and stems) made from Shiraz grapes.  The ripasso style, typical of Italy, intensifies the black fruit characteristics.  Chocolate and cracked pepper aromas carry through to the palate in a finish that will soften with cellaring.

Nugan Estate Coonawarra Cabernet Sauvignon Alcira Vineyard 2012 (LCBO# 393686; $24.95; 14.0%) has the telltale eucalyptus marker of Coonawarra fruit.  This aromatic wine does not disappoint, with bright red fruit flavours and layers of baking spice, cloves and cedar wood in the full finish.

Nugan Estate Riverina Manuka Grove Vineyard Durif 2009 (Hunt Club; $34; 14.5%) is made from the Durif varietal, aka Petite Syrah.  Intense black currant and blueberry flavours are balanced out with spicy notes and silky tannins in this elegant wine. 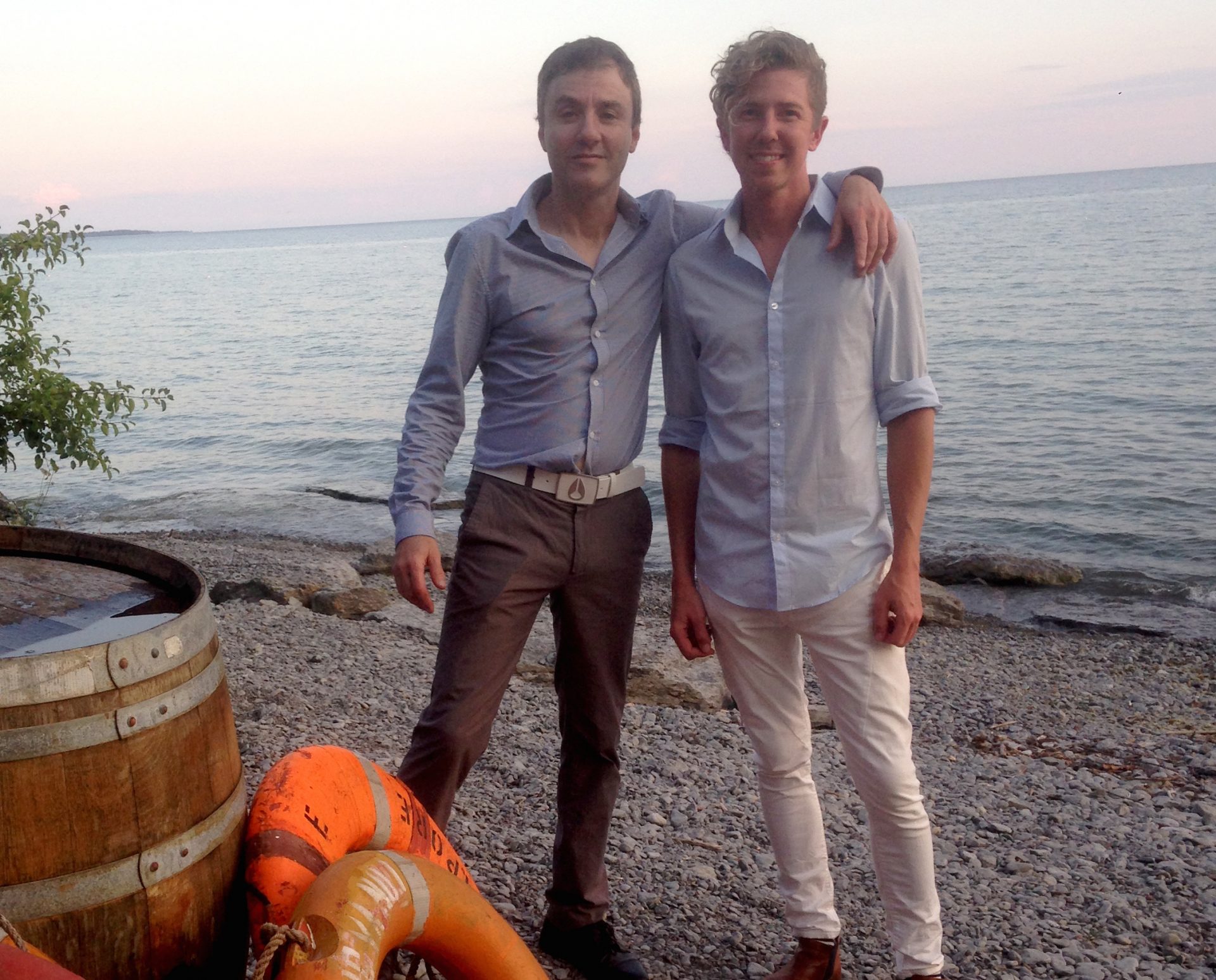 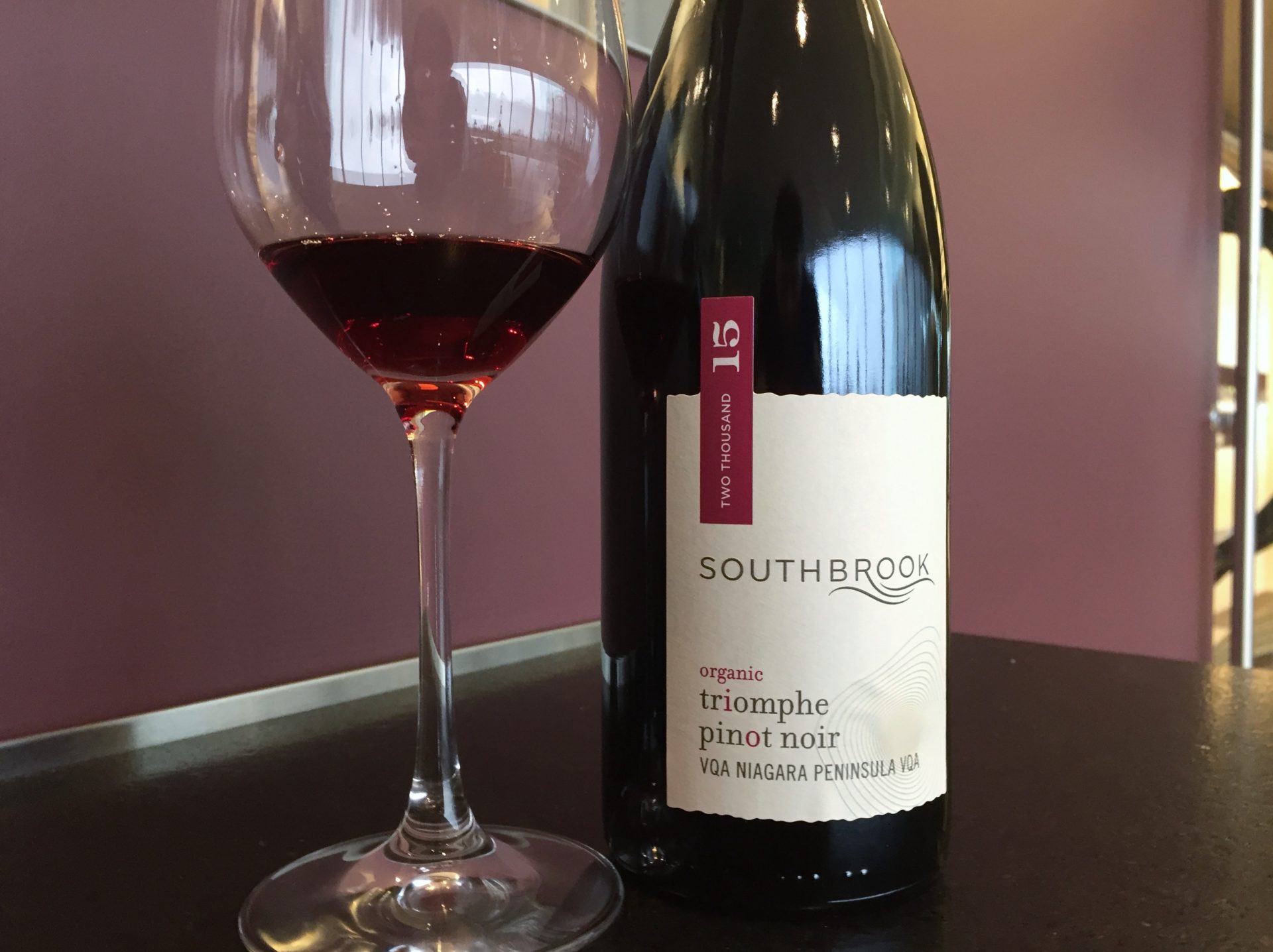 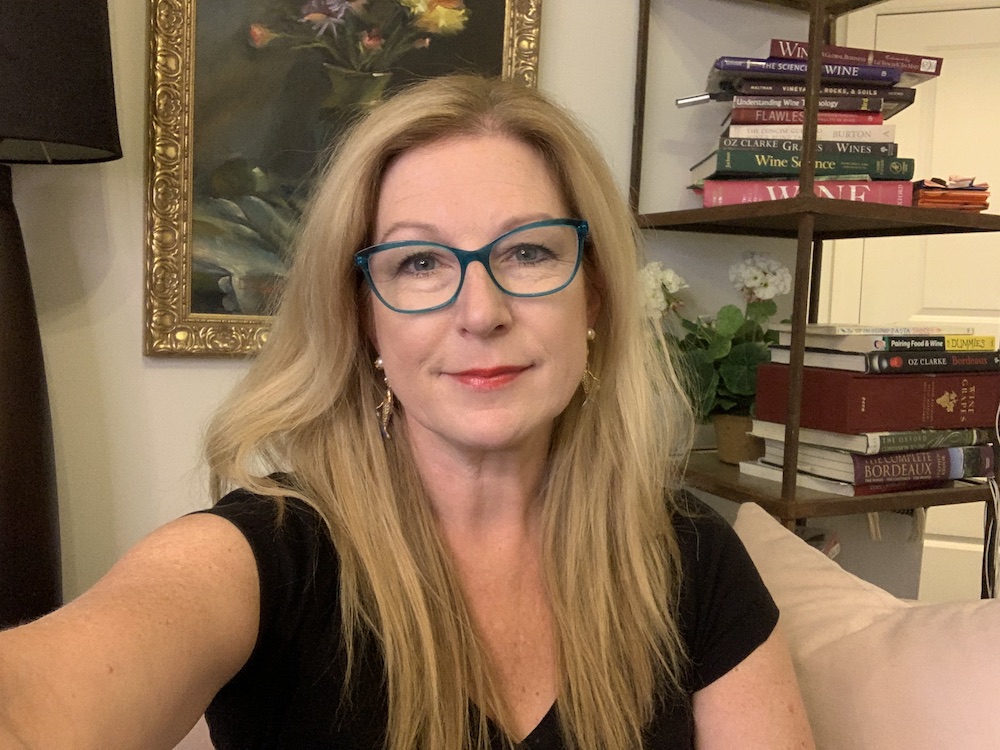 Life In The Time Of COVID-19: Magdalena Kaiser, Wine Marketing Association Of Ontario 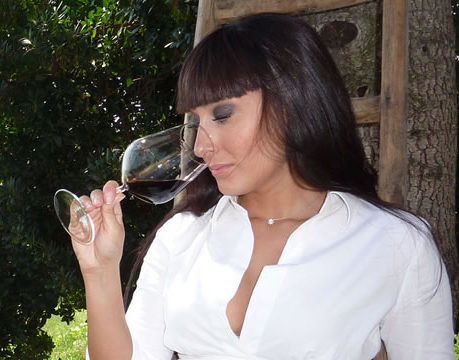