Only Asiago PDO is the Real Thing 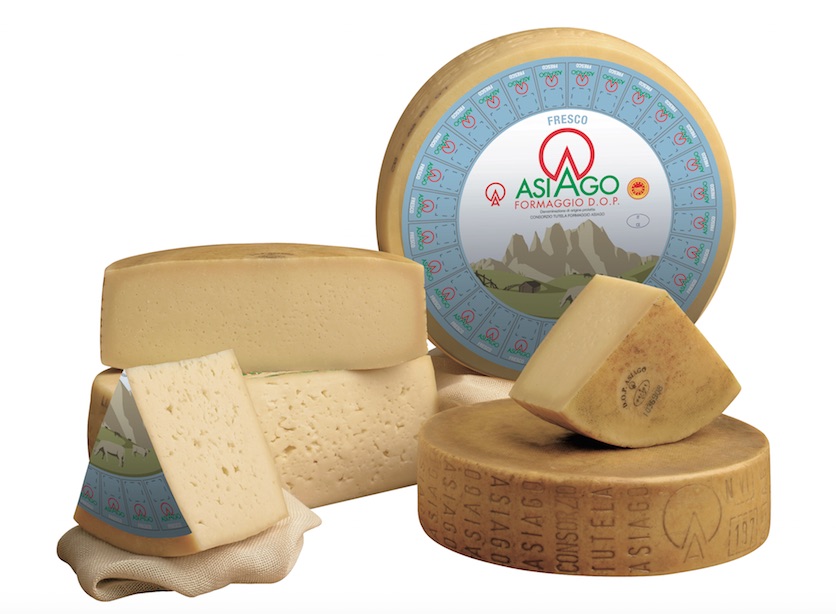 “Asiago” cheese can be found in everything from bread, to bagels, to sandwiches these days. But don’t be fooled by its ubiquity. Not all Asiagos are alike!

There’s only one authentic Asiago cheese – Asiago PDO. As with the long-accepted French concept of terroir, the flavour, aroma, and texture of Asiago PDO comes from the lush grass, naturally raised cows, climate, soil, and geography of Northeast Italy. 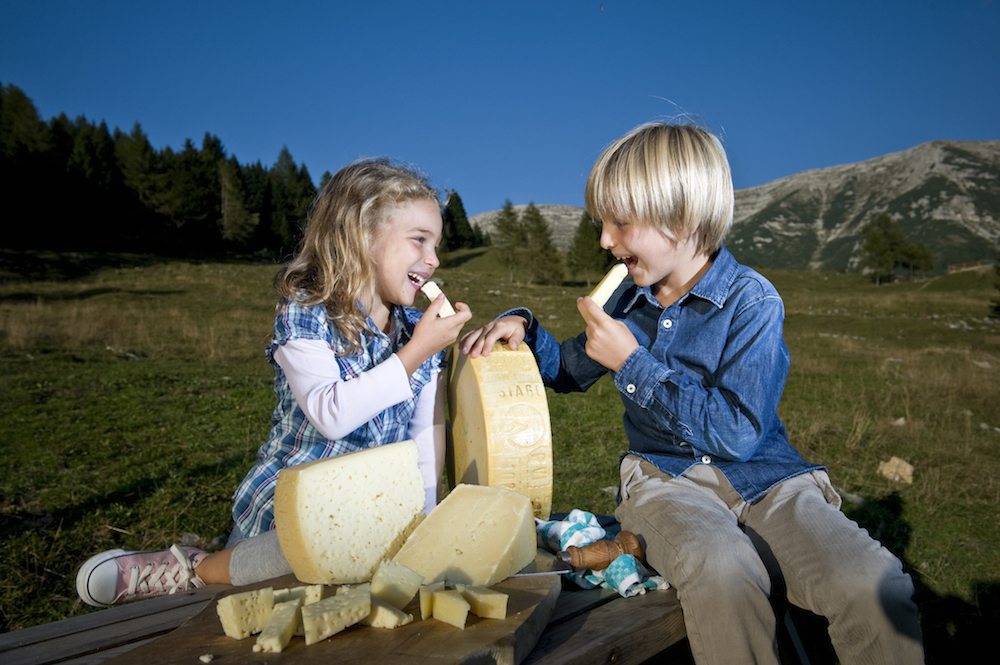 Named for the high plain of Asiago, in Italy’s Dolomites or Southern Alps, the cheese originated from the milk of sheep grazed in the region. But as cows replaced sheep in the high meadows during the 16th century, cow’s milk became the main ingredient.

PDO = PROOF OF ORIGIN, PEACE OF MIND, AND GUARANTEED QUALITY

PDO (Protected Designation of Origin) is a mark widely used in Europe to certify that a product and its ingredients have passed numerous inspections for safety, quality, and authenticity. The mark ensures consumers that production followed traditional methods and that all ingredients and product occurred within a specific geographic area. In the case of Asiago PDO, the area from which the milk originates and where the cheese is produced is the Asiago plain, the adjacent provinces of Vicenza and Trento, and parts of Treviso and Padua, and the cheese has been made the same way for nearly one thousand years.

Asiago PDO – A Healthy Choice
Made with all natural ingredients that contain the characteristics of the region, Asiago PDO is high in protein and calcium, easy to digest, and rich in vitamins (A, B, B2, and B3, or Niacin). 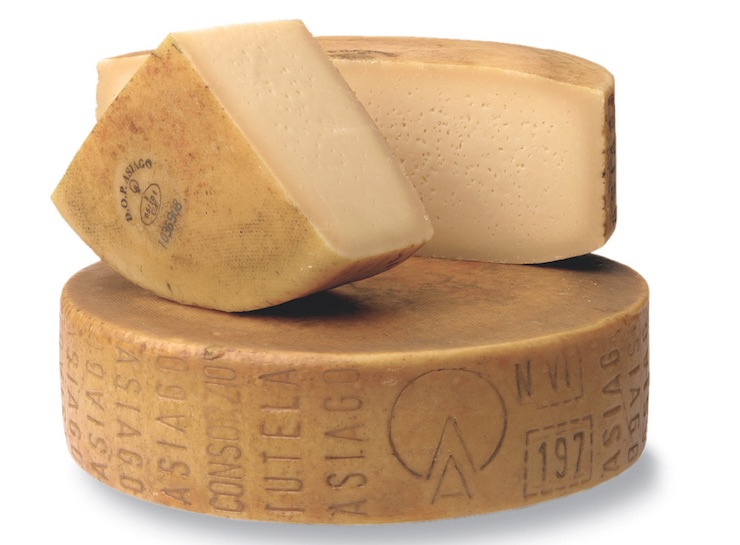 The Special Taste of Asiago PDO
Consumers can find two kinds of Asiago PDO in North American markets or online: fresh and mature. Their distinctive taste, texture and aroma derive from how long the cheese has aged. Fresh Asiago PDO, or pressato is made from whole cow’s milk and ages over a period of 20 to 40 days. The white or pale-yellow pressato is soft and very mild, sometimes even sweet – but never salty or bitter. Its fragrance is similar to yogurt or butter.

Made from skim milk, mature Asiago, or d’allevo, has ripened over a period of 3 to 12 months. The taste of this darker (straw yellow to amber), hard cheese varies in sharpness depending on how long the cheese has aged. D’allevo tastes more savory and sometimes slightly piquant, depending on how it is made and aged. Its scent is similar to bread or pizza dough, dry almonds, and dried fruit.

Whether fresh or mature, Asiago is easy to slice, shave, or shred, and melts easily. It makes a delicious addition to vegetables, salads, pastas, pizzas, sandwiches, soups, and desserts. Enjoy it alone as a snack or paired with fruit.

Try both types of Asiago to experience their unique characteristics. For recipe suggestions, visit asiagocheese.it/en/in_the_kitchen/recipes.

The Consortium for the Protection of Asiago Cheese is a Good Food Fighter. Please support the businesses and organizations that support Good Food Revolution.

» Good Cheese » Only Asiago PDO is the Real Thing

About the Author: Asiago DOP