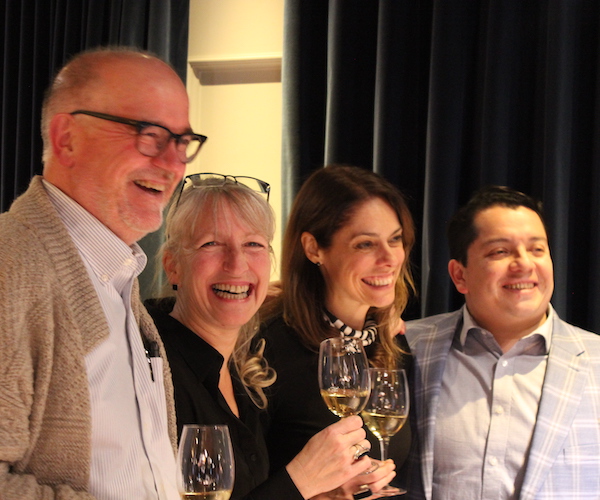 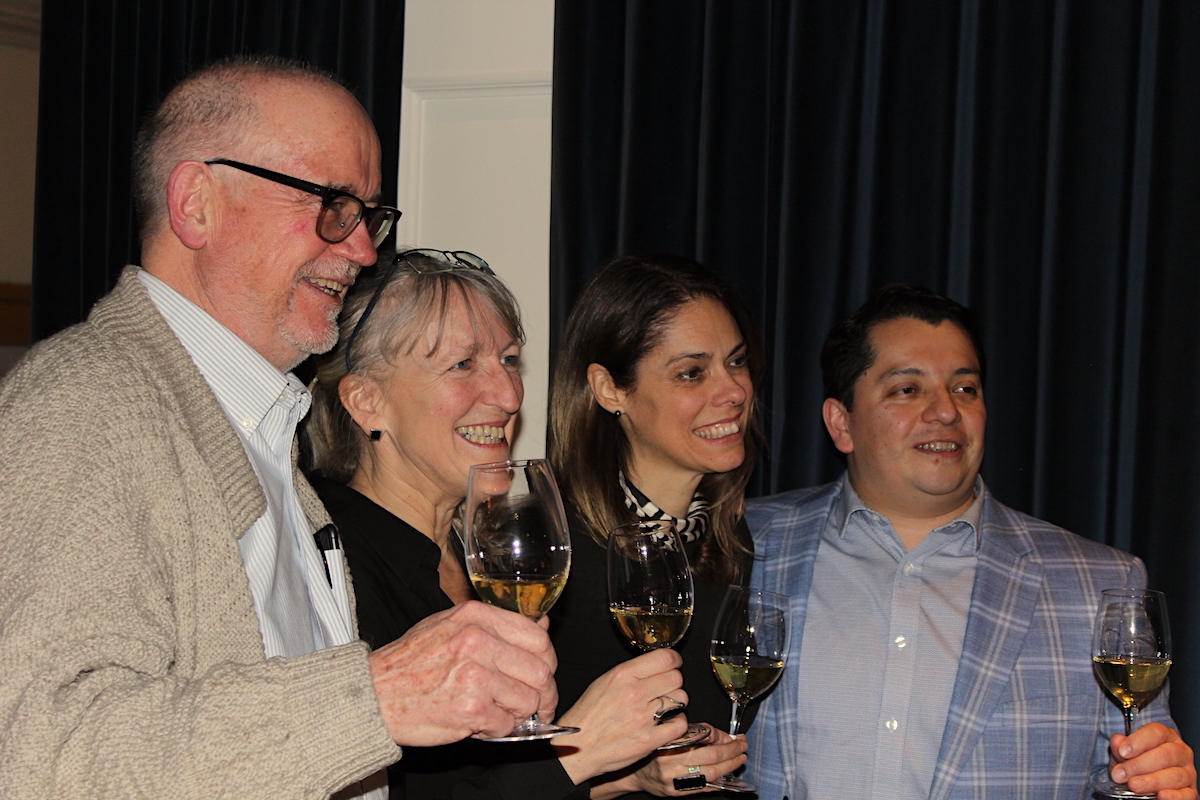 Over lunch, Steven Campbell casually remarked that he’s known for his concern for the environment. This is received as an understatement. As a wine importer, Campbell spent the last quarter century championing producers who took climate change seriously, culminating in the launch, last year, of his Kind Wine line of carbon neutral wines from around the world and close to home. So, yes he’s known as a committed environmentalist, and it was no surprise that he was behind the Australian Wildfire Grand Tasting Fundraiser held this week at Terroni on Adelaide. What is less well known is that in the afternoon before the big fundraiser, and after lunch at Grand Cru Deli, Campbell and the Ontario chapter of CAPS, organized a small tasting of older Australian wines from his cellar, presented as a masterclass by three of Canada’s top sommeliers: local champion José Luis Fernández, Véronique Rivest from Gatineau and Michelle Bouffard from Montreal. Bouffard, in particular, is also known for her concern for the environment, having organized the first Tasting Climate Change conference in Montreal last November.

The tasting was sold out and the attendees sat in club chairs in the gallery bar overlooking the event space where the Grand Tasting was to be held. It was an eclectic audience of CAPS members (sommeliers and wine trade) and people, like me, wit a connection to Campbell or one of the presenters. At my table was a theatre producer who knew Campbell as a patron of the arts, and a surgeon who knew Fernández from the Hamilton Golf Club where he is the sommelier. We tasted leisurely through eight outstanding wines. First the 2018 Shaw and Smith Sauvignon Blanc, from the Adelaide Hills, which sustained much damage from the wildfires. Crisp and full of citrus and stone fruit it woke up the senses and got us charged for the work ahead. Before giving the floor to the three sommeliers, Campbell told us Shaw and Smith had only just been saved from a fire, and reminded us the two Masters of Wine had established their winery with the goal of making Australia’s best white wines. From their we moved to the Clare Valley for the 2008 Mitchell ‘Watervale’ Riesling. Rivest made a point of the wine’s age, which was well taken because it was showing like a much younger wine. I certainly appreciated being reminded, as it was vibrant and lean over notes of petrol. From there we traveled across the continent to the Margeret River for the 2015 Cullen ‘Kevin John’ Chardonnay. I am a sucker for well made Chardonnay, and the Kevin John was in glorious balance: good acidity, big stone fruit and just a hint of oak to proclaim its fanciness. Rivest called this wine “The new Australia”, and Bouffard remarked you could taste craft in the glass, adding that in this age of prizing labels like “biodynamic” or “natural wine” it’s “easy to forget that the winemaker actually has to know how to make wine”. 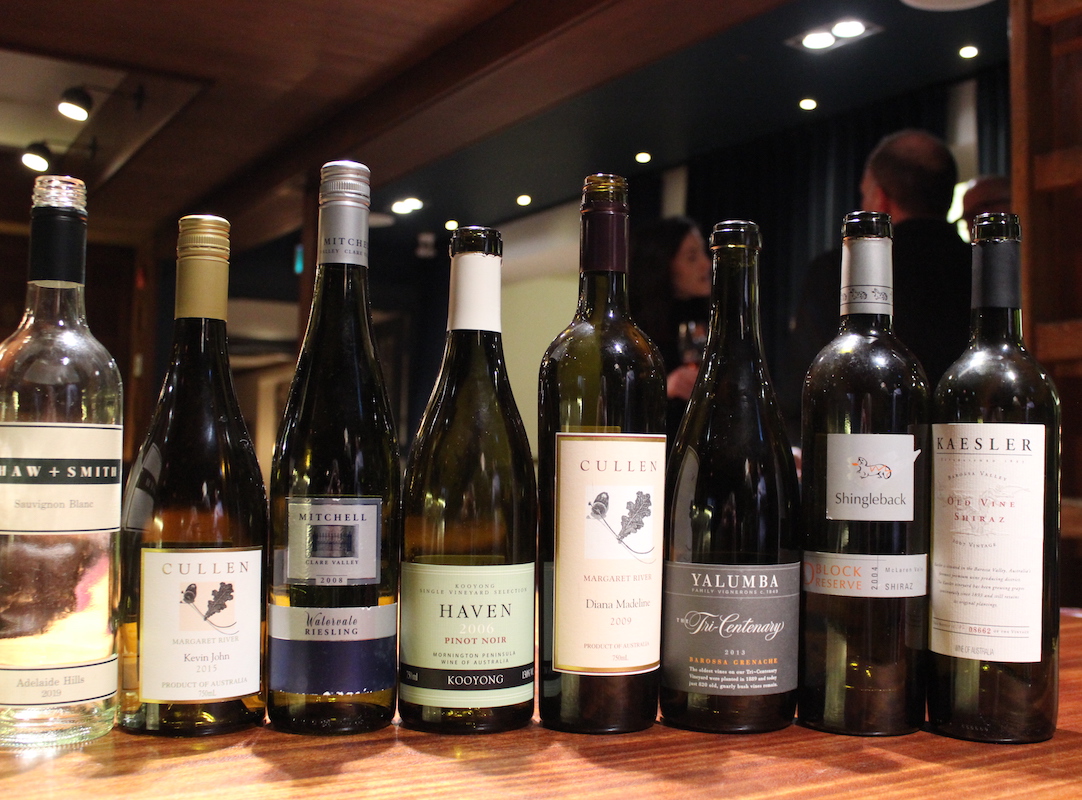 From the whites, we started on the reds, and traveled back east to the Mornington Peninsula for 2006 Kooyong ‘Haven’ Pinot Noir. Fresh and alive with red fruit, this 14 year old wine showed vibranty young. Fernández remarked it was clear that the Haven was made to age, liking it to a Burgundy Grand Cru. For the fifth wine, we went back to Margaret River and availed ourselves to the 2009 Cullen ‘Diana Madeline’ Cabernet Sauvignon. Here was a wine that confounded my expectation for an Aussie Cab: elegant and showing cherry fruit, with just a hint of bell pepper on the finish. From there we headed back to South Australia for a taste of Grenache, which is experiencing a bit of a renaissance in Australia. Grenache was widely planted in the 19th and early 20th centuries to make an antipodean version of Port. These old vines are being rediscovered for their ability to make complex fine wine. The 2013 Yalumba Tri-Centenary Grenache, from the Barossa Valley, is made from vines planted in the 1880’s and so have seen three calendar centuries. Juicy and bursting with vermillion fruit, this wine was a crowd pleaser and Bouffard opined that it was at the centre of an Australian Grenache Revolution. Vive la revolution. From Barossa we went over to the McLaren Vale, a region Bouffard praised for it’s innovative program of re-using grey water from nearby Adelaide. It was time to go for the grape most associated with Australian winemaking, and the 2004 Shingleback ‘Block D Reserve’ Shiraz was a lovely place to land, full of Ribena black currant and a little eucalyptus mint. Once again, this wine had energy that belied its age. Finally, we went back to Barossa for the 2007 Kaesler Old Vine Shiraz. Rivest reminded the crowd that Australia has some of the oldest vines in the world, and more of them than anywhere else. “You don’t fined old vines in Bordeaux or Burgundy,” she explained, “places with money would always replant.” These old vines produced an old wine with deep, deep black fruit and notes of violet and mint.

At the beginning of the tasting Steven Campbell explained that the terrible effects of the Australian wildfires on the wine industry are not yet known. His expert panel of sommeliers agreed, notifying that many producers won’t know the extent of smoke taint damage until it’s time to make the wine and many, like Tyrrell in the Hunter Valley north of Sydney, won’t be bale to make any wine this year at all. The remedy is to buy and enjoy Australian wine, the pleasure of which was clearly demonstrated that afternoon.

Another pleasure encountered that afternoon, which was unexpected, was a sneak peek of the video below. The journalist and filmmaker Kim Gertler, who is also on the board of CAPS, was in attendance and showed a few of us his work documenting the Taste of Climate Change conference that Michelle Bouffard organized. We got to see it as she did for the first time. It’s slated to be shown next week at the Vancouver Wine Festival, but Gertler has kindly given GFR permission to show it now. 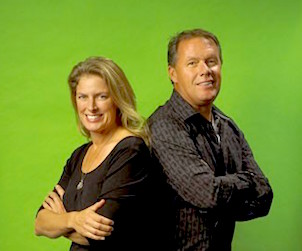 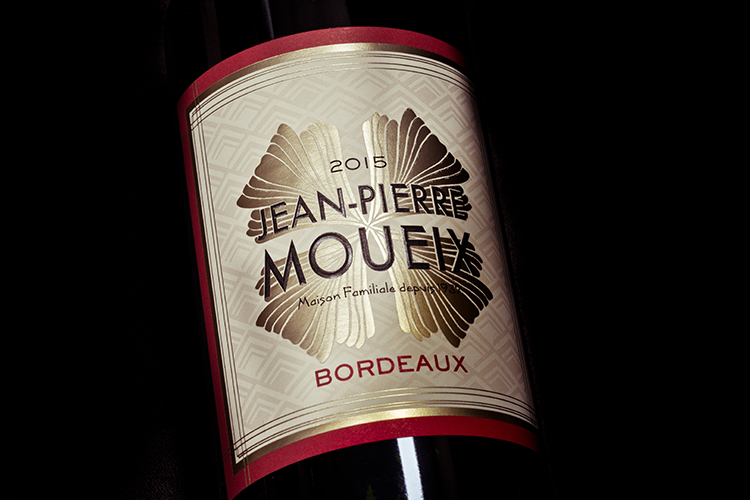 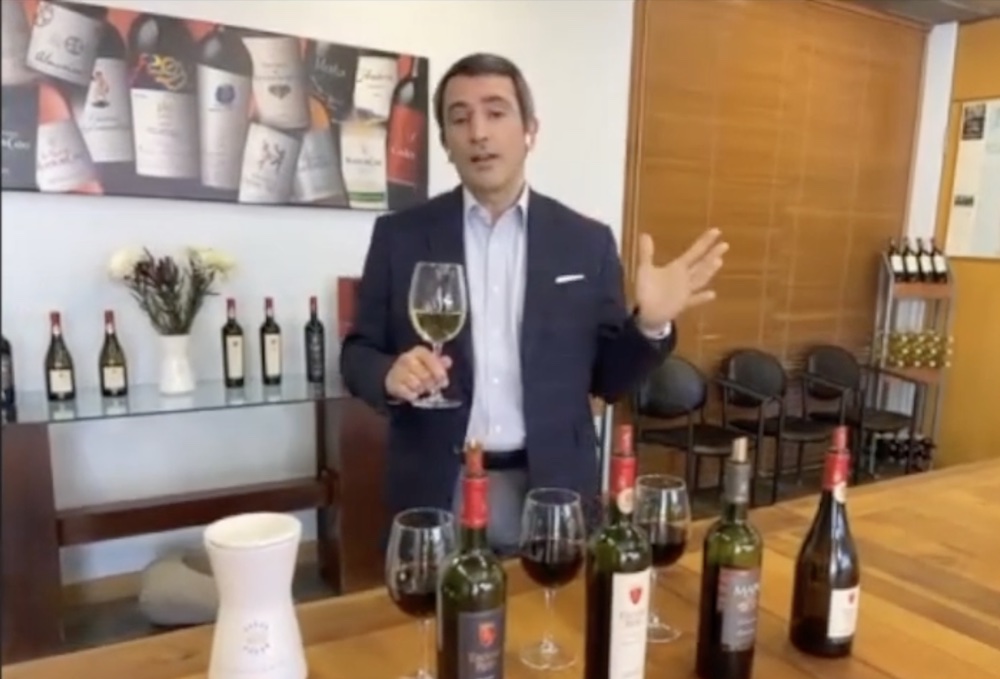 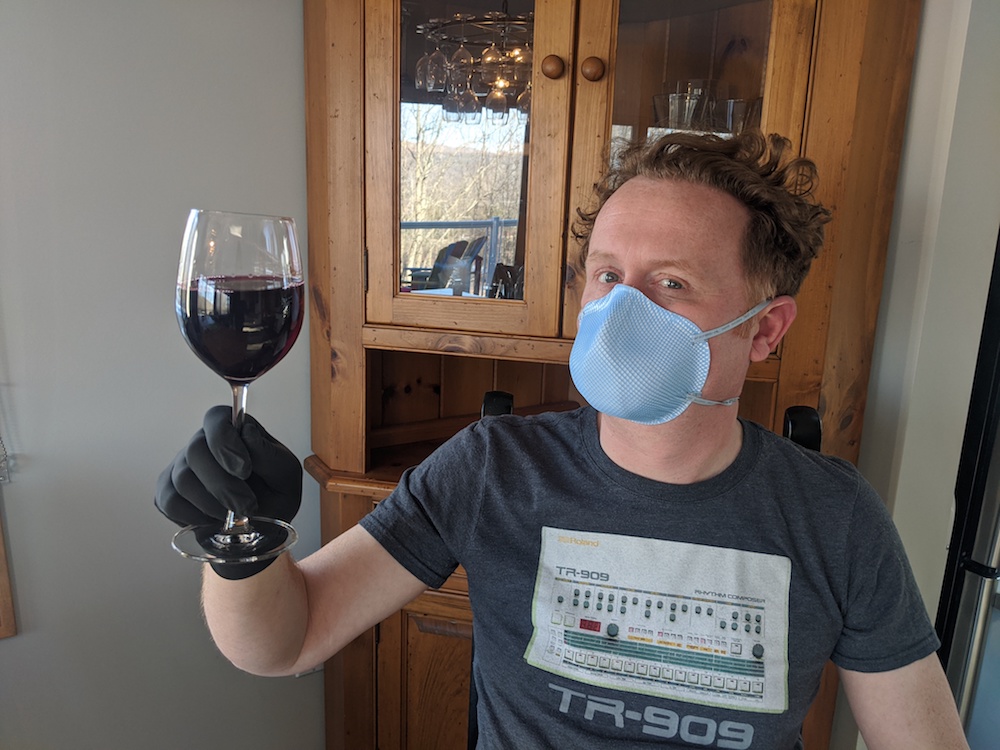