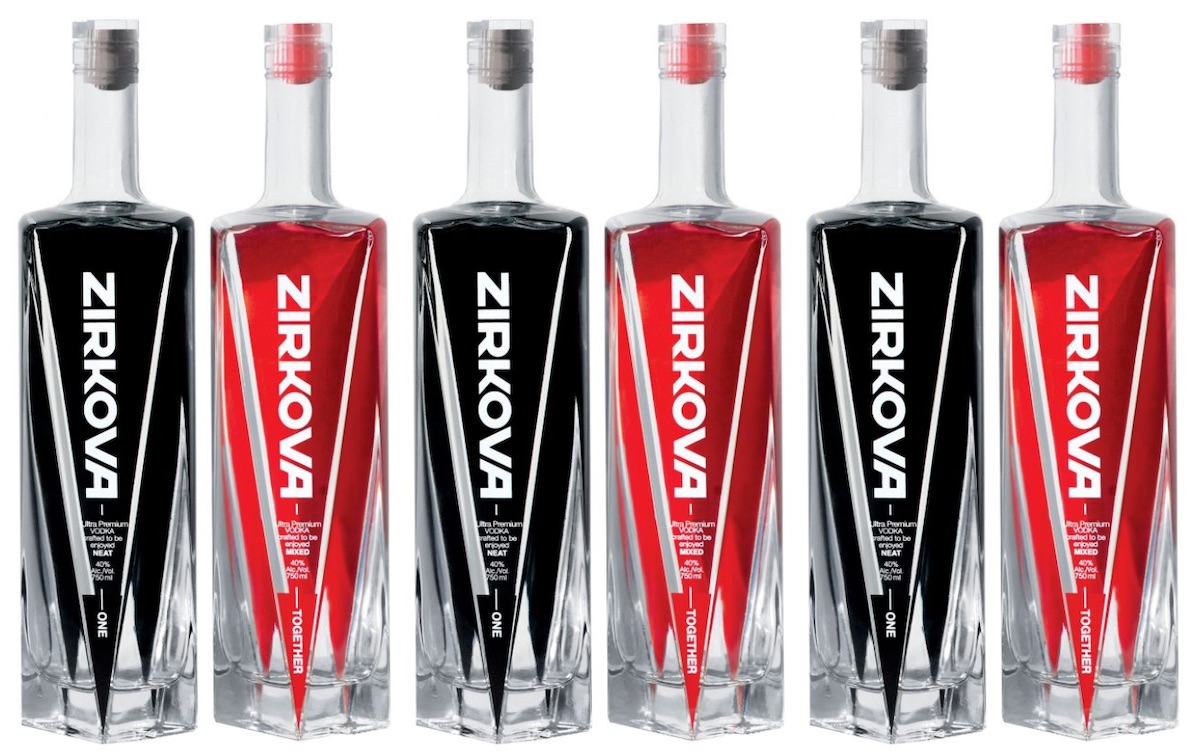 I’ve said it once and I’ll say it again; I’ve always thought vodka was like the quintessential little black dress. It can be enjoyed in austere purity, by simply chilling a bottle in the freezer and pouring in shot glasses, European style. Or, in a classic dry martini, with a twist of lemon, NYC all the way, where the martini was made famous at The Algonquin Hotel, just around the corner from 5th Avenue, where I happened to stumble upon it after buying a little black dress, of course, when I was last in the Big Apple. (Although, gin was the spirit for Dorothy Parker and all her writerly friends at the infamous round table there…)

Vodka is exalted for being flavourless and odorless, the perfect mixer for cocktails. What prompts me to try a different vodka is the promise of purity. Vodka goes through several distillations to achieve its pristine quality. That brings me to an interesting vodka duo under the label Zirkova which recently arrived for me to taste.  The two Zirkova vodkas, ONE ($30.20 – LCBO# 638197) and TOGETHER ($30.20 – LCBO# 638205), are premium brand vodkas from the Ukraine. Both are produced using rye and wheat, which is an important fact for the vodka aficionados who may have specific preferences.

Virtually any surplus agricultural product can be used to make vodka. Ukraine has been known as the breadbasket of Europe, so logic dictates the abundance of the grain be used in Zirkova vodka production, but water source is important, and that happens to be in the Cherkasy region in a little town called Zolotonosha. The artesian waters were once the Tsar’s own water source, for his own production of vodka and for the purity and mineralization of the water, which is another important aspect of vodka production as water is blended to the full strength spirit.

As an aside, let’s explore how different agricultural sources affect the vodka. I’ll stick to four of the usual suspects.

Rye is a typical grain source and it contributes a fuller mouth feel, with hints of sweetness from the grain. It can also retain a  slightly spicy element after distillation.

Wheat has the lightest style. Winter wheat crops are sown in late fall, allowing for germination and then a long period of ‘sleep’ before growing in the spring which helps the wheat produce a higher starch content and  lower protein. Starch is critical to distilling quality while protein is secondary.

Potatoes contribute a clean, bold style with elements of fruitiness, and that is typical of many Polish vodkas and corn, like wheat, is high in starch content.

So although there are many agricultural sources for vodka, Zirkova uses the traditional approach. Why mess with tradition or in the case of this super premium brand that sells for substantially less then many of the top luxury brands? I wondered if there was a difference in the ratio of rye to wheat in each expression of Zirkova, so I asked John Velinga, co-founder of the brand and this is what he had to say;  “The difference between Zirkova One and Zirkova Together cannot be found in the ratio of wheat to rye – as they have the exact same ratio – in fact the exact same centre cut quadruple distilled spirits. They also have the exact same artesian water, so the base of the two products are identical: they start out as identical twins.  The entire difference you can notice – comes from their unique filtering and finishing processes – where the character of the two products are differentiated. Zirkova ONE is more alkaline and mellow, making it beautiful for sipping, while Zirkova TOGETHER is left more bright and aromatic – which helps to enhance flavours.”

Find out more at zirkova.com or you can follow Zirkova Vodka on facebook and access the 7 O’ Clocktails episodes with Katherine and John Vellinga, co founders of Zirkova Vodka, based in Oakville.

DIRECTIONS:
Shake to chill and strain into a Nick and Nora (1940’s film couple) coupe glass, chilled, then rinsed with absinthe. Garnish with a long curl of lemon peel..

About the Author: Patricia Noonan