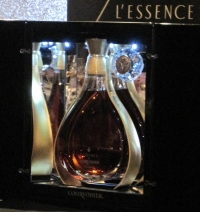 As you get older, you start to figure out there are a few things that probably aren’t ever going to happen.

For example, I’ve determined untold riches are probably not in my cards. The private island is looking less and less likely. Ditto the New York apartment. Hell, the sectional couch from Leon’s is looking kind of touch and go these days. And, as for a $3,200 bottle of cognac, well, enough said.

Since I know I’ll never be able to buy one, I can safely say I got about as close as I’m ever going to get to such a beast recently when Pierre Szersnovicz, director of spirit quality control at Courvoisier, invited a few of us to the Platinum Lounge at the Air Canada Centre to take a gander at the bottle and enjoy a wee dram of Courvoisier’s L’Essence, which launches this month.

Szersnovicz is leaving 15 bottles of L’Essence in Ontario then conveying 15 more to British Columbia. I understand it will be available at the LCBO for the aforementioned price – plus, of course, the 20-cent bottle deposit. Buyer beware: that’s probably 20 cents you’ll never see again, since few will think to return the signature Baccarat bottle.

Enough of the foreplay: On to the showstopper. It tasted good. Quite good. Possibly even great. L’Essence is made from, like, a hundred aged eaux-de-vie – some dating back to the 1970s – carefully selected and blended by masters Jean-Marc Olivier and Patrice Pinet who are responsible for finding the perfect blend.

Szersnovicz describes it as being a light-tasting cognac with honey, cigar leaves and dry fruit. I guess those might have been in there but, with age comes candour, and I didn’t really taste a lot of those things. It was a fine cognac with a nice light caramel colour and a smooth finish which, frankly, put me in mind of something in a whiskey.

This might make me sound unqualified for the privilege of tasting this rare bird but, in truth, I also had a bit of palate fatigue, from previously tasting the four other Courvoisier products: the VS, the VSOP, the Exclusif and the XO. I don’t feel at all bad about this, since, presumably, the whole point of launching an extravagant product like L’Essence and then taking it on a world tour is to draw attention to other, more affordable brands.

A launch like this is a chance to re-taste some cognac we might have neglected over the past few years. Courvoisier is one of those products which we know is solid but sometimes overlook in our search for novelty. This tasting – brilliantly conducted by the charming and entertaining Szersnovicz – was a chance to reacquaint ourselves with an old friend. The VS doesn’t disappoint. It’s a nice amber-straw colour and a solid after-dinner drink. The VSOP, aged at least twice as long, has far less of a woody taste, a fuller body and a sweeter aroma. The XO is a silky, nutty brown and, aged for 25 years, as the director of spirit quality control says, a harmonious blend.

The news to me, really, was the Exclusif. Szersnovicz had me feeling kinda sceptical when he explained that Exclusif was a good base spirit for cocktails, which are always better when made with better quality spirits. That assertion is, well, to be polite, not jiving with my experience with cocktails.

Truth is, there is no steady formula for a successful cocktail based on the quality or price of ingredients. Alcoholic minglings are far too complicated for that. Add a really good sipping Anejo tequila to a margarita and you’ll, often as not, ruin it. I once tried making a Sidecar with the best Hennessy at a bar – using another person’s booze is the best way to experiment with the good stuff. Especially since the result was atrocious. Trade secret: cheaper is actually often better. And people who really practice the craft try to be as disconnected from the marketing forces of the booze industry that have made so many brand loyal. I often try five or six different spirits with each cocktail to find the right flavour profile.

But I digress. The Exclusif was a pretty tasty, subtle little number with the right harshness for a good cocktail. I could actually see it working in something. And at $69.95 a bottle, it’s conceivable I’ll even pick one up and take it back to the test kitchen. I’ll let you know how it turns out.

Christine Sismondo is a writer, teacher and boozehound who lives in Toronto. She is currently putting the finishing touches on America Walks Into a Bar (Oxford University Press – May 2011), the first comprehensive history of the bar from taverns to T.G.I.Fridays. 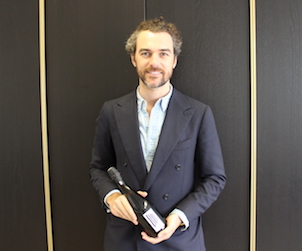 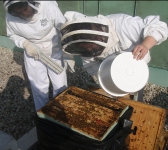 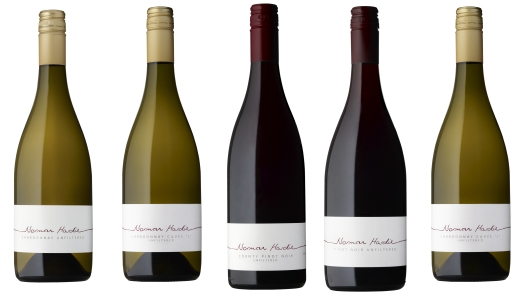