At The Gambero Rosso Tasting

Malcolm Jolley tastes his way from the Alps to Africa on some of Italy’s best wines. 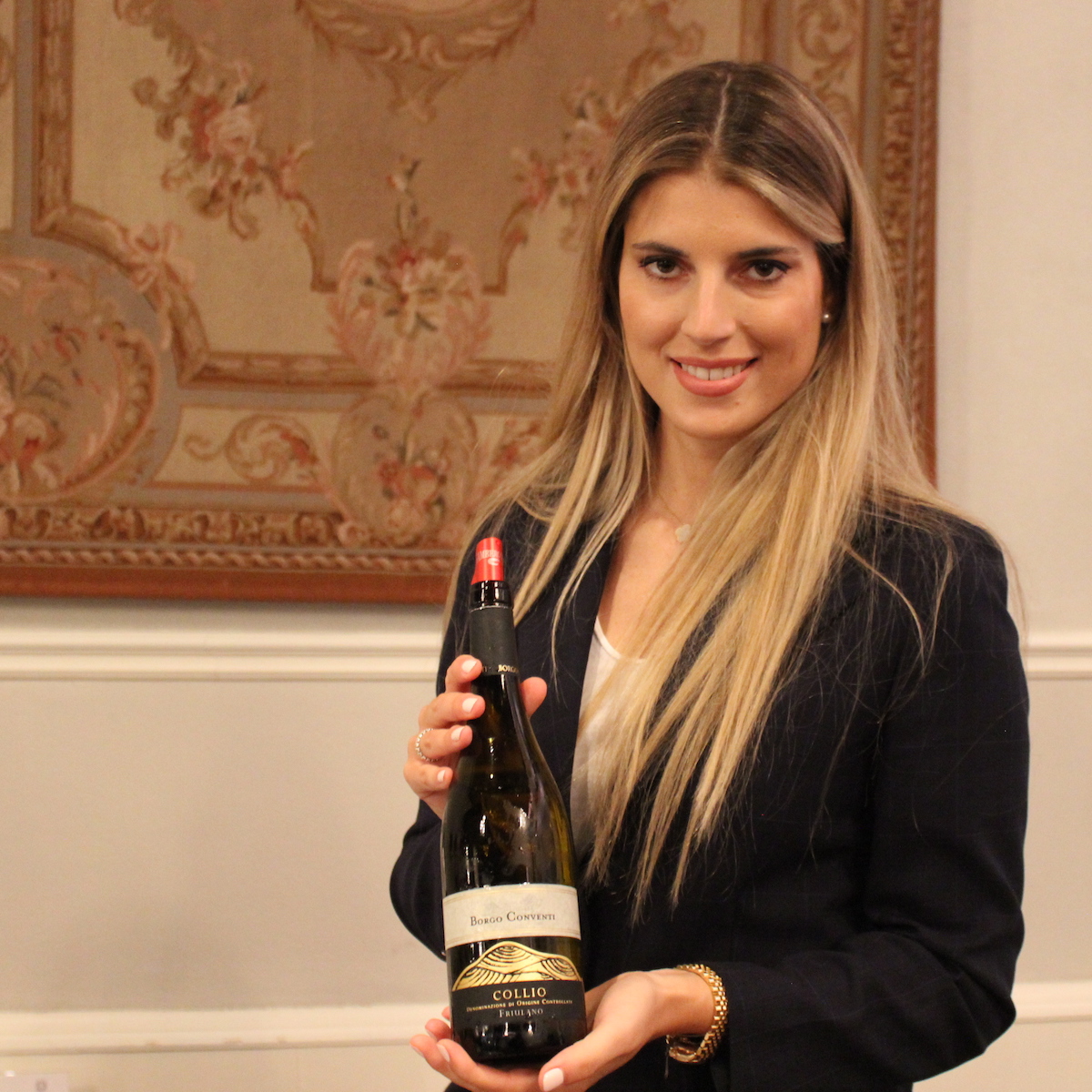 The annual Gambero Rosso wine tasting takes its name from the influential Italian wine magazine that organizes it along with the Italian Trade Agency. Toronto is one of many stops around the world, and it’s an opportunity for local importers to show off to trade and media the Italian wines in their portfolio that have won awards from Gambero Rosso, including the coveted ‘best in class’ Tre Bicchieri, or three out of three glasses. It’s also a chance for unrepresented wineries to find importing agents and get a sense of whatever foreign market the show has landed on that day. I try and go every year, since the quality of the wines is more or less guaranteed by virtue of the wineries’ recognition by Gambero Rosso, and it stokes my general affinity and interest in Italian wines gy giving me the opportunity to try some new things and re-acquaint myself with some old favourites.

My first stop was over at Cru Wine Merchants, who were pouring one of my very favourite Prossecco’s: Sorelle Bronca. The Bronca sisters truly produce wines that are miles above most bubbles, including the Difetto Perfetto (‘Perfect Defect’) which ages on lees, and is as complex as it is bone dry. From the hills of Valdobbiadene I headed to straight south to Campania to see The Vine Agency and enjoyed a taste of the ‘en primeur’ La Guardiense Janare Falanghina de Sannio 2018, which can be found on more discriminating wine lists around the city. Then, it was back up tot he Veneto for a quick taste through wit Profile Wine Group of just some of the prosecco from the iconic Villa Sandi. I thought their Il Fresco Brut Rosé was particularly fun with pronounced note of strawberries that made me look forward to sunny afternoons in June. Diva Moretti Polegato, whose family owns Villa Sandi, was at the table, pouring wines from Friuli Venezia Giulia where her family recently acquired producer Borgo Conventi. While Polegato told me she was particularly fond of their 2017 Collio Sauvignon Blanc, which is excellent and classically Old World, I really impressed with the more fruit driven 2017 Collio Friulano. In fact, I tasted it twice just to be sure. Just as I was about to leave the Profile table and start on the reds, I spotted the Velenosi Offida Pecorino Villa Angela 2018, en primeur from the Marche. It was lovely, full of lemons and little bit of salty minerality and, I was told, available in consignment for $16. The Velenosi was near Ruben Elmer’s The Case For Wine table, which featured the Valpolicella producer Monteci and listed only some of their red wines in Gambero Rosso’s tasting booklet (Amarone and Valpolicella Classico and Ripasso), but I was pretty sure I saw him pouring a white. I did: the Monteci Lugana 2016. I am a big fan of Lugana and really enjoyed my stone fruit forward and vibrant tasting, and was pleased to hear The Case For Wine has kept it’s price point to $19. Is Lugana the next big wine story from the North of Italy? 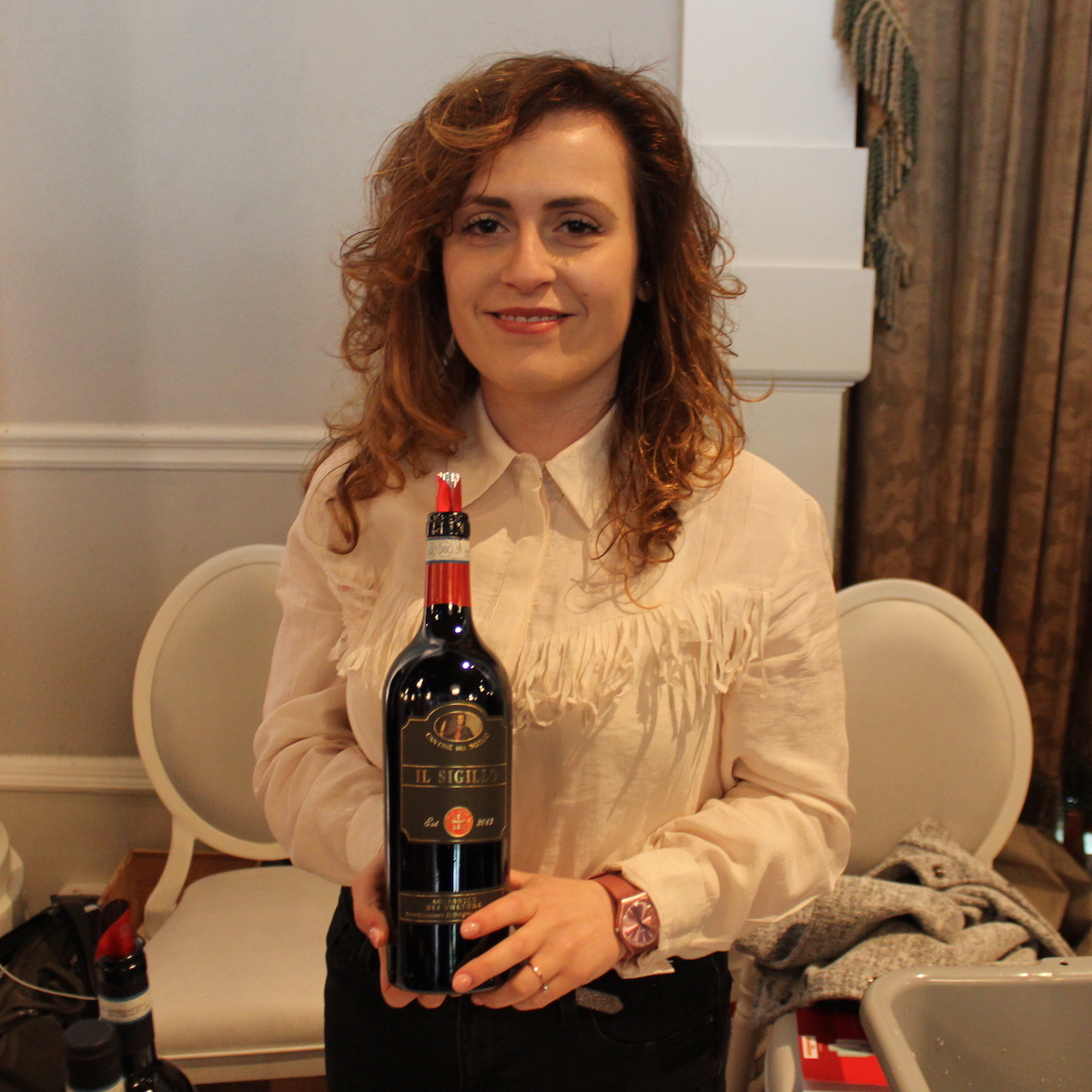 I moved down to Central Italy for my pivot to red wines, and eased into them at the Lifford table to taste the Cerasuolo d’Abruzzo 2018 from Valle Reale, which I really enjoyed. Structured, deeper coloured rosé seems to be out of fashion these days, so it’s nice to taste a more gastronomic, textured and deep dark cherry one like Villa Reale’s. The organic producer’s old vine straight Montepulciano’s were equally fruit forward and delicious; all in keeping with one of Abruzzo’s new wave winemakers. Now it was time to get serious and start into Piedmont. First, I went over to see Nicholas Pearce, who was pouring wines from one of the younger and energetic Albeisa producers, Réva: both the Barolo (2015) and Barbera (2017) from the Ravera vineyard, both were deep, dark and delicious, as was the 2017 Réva Nebbiolo d’Alba, which is a beautifully complex cherry noted wine for just under $30. I often think the real story in Piedmont is the amazing quality of the ‘lower’ classified wines, which are often much more approachable young, but still wonderfully complex as well as bright. The 2014 Langhe Nebbiolo No Name from Borgogno at the Noble Estates could be a case in point, though it’s actually a blend of wines from three of the winery’s holdings in top Barolo cru’s: Cannubi, Liste and Fossati. Speaking of which, the 2013 Cannubi was showing particularly well, with dark cherry notes bleeding into cassis and violets. From the foothills of the Alps to the arch of the boot: my last stop was at the Dionysus table to taste some wines from Basilicata, a region I know little about. There I met Nunzia Palazzo from Cantine del Notaio. I was absolutely impressed with the 2016 Aglianico del Vulture Il Repertorio, a no oak bargain of a red wine full of fresh dark red to black fruit. It was a wonderful and delicious challenge to stereotypes about overwrought Southern Italian reds, and great way to wrap up the day. Alla prossima.